Accessibility links
Ghetto Brothers: Guitars Over Guns The group's one and only album, Power Fuerza, provides a snapshot of a pivotal moment in musical and political history in 1970s New York City. 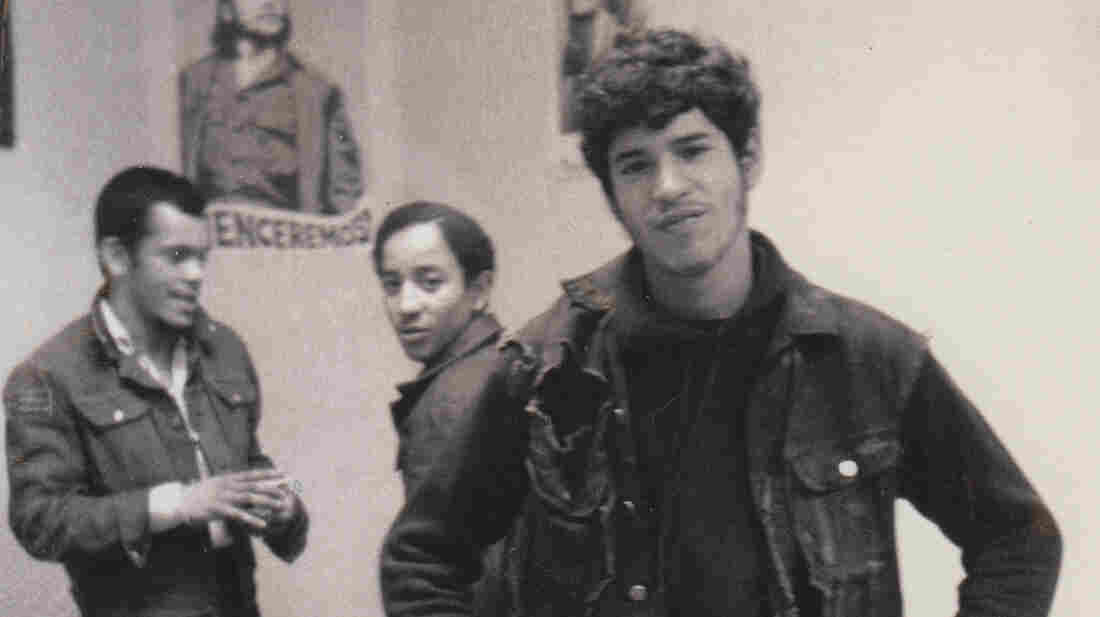 Benjy Melendez (right) founded and led The Ghetto Brothers in the early 1970s. Courtesy of the artist hide caption

There Is Something In My Heart

2:25
This album is also available from Truth and Soul Records.

The Ghetto Brothers functioned as one of many youth gangs that formed in the 1960s as economic woes and governmental neglect began to transform New York City's South Bronx for the worse. Led by Benjamin "Benjy" Melendez, the gang was originally, literally, just him and his brothers. As kids, they had called themselves Los Junior Beatles, and that Fab Four influence never left.

In 1971, Melendez and The Ghetto Brothers were pivotal in helping to broker a truce between various Bronx gangs. The Brothers channeled their formerly felonious energies into music instead. For their one and only album, Power Fuerza, they drew on everything from Frankie Lymon's street-lamp doo-wop to Santana's fuzzed-out Latin rock.

Power Fuerza documents a unique musical moment in early 1970s New York history. You can hear the lingering influence of rock 'n' roll, the height of funk's impact and the burgeoning salsa era. The album also captures the political shifts of the time, especially with the rise of a Puerto Rican independence movement that swept through New York City's uptown.

The peace treaty that The Ghetto Brothers helped negotiate was pivotal in the eventual emergence of hip-hop in the South Bronx, but the group's musical career faded too quickly for it to have joined in. Power Fuerza dwelled in obscurity for decades. However, by the time some deep-pocketed Latin record collectors rediscovered it a generation later — drawn to its remarkable back story and mix of sounds — it had become a collector's item worth up to $1,000.

With its reissue, Power Fuerza returns to us as a time capsule of sorts, but its message hasn't dulled with the intervening years: Choose guitars over guns, and let music be your mayhem.