Accessibility links
All Over The Map: Cartography And Conflict A newly issued Chinese passport featuring a map that lays claim to disputed territory with several neighboring countries is only the latest case of cartographic aggression. From Latin America to East Asia, maps have long played a central role in territorial tussles.

All Over The Map: Cartography And Conflict

All Over The Map: Cartography And Conflict 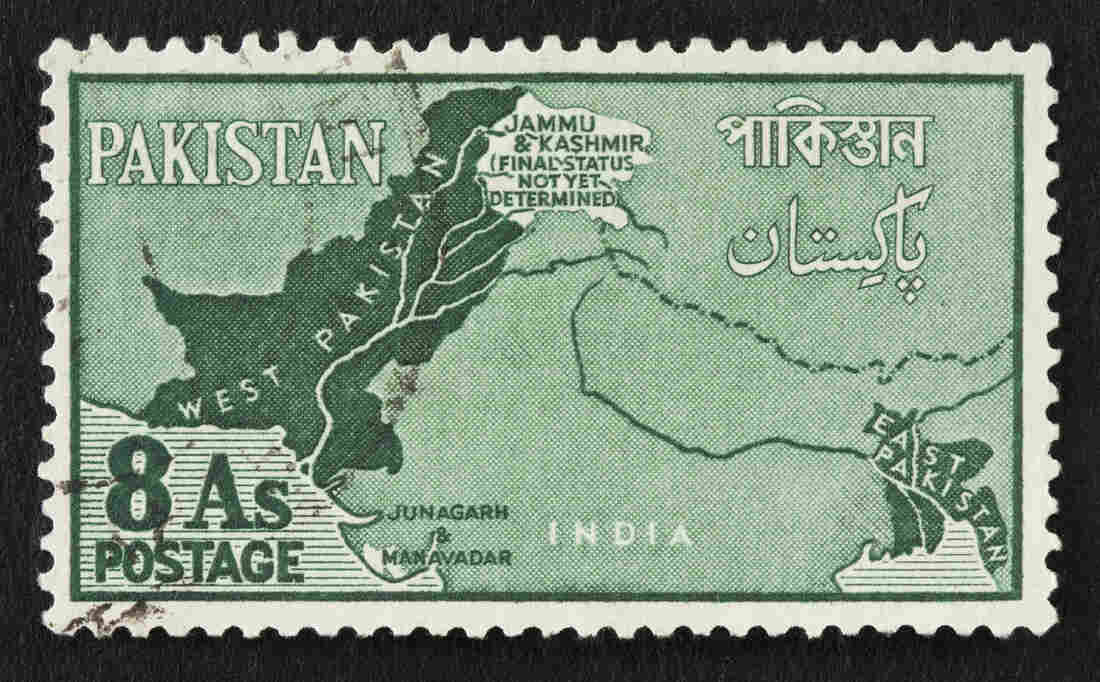 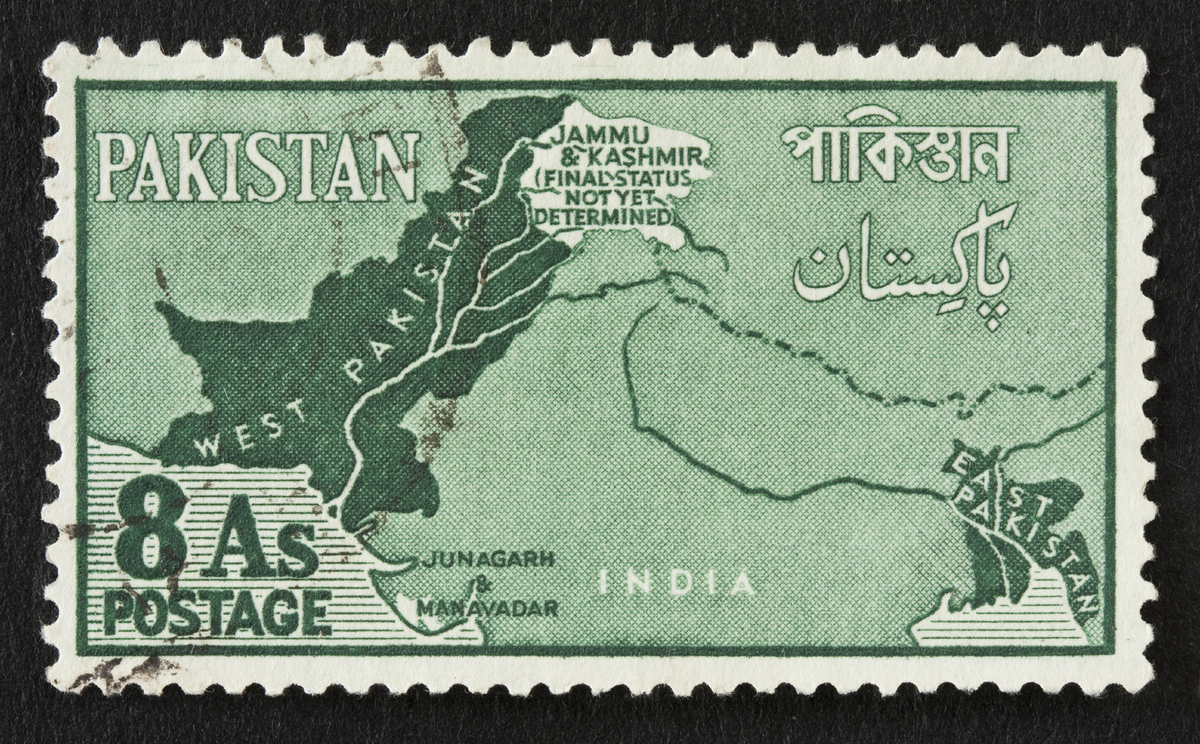 A stamp issued in 1960 shows the disputed Kashmir region between Pakistan and India.

Alexander Murphy recalls visiting a Guatemala museum some years ago and gazing up at a huge relief map of the country. Something about the borders struck the University of Oregon geography professor as out of place.

"And then I realized, 'Wait, all of Belize is shown as part of Guatemala,' " Murphy says. That's when he remembered a decades-old territorial dispute between the two Central American neighbors.

Maps, like statistics, can lie — or at least tell only one side of the story. As often as not, they can belie the level of actual governmental control or the ethnic and social realities on the ground. And competing views over "who owns what" invariably fuel nationalistic fervor. 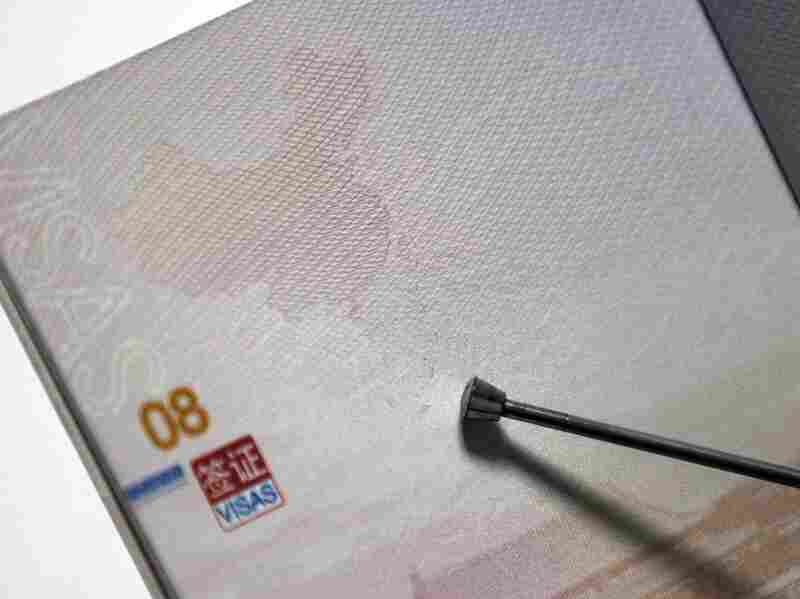 A map in China's new passports shows disputed islands and territorial waters as belonging to China, which has angered several of its neighbors. He Yuan/EPA/Landov hide caption 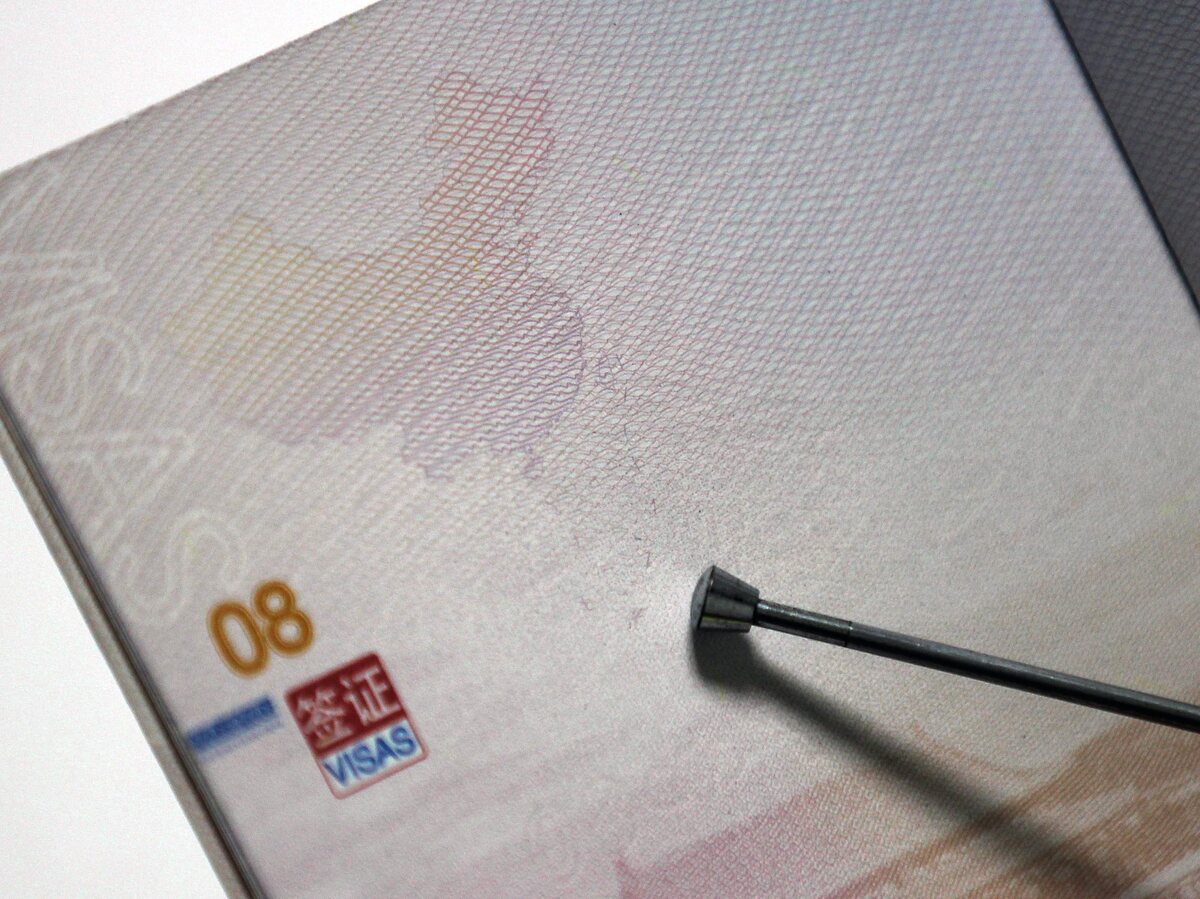 A map in China's new passports shows disputed islands and territorial waters as belonging to China, which has angered several of its neighbors.

Case in point: China sparked an international uproar in the past week over its newly revised passports featuring a map of the country that includes territories claimed by India, Vietnam, the Philippines and Taiwan.

India is incensed that the map shows two mountainous regions along its northwest and northeast — a sliver of Kashmir called Aksai Chin and another slice near Myanmar that India refers to as Arunachal Pradesh — as part of China. The two countries fought a short-lived, intense and ultimately inconclusive border war over the areas in 1962.

Vietnam and the Philippines are outraged that disputed swaths of the South China Sea are depicted as being firmly under Chinese control. In the case of Taiwan, the territorial tussle is over the island itself.

Rather than stamp the new Chinese passports, thus tacitly acknowledging Beijing's claims, immigration officials in India, Vietnam and the Philippines are stamping their own form and inserting it into the travel document. India has gone a step further and is now issuing visas to Chinese visitors featuring its own tit-for-tat map.

A Game Of King Of The Hill

Coalter Lathrop, a professor at Duke University who specializes in international maritime law, says the flap is more about nationalism than the law: "If a country came to court and said, 'Look, this passport has our version of the world on it and the other side stamped it,' that would be totally irrelevant if it happened after that dispute crystallized."

Google addresses the Indo-Sino border problem by generating different maps for different audiences. So if you accessed Google in China, you'd see a map showing the disputed areas under Beijing's control. In India, it's just the opposite. And Apple's glitch-plagued map software for the iPhone 5 provides an inadvertent solution to the tug of war between Beijing and Tokyo over a group of islands in the East China Sea.

"Maps are territorial, they're basic," says Robert Kaplan, chief geopolitical analyst at the intelligence think tank Stratfor and author of several books, including The Revenge of Geography: What the Map Tells Us About Coming Conflicts and the Battle Against Fate. "It's the naked primate game of King of the Hill."

The University of Oregon's Murphy cites numerous examples where cartography is at the heart of ongoing political disputes. Maps published in Peru and Chile, for example, show different land and sea borders — the issue over land dating back more than 100 years and the maritime dispute stemming from a disagreement in the 1980s. And those printed in Argentina still include the "Islas Malvinas" — a claim that backed Buenos Aires into the humiliating Falklands War with the United Kingdom in 1982.

Some countries have even used maps on postage stamps as a sort of passive-aggressive way of pressing a territorial claim.

Murphy, a past president of the Association of American Geographers, recalls a conference he attended a few years ago in China's Xinjiang Province, which borders the disputed Aksai Chin region.

"I was giving a talk to the Chinese Geographical Society, with some 1,000 geographers in attendance," he says. "I had a map that was based on a study done in India ... but I was asked to cover up the border so that it wouldn't be a source of agitation for the audience."

"They obscure how much control the government actually has," Kaplan says. "Look at a map of Mali, Niger or Chad and you think, 'Oh, so the government controls all that territory up to the border,' but then you go to one of those countries, and you find that the roads disappear after you leave the capital city, and the governments have no control out there."

In fact, the straight line borders of many countries in the Mideast and Africa are a legacy of European powers carving up colonial spoils and unwittingly planting the seeds for future conflict, according to Murphy.

Most of the political map of Africa, for example, was drawn at an 1884-1885 conference in Berlin, where the European powers of the day set borders "depending simply on what their positions were on the coast and how powerful they were," he says. Nobody from Africa was even invited.

Many of these demarcations are irrelevant to the people who live there, Kaplan says. In places such as Tunisia, Algeria and Mali, he says, "there are borders on the map, but on the ground there's nothing there."

There is perhaps no better illustration of the combustible mixture of maps and nationalism than the Siachen Glacier, billed as the "world's highest battlefield," in the hotly disputed Kashmir region between India and Pakistan.

The inhospitable region, of questionable strategic value, was largely ignored by India and Pakistan until the 1980s, when maps produced by the U.S. Defense Mapping Agency showed it as Pakistani territory. The rival countries have fought intermittently over the frozen wasteland — where temperatures plunge to 50 below zero — for nearly three decades. Indian and Pakistani soldiers clad in white parkas maintain military outposts at the oxygen-starved altitude of 20,000 feet. Thousands of soldiers have died there over the years, mostly due to weather.

Commentators and former military men in both India and Pakistan have noted the pointlessness of the conflict, but the map has a power of its own, Kaplan says. He adds that while the two sides might be able to reach compromise on other issues, territorial claims are primary, and to give ground is a loss of face.

"If they cede even an inch of frozen territory on the map, they fear that would show weakness," Kaplan says.