Accessibility links
Propeller Planes Come Back Amid High Fuel Prices Record-high fuel costs have hammered airlines, forcing executives to eliminate flights, cut back on unprofitable routes and make passengers pay for many perks that used to be free. Now the airlines are looking at other ways to save money — and they're turning to propeller planes. 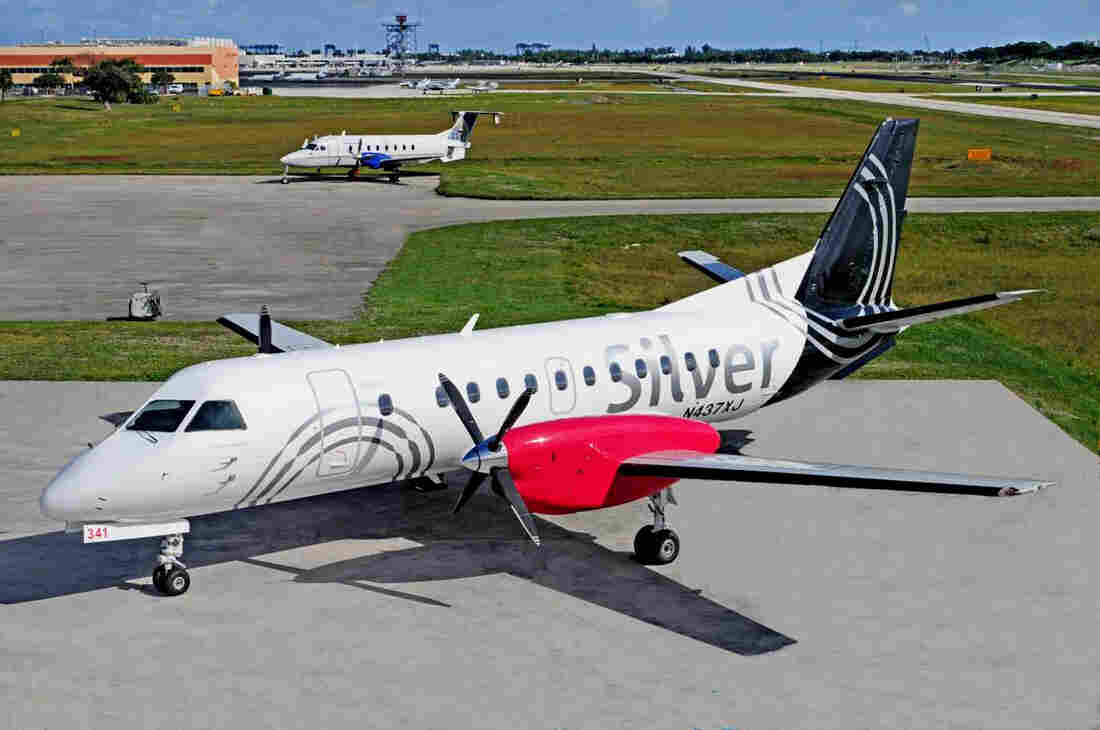 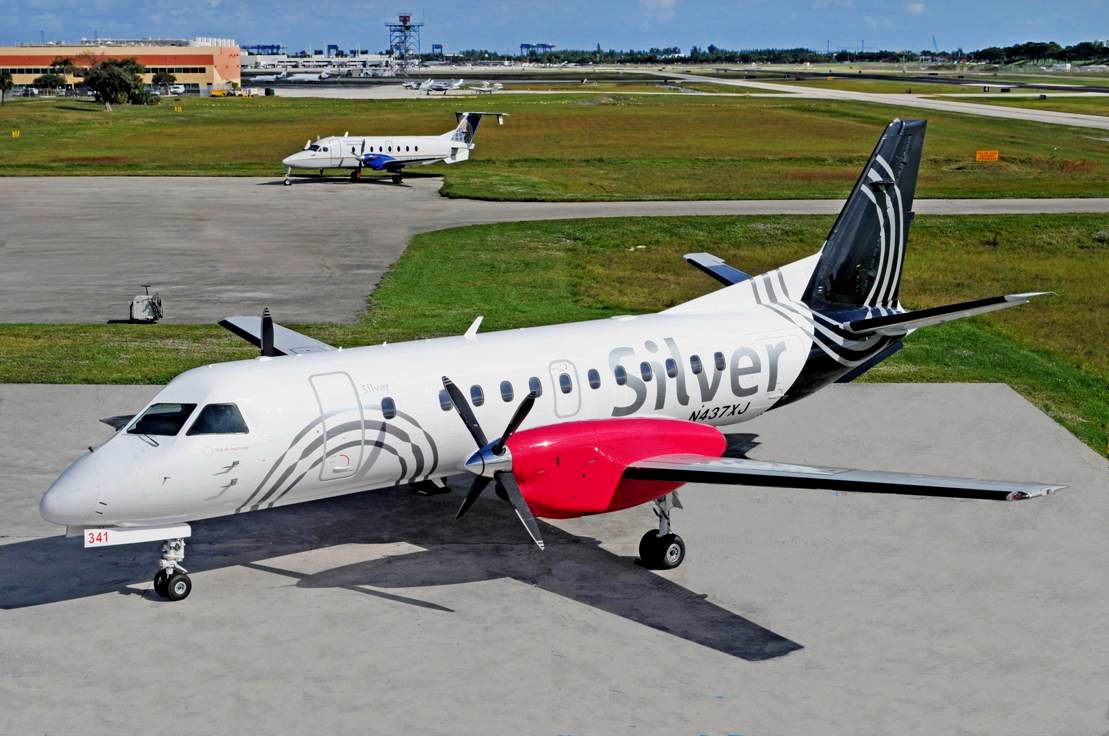 Record-high fuel prices have hammered airlines, forcing executives to eliminate flights, cut back on unprofitable routes and make passengers pay for many perks that used to be free.

Now the airlines are looking at other ways to save money. That means a new opportunity for a plane from the past.

On a typical day at Atlanta's Hartsfield-Jackson International Airport, the "Plane Train" ferries some 200,000 travelers a day between terminals. One of those passengers, Rebecca Hamilton, is on her way home to Florida.

"If I can do it economically, I fly out of Gainesville," she says.

Often, she finds that affordable ticket on Delta Air Lines. Hamilton knows that always means two things: a connection through Atlanta, and at least part of her trip will be on a smaller, regional jet. But that's changing.

Tonight, she's a bit surprised to board a plane branded "Silver Airways." And it's not a regional jet. It has propellers — something she has not seen in decades.

"Mostly I remember what other people say: that it's bouncier and that it's more turbulent and your stomach whooshes into your, you know, a little more often. But quite frankly, it takes a lot to make me feel scared and I just don't really mind it," Hamilton says.

Outside, the propeller blades create a rhythmic ruckus as they chop through the air. Inside, it's only a faint drone. Ninety minutes later, Hamilton is on the ground in Gainesville, ready for her short drive home. The airplane she came in on is also home.

These 34-seat Saab turboprops make up the entire Silver fleet. And each night at its 60,000-square-foot maintenance hangar at Gainesville's airport, crews check tires, landing gear and dozens of other components. Night maintenance supervisor Justin Hernandez is about to sign off on what looks like a new plane.

"Right now, to the left, Aircraft 352, that's our latest. Its aircraft name is Limitless. It just got here from conformity check," Hernandez says.

That's the last step before rotating into the Silver fleet. Regional carrier Mesaba once flew this plane, first with Northwest Airlines' colors, and more recently, Delta's.

Matthew Holiday, a vice president at Silver, says the carrier doesn't try to hide its turboprop fleet. Rather, it embraces it — right down to the logo, which mimics a spinning propeller.

"We want to be clear in our messaging to consumers that this is a turboprop. But it's not a bad thing," Holiday says.

Through the 1990s and 2000s, airlines replaced turboprops with faster regional jets. Jet fuel was about 87 cents per gallon. Now it's four times that much. Since turboprops use less fuel, flying one instead of a jet often means a profit instead of a loss. So expect to see more, says Regional Airline Association President Roger Cohen.

"After a steady decline in the ratio of turboprops to jets in the regional fleet, we've just seen here over the last year, year and a half, the first time that line started to move in the other direction," Cohen says.

The Federal Aviation Administration forecasts regional jets with fewer than 40 seats will disappear from fleets by 2015. This comes as reliance on larger turboprop aircraft doubles in the next decade. And with new technology that cancels most noise and vibration, they won't be your grandfather's turboprop.