Accessibility links
Brad Pitt, 'Killing Them Softly' (And With Style) As a wiseguy charged with enforcing the rules after a couple of two-bit hoods knock over a mob-run card game, the actor wears his character's back story on the inside — which is where it belongs.

Brad Pitt, 'Killing Them Softly' (And With Style)

Brad Pitt, 'Killing Them Softly' (And With Style) 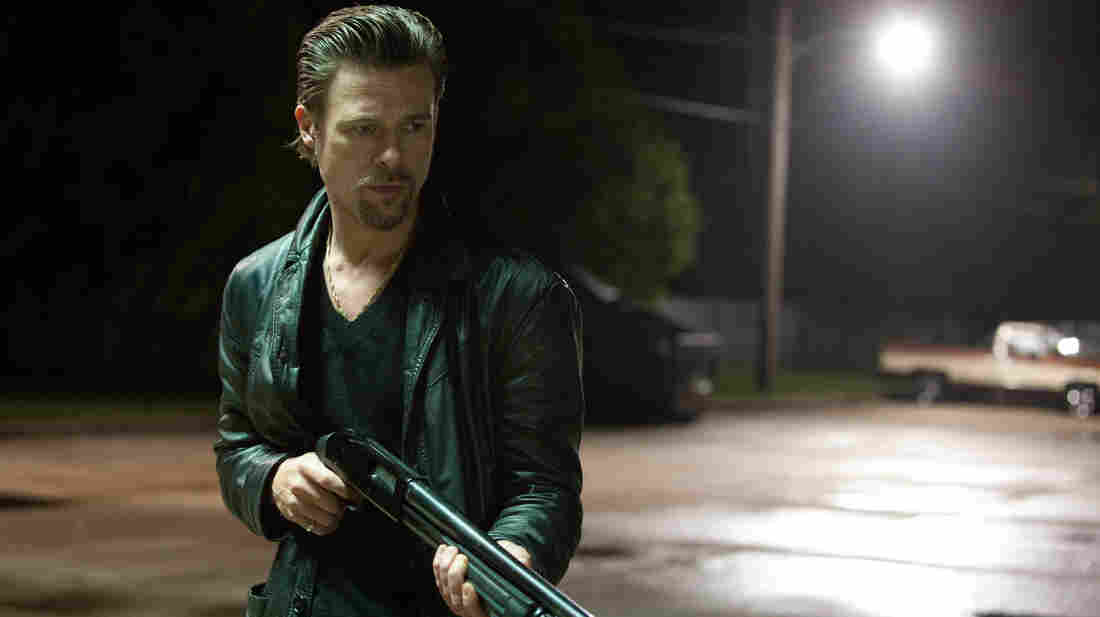 Rated R for violence, sexual references, pervasive language, and some drug use

George Higgins was a Boston-based crime novelist and former assistant U.S. attorney who wrote meaty, swaggering dialogue that seems tailor-made for the movies, though until now only one of his books had been made into one.

That picture, Peter Yates' 1973 The Friends of Eddie Coyle, featured a late-middle-aged Robert Mitchum — a figure of shopworn masculine beauty — as low-level hood Eddie. Now Brad Pitt stars as another Higgins character in Andrew Dominik's Killing Them Softly. And if that's not exactly proof that we're living in a golden age of movies, it's at least reassurance that we're living in a not-so-tarnished one.

Pitt's Jackie Cogan is, you might say, a problem solver. A Grade-Z wiseguy (Vincent Curatola) sends a couple of bumbling ex-cons (Scoot McNairy and Ben Mendelsohn) to knock over a mob-run card game, an assignment that seems pretty much foolproof given that the dealer (Ray Liotta) is already suffering the scrutiny of his bosses.

And sure enough the Mutt-and-Jeff duo, despite sitting at the low-wattage end of the dim-bulb scale, pull off the theft — and the mob higher-ups aren't happy about it. It's 2008, and the economy has just taken its nosedive; even criminals need to protect their investments.

So the big guys send for Jackie to restore order, if not peace, to the cozy little world of racketeering. He makes his entrance sliding into the passenger seat of a car driven by an anonymous-looking mob middle-manager in a suit and tie (Richard Jenkins), but his own look is studiously casual: With his slicked-back pompadour, ombré aviator shades and time-softened leather jacket, he looks like everyone and no one. He looks like Brad Pitt in the same way Robert Mitchum always looked like Robert Mitchum.

That's a good thing, and Andrew Dominik, directing his first movie since The Assassination of Jesse James by the Coward Robert Ford, knows it. Dominik adapted the screenplay himself from Higgins' 1974 novel Cogan's Trade, paying special attention to the book's dialogue: Even though he's changed the era in which the story takes place, the language still rings true to Higgins' style. 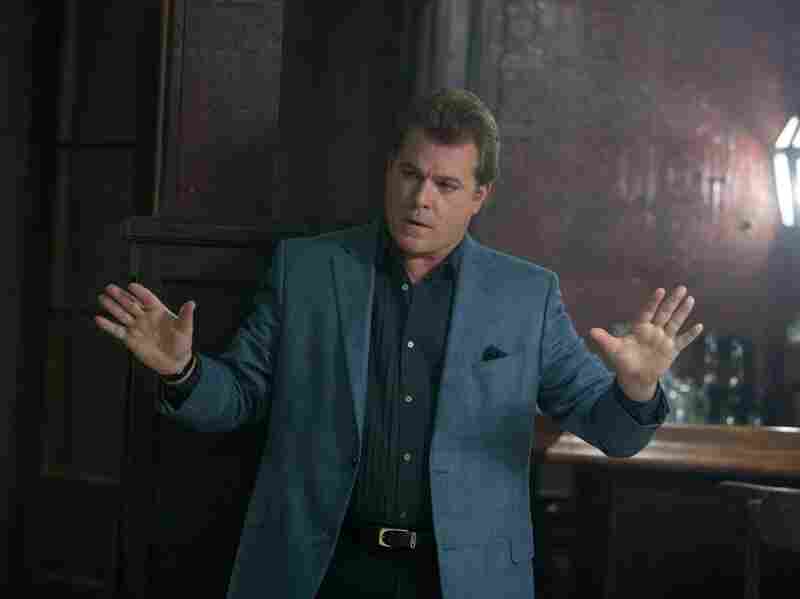 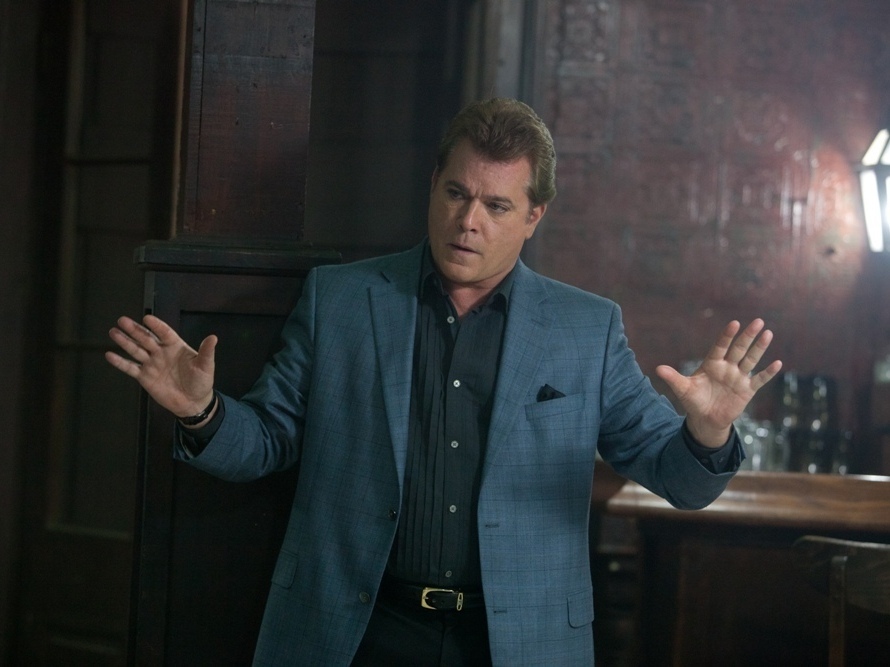 It's the characters, and their words, that drive the story here, and Dominik preserves all their scruffy colors: When McNairy and Mendelsohn show up for their little heist, all their seemingly paradoxical guilelessness and braggadocio are on display. Mendelsohn's character is a dog-napper who aspires to be a dope dealer, a guy whose face is perpetually coated with a veil of sweat. McNairy is sweeter, but just as clueless. When Pitt's Jackie comes for him, as is inevitable, he wears the look of a puppy who's just relieved himself in the wrong place, half embarrassed and half scared.

Killing Them Softly has more unruly energy, and less art-house pretension, than The Assassination of Jesse James. Its disreputability does come with a faintly arty sheen sprayed on — the picture could be a little grubbier, but let's not split hairs, especially such nice, greasy ones.

Dominik and cinematographer Greig Fraser get the setting right: The Boston of Killing Them Softly isn't the pretty, picturesque one but its Godforsaken fringes, a landscape of desolate looping overpasses with nothing much beneath them except scrubby lots and maybe a few warehouses. Dominik does make some of the violence look a little too pretty: A bullet pierces a cranium in slow motion, resulting in an exploding floret of blood that looks like the garnish on an upscale dinner plate. But elsewhere, when a character suffers a brutal beating, Dominik takes a more straightforward tack: With every punch, he makes you feel the price being paid by the guy's mug.

And then there's Pitt, striding through the movie not as if he owned it, but as if he knows he's just renting the space — he's unassuming and confident at once, in just the right measures. He also knows what to do with Higgins' filtered-through-Dominik dialogue, as when he explains to Jenkins his preferred method of killing: He doesn't like to fire at close range, because it gets too personal. "I like to kill them softly, from a distance," he says, and his voice captures both his sense of practicality and his capacity for sorrow.

And Pitt, like all good actors — or, perhaps more accurately, like all actors who have learned how to be good — is a terrific listener. In a scene with James Gandolfini, as a not-so-helpful colleague, he lends an ear as this bummed-out behemoth hoists a martini glass (or two) to his lips and spins a sad tale about how his wife almost divorced him while he was serving a prison sentence.

Pitt's Jackie takes it all in, his face showing sympathy that almost shifts into the territory of empathy. Who is this man, and what is he thinking? Pitt doesn't spell it out, because he doesn't have to. He's wearing Jackie's back story on the inside, which is where it belongs.