Accessibility links
Movie Review - 'California Solo' - A Rocker's Inexorable Slide, Intimately Chronicled Robert Carlyle (Heroes, Once Upon a Time) plays a past-his-prime guitarist whose dissolution deepens when a DUI arrest raises the possibility of deportation. Critic Ella Taylor says it's a modest but satisfying story of self-destruction and redemption. 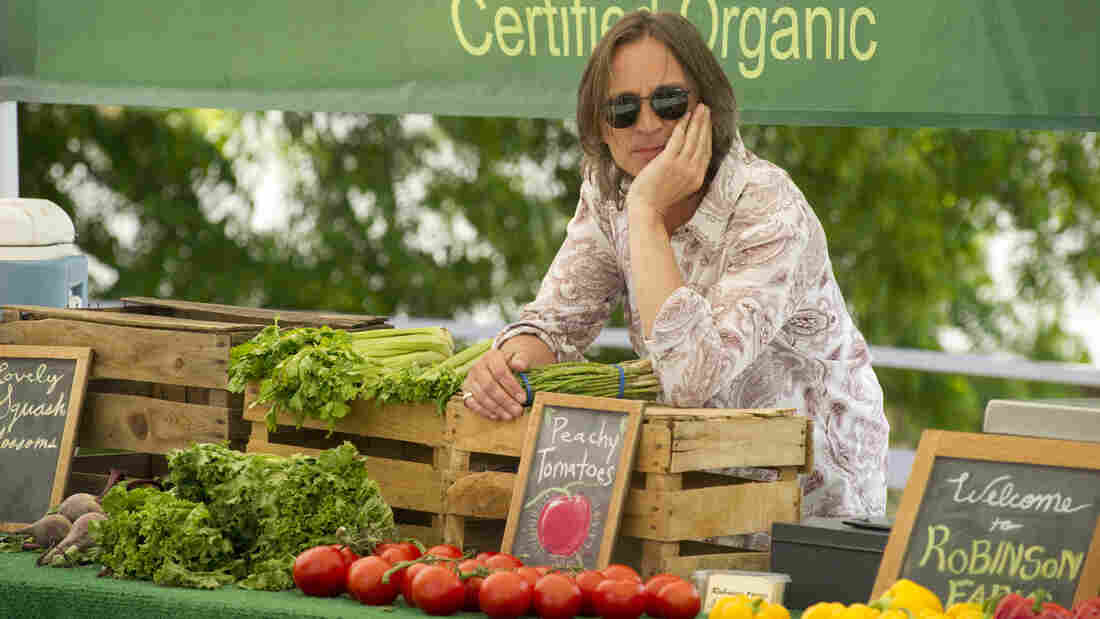 Flying 'Solo': Robert Carlyle plays a burnout Britpop veteran drinking his way through a second career among the farmers markets of Southern California — until a DUI bust sends him into a tailspin. Matthew Barnes/Strand Releasing hide caption 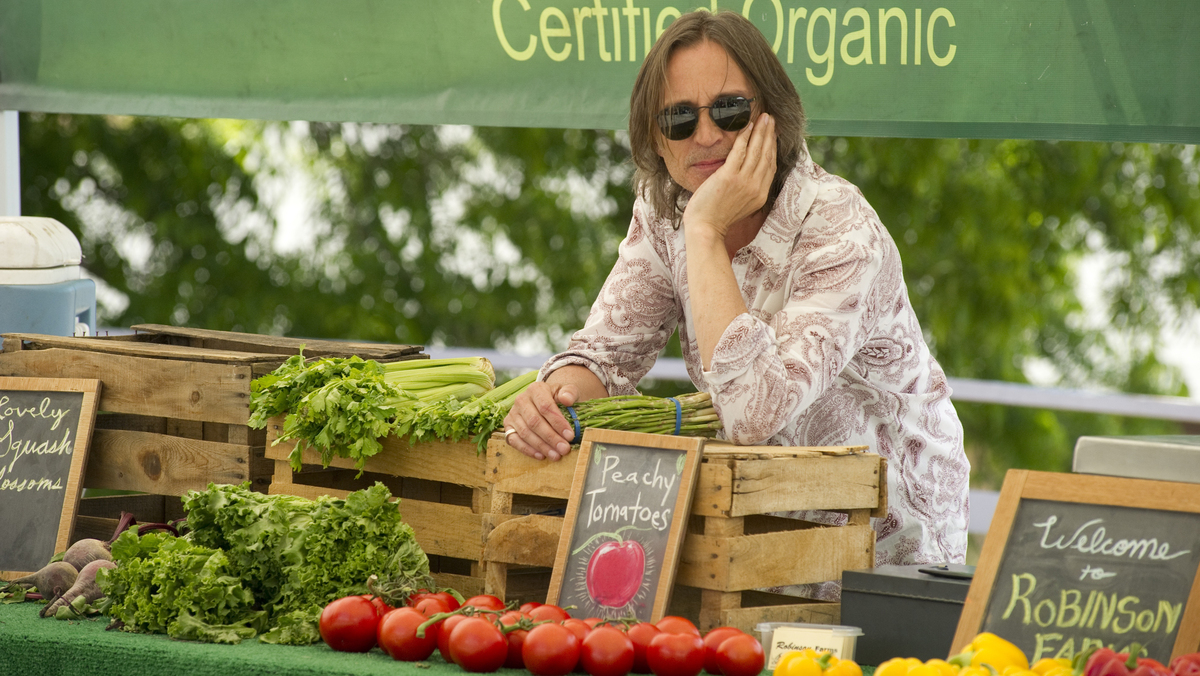 Flying 'Solo': Robert Carlyle plays a burnout Britpop veteran drinking his way through a second career among the farmers markets of Southern California — until a DUI bust sends him into a tailspin.

Ungracefully aging rockers have long been stock figures of fun at the movies, with Bill Nighy topping the burnout charts in Love, Actually. Lately, though, a slew of former rock kings have enjoyed fresh renown via documentaries like Anvil, The Other F-Word and the upcoming Beware of Mr. Baker, many of which chart a Christ-like saga of meteoric rise, catastrophic fall and painfully slow resurrection. That's if their shot livers don't kill them first.

In a quieter, more reflective mood comes California Solo, a modest but satisfying indie feature directed by Marshall Lewy (Blue State). The movie, about a fictional former Britpop guitarist living under the radar in a Southern Californian backwater, doesn't have a new tale to tell. Yet it treats its themes of guilt and responsibility with delicate tact and a precise eye for the neglected commitments that stubbornly dog a man trying his damnedest to efface himself from the world. It doesn't hurt that the musician is played by Robert Carlyle, who's built a career representing men of ruined promise.

Carlyle's Lachlan MacAldonich is a long-haired Scotsman eking out his days in a small town that delivers organic produce to trendy Los Angeles farmers markets. It's a side of Southern California rarely seen in movies, populated by agrarian Latinos and cagey refugees from failed lives elsewhere, and cinematographer James Laxton invest the place with a sleepy, golden grace that makes it seem like a decent place to put down roots.

Not that Lachlan cares one way or the other. By day he hefts fruit and vegetables. By night he flirts with Beau (Alexia Rasmussen), a glossy-haired aspiring actress who may or may not be otherwise engaged. Otherwise he drinks himself silly, then fumbles his way through Flameouts, a podcast he hosts about rockers who flamed out or met tragically early ends.

Lachlan might live and die doing this, if not for a DUI arrest that unearths further bad history and threatens him with deportation back to the United Kingdom, an exile he has reason to dread. Roused at last to action, Lachlan reaches out for help from people who have every reason to send him packing. In fact the music producer (Michael Des Barres, who knows his own way around checkered careers in the biz) who once signed the band in which Lachlan played with his late brother, does just that. 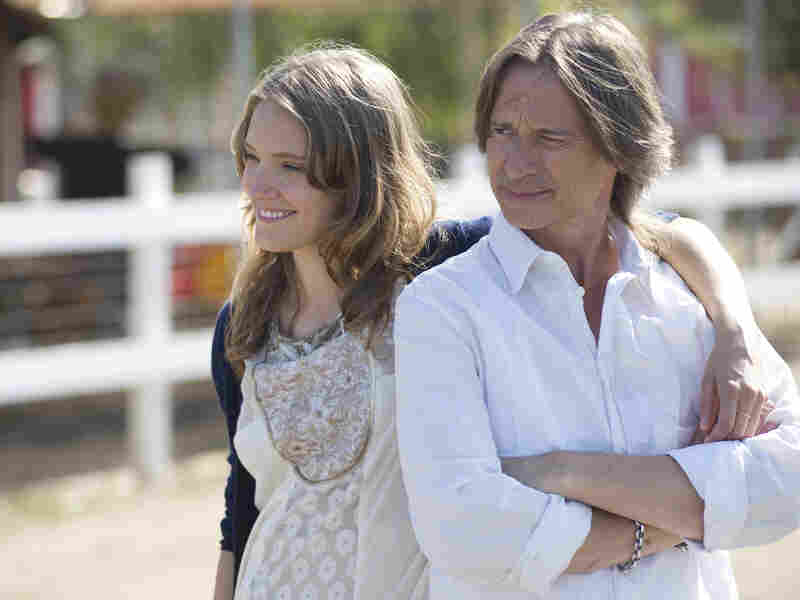 Beau (Alexia Rasmussen) is among the women Carlyle's Lachlan turns to as he tries to get his life back together. Matthew Barnes/Strand Releasing hide caption 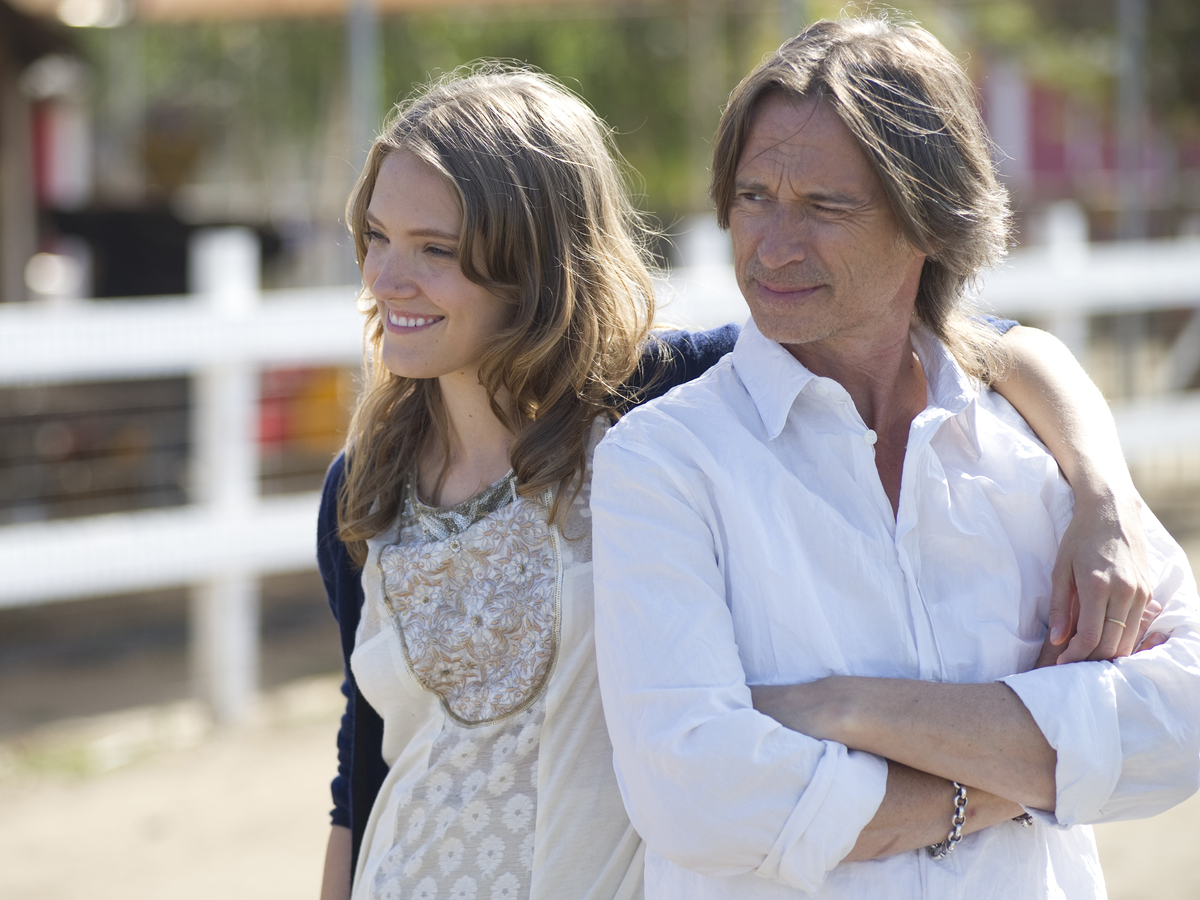 Beau (Alexia Rasmussen) is among the women Carlyle's Lachlan turns to as he tries to get his life back together.

Lachlan hopes for better luck with his exasperated but sympathetic former partner (the excellent Kathleen Wilhoite), but he screws up that encounter too by treading on the feelings of a teenage daughter (Savannah Lathem) he barely knows.

The slow slide toward self-immolation that follows, and Lachlan's subsequent upward swing into potential redemption, work territory familiar enough to make you wish for — just this once — a happy has-been rocker who goes home daily from his decent next-phase job to watch TV with the wife and kids.

But wishes aren't stories, and Lewy doesn't judge or condescend to his subject. What makes Lachlan interesting is that he was never really a star, nor is he a bona fide bad boy. As played by the bird-like Carlyle, he's just a fairly talented guy — charming, slightly feckless, overshadowed by his brother and utterly lost — so drowning in self-pity that he's unaware how thoroughly his guilt over a past crime renders him heedless of those he might love or respect right now.

Even with its strong supporting cast, I doubt this small, finely observed movie would have seen the commercial light of day without Carlyle in the lead. Amid the deafening roar of big Oscar-bait pictures, I'm glad it's there.