Accessibility links
Movie Reviews - 'Otelo Burning' - Taking To The Waves As The World Catches Fire The South African film Otelo Burning tells the story of black teenagers who escape the world of apartheid by learning to surf. Critic Joel Arnold says the film presents its characters with a choice between hoping for the impossible and accepting the unfortunate.

Taking To The Waves As The World Catches Fire

Taking To The Waves As The World Catches Fire 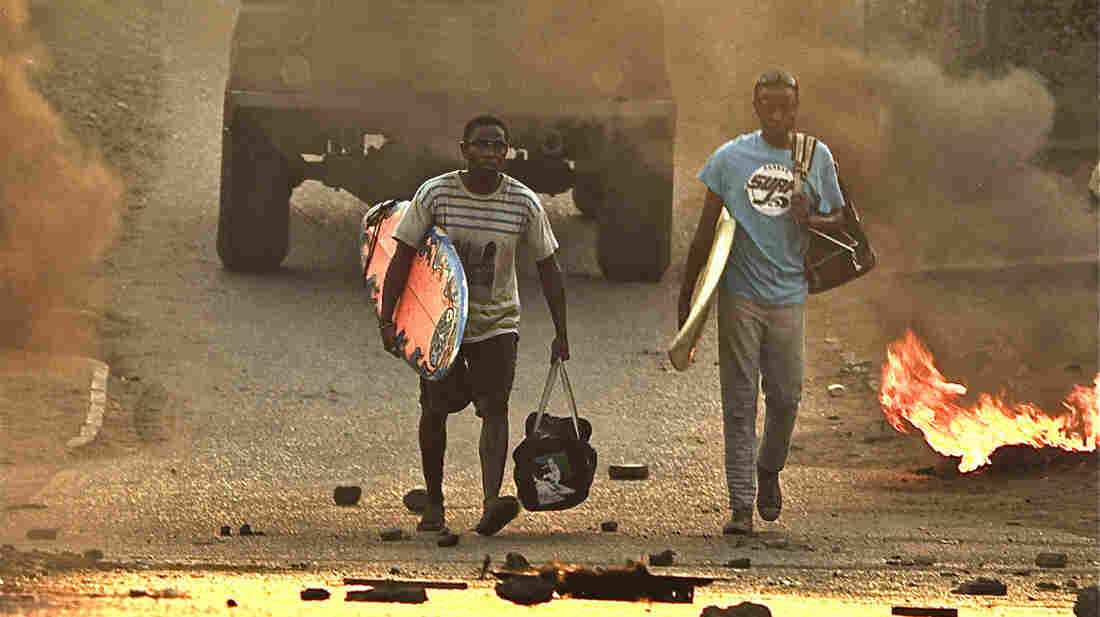 In Zulu with subtitles

Otelo, a lanky, reticent 16-year-old, is standing on the beach outside Durban, South Africa, watching in disbelief and envy as his friend and periodic rival — the older, aggressive Mandla — does what Otelo has only heard of white people doing. Mandla is surfing.

"That's what people mean when they talk about freedom?" Otelo asks, half-heartedly trying to minimize what he's seen as Mandla, elation on his face, rides in on a wave.

When Otelo (Jafta Mamabolo) dares to pick up a surfboard and go out with Mandla (Sihle Xaba), he finds he feels that same sense of open possibility, as the world drops away and leaves only him, the board and the water. It's almost a moment out of time, but the world painfully remains as it is when Otelo returns to the shore. The feeling surfing provides evaporates as he heads back home to Lamontville, a poor, mostly black township south of Durban.

A heavy-handed but forceful coming-of-age story set circa 1989, against the backdrop of the violent beginning of apartheid's end, Otelo Burning examines different paths to freedom — finding it in moments of escape, fighting others for it — and the significant costs inherent in each approach.

Getting out of Lamontville is foremost on Otelo's mind, so he's truly hooked when Kurt (Matthew Oats), a white surfer with a stoner-uncle vibe, observes that with his talent, Mandla could go professional and reap the rewards of contest winnings and sponsorship. A life of swag and room service appeals to Otelo — considerably, given that the lot he can look forward to otherwise is caring for his younger brother Ntwe (Tshepang Mohlomi), and driving his abusive and neglectful father's taxi. 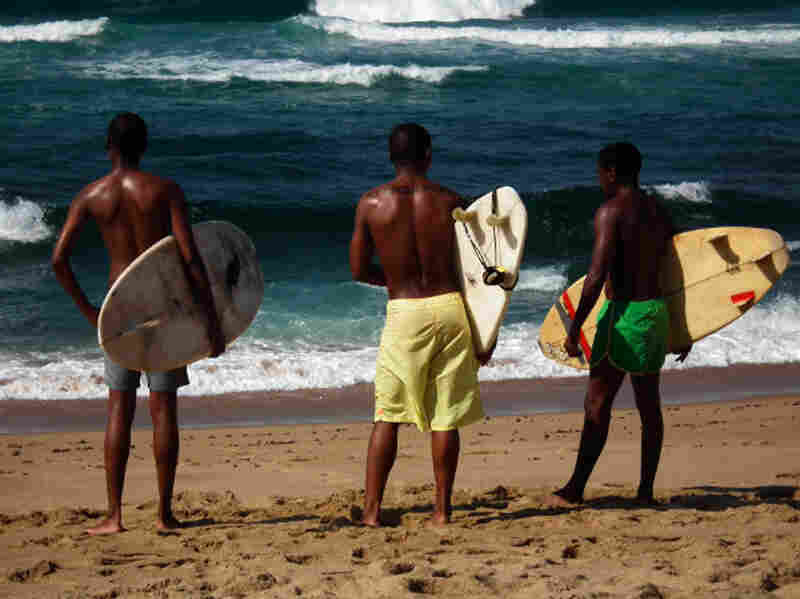 Otelo, Mandla (Silhe Xaba, center) and New Year escape the turmoil around them by taking to the waves and training to compete professionally. Indigenous Film Distribution hide caption 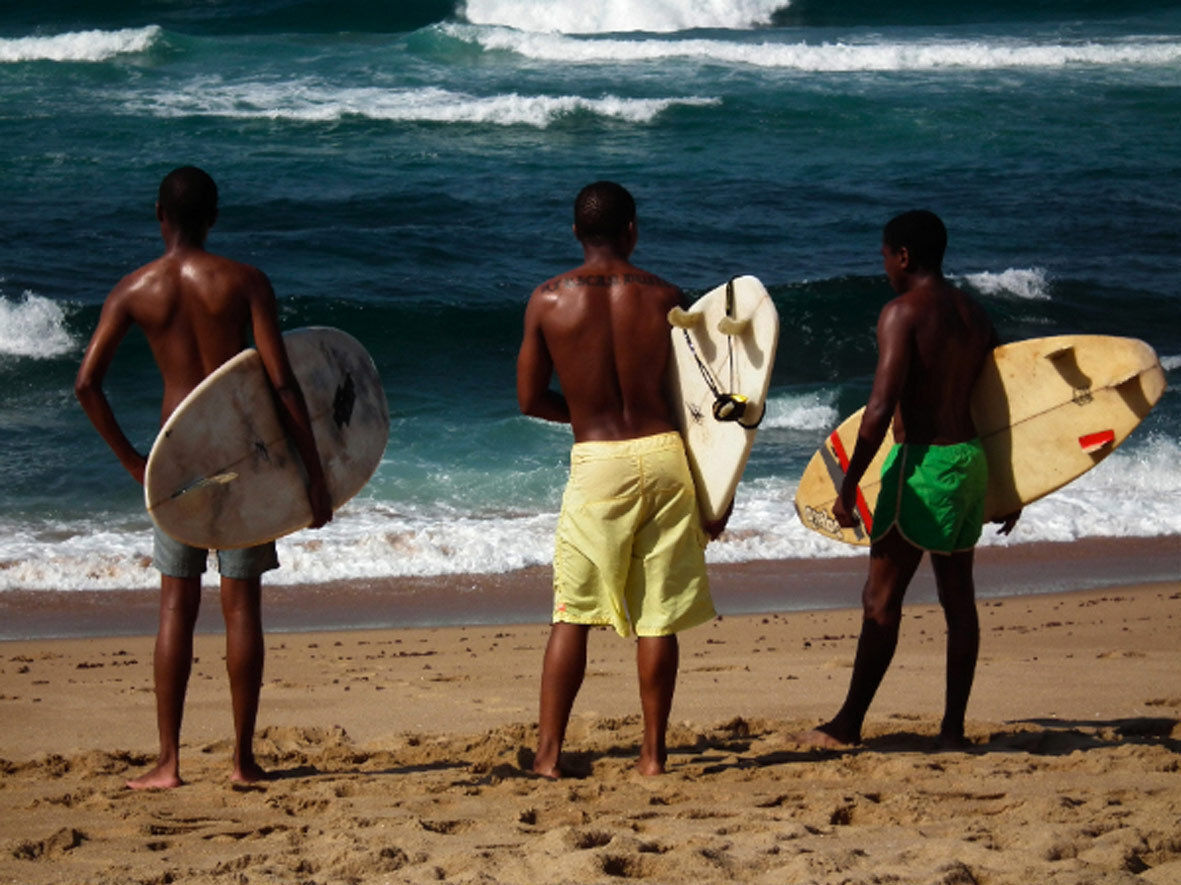 Otelo, Mandla (Silhe Xaba, center) and New Year escape the turmoil around them by taking to the waves and training to compete professionally.

Otelo hides his budding interest from his father, who harbors strong superstitions about water, while Otelo's best friend and fellow aspiring surfer New Year (Thomas Gumede) is pressured by his older brother Blade to do something that advances actual freedom by joining the militant wing of the African National Congress. Meanwhile New Year's sister Dezi (Nolwazi Shange), whom Otelo and Mandla both fancy, increasingly sees only a dead end in taking over her mother's tavern, frequented by men who often take liberties with the proprietor.

Kurt encourages Otelo, New Year and Mandla, and they train over months to compete at the local, regional and national levels. Otelo Burning maintains a consistent undercurrent of tension as it tracks the increasing violence between the ANC and the Inkatha Freedom Party near Durban, but when the guys hit the water, it has the rhythms of any other redemptive sports movie whose hero makes a grab for the brass ring: Mandla undermines Otelo's superior raw talent whenever possible, while Otelo's developing relationship with Dezi motivates him further. And, of course, more time surfing also means he's there to look after Ntwe less.

Conventionally shot surfing sequences barely arouse a sense of excitement. Mamabolo convincingly illustrates the change in Otelo's naturally closed-off demeanor with actual cheerfulness when he's surfing, but the performance isn't quite strong enough to evoke the necessary contrast between the confinement of Lamontville and the adrenaline-fueled optimism of the ocean.

As the death toll rises in Lamontville and across the country, and as the political intrudes on the world Otelo and his friends have created for themselves, an audience unfamiliar with the specifics of the conflict and the relationships between the ANC, Inkatha and the government won't immediately catch up — but then that limited point of view more closely resembles what Otelo and his friends know. A sense of complete context during the film isn't necessary to understand the kids' experience of the moment — they know what they don't have and what they hope to have, and they know getting it will involve sacrifice of one kind or another.

Revealing its allegory late as it draws comparisons between Nelson Mandela's release and its own climax, Otelo Burning suggests that the larger political victories achieved in South Africa since majority rule cannot redeem the years of lives wasted under oppression — and warns of the consequences if the mistakes of the past are allowed to overshadow the opportunities of the future. The film presents a stark choice: seek escape in vengeance and blame, or gamble on the freedom gained by embracing a new world, however scarred it may be.