Accessibility links
Space Probe Finds Ice In Mercury's Craters On the poles of our solar system's innermost planet, where temperatures can drop to -100 degrees Fahrenheit, researchers have identified water ice and organic "goo," most likely deposited there by comets that crashed into the planet. 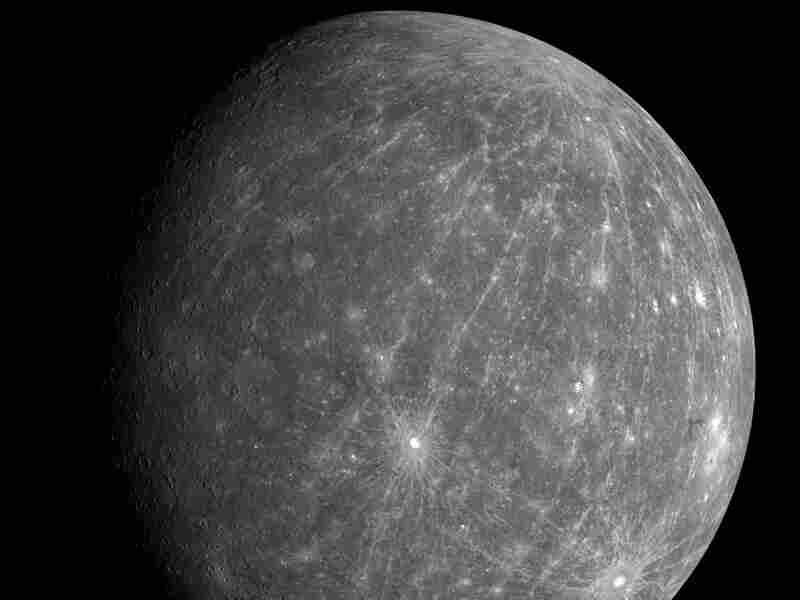 Researchers say they have identified traces of ice in craters on Mercury, seen here in this Oct. 8, 2008, image from the Messenger spacecraft. NASA hide caption 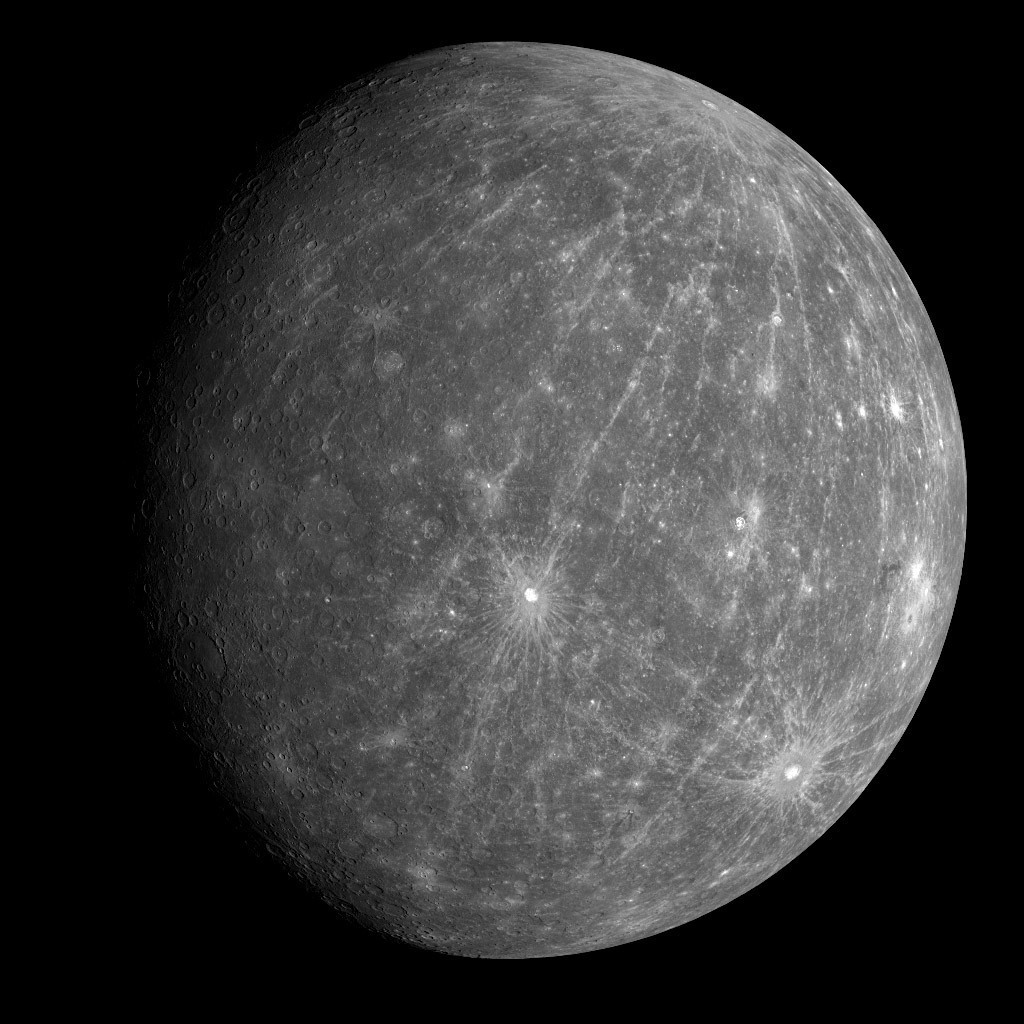 Researchers say they have identified traces of ice in craters on Mercury, seen here in this Oct. 8, 2008, image from the Messenger spacecraft.

Mercury is not the first planet to come to mind if you were searching for ice in the solar system. After all, the surface temperature across most of the planet is hot enough to melt lead.

But at the poles on Mercury it's a different story. Almost no sun reaches the poles, and as a result, temperatures can drop to less than -100 degrees Fahrenheit. Now, three papers in the journal Science suggest there really is ice at the bottom of craters near the poles on Mercury.

The evidence comes from an instrument on NASA's Messenger spacecraft called Mercury Laser Altimeter. Messenger has been orbiting Mercury since March 2011.

Gregory Neumann and his colleagues at NASA's Goddard Space Flight Center in Greenbelt, Md., built the instrument. He says it's basically a bright flashlight. "We can use it to measure reflectance — places where the imagers can't see anything because it's dark," says Neumann.

When they shined their laser flashlight into the craters, they saw was something that looked very much like ice.

To tell the truth, Neumann and his colleagues weren't all that surprised. Radar observations from Earth had predicted ice would be at the poles on Mercury, and another instrument on Messenger also saw signals consistent with ice.

But that raises an interesting question. Where's the water for making the ice coming from?

"It could be coming from the interior, because every planet contains a little bit of water in the mantle," says Neumann.

But that's not likely, because Neuman says scientists can't think of any way that the water trapped in Mercury's mantle could make it to the surface.

A more likely explanation is that the water came from comets that crashed into the planet. "Mercury gets bombarded periodically by comets," says Maria Zuber of the Massachusetts Institute of Technology, another one of the scientists on the Messenger mission. Zuber says comets are sometimes referred to as dirty snowballs, since they're made of organic dirt and frozen water.

Greg Neumann says the Mars Laser Altimeter was able to detect organics, too.

"They're kind of a carbonaceous, tarry substance that we call goo, to use a technical term," says Neumann.

So Mercury has ice and goo. Who knew?