Accessibility links
Beauty Pageant Economics: The Sash Isn't Cheap From directors to designers, almost everyone in beauty pageants turns a profit. But not most of the contestants. Many can wind up spending thousands of dollars for entrance fees, the perfect gown and top-notch coaching. For most contestants, it's an expensive hobby with little or no financial reward. 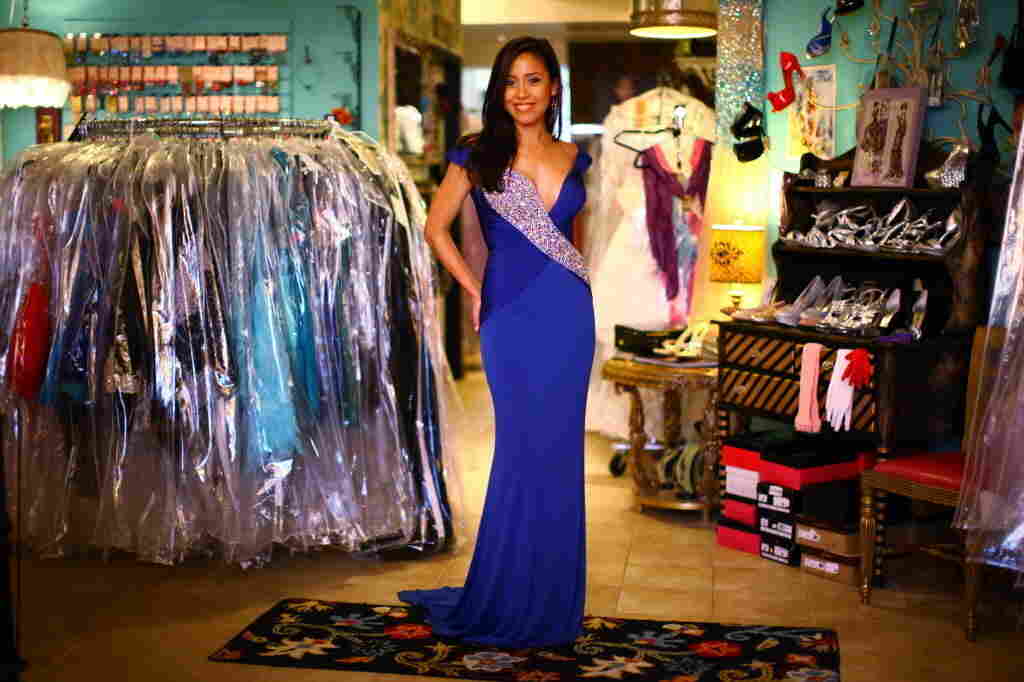 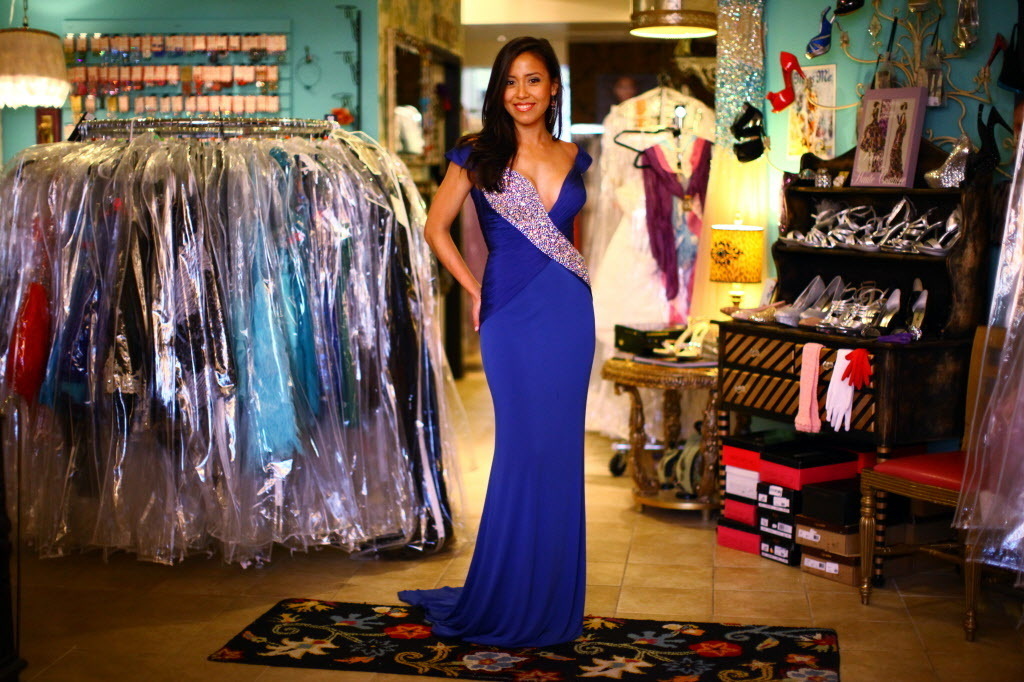 Jessica Bermudez, 24, models a dress at Deja Vu in Alexandria, Va. Bermudez is competing for the title of Miss District of Columbia USA, and says she regularly enters beauty pageants.

Miss America's walk might look effortless, but her road to success probably cost more than you think.

Ten-thousand women will compete in a Miss USA-sponsored pageant this year. That organization is just one of more than 15 small circuits, each with its own local, state and national competitions. It's a big industry. From the organizers, designers and coaches, lots of people make money — except the contestants.

How Much Does The Crown Cost Exactly?

Below are cost estimates provided by pageant coach Victory Mohamed:

Twenty-four women are in the running to become the latest Miss District of Columbia USA.

When competitor and graduate student Jessica Bermudez went to Deja Vu, an Alexandria, Va. boutique specializing in pageant gowns, the price tags were as dazzling as the dresses.

Store manager Derek Ferino pulled out a gown for Bermudez to try on — a floor-length royal blue number with rhinestones on the front. The price tag: $3,000.

If you thought Bermudez's parents are signing the check, you'd be wrong. She uses the money she earns working part-time at as a technical project manager at the National Institutes of Health to pay her way through the pageantry world.

Bermudez also gets sponsored by local businesses in exchange for promoting their products, and she spends a lot of time fundraising.

"First of all, you have the event itself, that's what you're looking at," Dunn says. "Then behind that, you do have the designers, makeup artists, trainers, facilitators, possible sponsors." 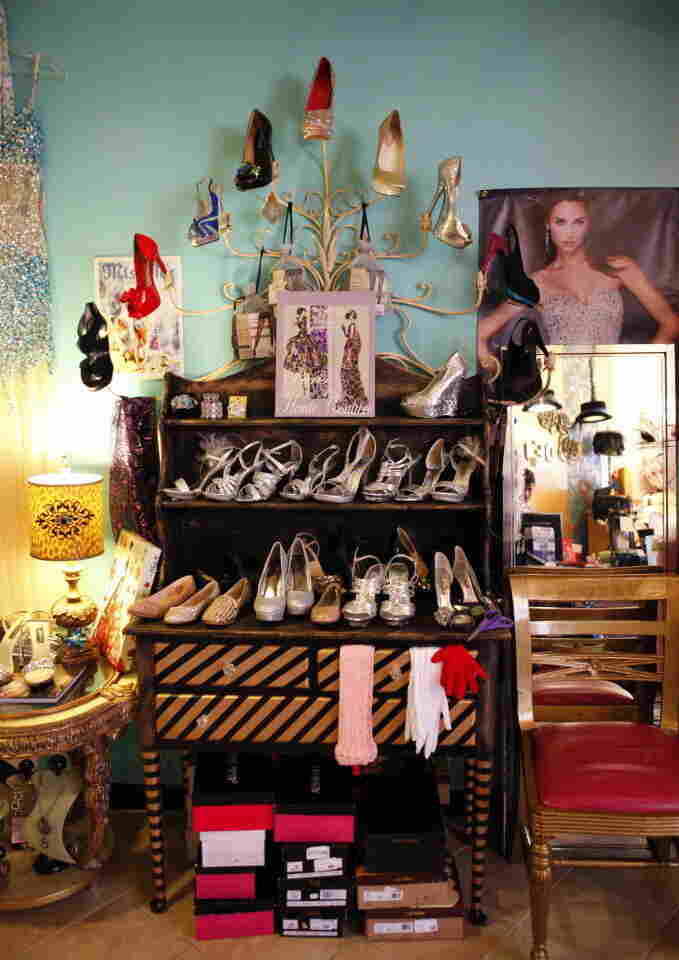 Beauty pageant contestants often need multiple pairs of shoes, like these seen at Deja Vu, per pageant to accompany different outfits. That alone can get pricey. Coburn Dukehart/NPR hide caption 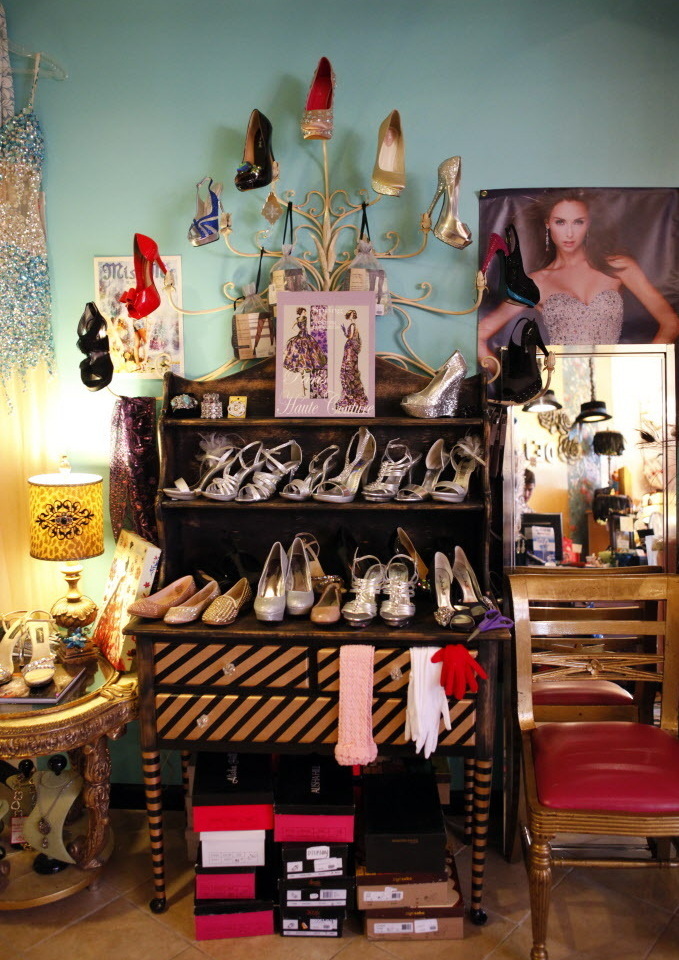 Beauty pageant contestants often need multiple pairs of shoes, like these seen at Deja Vu, per pageant to accompany different outfits. That alone can get pricey.

Victory Mohamed, the current Miss Baltimore and third runner up in this year's Miss Maryland America competition, works as a pageant coach. She says if you want to compete seriously, you need to be prepared. And that means money.

That's just the clothes – not even the makeup. And then there's coaching, which can range from $40 to $300 per hour. Mohamed charges $50.

"But I think, doing it right, I would definitely invest in the coaching, in the fitness trainer, in the makeup, in the outfit," she says. "You can't get to Miss America or Miss Universe without doing it right, doing it all the way."

It can pay off though. Mohamed says she won a scholarship that helps her pay for graduate school. Pageants also helped launch her professional pageant and image consulting company that she runs out of her basement studio.

If Bermudez can persuade the Miss D.C. judges to give her the crown, she'll win a cash price of about $1,000 and the opportunity to compete for the title of Miss USA next summer. But even if she doesn't win, she says competing in Miss D.C. USA is a great investment.

"You get experience with public relations and getting your message out there," Bermudez says. "My personal message is to promote STEM — Science, Technology, Engineering and Mathematics — so I think it's very well worth it."

Bermudez says she feels confident about her chances.

"You always go in with high hopes," she says. "You go in as prepared as you can, but you never go in expecting anything."

It seems like the only thing all the contestants can expect is a hefty price tag.