Accessibility links
Sexiest Man Alive Gets 'The Onion' Taken Seriously The satirical news source announced that its Sexiest Man Alive for 2012 is Kim Jong Un, North Korea's supreme leader. In some parts of the world, there may be little room to argue. 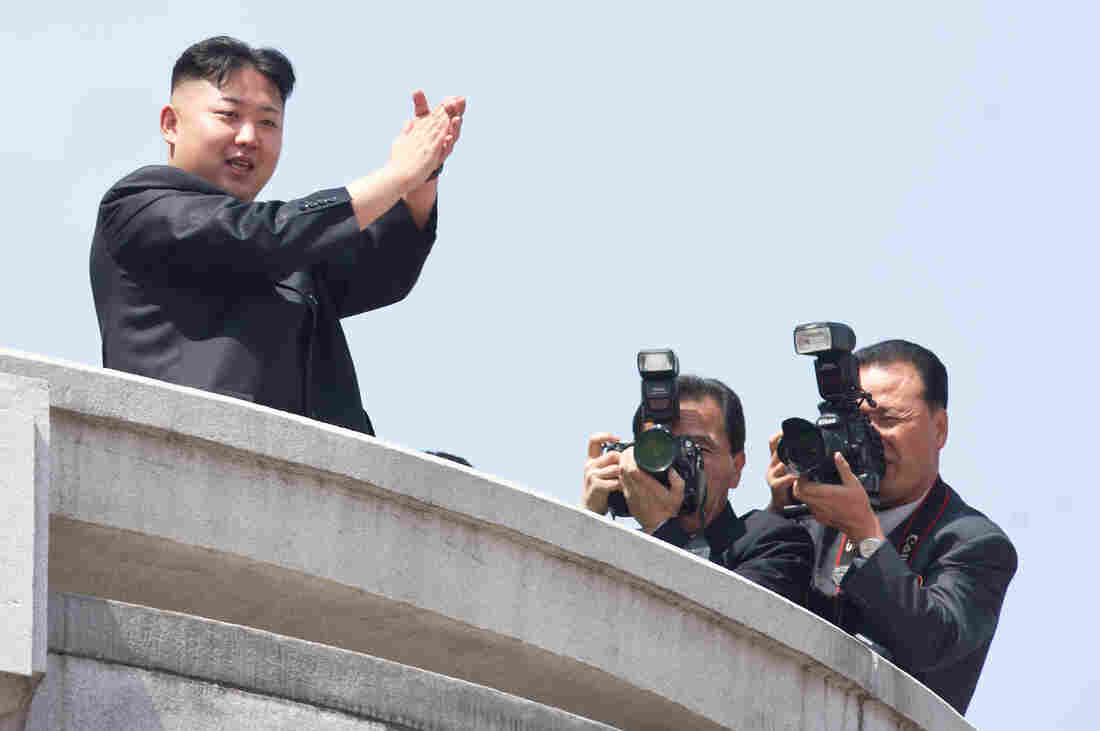 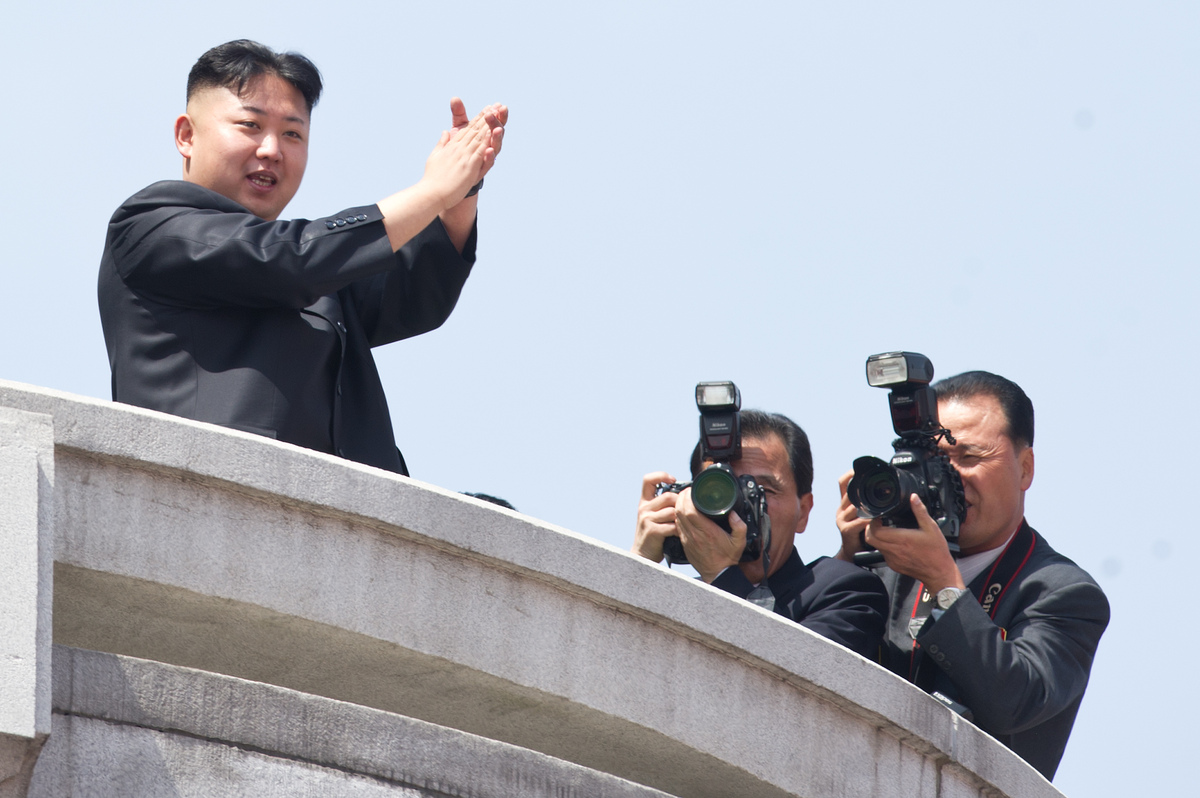 If satire had an Olympics, The Onion might have won a gold medal this week. The satirical news source announced that its Sexiest Man Alive for 2012 is Kim Jong Un, North Korea's Supreme Leader.

"With his devastatingly handsome, round face, his boyish charm, and his strong, sturdy frame, this Pyongyang-bred heartthrob is every woman's dream come true," the news service wrote below a photo that showed the 29-year-old leader in his high-collared, blue party suit — the Communist Party — on a reviewing stand.

"Kim made this newspaper's editorial board swoon with his impeccable fashion sense, chic short hairstyle and, of course, that famous smile," they wrote. Although in the photo, Kim Jong Un looks as stern as Stalin.

But The Onion's ardor was so persuasive that the official Chinese People's Daily English language website not only ran the "Sexiest Man Alive" dispatch word-for-word, but added a 55-photo slideshow of Kim, riding a gray and white stallion and touring factories.

The Onion hailed People's Daily as "a proud Communist subsidiary of The Onion."

It's easy to see this story as an example of foolish, mindless ideological automatons who can't recognize a joke. But I wonder if something more subtle might be at work.

Edward Wong of The New York Times reported that on that same day, People's Daily ran another slideshow of a local Communist official who had returned to work after someone had posted an intimate video of him and his mistress. The caption was, "Sex Tape Official at Work," which, of course, just drew more attention to the video.

Another slideshow showed women at the 18th Communist Party Congress under the headline, "Beautiful Scenery," which you could take as a veiled signal that women aren't regarded as equal comrades in the leadership.

Anthony Saich, the distinguished China scholar at Harvard's Kennedy School told us, "In authoritarian systems, this is one way to poke fun at the regime from within. I know that in the Cultural Revolution, some promoted outlandish claims about Mao's powers as a way to undermine the adulation of him."

So, if a Chinese official were to ask a People's Daily editor, "How could you run this American imperialist Onion joke about our cherished North Korean ally?" the editor could reply, with a straight face, "You mean, comrade, that Kim Jong Un is not the sexiest man alive? Have you seen the photos?"

It's a reminder that few forces are as unruly and impossible to regulate as laughter.

When we exchanged emails with Steve Hannah, the president and CEO of The Onion, about what I called the "Kim Jong Un, Sexiest Man Alive hoax," he wrote back, "Hoax? Heads will roll!"