Accessibility links
Elizabeth LaPrelle: Carrying On The Appalachian Tradition Though she's only 25, LaPrelle sounds older and likes it. "I'm excited to sound like a creepy old lady," the ballad singer says. And she always sings loud, the way they did in the old days. 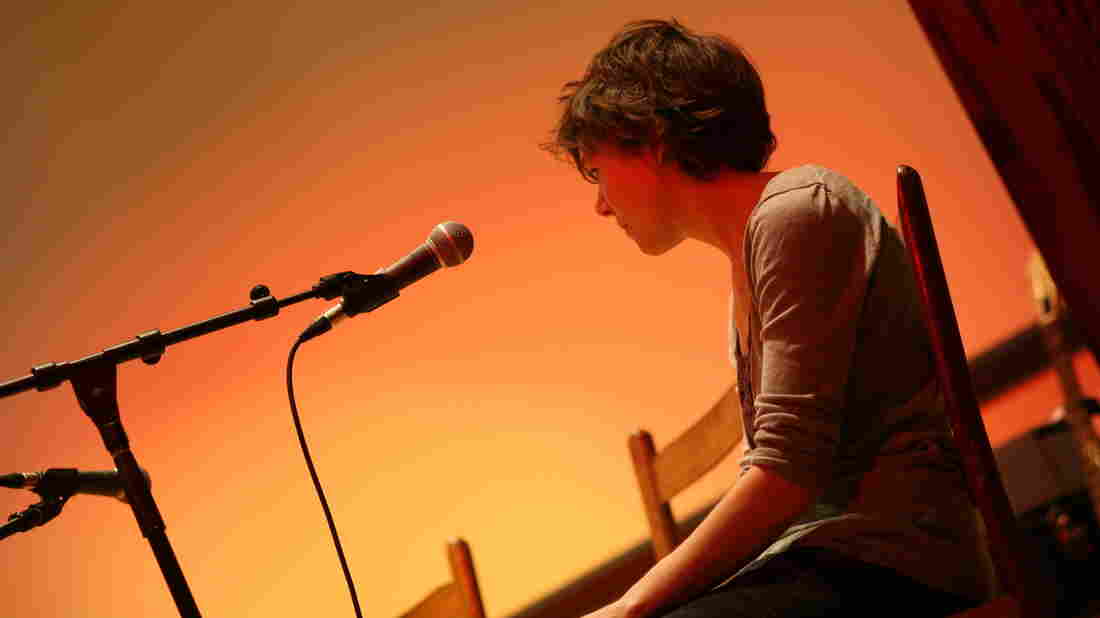 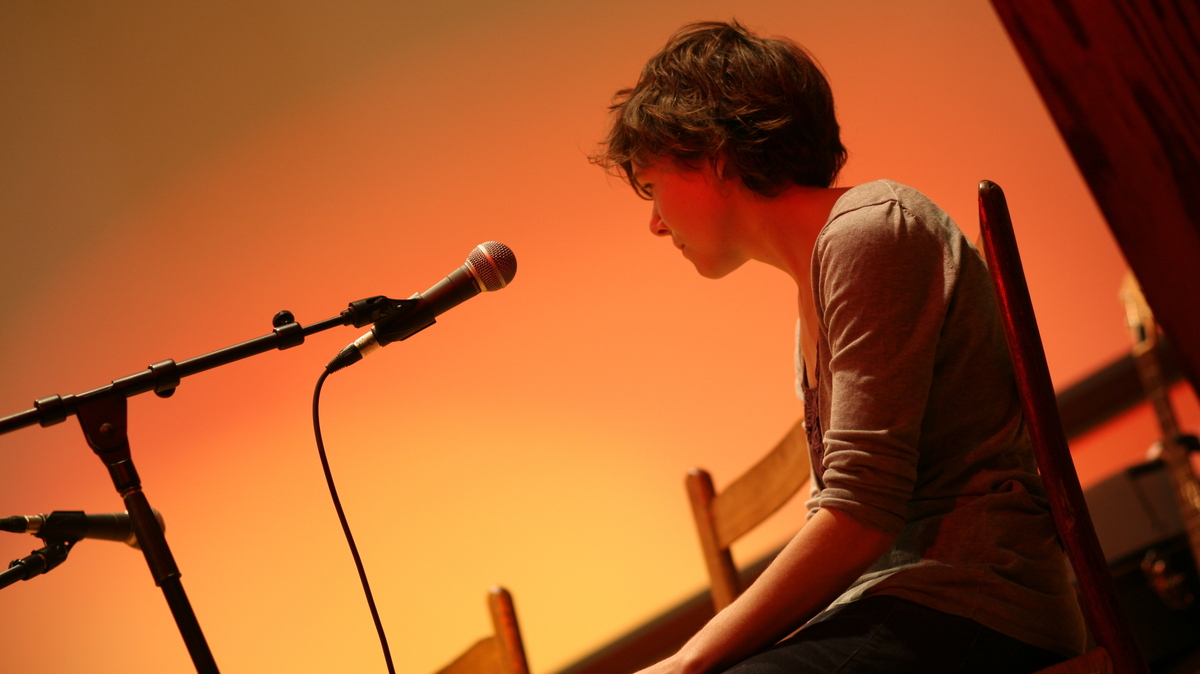 Elizabeth LaPrelle performs on a Sunday afternoon at the Blue Ridge Music Center in Virginia.

Back in the summer, a collection of newly performed old-time Appalachian music appeared called The New Young Fogies — its title referring to the generation that will carry these songs and traditions forward. One of the singers on the album has a voice that will wake you right up on a Sunday morning.

Her name is Elizabeth LaPrelle. She says she loves the story-telling ballad — Scottish, Irish, English — especially the ones that go back centuries. At 25, she's aware she sounds older, and likes it.

"So many of my singing mentors were recorded when they were old gentlemen or old ladies," LaPrelle says. "I love the way they sound. I love gravelly voices. Luckily, rather than if I were singing opera, I'm not as worried about keeping my voice pure. And so I'm excited to sound like a creepy old lady. I can really get into that."

Ten years ago, LaPrelle heard a ballad singer in a workshop in West Virginia. She was in a room with a master storyteller, listening to just one voice. She says she thought, "This is really what I want to do."

"It focuses your attention like a total laser," she says. "It doesn't even go to your brain, but straight to your spinal column and goes up and down, and sends shivers."

Slide Up The Note, Don't Step On It

At the College of William and Mary, LaPrelle got a degree in Southern Appalachian Traditional Performance. She spent summers at festivals, learning the songs and the singers and, perhaps most importantly, the way Appalachian music welcomes embellishment and interpretation.

"It doesn't have a lot of rhythm; it's free with meter; it has long, drawn-out phrases and lots of ornaments," LaPrelle says. "So the ornaments are like the yip or trilling around the note — sliding up into the note instead of just stepping on it."

LaPrelle makes a living in a very narrow field of music. She lives on a family farm with her mom and dad near Rural Retreat, Va. She's able to drive to most of her performances — she does about 100 shows a year — sells CDs out of the back of her car, goes to festivals and teaches at music camps. Plus, she and her friends put on a live, online radio show once a month called The Floyd Radio Show.

On a Saturday night in Floyd, Va., at the Floyd Country Store, there are a few skits, a few fun commercials, lots of music and about 100 people in folding chairs watching a show go out over the Internet.

LaPrelle often sings with her eyes shut, seeing the story of her song. And she always sings loud, like they did in the old days.

"They say that singers could be heard from ridge-top to ridge-top," LaPrelle says. "And it has to do with the high lonesome sound and the bagpipes, which are notoriously loud and maybe a notoriously obnoxious instrument.

"It's about commitment, I think, which you can think of in a theater sense, you know. When I took theater classes, they talked a lot about commitment — you have to commit to that scene, and what that means is you don't hold a part of yourself separate for that moment.

"To me, the volume — the force of pushing out that sound — people talk about it being nasal, of being a forced sound, which I think to some extent is true. And the effort of making the sound come out is part of it. The style is part of the form."