Accessibility links
Ach! No End In Sight For Berlin Airport Woes The new international airport in Berlin has become a major embarrassment to Germany. The airport was supposed to replace the three airports that operated in the once-divided city. But with major cost overruns and safety issues, the project has been delayed three times already. 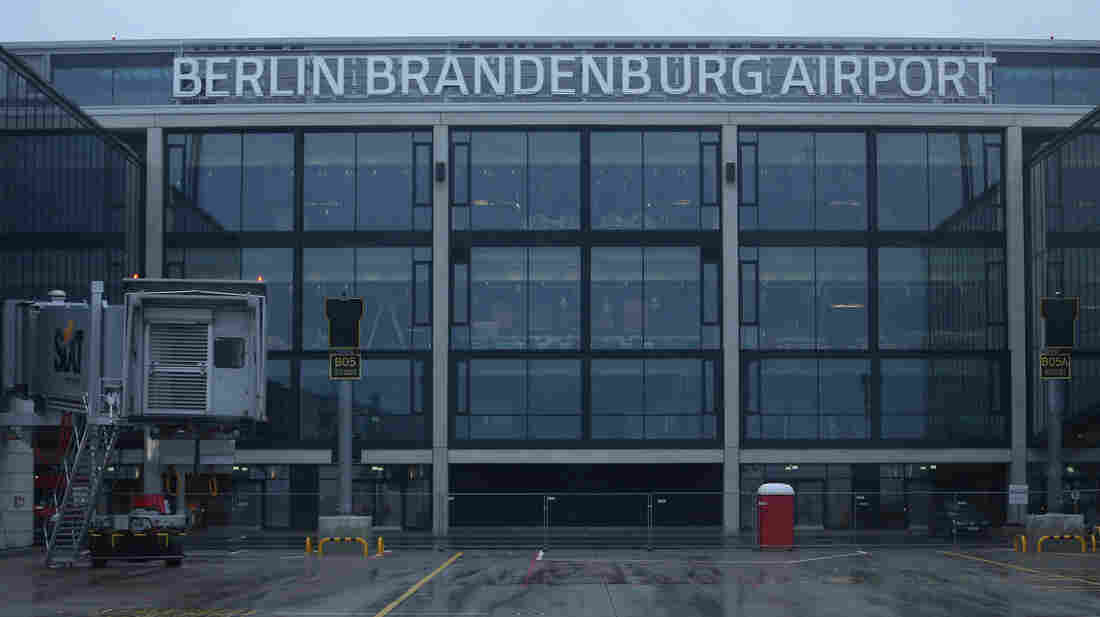 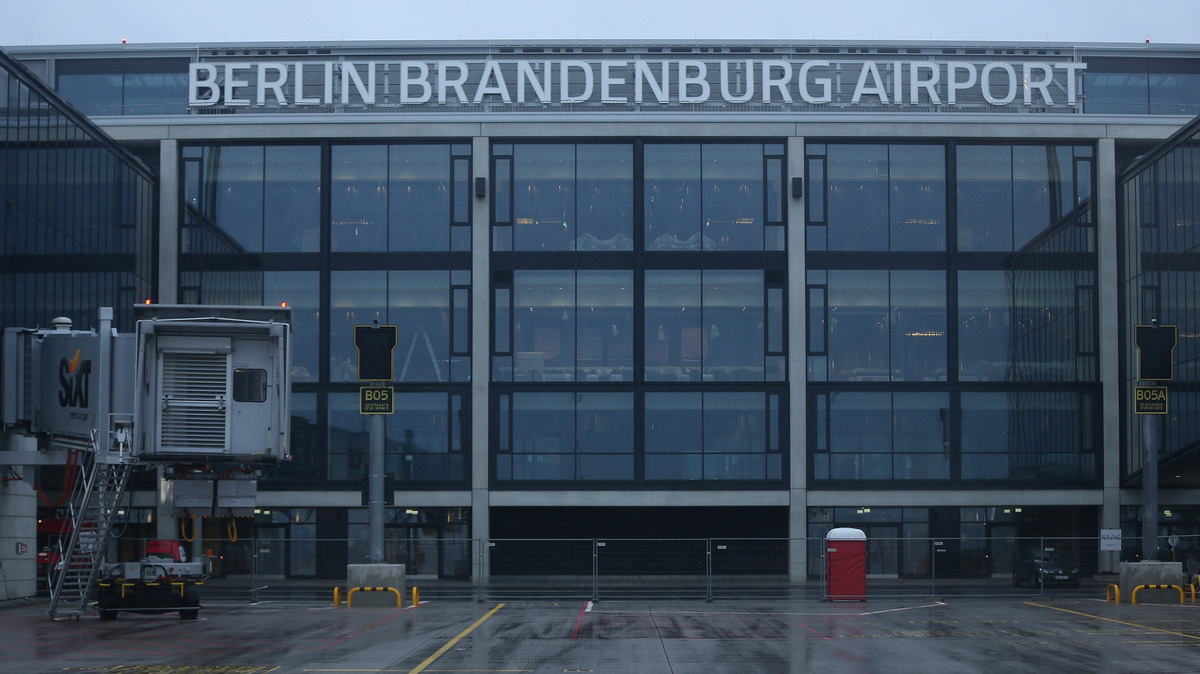 Germans are famous for their efficiency and being on time. But a much-delayed, expensive new airport in the German capital, Berlin, is rapidly destroying that reputation.

Located in the former East Berlin neighborhood of Schoenefeld, the new airport is to replace three others that serviced passengers in the once-divided city. One of those, Tempelhof — made famous by the Allied airlifts of food and supplies during the Soviet blockade of the late 1940s — is already closed.

At the moment, the airport named for late German chancellor and Nobel laureate Willy Brandt is scheduled to open in October 2013. Few here believe the new date will stand, however, given the scrapping of three prior opening dates because of construction delays, cost overruns and safety concerns. 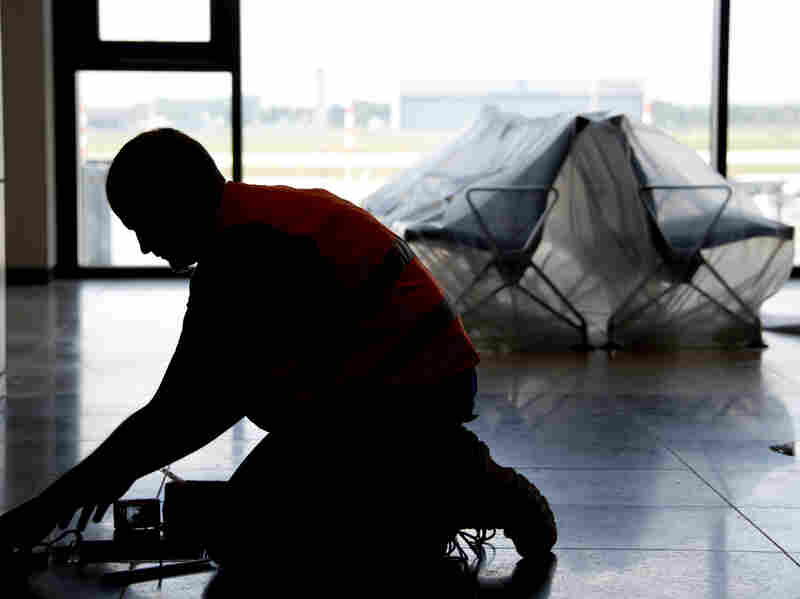 A carpenter works in the unfinished departure hall of the airport on Sept. 11. Odd Anderson/AFP/Getty Images hide caption 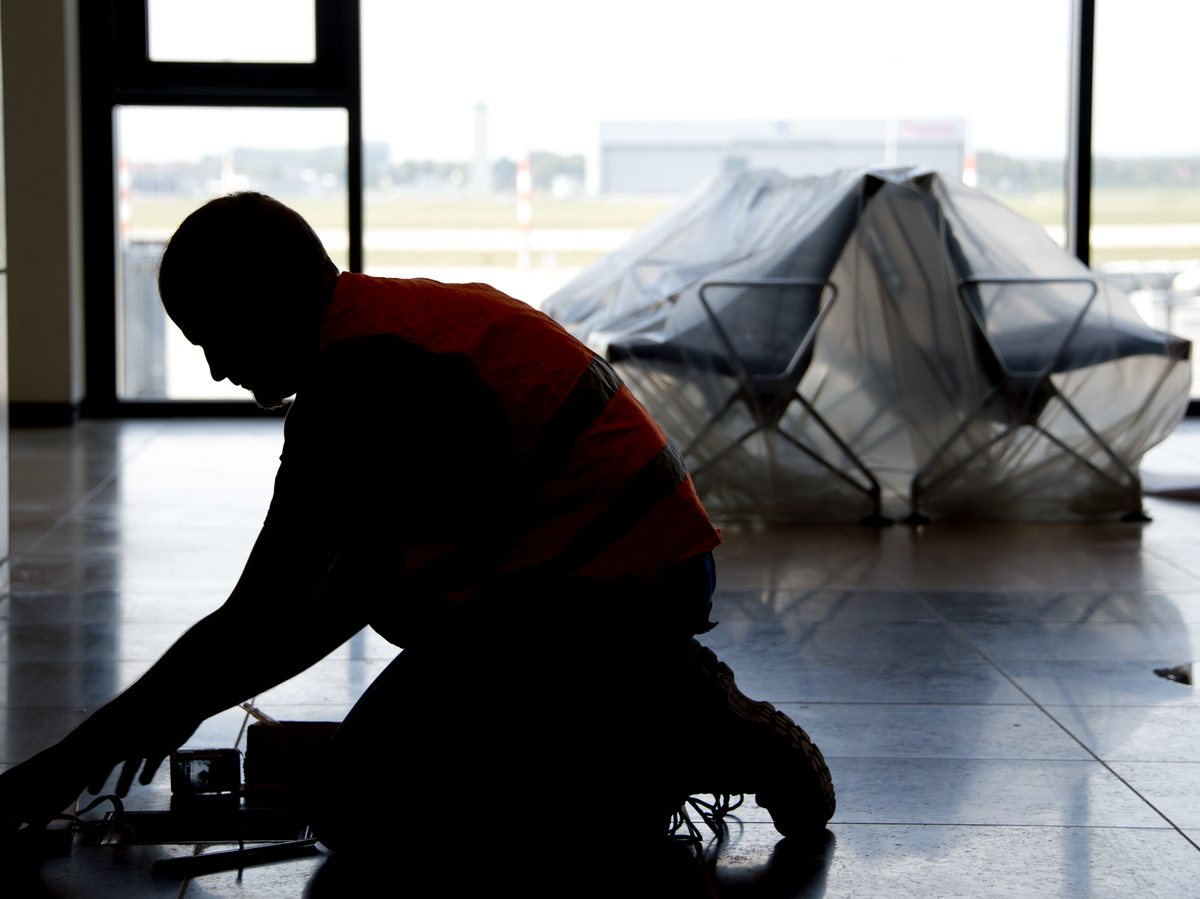 A carpenter works in the unfinished departure hall of the airport on Sept. 11.

The project, which was supposed to be a proud symbol of the unified capital, has instead become the butt of many jokes. There is even a satirical song on the German network ZDF's Morning Magazine program.

Using Ronald Reagan's "Open this gate" line in his famous speech against the Berlin Wall in the background, the German singer urges his countrymen to stop complaining about the delayed opening. He quips that they should take pride in the airport's record for being the quietest worldwide.

But to many Germans, the airport debacle is no laughing matter. The remaining two airports can't handle the growing passenger volume in this global hub. The delays have also already cost the major airlines that service Berlin millions.

"It was quite painful," Lufthansa Senior Vice President Thomas Kropp says of having to repeatedly scrap relocation plans.

German taxpayers and watchdog groups also want to know why the project is costing billions more than originally projected. Martin Delius, who is chairing a local parliamentary inquiry into the project, says the level of mismanagement he and his team have uncovered thus far is shocking.

"There is no solution for this disaster," he says of the airport, which is Germany's highest-profile construction project. "All we can do is try to minimize the damage."

Delius adds Germany's reputation for precise engineering and management as well as timeliness has taken a huge blow because of the airport.

"It's gotten to the point that our friends from Southeast Asia who've invested a lot in Germany and buy our expertise are starting to think twice," he says.

So who is responsible for what's happening at the airport?

Critics blame the supervisory board, particularly Berlin Mayor Klaus Wowereit and political ally and Brandenburg Gov. Matthias Platzeck, for inadequate oversight. The chief engineer and architect for the project who answered them have both been replaced

A spokesman for the new airport, Lars Wagner, waved off questions on what could have been done to prevent the delays and cost overruns. "What's important now for us is to look ahead," he says.