Accessibility links
The Spatter Pattern: Does All The Good Television Have To Be So Bloody? Television has made enormous strides toward respectability and seriousness in the last 15 years or so, but it's gotten addicted to bloody violence.

The Spatter Pattern: Does All The Good Television Have To Be So Bloody?

The Spatter Pattern: Does All The Good Television Have To Be So Bloody? 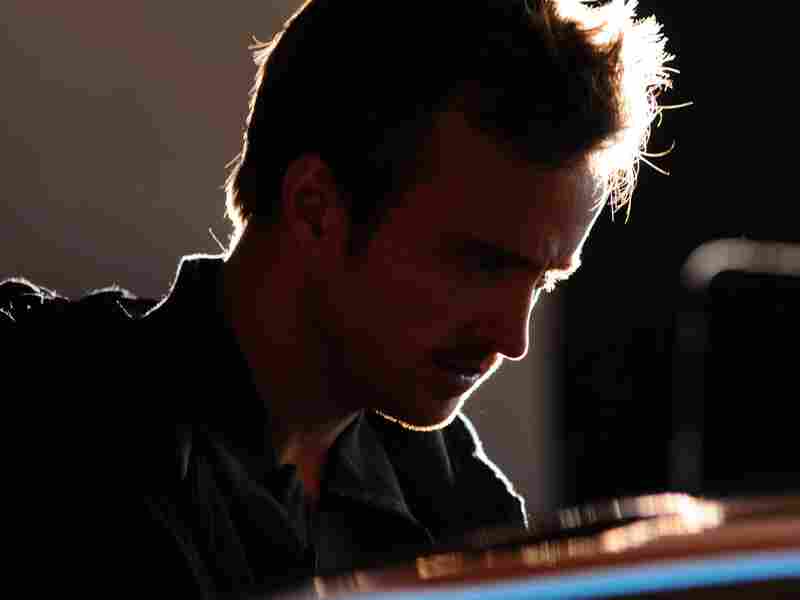 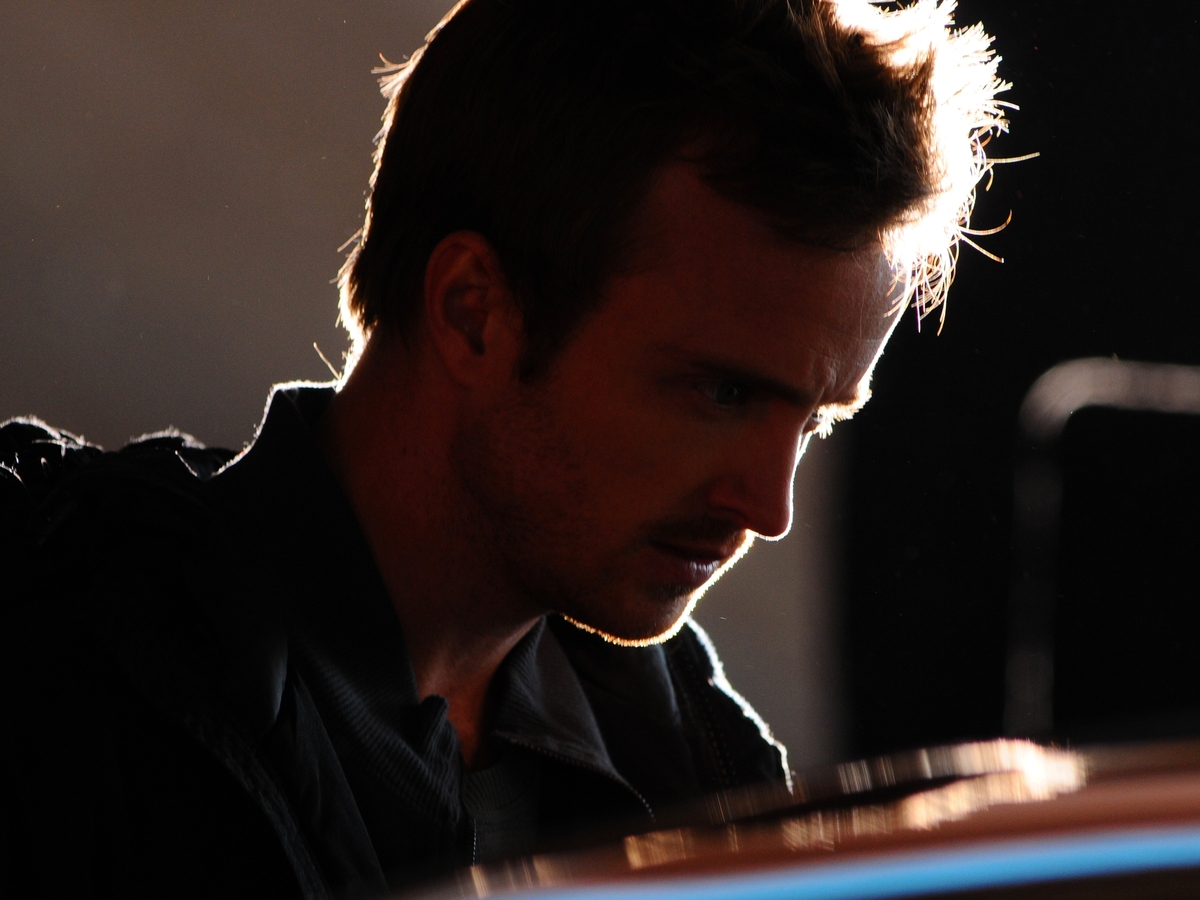 [This piece contains information about the plots of lots of contemporary TV dramas, probably most notably a context-free discussion of an incident during the most recent season of Breaking Bad, as well as general comments on the plot of the film The Grey.]

Alyssa Rosenberg at Think Progress wrote a piece yesterday called "Why American Television Needs A Break From Violence, Conspiracies, And Maybe Even Serialized Storylines," in which she pushes forward a discussion that's been percolating for a while among some of the critics I know about what Alyssa describes as an excess of "intensity" in American television. She doesn't lay the problem entirely at the feet of extreme violence, but she names it as one of the issues:

One of the things that's marked the search for increased intensity in our television watching is increasingly escalating violence, disgustingness as a signpost of how serious a situation. In 18 hours yesterday, I saw two of the grossest things I've ever watched on television, Glenn yanking an arm bone out of a zombie's rotting flesh on the mid-season finale of The Walking Dead (I couldn't make it through the rest of the episode) and a scene from an upcoming episode of television that was much more viscerally upsetting for taking place in a non-genre setting. This is not to say that grotesque violence can't be powerful signposting: the latter incident is so powerful and so keeping in character that I'm still having a physical reaction to my revulsion hours later. And for those of you who know what's coming in the [George R.R. Martin] universe, I'm bracing myself for some truly horrific things coming down the pike in Game of Thrones that will literally test my ability to keep my eyes on the screen as they occur. But I'm curious about the extent to which it's actually necessary to holding mass interest.

After I read that piece, I spent part of the day catching up on a couple of the movies that I missed this year — one a prestige documentary (The Queen Of Versailles) and one a little more mainstream: The Grey, starring Liam Neeson and a bunch of wolves. The latter was advertised as sort of a fight-y action picture, one man against nature, not that different in feel from Neeson's recent roles in films like Taken.

It turns out, however, that what you get in The Grey is essentially the opportunity to watch a series of gruesome, bloody death scenes, with very little to tie the story together other than some flimsy anecdotes about how each of the men in the doomed group has a sad tale and a lot of deep feelings and maybe some buried heroism just waiting to be discovered. Mostly, it's blood all over the place, in addition to a drowning, one suicide by wolf, spurting arteries, eaten-off faces, the dragging away and noisy devouring of the injured, and the screams of those being killed.

At the same time, I've been watching the response to Alan Sepinwall's book The Revolution Was Televised, which chronicles the television renaissance that began somewhere around The Sopranos by way of an analysis of twelve of the shows that made that renaissance happen: Oz, The Sopranos, Deadwood, Lost, Buffy The Vampire Slayer, Mad Men, Breaking Bad, Battlestar Galactica, The Shield, The Wire, Friday Night Lights, and 24. (It's a terrific book. You should read it.)

Now, I ask you: Of those 12 shows, on how many of them would it be not at all surprising to see someone walk up and shoot someone else in the face? I'm going to conservatively say six — fifty percent — would easily embrace a straight-up face-shooting (and several of them actually had at least one), while five of the other six have had at least some gruesome deaths (remember, even the classed-up Mad Men splattered blood all over the office and delivered two suicides by hanging). The last one is about football.

This isn't because Alan cherry-picked the violent shows, either. What if he'd kept going? How about Homeland? Sons Of Anarchy? Dexter? Justified? Boardwalk Empire? The Walking Dead? Game Of Thrones? American Horror Story? It's a lot of blood, in every single one of those cases. Sure, there were people who wanted to see Alan cover The West Wing in the book, and that was often a very good show, but as he's pointed out, it's not part of the prestige revolution — it was admired more the way ER was or Hill Street Blues was, as good, solid dramatic television. This new world, this "television is just as cinematic and important and creatively alive as film" world, is a very, very gruesome place.

Don't misunderstand: none of this violence offends me. To give just one example, The Wire is an astonishing, artistic, brilliant creative work with much more than its violence to create drama, and some of its most violent scenes are some of its most important and necessary. I don't consider any of these shows exploitative or offensive, nor are they about their violence alone; I consider all of them thoroughly deserving of the praise they've gotten. None of these shows when I've seen them have made me feel like The Grey did, like I'm just watching blood pile up.

But what is concerning is that this revolution has been deep but narrow; it's like we have an army of dazzlingly fluent poets who all write in one language. That doesn't, of course, make all the poetry the same, any more than all English-language poetry is the same. These shows are varied in many ways: The Wire is not the same show as The Walking Dead just because people get shot and otherwise brutalized, and American Horror Story and Boardwalk Empire are hardly identical twins. But they share elements, one of which is that the stakes involve — not solely but largely — avoiding being violently killed. And for that reason, they ask the viewer to want to watch people being violently killed now and then, and sometimes now and then and then and then, because otherwise the threats are false.

(It's worth mentioning that the violence is not the only thing many of these shows have in common. They're also very heavy, though less uniformly so, on the question of what it means to be a morally conflicted 40-ish white guy in modern America, or '60s America, or Prohibition-era America, or Westeros. This is also the theme of the highly decorated Louie, which is sort of a comedy, but only sort of. As much as it's failed to reach many kinds of stories, the revolution has also failed to reach many kinds of people with any regularity.)

There have been exceptions to all these rules, certainly: Treme is less about violence, mostly. Big Love was — mostly. Perhaps ironically, Six Feet Under was — mostly.

Still, there are vast expanses of stories that have largely been ignored unless they're mixed in with people being shot in the face. It's said over and over again that The Sopranos is not a mob show but a family show, and there's great truth in that. But it was still a family show where people are terrorized and shot and garroted to death. Breaking Bad may be, to me, the most compelling tragedy I've ever seen on television, and it deserves every breathless accolade it's received. But to access it, you have to belly up for more bleeding out, more spatter, and — this last season — an innocent kid being shot and killed.

Enjoying or not enjoying scenes where people are brutalized is no different from anything else: It is an element of your taste, of what you want to watch. For some people, a show that features murders and rapes and beatings is no harder to watch than one that doesn't. But for some, including me, there simply is only so much of this I care to watch, even as someone who watches television as part of my job. I could not possibly watch Homeland and Breaking Bad and Game Of Thrones and Sons Of Anarchy and Boardwalk Empire and The Walking Dead, because watching one season of each in a calendar year would mean spending almost 80 hours — the equivalent of two full work weeks out of every year — staring at an amount of violence that would make me miserable. I don't want to watch that many people bleed to death, no matter how good the shows are where it's happening. I just don't.

This is not inevitable. This is not the simple operation of physics, where eliminating cornball sentimentality leads without exception to zombies having their armbones pulled out. There was, after all, Friday Night Lights. Why has this revolution not produced more family dramas? More stories about marriages where nobody shoots anybody? More workplace dramas not set in environments where you're likely to get killed? You can say they've failed, but I don't remember a whole huge lot of them being put on offer on the cable outlets that are leading this whole business.

The "television versus film" debate is absurd and always has been; there's no way to attain a weighted average of all of television and all of film, nobody sees all of either one, and comparing best versus best ignores everything else. But at some point, if dramatic television wants to be considered as vibrant and exciting as film can be, it needs a better mix. It needs love stories and family stories, workplace stories and friendship stories, and they can't all be soaked in blood. Inevitably, there is a portion of the audience that is — as Alyssa pointed out — eventually exhausted by that. Not offended; exhausted.

Let me put it this way: If the dramatic television revolution were almost entirely focused on musicals — funny ones, dramatic ones, great ones, but most of them musicals — how quickly would critics say that no matter how good those musicals are, and no matter how brilliantly talented the people who make them may be, they've had enough musicals?

Your brilliant musical is my brilliant gore-spattering drama. I don't have any more carrying capacity. Every year, I watch plenty of films that rely on the creation of high stakes simply forged from the fact that human beings are complicated and fallible and break each other's hearts and want things they will never have. I will watch Walter White kill and perhaps even be killed, and I'm certainly grateful to have him. But I long for more brilliant television with the same vibrancy and creativity and talent that gives me those personal stories without the part where I have to watch people shot, stabbed, raped, eaten, beaten, and dissolved in acid.

Please do not make The Grey into a series, is what I'm saying.