Accessibility links
Movie Review - 'The Fitzgerald Family Christmas' - Doing Dysfunction A Disservice In The Fitzgerald Family Christmas, actor-director Edward Burns revisits the well-worn holiday trope that has someone unexpected showing up for the feast. Critic Stephanie Zacharek says that with its mounting complications, the film tries to cram too much into its 99 minutes.

'Fitzgerald Family' Does Dysfunction A Disservice

'Fitzgerald Family' Does Dysfunction A Disservice 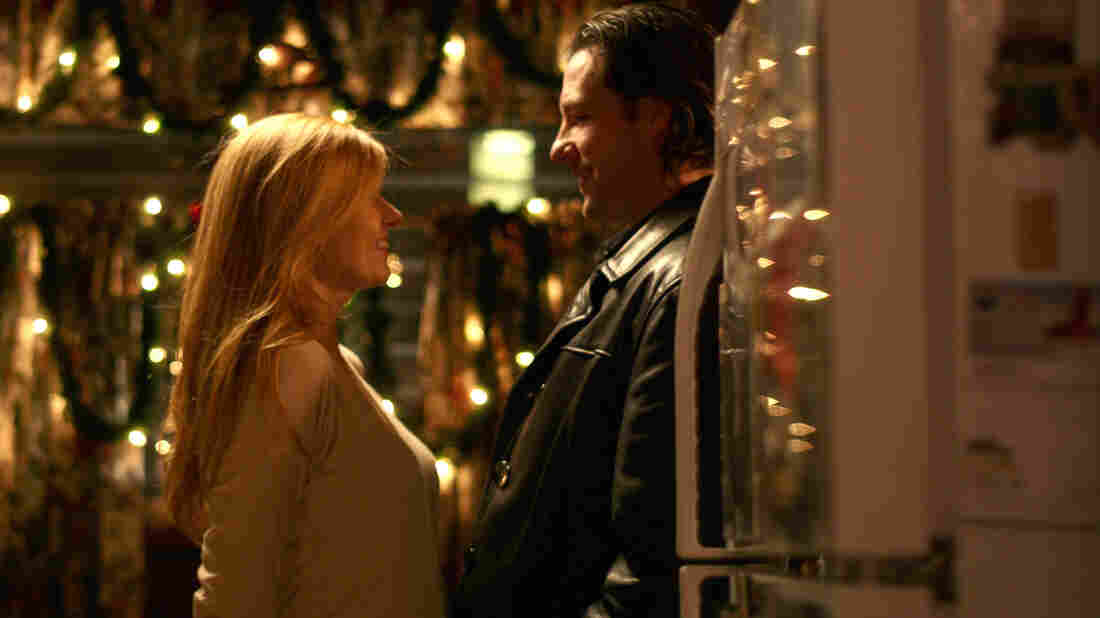 There's nothing particularly special about Edward Burns' wry family drama The Fitzgerald Family Christmas –-- but that makes it something of a relief amid the avalanche of overlong, big-ticket prestige films that comes tumbling into theaters this time of year.

You've probably seen some version of this story before: A crotchety and unreliable old man, long estranged from most of his family, attempts desperately to reconnect with them on Christmas Day. It's urgent, because he's harboring a Secret with a capital S.

But the familiar plot framework is really just an excuse for Burns to grapple with the complicated, often acrimonious family dynamics among his characters. Particularly for those who come from large, sprawling families, plenty of it is likely to ring true.

Burns himself plays Gerry, one of seven kids in the Irish Catholic working-class Fitzgerald family, and the only one who has never left home. He runs the family business, a well-kept pub with a glossy bar, and serves as the family organizer and peacemaker, which is a harder job than it may sound.

His crisis du jour? He's been contacted by his father (Ed Lauter), who skipped out on the family some 20 years earlier, leaving his wife (Anita Gillette) with those seven children, the youngest of them still in diapers. Dad really wants to be allowed to attend the family's upcoming Christmas gathering; Mom wants nothing to do with Dad, for understandable reasons.

It's left to Gerry to apply salve to all the unhealed wounds, not just between his parents but also among his numerous siblings. The Fitzgeralds all seem to love each other well enough, but they can tolerate being in the same room with one another only in various permutations.

One of the youngest (Kerry Bishe) doesn't really have anything against one of her much older brothers (Michael McGlone); she simply feels he doesn't know her, thanks in part to their age difference, and at one point she challenges him to name the high school she attended. (He gets it wrong.) 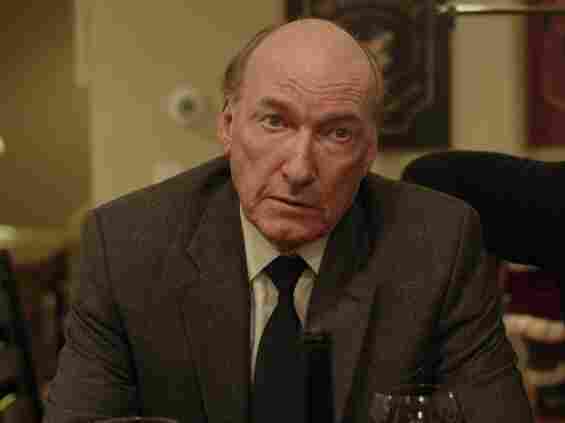 The youngest Fitzgerald (Tom Guiry) is a surly lad just out of rehab; he resents his absentee father more than anyone else in the clan does. The snobby one (Heather Burns) doesn't want to have much to do with anybody. And the two remaining sisters — played by Caitlin Fitzgerald and Marsha Dietlein — are having various marital problems, which only intensify tensions within the family.

Meanwhile, between his mounting familial responsibilities, Gerry is trying to spark a romance with an elderly neighbor's caretaker (Connie Britton). If that sounds like too many complications to cram into one 99-minute movie — well, it is. And Burns, who also wrote the script, lets some of these plot threads get away from him.

But The Fitzgerald Family Christmas is extremely perceptive about certain angles on life in a big family. Burns understands, for example, the way very large families are often two or three families jammed uncomfortably into one: Older siblings are sometimes foreigners to younger ones, with completely different cultural references. One child or another may hold a grudge against a parent, dictated largely by the year he arrived in the family lineup; a kid born during a particularly stressful time may not get as much parental attention as his siblings did.

But no matter what, every child eventually needs to acknowledge the parental units as flawed human beings. Burns, whose last picture was the 2011 comedy Newlyweds, may have overstuffed the Christmas goose, but his casting at least is spot-on. Lauter, as the patriarch who brings disgrace and distrust upon himself, doesn't play his character as a lovable, misunderstood old coot. Instead, he's grouchy and unyielding; he's earned the kind of mug that's not easy to forgive. As they try to welcome him back into the fold, the Fitzgeralds have their work cut out for them. Christmas may be a holiday, but it's hardly a day of rest.