Accessibility links
'It's A Disaster': Life Inside A Syrian Refugee Camp At one camp near the town of Atma, near the border with Turkey, some private aid is getting through, but it's not nearly enough. There's a shortage of tents, water and food — all amid falling temperatures. 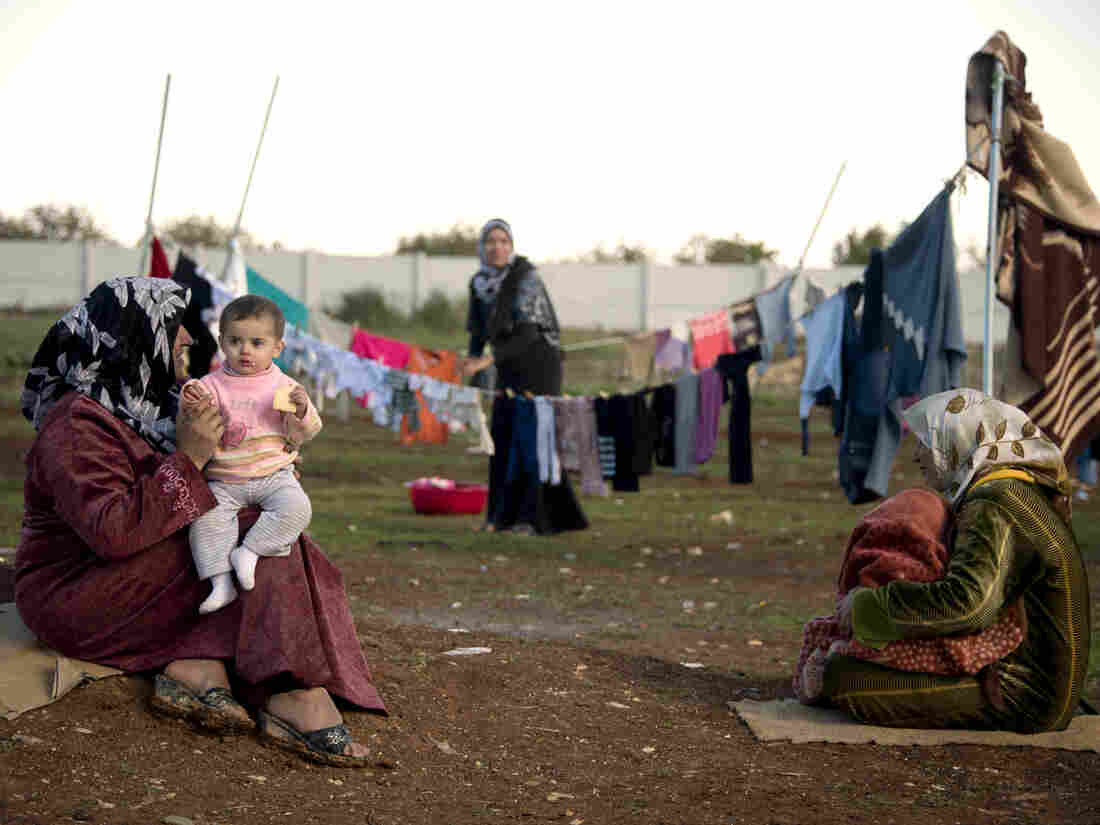 Mothers and their children sit among their washing in a refugee camp on the border between Syria and Turkey near the northern city of Azaz on Wednesday. The internally displaced faced further misery as heavy rain was followed by a drop in temperatures. Odd Andersen/AFP/Getty Images hide caption 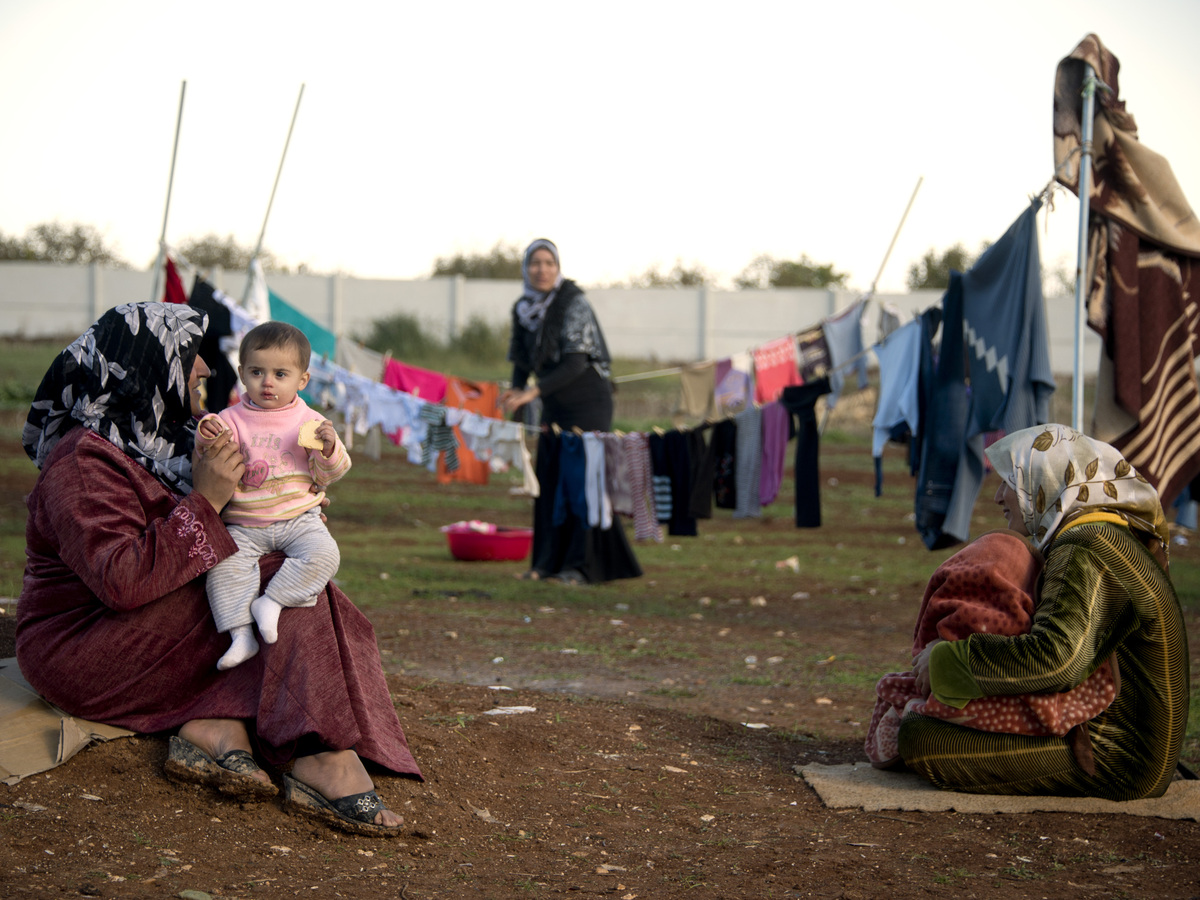 Mothers and their children sit among their washing in a refugee camp on the border between Syria and Turkey near the northern city of Azaz on Wednesday. The internally displaced faced further misery as heavy rain was followed by a drop in temperatures.

It's early afternoon when the sun is bright, and it's finally warm enough to come outside. This tent camp on a hill overlooking the Turkish border, near the Syrian town of Atma, houses more than 14,000 displaced Syrians.

The water here is trucked in, and it's the only source. Women line up with plastic jugs to haul the daily delivery back to the tents. What is striking are the children — in dirty clothes and summer shoes, faces red and raw from the cold.

There are no international aid agencies here. Private donors supplied the tents, but there's never enough, says Mohammed al-Najar, a schoolteacher who arrived 50 days ago after his village in Idlib province was bombed. He says there's a new arrival every day.

"You need to stay without a tent, one day, maybe two days," he says.

That's an improvement from the summer, when everyone in this camp slept outside in an olive grove. They were Syrians on the run, but they were refused entry to Turkey because those camps were full.

This camp is run by Syrian activists who raised money for tents and food. Then they recruited Syrian rebels who now guard the vulnerable population, mostly women and children. It's getting better, says Syrian-American Yatzen Shishakly, one of the volunteers working at the camp. But it's still cold, muddy and wet, he says.

"The camp itself is just like a small town now, and you have people selling stuff," he says. "We have security. We have all kind of people, but that doesn't mean we are doing good."

A truck rolls through the dirt tracks with vegetables for sale. There's also a small food stall with produce — lettuce, some oranges, cauliflower, eggs — spread out on a blanket.

But most survive on shared daily donated rations — bread, jam, yogurt and cheese. Some packets are out of date — and the cheese smells bad.

Nidal Khalouf has a plan for better food distribution. He's a big man in military fatigues. He left a business in Romania to help out because he has family in Syria.

"We have a lot of problems with food," he says.

A Syrian Tank Shells Turkey, Yet The Response Is Silence. Why?

We walk down a dirt path to see the kitchen he's building with donated gas burners and huge cooking pots. But with limited support, the biggest threat is still the winter, Shishakly says.

"Well, it is a disaster, last week, when it rained, it was a disaster," he says. "When it's cold, we don't have enough blankets. You hear the kids crying in our camp."

There are more than 3,000 children here, says Hana, an engineer from Aleppo, who only gives her first name to protect her family in Syria. She drew up the plans for the camp and works as the chief administrator. An activist who once planned demonstrations in Aleppo, she now works to get heat and light turned on here.

"We see if the sun is go down, you cannot see," she says. "And they fall down. They get injured. It's very bad. We start to talk to Turkish government to support us a little electricity."

She says Turkey hasn't yet agreed.

Yet every day it gets colder and more Syrians arrive, only adding to the misery.