Accessibility links
Forgotten Gems From The Dave Brubeck Quartet We remember Dave Brubeck, who died Wednesday at age 91, with a March 2012 review from jazz critic Kevin Whitehead, who wrote about a few of the more obscure titles from Dave Brubeck's quartet. 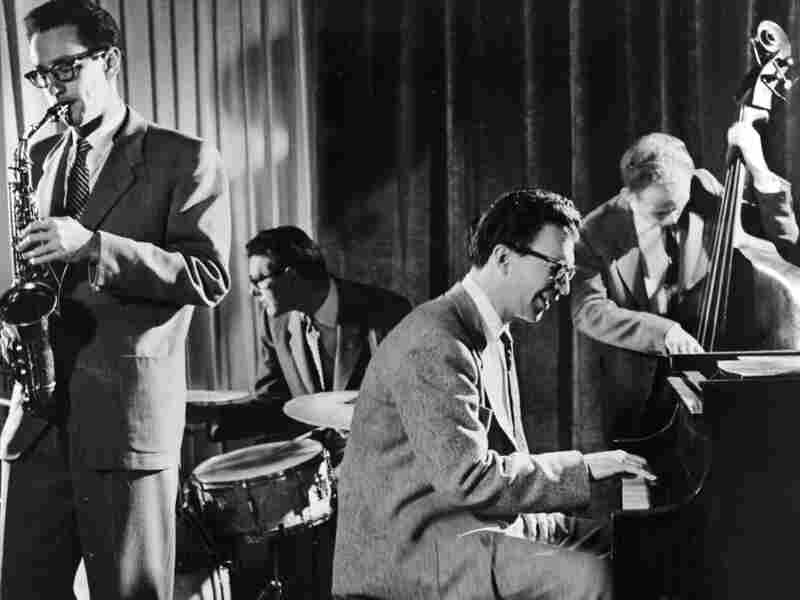 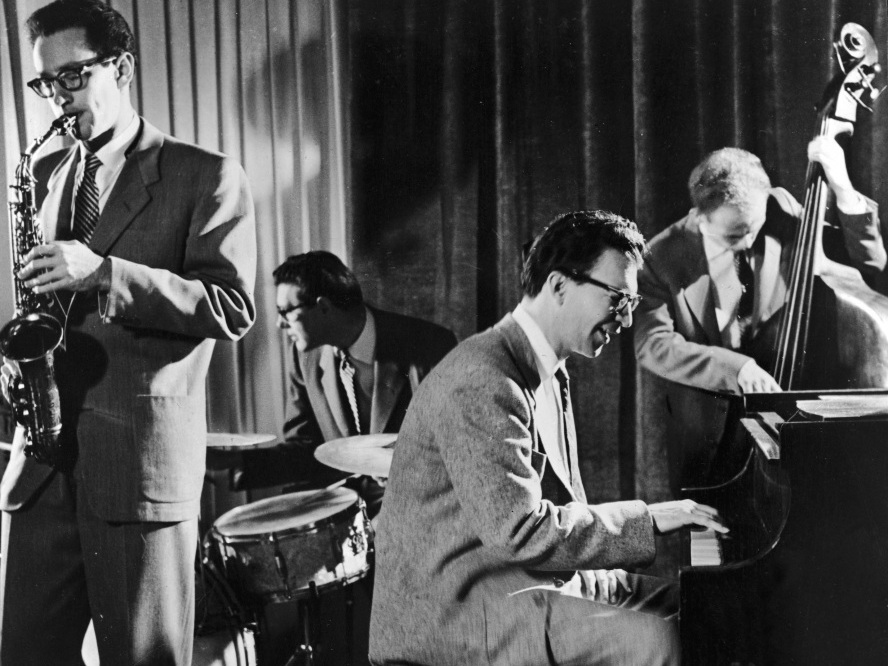 This review was originally broadcast on March 12, 2012. Brubeck died Wednesday at age 91.

After Dave Brubeck signed with Columbia Records in the mid-1950s, his quartet made a few albums a year, and now that material has been collected in a 19-disc box set called The Dave Brubeck Quartet: The Complete Columbia Studio Albums Collection. Besides familiar titles like Time Out and Dave Digs Disney, it includes some all but forgotten albums, such as Gone with the Wind and Jazz Impressions of the U.S.A., which have now become available separately as download-only items.

By 1959, the quartet was short of material to record, having exhausted its live repertoire. The album Time Out — with its tunes, like "Take Five," in odd meters — would point them in a new direction, but it took that stuff a couple of years to catch on. The album Brubeck made just before Time Out, called Gone with the Wind, consisted mostly of moldy old tunes, many in the public domain, that the band hadn't played before. It could have been a throwaway, with trifles like "Deep in the Heart of Texas," where Brubeck could get heavy handed. But sometimes his playing is surprising restrained. For me that's Brubeck at his best.

Brubeck's quartet's great success was partly due to Joe Morello's flashy drumming and partly to the contrast between the exuberant Brubeck and the imperturbably serene Paul Desmond. The alto saxophonist improvised plaintively lyrical melodies with a tangy sweet-and-sour tone. He and Brubeck orbited and influenced each other: Desmond wrote their splashy hit "Take Five," and when he'd quote other tunes in a solo for sport, Brubeck might rise to the bait. Improvising on the track "Gone with the Wind," Brubeck works in "Have You Met Miss Jones," the Candid Camera theme and a few more tunes.

The quartet's next and biggest album, Time Out, was partly inspired by rhythms it had heard touring the world in 1958. After that it was back to more Stephen Foster and such for the album Southern Scene — but with fewer sightings of Paul Desmond, who'd weary of the band occasionally. Confronting other cultures may have prompted the travelers to reassess their own, but other jazz musicians played Anglo-American traditional themes during the late '50s folk music boom. Brubeck's quartet would record a few albums inspired by their tours, like the classic Jazz Impressions of Japan. But the first of them was Jazz Impressions of the U.S.A. from 1956, with Brubeck's "Ode to a Cowboy."

No jazz musician was more urbane than saxophonist Paul Desmond, who sounds as much at home on the rural sketches on Jazz Impressions of the U.S.A. as on the salutes to Broadway and the Chicago Loop — no surprise, as his tone never varies. Much as Morello's slamming could get on Desmond's nerves, the drummer and the pianist knew how to lay back and set him up. And Brubeck wrote Desmond nice vehicles like the rolling pastorale "Summer Song."

Before they were world travelers, the Brubeck quartet crisscrossed the American continent, as the toast of the college circuit. Dave Brubeck wrote "Plain Song" on a bus somewhere in western Iowa, and you can hear the road weariness, monotonous landscape and cathunk of tires on concrete highway slabs. No wonder this busy quartet's music drew more and more on what they saw and heard on the road. It's like rockers and country singers doing songs about the Holiday Inn. You write what you know.