Accessibility links
More Teachers 'Flipping' The School Day Upside Down With "classroom flipping," teachers record their classroom lectures online for students to watch at home. Classroom time is then used for problem solving and homework.

High school sophomore Jessica Miller watches her chemistry teacher's lectures on an iPad. Class time is used for working through problems and quizzes, rather than lecturing. Grace Hood/KUNC hide caption 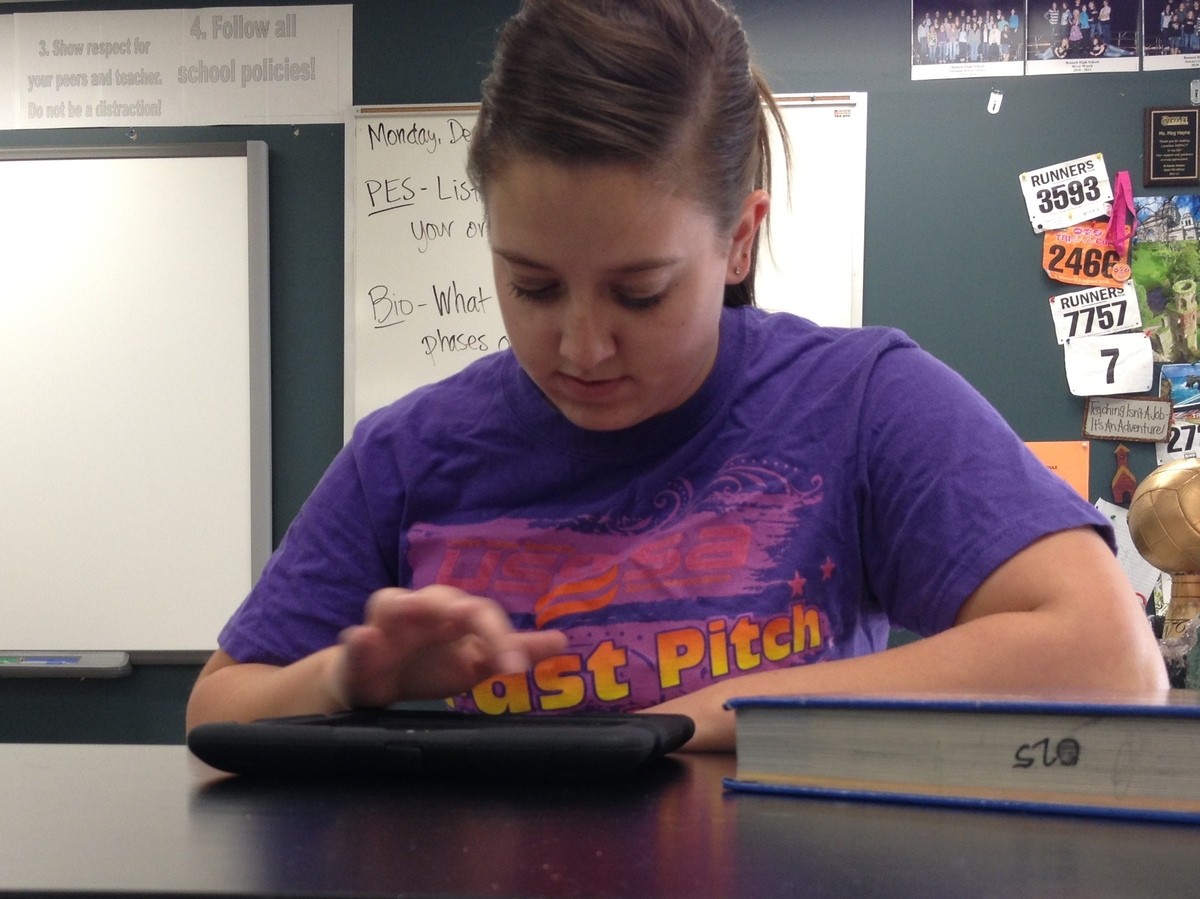 High school sophomore Jessica Miller watches her chemistry teacher's lectures on an iPad. Class time is used for working through problems and quizzes, rather than lecturing.

Welcome to the 21st century classroom: a world where students watch lectures at home — and do homework at school. It's called classroom flipping, and it's slowly catching on in schools around the country.

When Jessica Miller, a high school sophomore in rural Bennett, Colo., sits down to do her chemistry homework, she pulls out her notebook. Then she turns on an iPad to watch a video podcast. Whenever the instructor changes the slide, Miller pauses the video and writes down everything on the screen.

Miller can replay parts of the chemistry podcast she doesn't understand, and fast forward through those that make sense. Then she takes her notes to class where her teacher can review them.

Back in the classroom, chemistry teacher Jennifer Goodnight walks up and down the rows of desks giving verbal quizzes, guiding students through labs and answering questions.

Goodnight is one of about five teachers flipping their classrooms at this small school on Colorado's Eastern Plains. She's part of a growing group of teachers using the concept since it emerged in Colorado in 2007.

Goodnight's been teaching for 12 years and has been flipping her class for the past two. The effort is paying off with better test scores, she says.

"If they're going to have their iPods all the time, might as well put a lecture on it," Goodnight says. "So on their way home from school, on the bus or whatever they can maybe watch your lecture for homework that night. It's truly about meeting them where they're at, and realizing that the 21st century is different."

Jerry Overmyer, creator of the Flipped Learning Network for teachers, agrees. "The whole concept of just sitting and listening to a lecture is really, that's what's getting outdated, and students are just not buying into that anymore."

Overmyer's network has almost 10,000 members. He says the flipped classroom concept is particularly popular in math and science classes, where students can easily become frustrated working problem sets at home.

And while the video component of the program seems to get the most attention, he says what really matters is how teachers use classroom time.

"It's about that personalized face-to-face time. Now that you're not spending all of class time doing lectures, you're working one on one with students," Overmyer says. "How are you going to use that time?"

While there's little academic research on the concept, it appears to work in a variety of schools from Colorado to Illinois and Michigan. Outside Detroit, Clintondale Principal Greg Green tested the idea in 2010 as a way to curb disciplinary issues and boost test scores. It worked well enough that Green flipped the entire school, which has a large number of at-risk students. 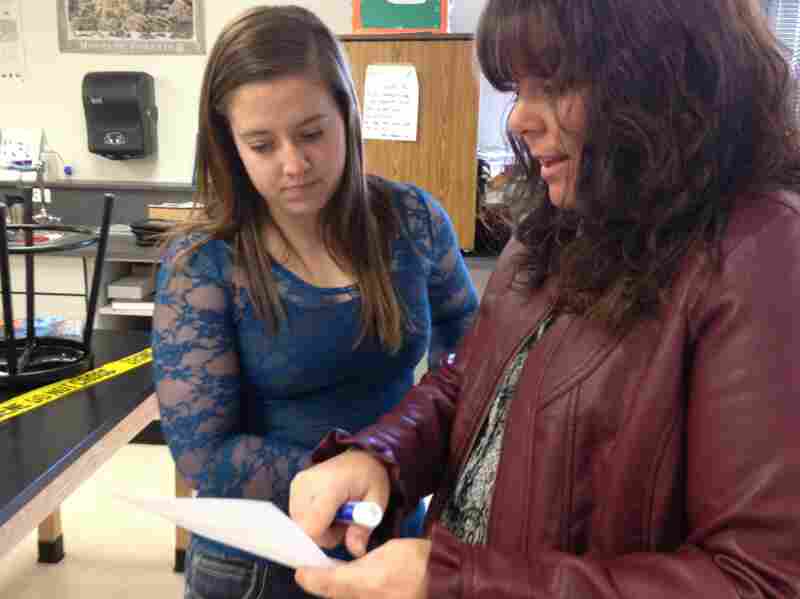 "Now you can simply just take about five steps and record a video and then simply send it to your students and parents and keep everyone informed," Green says. "So now we're becoming even more transparent."

That transparency can go a long way toward winning over parents who are skeptical of the idea.

Back in Colorado, Bennett High School parent Denise Patschke was once one of them. She questioned classroom flipping videos when her son first came home from school with one. But as time went on, she began to watch them.

"I can listen to the video as well when they need help, and then I can try to help him understand what [the teacher] is saying," Patschke says.

Chemistry is tough enough for high school students — let alone parents whose last chemistry class was 25 years ago. A flipped classroom, advocates say, could make helping students easier for everyone.