Accessibility links
An Unlikely Youth Chorus Comes Together Online Though they live miles apart, students enrolled in one of Ohio's oldest online schools are getting the chance to hear their voices in harmony. 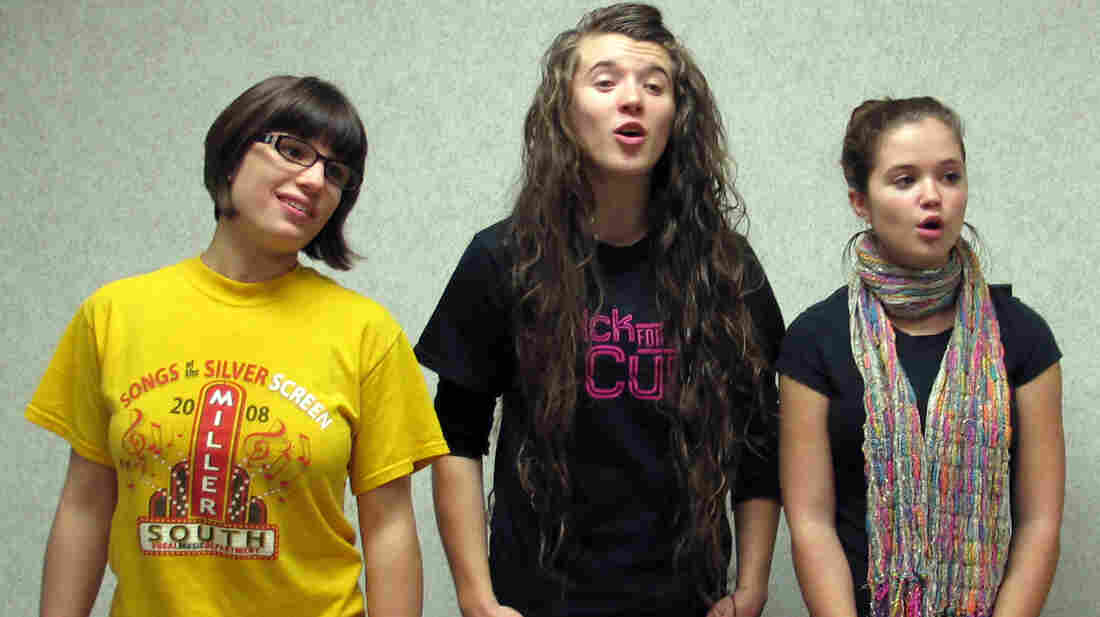 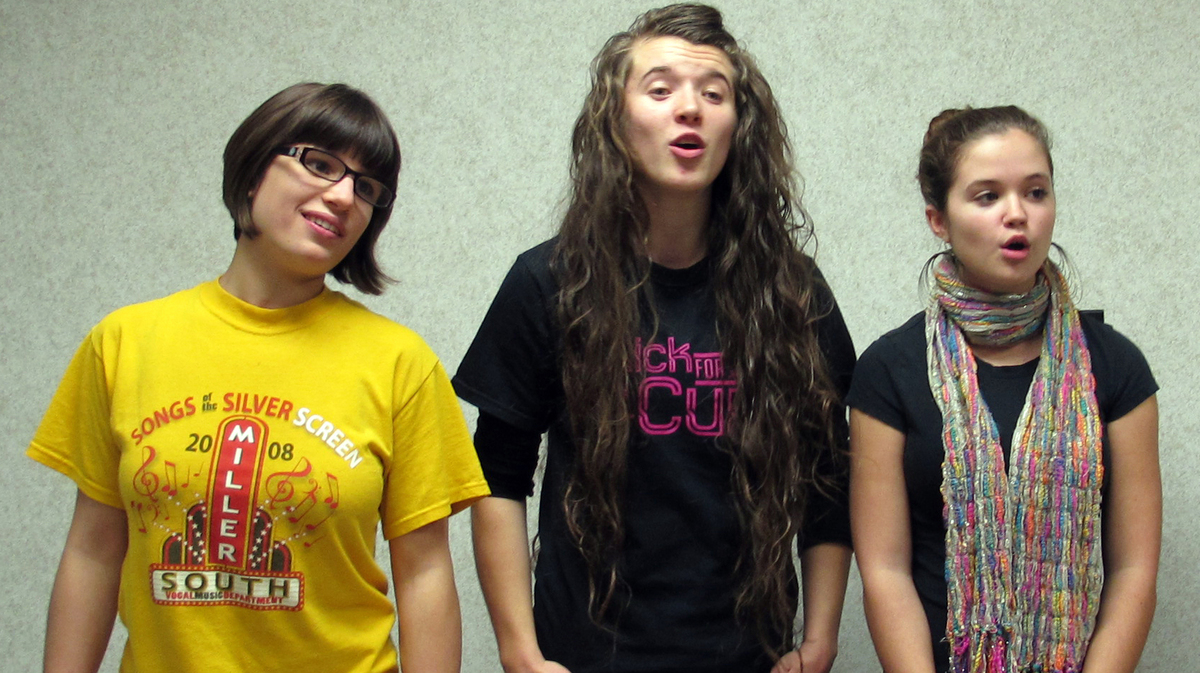 Diana Newlon sits on her living-room couch leading choir practice. With her laptop balanced on one arm of the sofa, she looks at a screen full of videos of girls singing "Jingle Bell Rock." Each girl is in her own little square, arranged Brady Bunch-style on the screen.

Newlon teaches at the Ohio Distance and Electronic Learning Academy — OHDELA for short — and she's the founder of perhaps the only all-online school choir in the state, or even the nation.

Newlon's boss, the principal of OHDELA, thought she was crazy when she suggested starting a school chorus last year. OHDELA students live all over Ohio, and take classes entirely online.

He was wrong. Even with little publicity for the choir, about 20 students enrolled this year. They practice online through group video sessions twice a week, supplemented by in-person practices at least once a quarter. Instead of lining up on risers, they use a video-chat program for the online practices. 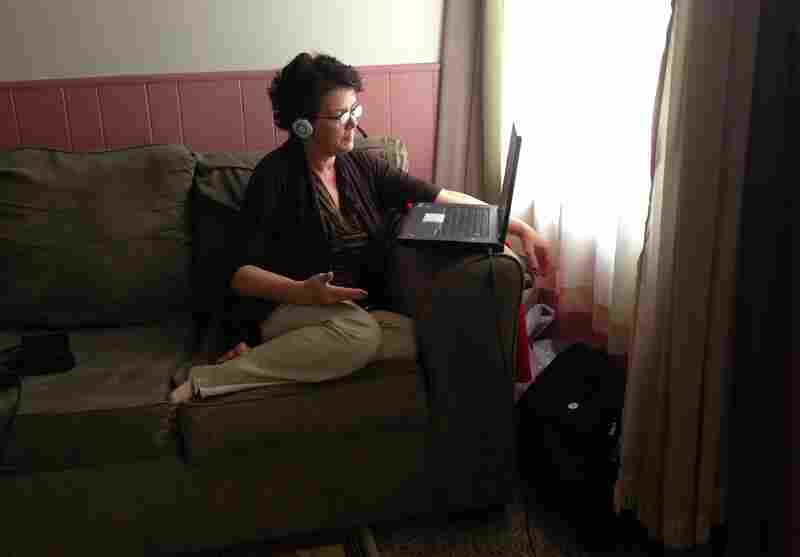 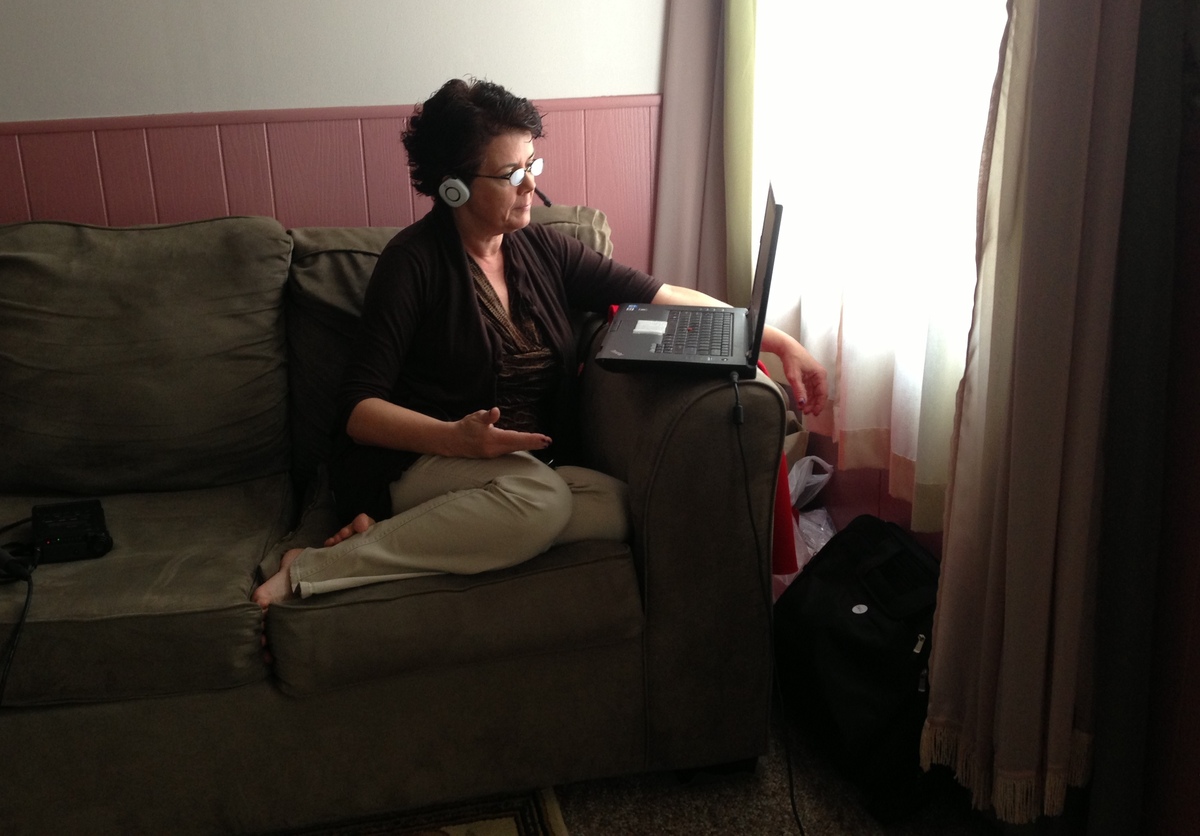 "They're there with their bed hair and their pajamas, sitting on their bed sometimes," Newlon says. "Wherever they're at."

It's not perfect. Sometimes the sound cuts out or lags. But a school chorus taught mostly online? Can that even work?

"I feel so, because Ms. Newlon is an awesome teacher," says Erika Blon, a senior at OHDELA and a leader of the chorus. "She's there to instruct us, and if we have a problem she is right there to say, 'Okay, if you have problem with this, listen to how I do it.'"

The chorus is all women for now. It's open to all OHDELA students, but the women say no men have had the courage to stick with it for any length of time.

Recently, the choir held one of its in-person practices at OHDELA's headquarters in a downtown Akron office tower. Afterwards, as the chorus members got ready to leave, I talked with OHDELA student Hannah Fulks. Fulks has cerebral palsy and her voice sometimes wavers — but she loves to sing. She says she wonders whether she'd be welcomed in a "regular" school chorus.

"Would they accept me or not? I'm not sure," she says. "These girls all accept me like I'm just another girl, but at regular school I'm not sure if they would be this nice."

On Saturday evening, the full chorus will give its first performance in front of a live audience, a holiday concert in Akron. There will be elf hats and Santa costumes and a teacher dressed as the Grinch. Women who have practiced "Jingle Bell Rock" and "Oh Holy Night" via video chat will sing those songs together on stage. Fulks says it's going to be awesome.

"Other people will get to see what a online school can do," she says, "without being together, like, every day."