Accessibility links
Next Post-Sandy Challenge: The Sea Of Damaged Cars Hurricane Sandy wrecked hundreds of thousands of cars along the New York and New Jersey shorelines, and could cost auto insurers around $800 million. That's not the companies' only problem, though; disposing of these water-damaged vehicles isn't so simple. 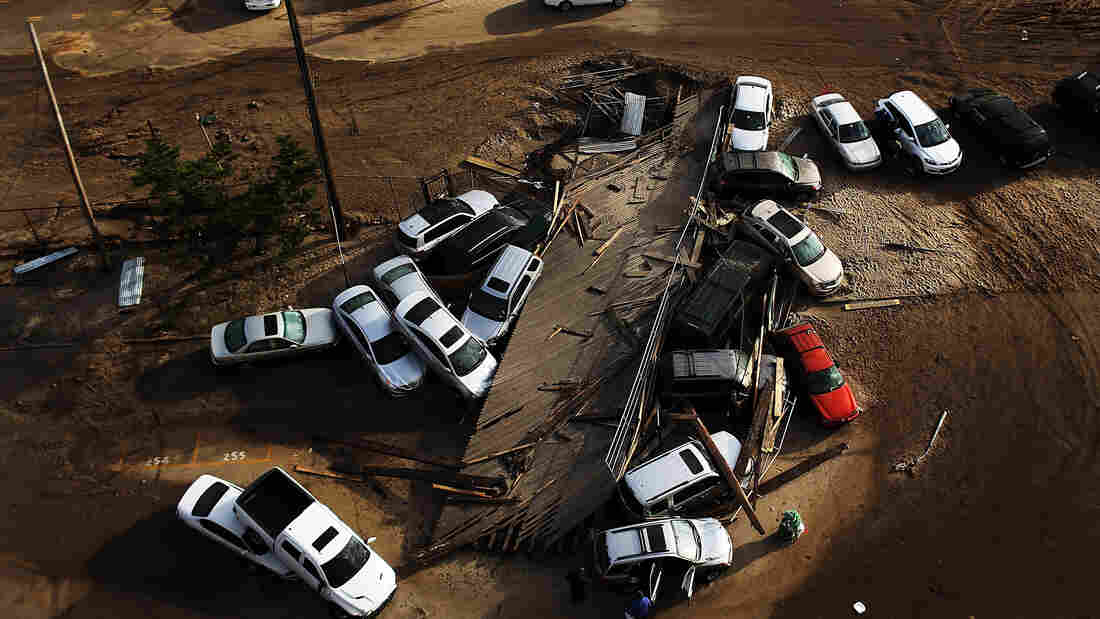 Abandoned and flooded cars sit in the Rockaway neighborhood of Queens, N.Y., on Nov. 2. It's estimated that it could cost auto insurers $800 million to deal with all the claims from the storm. Spencer Platt/Getty Images hide caption 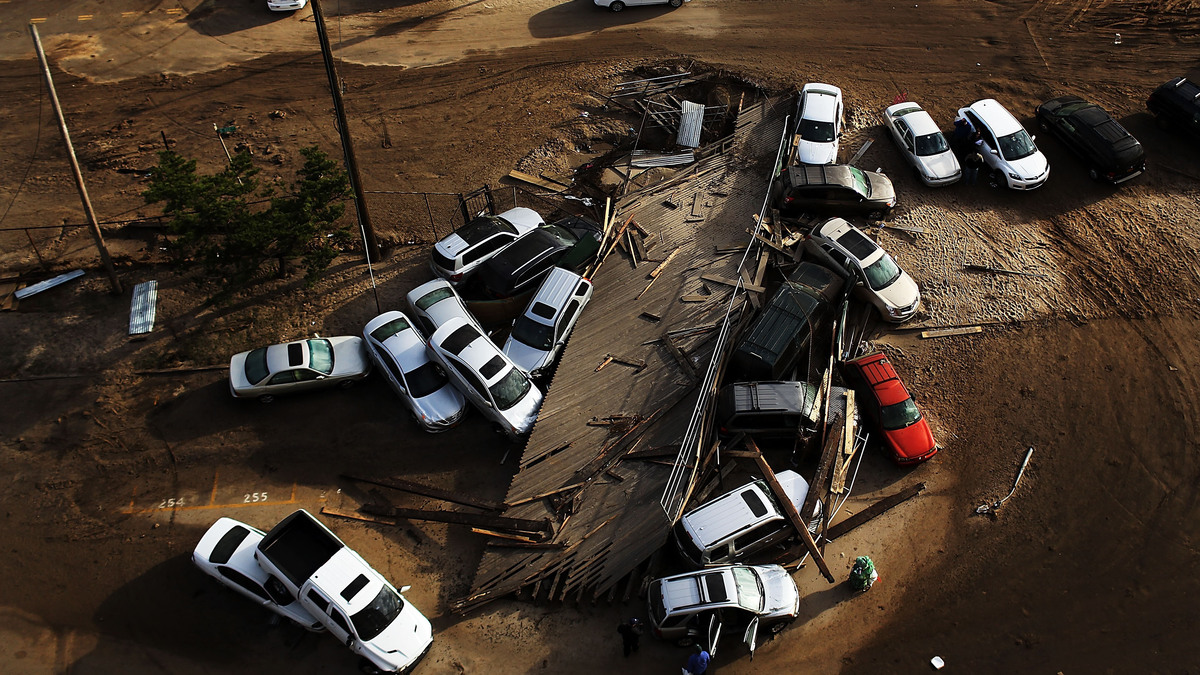 Abandoned and flooded cars sit in the Rockaway neighborhood of Queens, N.Y., on Nov. 2. It's estimated that it could cost auto insurers $800 million to deal with all the claims from the storm.

Hurricane Sandy wrecked hundreds of thousands of cars all along the New York and New Jersey shorelines, and could cost auto insurers around $800 million. That's not their only problem; disposing of these water-damaged vehicles is not so simple.

If you have comprehensive coverage on a damaged car, the insurance company gives you a check and the car disappears from your life. But then what?

"In this area [there are] about 900 cars that have to be towed out that have been totaled out by insurance companies," says Micah Hardy, a tow truck driver removing cars from Coney Island. "So we're picking them up and taking them to a staging area."

Hardy, who is from Florida, arrived in the area the day after Thanksgiving. One tow truck driver he knows came all the way from Las Vegas.

After Sandy Outages, A Tale Of Two Utilities

There is a lot of work to do; Sandy damaged or destroyed close to quarter of a million vehicles. These cars must be accounted for, moved and disposed of.

Brian Sullivan, editor of the trade newsletter Auto Insurance Report, believes most wrecked cars will ultimately be sold for parts or shredded and melted down.

"Salvage cars are kind of like when someone butchers a pig and they talk about using everything but the squeak," Sullivan says. "These cars get broken down and everything gets reused that can be reused."

Headlights, fenders, hoods and even the lens over your backup light — it all has value.

A decade ago, storm-damaged vehicles might turn up on the used car lot. That can still happen, but title-tracking services like Carfax are making it easier for consumers to find out exactly what they're buying. These days, most cars first go to auction. These sales are dominated by two nationwide auction companies that sell only to pre-qualified bidders.

Where To Put Thousands Of Junked Cars

Jeanene O'Brien of Insurance Auto Auctions says Sandy is a bigger challenge than even Hurricane Katrina.

So the damaged cars go where space can be found — even the parking lot of the Belmont Park racetrack. On a recent day there were no horse lovers in sight, but every minute, another tow truck arrived, bringing more totaled cars.

The autos will be quickly moved to other lots across the area and then auctioned off in a matter of weeks.

Not everything moves so quickly, however, and Hardy says most days he manages only three or four trips between Coney Island and Belmont. He calls moving junk cars a hurry-up-and-wait kind of job.

"There are a lot of dry runs that you do that you don't get anything," he says. Today he had three: "One [vehicle] was blocked by the fire department, one was not at the address, and the other one was at a location that money was still owed on the vehicle, so I wasn't able to get it."