Accessibility links
Fatal Attraction: My Heart Was Stolen By A Ninja Assassin Elektra Natchios is the ultimate comic book heroine — sexy, smart and completely lethal. But author Sean Howe explains how a grim prequel destroyed his idealized vision of the sultry assassin. Have you ever read a prequel that ruined the book? Tell us in the comments.

Fatal Attraction: My Heart Was Stolen By A Ninja Assassin

Fatal Attraction: My Heart Was Stolen By A Ninja Assassin 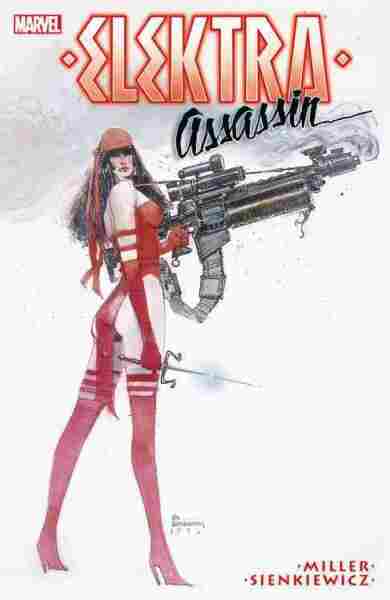 by Frank Miller and Bill Sienkiewicz

Sean Howe is the author of Marvel Comics: The Untold Story.

In 1980, the comic book artist Frank Miller introduced the raven-haired femme fatale Elektra Natchios in the pages of Marvel Comics' Daredevil. She was the former lover of Daredevil's alter ego Matt Murdock, and his Columbia University classmate until her diplomat father was killed and she left the United States.

Although she'd never before been referenced, suddenly the readership was asked to accept that this pouty, Mediterranean dancer was the scar from Murdock's past that had never healed. And it worked: The flashback sequences of their early romance, juxtaposed with his crippling confusion when she swooped back into the present day of his life, presented a fate twist as bitter as Ingrid Bergman walking into Humphrey Bogart's gin joint, or Rita Hayworth tossing her hair and a dazzling smile at Glenn Ford.

It was clear she'd gone through some heavy changes — for starters, she was an assassin who brandished forked Japanese weapons (called sai) and fraternized with crime bosses and ninja. Within a year of that first appearance, she'd bedeviled not only Murdock but Daredevil's entire adolescent readership, a legion of lonely kids who were perfectly primed to romanticize an athletic, sensual, good girl gone bad in need of rescue. After a year of cultivating this obsessive fan base, Miller killed the character; mortally wounded by the villain Bullseye, she died in Murdock's arms. 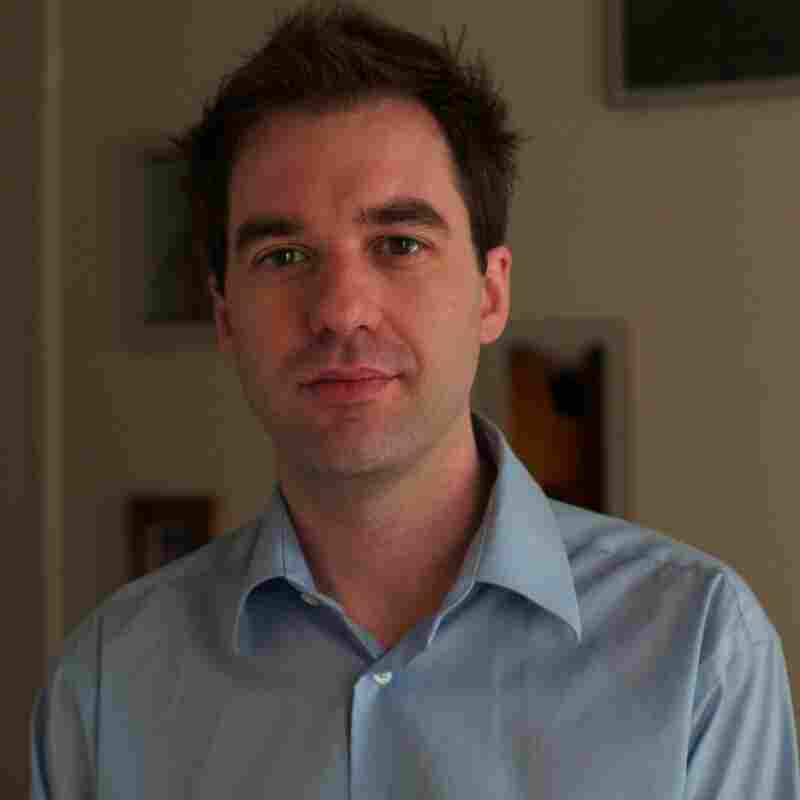 And me? I didn't discover Elektra until a few years later, when Marvel published a reprint collection called Elektra Saga. Reading this carried a different kind of charge than if I'd read the comics as they unfolded in real time. The punch of those early flashbacks was compounded by my knowledge that Elektra was truly unattainable for our hero; unlike Bergman in Casablanca or Rita Hayworth in Gilda, she was dead. Although the yearning that I felt for her was confusing and overwhelming, it was hardly hormonal. I was only 10 years old. But while other kids clamored for new issues of G.I. Joe, I continued to carry a torch for a character that no longer existed.

And then, in 1986, Elektra came back. Frank Miller announced that he'd be writing a prequel of sorts, illustrated by Bill Sienkiewicz. Elektra: Assassin would be published on glossy paper, with no ads, at three times the price of a normal comic. And it carried a warning: "For Mature Readers Only." Hey, that was me — didn't I have the scars of heartbreak to prove my maturity? I hoped for a joyous reunion.

Here's what happens in that first issue: While Elektra is in the womb, her mother is murdered by helicopter fire. At an indeterminate later time, she's in a crowded insane asylum, being hosed down with a cluster of other naked women by a fat, laughing debaucher. A turtle kills a rat with its jaws. In a dingy South American hotel, a man pays her $2 to kill a politician. There's some business with a demon and bad-smelling milk.

Now, I don't want to ruin too much of the story for you, but as things unfold, a wayward government agent with bionic limbs, a beefy physique and a toupee falls in love with Elektra, and they begin an antagonistic, Wile E. Coyote-and-Roadrunner relationship. Did I mention that some characters boast mind-control powers, or that others genetically mutate?

Needless to say, it wasn't what I'd hoped for. At the end of it all, not only was Elektra still dead, but now my idealized version of her was tarnished, too. It was an early lesson in the tragedy of projection. What did I expect the life of a woman who killed people for a living to look like up close? Never again, vowed my 13-year-old self, would I fall for a deceased fictional female character with daddy issues, an attraction to danger and government-agent suitors, especially one whose early, sordid days would be chronicled in a prequel.

And then Laura Palmer and Twin Peaks came along ...