Accessibility links
Fresh Air Interview: Daniel Handler In Who Could That Be at This Hour?, a prequel to A Series of Unfortunate Events, Daniel Handler satirizes pulp mysteries and uncovers the parallels between detective fiction and childhood. In both, he says, an outsider is trying to make his way in a mysteriously corrupt world. 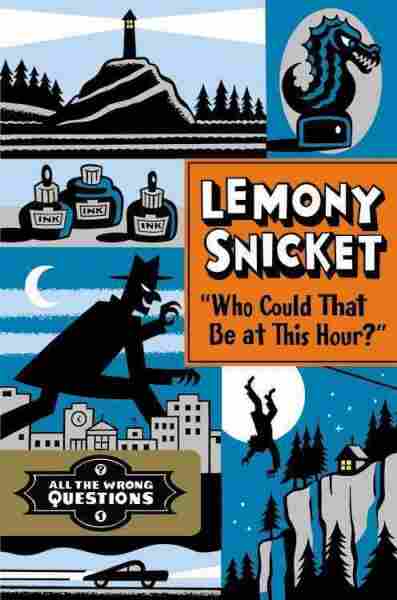 by Lemony Snicket and Seth

Title
Who Could That Be at This Hour?
Author
Lemony Snicket and Seth 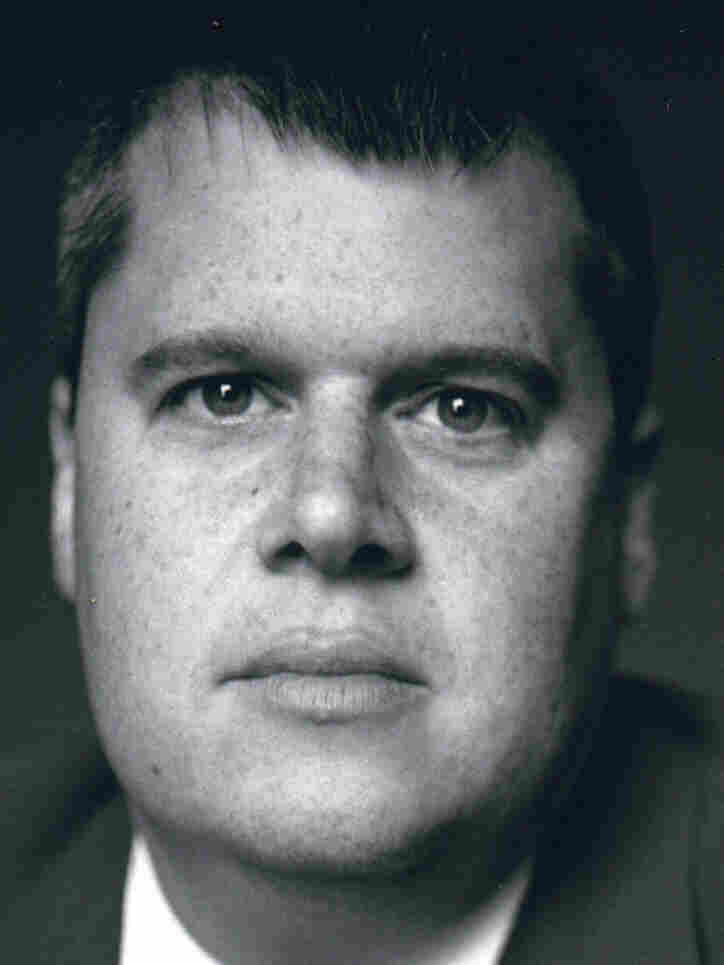 Daniel Handler wrote A Series of Unfortunate Events under the pseudonym Lemony Snicket. He has also penned several books for adults under his own name. Meredith Heuer/Little, Brown & Co. hide caption

It's been more than six years since Daniel Handler, aka Lemony Snicket, concluded his enormously popular 13-volume young adult series, A Series of Unfortunate Events. Now Handler has revived the Snicket narrator in his YA novel Who Could That Be at This Hour?

The book is the first of a series — All the Wrong Questions — and a prequel to A Series of Unfortunate Events. It tracks the young Snicket's adventures during his apprenticeship at the V.F.D., a mysterious organization that readers familiar with the Snicket stories will recognize.

While the Unfortunate Events books play with ideas about gothic literature, All the Wrong Questions explores detective-noir conventions. Handler tells Fresh Air's Terry Gross that initially, he had concerns about writing in a noir style for younger readers, not least because of the central role of the genre's femme fatale characters and their sexualized personas. But then he had an epiphany that freed him from this worry: In noir, he realized, the detective and the femme fatale are doing the exact same thing.

"They're both confined by their circumstances," he says, "and they're both making their own moral path through a world that is sinister and secretive. ... I think it's what draws them together, and also what makes them fight. ... You could have a detective and a mysterious young girl who are birds of a feather and who can't stand one another, and who are unapologetic about making their way in a world that seems to have no place for them."

While the genres and storylines may vary, the common denominator among the Snicket books, says Handler, is a "proud Snicket tradition of a reassurance that dark things are, in fact, there. ... That a terrible thing can happen at any moment, and it is up to you to persevere through it." This is true, as well, he says, of his new picture book and collaboration with illustrator Jon Klassen for younger readers, The Dark.

On how the journey of a detective mirrors that of childhood

"An outsider is trying to make his way in a mysteriously corrupt world, and ... all instructions turn out to be false. ... All people turn out to have secrets that are hidden, and ... the detective tries to find his own moral stance and own path through that environment. And that seemed to me to also be like the journey of childhood."

On using sophisticated vocabulary in his books

"[C]ertainly when the 12th volume of A Series of Unfortunate Events came out, which was called The Penultimate Peril, I found that there were people who knew what that word ['penultimate'] meant and people who didn't, but that that line was not along age lines at all. I remember there was an article in a newspaper that said, 'It's the penultimate book from the penultimate author.' They were just sort of using the word as some kind of placeholder, whereas children learned quickly what it meant and were more quick to adopt it.

"I was asked to narrate ... a performance of Peter and the Wolf, and the music is beautiful, and the story is insipid. And so I said to Mr. Stookey [my collaborator on the project], 'Why don't we do something that could actually introduce the instruments to young people, but isn't as really a boring a story as Peter and the Wolf?' And so from that The Composer Is Dead was born. ... [E]ach section of the orchestra demonstrates its sonic color and is also interrogated. It's a mystery — the composer is dead [literally] — and so we like to say it's like Peter and the Wolf meets an episode of Law and Order."

On his formative experiences with classical music

"My parents met at the opera, met at a performance of the opera. They were both in the audience. And classical music was the only music that I heard for many, many years. ... And then I was also a member of the San Francisco Boys Chorus growing up, which performed with the opera and with the symphony and all sorts of classical opportunities. I had a very, very strict and traditional musical upbringing, and then I had puberty, which wrecked my career as a boy soprano. My parents like to say they considered castration in order that I could continue to be a soprano, but in the long run having secondary sex characteristics has really paid off for me, so I don't regret it."

On what scared him as a child

"Everything. Tall trees. People in tall trees climbing up to the top of them and leaping upon my window. That was a large source of concern for me. Kidnapping. I remember when my mother finally explained to me that it would be extremely unlikely that I would get kidnapped because they didn't have any money, that kidnappers were after money. ... I wish that had been explained to me years previously. She said, 'You know ... we couldn't possibly pay ransom for you that would be rewarding for a kidnapper, so you probably won't be snatched up.' That was of intense relief."

Read an excerpt of Who Could That Be at This Hour?