Accessibility links
Does Science Refute God? Two physicists, a skeptic and a scholar try to answer that question in the latest Intelligence Squared U.S. debate. 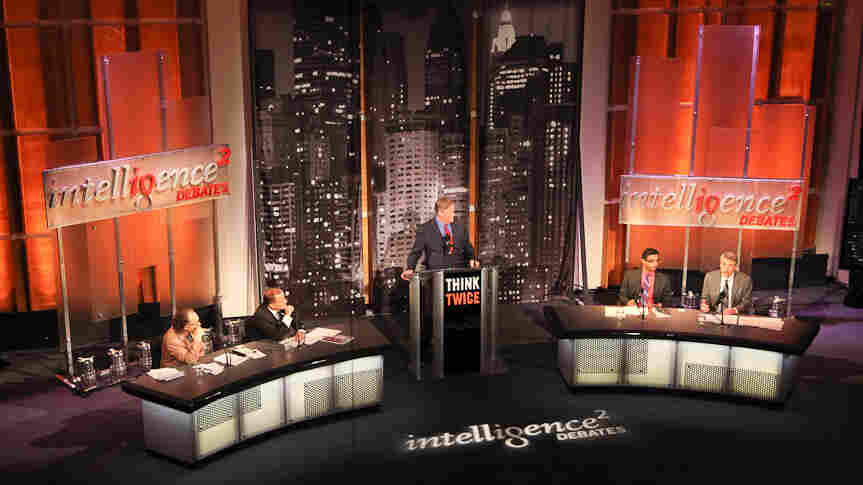 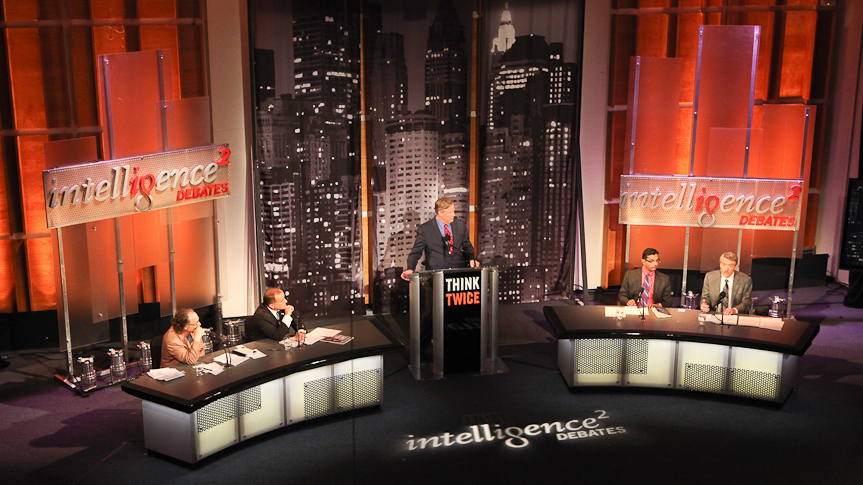 Two teams face off over the motion "Science Refutes God" in an Intelligence Squared U.S. debate.

Is belief in God rational? Or has science shown the existence of God to be so unlikely as to make belief irrational?

Two physicists, a skeptic and a scholar tried to answer those questions in the latest Intelligence Squared U.S. debate. They faced off two against two (with one physicist on each side) on the motion "Science Refutes God."

Before the debate, the audience voted 37 percent in favor of the motion and 34 percent against, with 29 percent undecided. After hearing from the two sides, 50 percent said they agreed with the motion "Science Refutes God," while 38 percent did not. That made the side arguing for the motion the winners.

Lawrence Krauss, a theoretical physicist, is the director of the Origins Project and a professor of physics at the School of Earth and Space Exploration at Arizona State University. Krauss has written several best-selling books, including A Universe from Nothing: Why There Is Something Rather Than Nothing. Krauss has helped lead a national effort to defend the teaching of evolution in public schools. He currently serves as chairman of the board of the Bulletin of the Atomic Scientists. 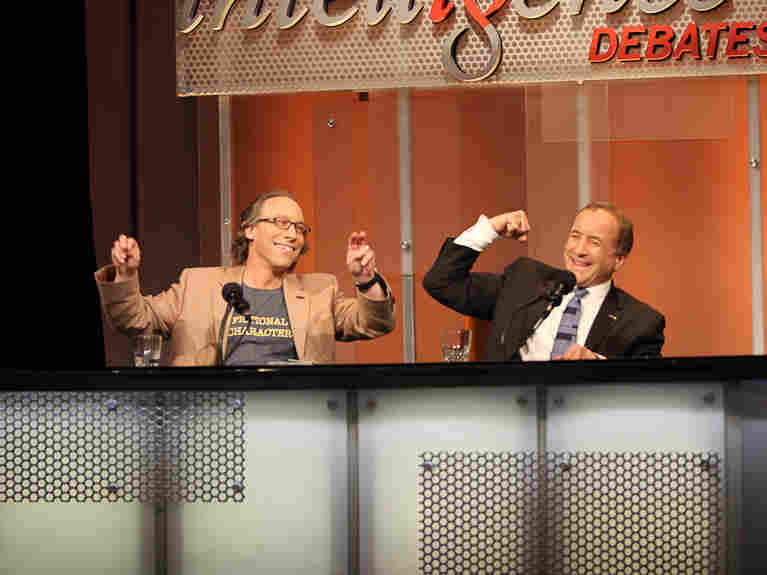 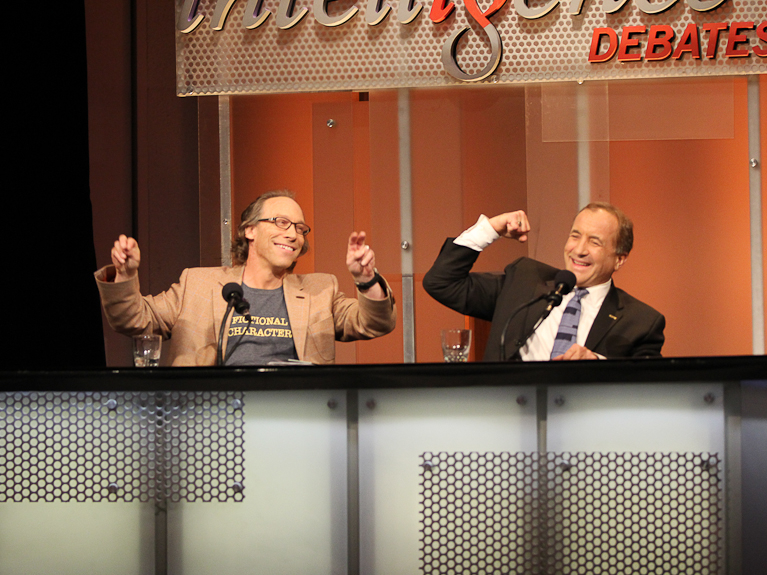 Lawrence Krauss and Michael Shermer react to their victory after arguing that "Science Refutes God" in an Intelligence Squared U.S. debate.

Michael Shermer is the founding publisher of Skeptic magazine and editor of Skeptic.com; a monthly columnist for Scientific American; and an adjunct professor at Claremont Graduate University and Chapman University. Shermer's latest book is The Believing Brain: From Ghosts and Gods to Politics and Conspiracies — How We Construct Beliefs and Reinforce Them as Truths (2011). He was a college professor for 20 years. Since his creation of Skeptic magazine, he has appeared on such shows as The Colbert Report, 20/20 and Charlie Rose. Shermer was the co-host and co-producer of the 13-hour Family Channel television series Exploring the Unknown.

Ian Hutchinson is a physicist and professor of nuclear science and engineering at the Massachusetts Institute of Technology. He and his research group are exploring the generation and confinement (using magnetic fields) of plasmas hotter than the sun's center. This research is aimed at producing practical energy for society from controlled nuclear fusion reactions, the power source of the stars. Hutchinson has written 200 research articles about plasma physics, and he has also written and spoken widely on the relationship between science and Christianity. He is the author of Monopolizing Knowledge (2011).

Dinesh D'Souza is the author of What's So Great About Christianity (2008). A former policy analyst in the Reagan White House, D'Souza also served as an Olin fellow at the American Enterprise Institute and a Rishwain scholar at the Hoover Institution at Stanford University. D'Souza is also the former president of The King's College in New York City. He co-directed the film 2016: Obama's America, which argues that President Obama is deliberately weakening the United States.