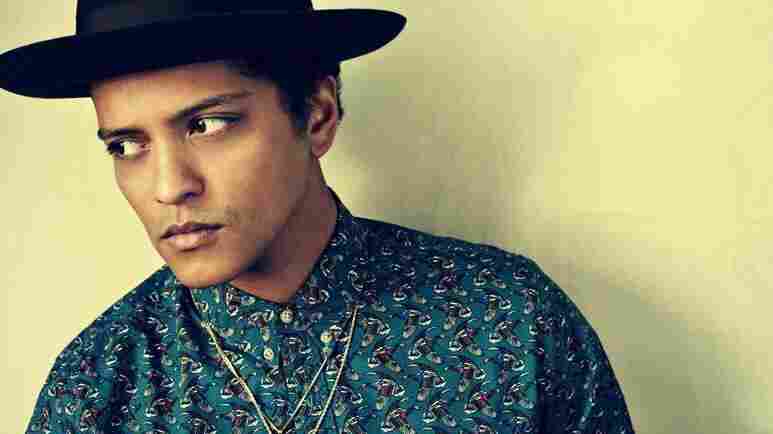 Bruno Mars draws inspiration from across the pop landscape on his second album, Unorthodox Jukebox. Courtesy of the artist hide caption 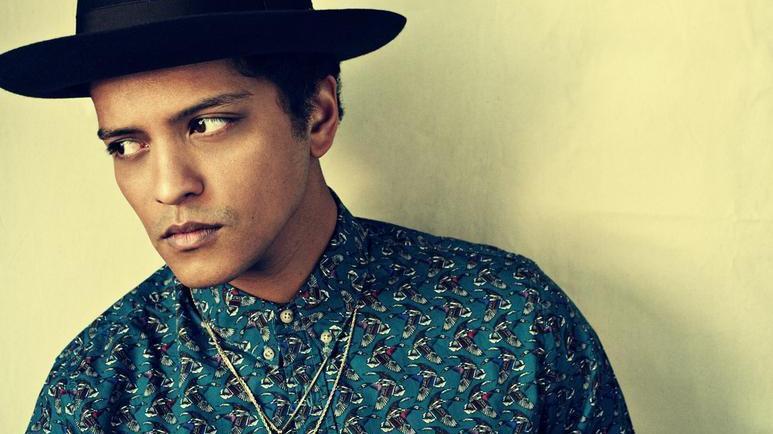 Bruno Mars draws inspiration from across the pop landscape on his second album, Unorthodox Jukebox.

I became a Bruno Mars fan in about 60 seconds. It happened in the car, when "Grenade" — from his first album, Doo-Wops & Hooligans — came on the radio. One time through the refrain and I was hooked. With just this album and a string of cameo appearances from the Hawaii-born singer, songwriter and multi-instrumentalist, Mars established himself as an elite pop talent.

Like a lot of people, I was curious to see where this guy would go next. The answer, according to his new album: anyplace and everyplace. Unorthodox Jukebox tears through a range of musical styles with head-spinning energy.

"Locked Out of Heaven," the first single from Mars' new album, is a dose of pop euphoria that makes everything else on the radio right now seem drab by comparison. Of course, those alive in the 1980s may hear this song as not quite so new: Some have noted that it's an uncanny imitation of The Police. Mars is a student of the pop hook, and a degree of emulation is part of his game. He can write a tune that borrows huge building blocks from Stevie Wonder or Maroon 5 or Prince, and still somehow sound like himself.

In interviews, Mars talks about his appetite for all kinds of music, and how he doesn't like to be pinned down. Unorthodox Jukebox bears this out. There's a sexy disco send-up ("Treasure"), a skittering electro fantasy ("Natalie") and a thumping pop anthem ("Young Girls").

Not everything on the new album is brilliant; in several tunes, the lyrics amount to generic sex talk, running status updates of his carnal whims and desires. At times it seems his skills as a composer might not be as fully developed as his wickedly expressive singing; but even then, in the most X-rated moments, it's clear that Mars has crazy potential. Maybe he'll harness it differently on some project in the future, and settle into one lane on the expressway. For now, he's all over the road, and it's a pretty fun ride.