Accessibility links
Berkeley Receives $1M For Undocumented Students The $1 million gift will help 200 students pay tuition and living expenses to stay enrolled at the University of California, Berkeley. While some undocumented students call the scholarship fund a game changer, not everyone is applauding. 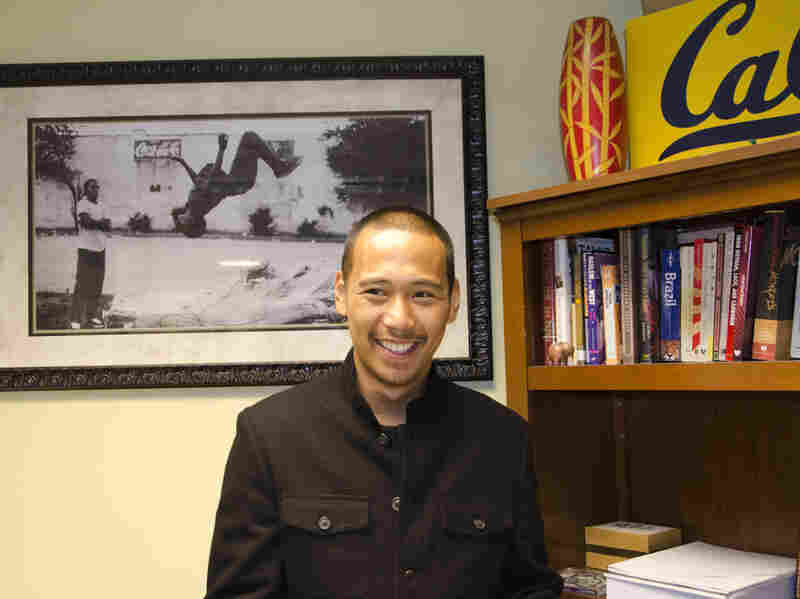 Meng So, coordinator of the University of California, Berkeley's Undocumented Student Program, says students he helps are from low-income families with no experience navigating a university such as Berkeley. So calls undocumented students "underground undergrads." Carol Ness/UC Berkeley hide caption 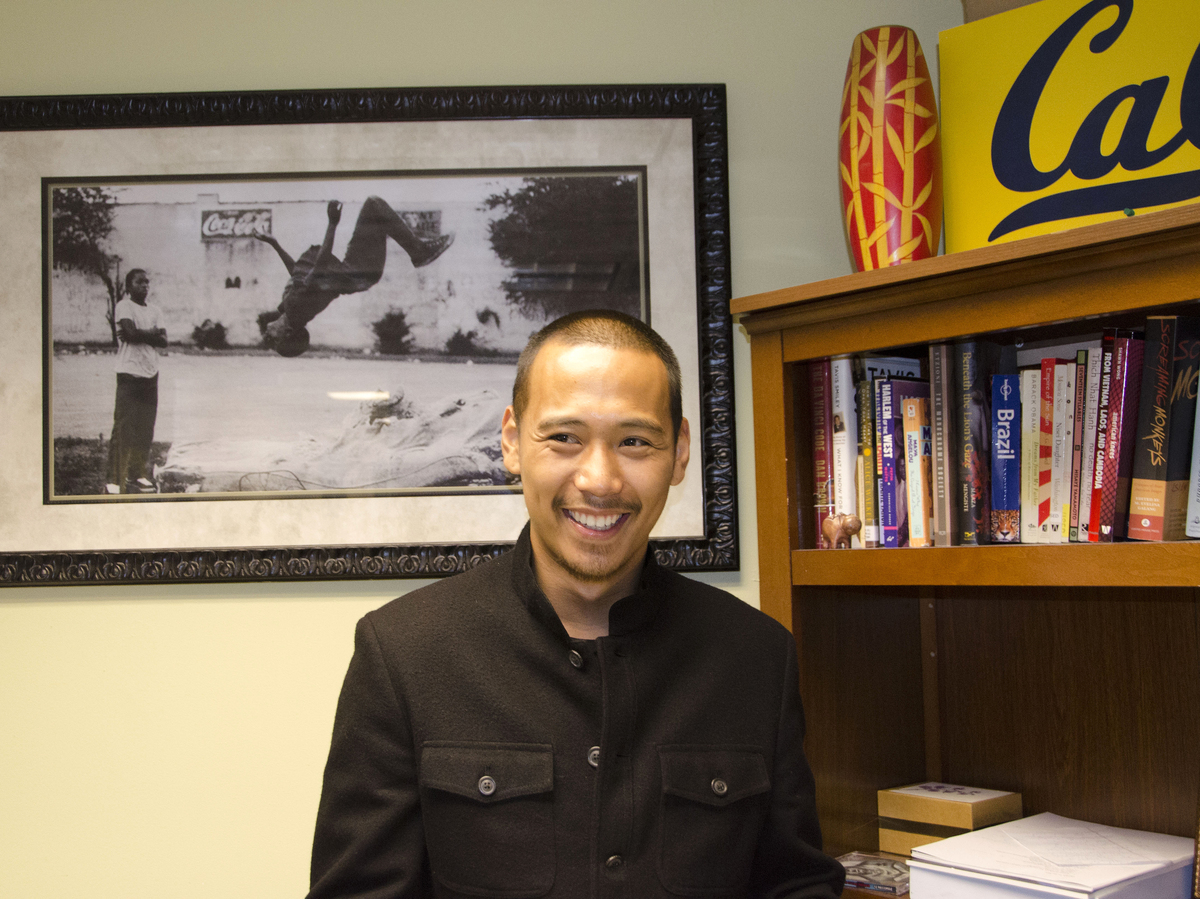 Meng So, coordinator of the University of California, Berkeley's Undocumented Student Program, says students he helps are from low-income families with no experience navigating a university such as Berkeley. So calls undocumented students "underground undergrads."

The University of California, Berkeley is taking the DREAM Act a step further. On Tuesday, the school announced a $1 million scholarship fund specifically for undocumented students.

The fund will help students like Jesus Chavez, 21, a slight, shy college senior who was brought to this country illegally at the age of 3. Chavez was raised in an agricultural town in California's Central Valley where he earned the grades and test scores to enroll at the highly competitive university.

"I fell in love at the environment, the atmosphere. In my mind I just pretty much told myself this is where I'm going to come," Chavez says.

Chavez has learned that staying at Berkeley is almost as hard as getting in. Because he's here illegally, he's ineligible for federal financial aid, so he covered his first-year expenses with small private scholarships and odd jobs. But the scholarships dried up his sophomore year, and it's been a grind making ends meet ever since.

"The thing about undocumented students is that if you don't have the money, then you get registration blocks, and then you can't add classes for the next semester or you have to drop out. So you're constantly hustling, and it's nonstop," he says.

Chavez's story is familiar to Berkeley Chancellor Robert Birgeneau. He says there are about 200 undocumented students from 20 different countries at Berkeley. Birgeneau says he knows undergrads who work full time or drop out, or even wind up homeless because they can't afford room and board.

"And once I heard the real life stories, I thought to myself, these are astounding young people. We can't afford to waste this kind of talent," he says.

Birgeneau has been a leading advocate for students like Chavez — the so-called DREAM Act kids. His efforts received a major boost with Tuesday's announcement of the $1 million scholarship program from the Evelyn and Walter Haas Jr. Fund.

"This turns out to be unprecedented in the United States, and it's the single largest gift that has been given to support financial aid for undocumented students," says Birgeneau.

But not everyone is applauding.

"It's outrageous. I mean, there's no legal violation or anything like that, but clearly it's unethical," says Mark Krikorian, executive director of the Center for Immigration Studies, a think tank in Washington, D.C., that favors tighter immigration controls.

The gift from the Haas fund is legal under the first stage of California's version of the DREAM Act, which makes private resources available to undocumented students. Later this year, such students also will be eligible for state financial aid.

"It's changed my life, because now there's no excuse for you to not focus on your academics," he says.

Berkeley officials say that since the word has spread about the $1 million scholarship fund, other private donors have stepped forward with significant new gifts for undocumented students.