Accessibility links
Joseph Kennedy, 'Patriarch' Of An American Dynasty In a new book, biographer David Nasaw profiles the father of Robert, John and Teddy, and unpacks the elder Kennedy's influence on his children. "He told them over and over again, 'I'm making all this money so you don't have to make money, so that you can go into public service,' " Nasaw says. 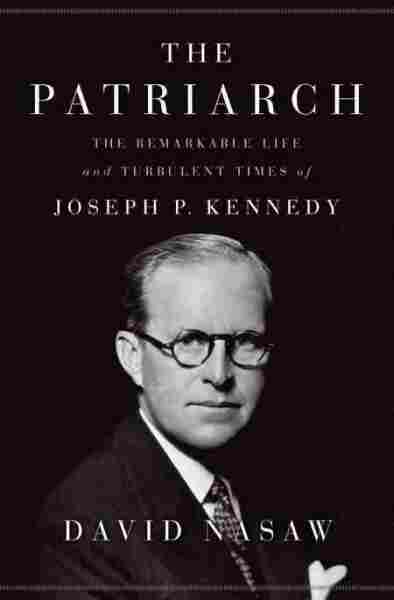 The Remarkable Life and Turbulent Times of Joseph P. Kennedy

By the time he turned 40, Joseph Kennedy was a millionaire many times over and the head of what would soon become one of America's greatest political dynasties. In his new biography of the senior Kennedy, The Patriarch: The Remarkable Life and Turbulent Times of Joseph P. Kennedy, David Nasaw charts Kennedy's life and trajectory from Boston society boy to Hollywood bigwig to controversial ambassador to Great Britain as World War II unfolded on the European stage.

And then there are the tragedies. Joe Kennedy — a devoted father by Nasaw's account — outlived four of his nine children, and struggled with the mental illness of his daughter Rosemary, whose lobotomy he personally set in motion when she was 23. He then sent her away to an institution for the remainder of her life. After she left, her name was not mentioned again in the Kennedy home.

Joseph Kennedy had wanted to exert his influence in a positive way, and Rosemary aside, he did. His children entered public service with verve and single-mindedness because that was what he raised them to do. "He told [his children] over and over again, 'I'm making all this money so you don't have to make money, so that you can go into public service,' " Nasaw tells Fresh Air's Dave Davies.

"He impressed on them that those who are privileged with money, with education, with good looks, have to give something back to those who don't have those privileges, and he truly believed that," Nasaw says. "And all of these kids grew up knowing they were not going to go into business. They didn't want to go into business. They were going to do some sort of public service and, in the end, they did."

Of course, Kennedy's motives weren't entirely altruistic, either. He was politically savvy, a master of political and social game playing. For example, when it came to encouraging support for Franklin Roosevelt among the businessmen whom Kennedy considered his social peers but who were skeptical of the president, Kennedy addressed his wealthy friends as a rich man himself.

"[Kennedy] wrote a book in 1936 called Why I'm for Roosevelt," says Nasaw. "Because he couldn't believe — even after four years — that the banking community and the Wall Street community just detested [FDR], and he said over and over again, and he put it in his book ... 'This man, Franklin Roosevelt is not a communist, is not a socialist, is not a radical; he is saving capitalism, and you should support him.' " 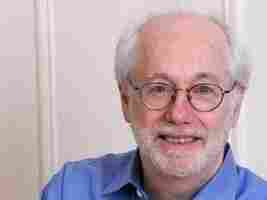 David Nasaw is also the author of The Chief: The Life of William Randolph Hearst and Andrew Carnegie, which was a finalist for the Pulitzer Prize in 2007. Audrey C. Tiernan/Penguin Press hide caption 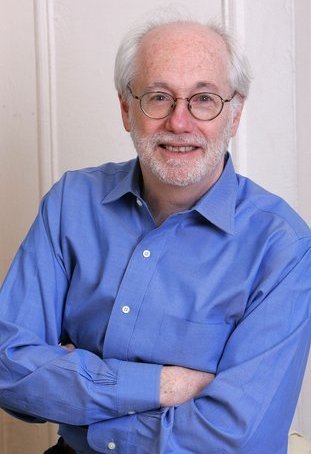 David Nasaw is also the author of The Chief: The Life of William Randolph Hearst and Andrew Carnegie, which was a finalist for the Pulitzer Prize in 2007.

On Kennedy's introduction to prejudice against Irish Catholics

"Joe Kennedy grew up a privileged child of East Boston aristocracy. Everybody knew who he was, everybody knew who his family was. He was a sports star, he was handsome, articulate ... His greatest tragedy was not making the varsity [Harvard] baseball team because he was too slow. It was only when he graduates from Harvard that he begins to understand what it means to be an Irish Catholic from East Boston, whose father is a local ward leader. He wants to go into banking or finance. He cannot get a job. Cannot get an interview. His friends, who happen to be Protestant with the same degree that he has and not as good a head for numbers as he has, they have no problem getting jobs. ... So it's at that moment in 1912 that he realizes — really for the first time — that there are going to be a lot of doors closed to him, and only because he is Irish Catholic in Boston."

On how Kennedy became a Hollywood mogul

"The man understands that the nation, in the 1920s, is as divided as it is today, but not between red and blue states or Democrats and Republicans, but into ethnic tribes — ethnic religious tribes. He gets it, and when he arrives in Hollywood he presents himself not as an Irish Catholic, but as a non-Jew. And he says to the industry — and he says it over and over and over again ... 'You guys need me, a Boston banker who's not a Jew, as the face of the industry, because you're going to be in trouble. You're already in trouble. Towns and cities and states across this country are beginning to institute censorship laws because they don't trust an industry which caters to their children and is run by Eastern European Jews. And I will be the fresh face. I'll protect you.'"

A couple of his good friends tell him not to go. They say, 'You're unfit in every way to be an ambassador. ... You're the least diplomatic man that's ever lived.'

David Nasaw on the response of Kennedy's friends to his U.K. ambassadorship

On Kennedy's controversial ambassadorship to England in 1938

"A couple of his good friends tell him not to go. They say, 'You're unfit in every way to be an ambassador. You don't understand history, you don't understand diplomacy, you're the least diplomatic man that's ever lived. You've got a foul mouth, you won't follow protocol, you won't follow orders. An ambassador is a messenger boy, and you're not going to want to follow or deliver anybody's messages.'

"But he goes ... and within weeks of his arrival, the Germans invade Austria and declare that Austria is now a part, a province, of the Third Reich, and from the moment he arrives, the fears of the world are exacerbated day after day after day after day by Hitler's demanding pieces of Czechoslovakia, all of Czechoslovakia, pieces of Poland, all of Poland — and Kennedy, instead of following orders, instead of acting as the ambassador, follows his own agenda. He has his own foreign policy agenda, and that foreign policy agenda is appeasement."

More On The Kennedy Family

Ted Kennedy: The Last Of A Family Power Dynasty

"Kennedy believes that there is a Jewish conspiracy to go to war with Hitler. He believes that the Jews — to get revenge against Hitler and in the mistaken belief that they can defeat him and save their European Jewry — he believes the Jews are doing everything they possibly can to push the United States into war, into a war it should not, he believes, fight. And he indulges in every kind of anti-Semitic scapegoating and conspiracy myth. ...

"At one point in 1940, he goes to Hollywood — this is after Charlie Chaplin's The Great Dictator movie, which makes fun of Hitler — and he says, to a room full of Jewish studio executives, 'You guys are going to be responsible for pushing the United States into war against the Nazis unless you stop your anti-Nazi films, your anti-Hitler propaganda, your anti-German propaganda. When war breaks out, the American people are going to turn on American Jewry, and there's going to be an outbreak of anti-Semitism like you've never seen, because the Jews are going to be held responsible for every American soldier and the destruction of the American economy."

On the deaths of Kennedy's second and third sons, John and Robert

"It's unimaginable, you know. If this were fiction, no one would believe it. This most articulate, most domineering, most dominant man, in December of 1961 — less than a year into his son's first term as president — has a massive stroke. They perform the last rites. Nobody thinks he'll last more than 24 hours; he lasts eight years. But during those eight years, he is unable to communicate through language. He can't write, he can't speak, though he understands everything coming in. And it is during those eight years that he witnesses the assassinations — the violent deaths — of his second and his third sons. An unimaginable horror. And there's no way for him to express his feelings except to sob. And he cries and he cries and he cries, but it won't bring back those two boys."

Read an excerpt of The Patriarch