Accessibility links
NHL Lockout Leaves Fans Out In The Cold Hockey fans are living their lives, going about their business, but their days are a little paler. Commentator Frank Deford says fans deserve a little sympathy when their sport is taken from them. 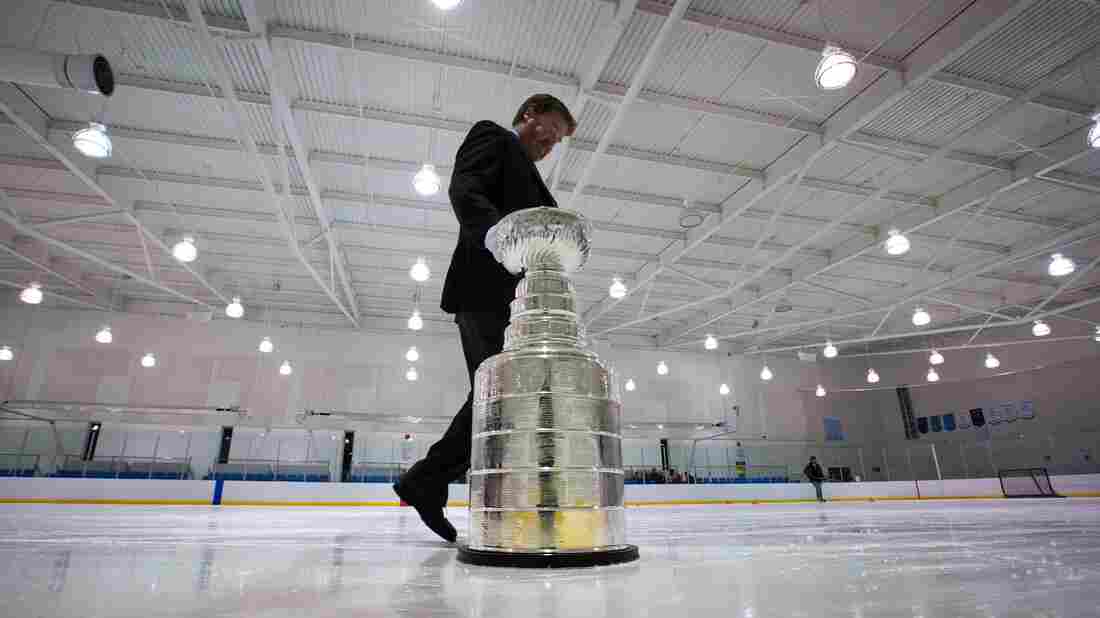 Mike Bolt, keeper of the Stanley Cup, takes it off the ice on Dec. 7, 2012, in Vancouver, British Columbia. The NHL lockout enters its 88th day on Wednesday. Darryl Dyck/AP hide caption 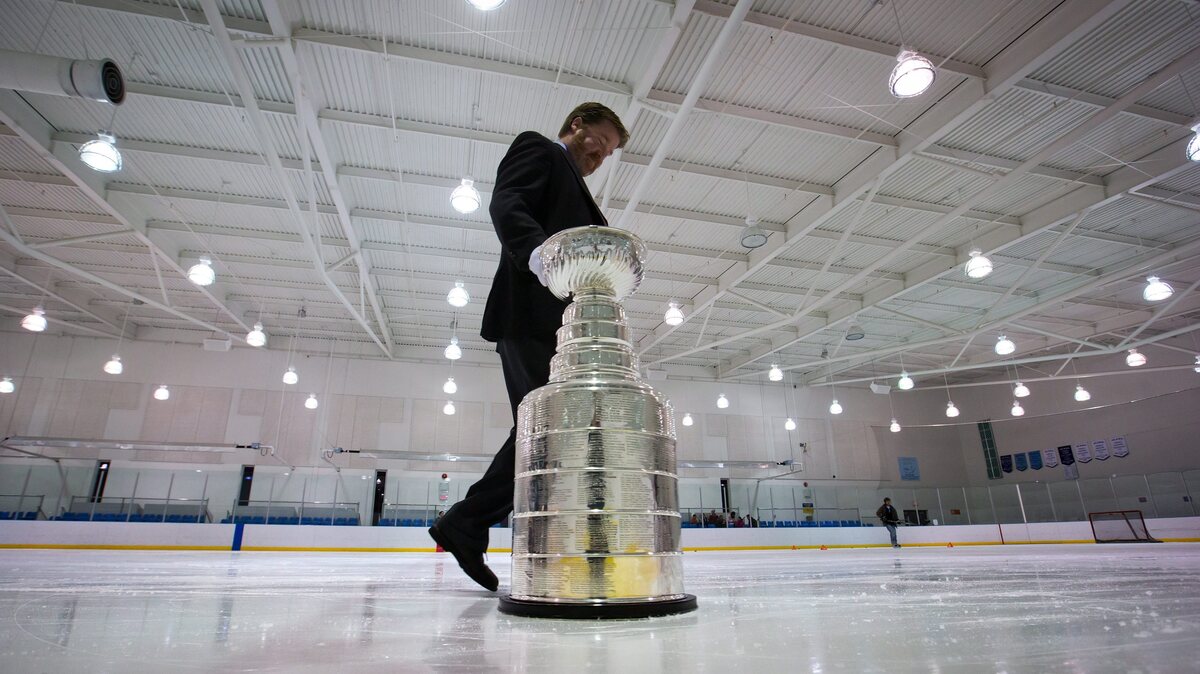 Mike Bolt, keeper of the Stanley Cup, takes it off the ice on Dec. 7, 2012, in Vancouver, British Columbia. The NHL lockout enters its 88th day on Wednesday.

The entertainment industry seems to give us only three things: sex, Justin Bieber and boxing.

Justin Bieber aside, don't producers know almost nobody cares anymore about boxing? But here we have Clifford Odets' period piece, Golden Boy, back on Broadway, and — achtung! — a musical of Rocky mounted in Germany.

Plus the usual same-old, same-old treatments are floating around. Eminem wants to make a boxing movie. Really. Worse, there are actual plans to have Sylvester Stallone fight Robert DeNiro in a boxing film. OMG — I am perfectly serious.

I say, please, can't we do sports movies for the sports fans who still exist and care? Yes, I know, as we say, that "in the full scheme of things" caring passionately about a mere sport is not important. And yes, sports fans are not necessarily the most discriminating. What is American parents' greatest nightmare? That they will spend $60,000 a year to send their son to Duke University, and then they will turn on the TV and see him half-naked, with his face painted blue, contorted, screaming at some poor guy from Wake Forest or Clemson shooting a free throw.

But most important, right now I wish the entertainment moguls would do a play or a film for the poor hockey fans, who don't have an NHL season because the owners have locked out the players and, as we know, there is no bipartisanship left in America today. Or, I guess, in Canada now, too.

So I feel very sorry for ice hockey fans even though they have a reputation for being the most vulgar fans of all. I mean, the NHL won't outlaw fights because hockey fans really, really like fights as much as incidental things like skating and pucks going into the net. Just as the most idiotic basketball fans don't all go to Duke, neither are all the ice hockey goons on the ice.

But I have found hockey fans to be especially loyal, and I conducted a thorough random survey among rabid hockey fans — namely my son — and he concurred with the common sentiment that hockey fans are less likely to flirt with other sports.

In other words, whereas, say, most basketball fans are relatively unfaithful, with a seasonal dalliance with football and baseball, hockey fans are more monogamous, sportswise, and don't care all that much for other team sports. And so they're really, really hurting right now.

Yes, OK, sports fans can be foolish and small, but what counts most is that they are emotionally invested in something.

So today, hockey fans are living their lives, going about their business, but their days are a little paler — with not quite so much mystery or excitement or anticipation. Those little joys are healthy for a lot of people. We can sympathize with fans when their sport is taken from them. Sure, it's just a game, but it does matter, even in the full scheme of things.