Accessibility links
Movie Review - 'Love, Marilyn' - A 'Love' Letter To The Blonde Everyone Preferred A documentary from Liz Garbus, Love, Marilyn is a love letter to the legacy of Marilyn Monroe. Critic Stephanie Zacharek says the film's heartfelt message and the performers reading the icon's words take a back seat to her ever-present specter.

A 'Love' Letter To The Blonde Everyone Preferred

A 'Love' Letter To The Blonde Everyone Preferred 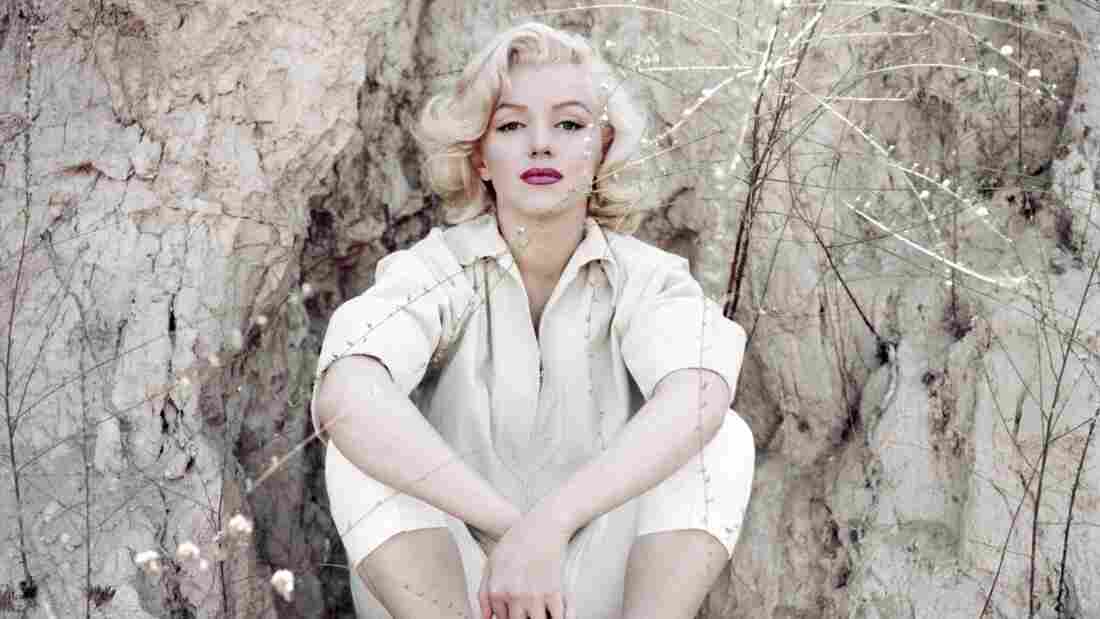 Marilyn Monroe's life has captivated the public's imagination for decades, and most recently has been given voice by today's famous actresses in Love, Marilyn. HBO hide caption

We're long past the point where, at least among half-sentient beings, we need to make a case for the intelligence and sensitivity of Marilyn Monroe. Even when cast as a dumb blonde, she was never just your stock ditzy dame: She always showed a breezy self-effacement that was too sly to be purely accidental.

And to look at her, of course, is to love her, particularly now that her sad story has become part of the cultural landscape: How can you not want to protect such beauty and vulnerability from the cruelty of the world?

Liz Garbus' documentary Love, Marilyn is a heartfelt and well-intentioned love letter to an already deeply beloved star, and for anyone who's still not convinced, the picture works hard to make the case for Monroe's gifts as an actress.

The footage and stills Garbus collected are perfectly serviceable. It's those damn actors and actresses, reading selections from a cache of Monroe's diaries, poems and letters — as well as passages that have been written by others about her — that gum up the works.

All of them — from Hope Davis to Ben Foster to Janet McTeer — work hard to elucidate the joyful triumphs and the pathos of Monroe's life. And nearly all of them are too overbearing to do her justice.

It's not really their fault: Garbus has conceived the picture so that performers like Evan Rachel Wood and Lili Taylor read Monroe's words as their own faces float across the frame like cutout cardboard shadow puppets. Superimposed over images of, say, Monroe's loopy schoolgirl handwriting, or footage of her greeting an adoring crowd, they writhe and emote like the dickens.

Even if you would crawl across broken glass to watch Jennifer Ehle in a movie, you probably don't need to hear her reciting — albeit passionately — snippets of Monroe's most private thoughts as images of the anxiety-ridden star drift behind her.

At least Garbus has assembled the right material and organized it well. The picture traces the roots of the Marilyn we've come to know — or think we know — clearly and succinctly, beginning with her early days of modeling and her eventual signing with 20th Century Fox, a studio that at the beginning had no idea what to do with her. (Fox head Darryl Zanuck was convinced she really was dumb, which proved nothing but his own boneheadedness.)

Before long, Monroe's dazzling presence in pictures like Gentlemen Prefer Blondes, and her shrewd handling of a "scandal" involving the release of nude pictures she'd done in her modeling days, made her the studio's most bankable star.

To their credit, Garbus and all of the performers here are respectful and discreet when it comes to their portrayal of Monroe's personal problems. Love, Marilyn never gives the sense that the participants have come together to pick over Monroe's bones; both in conception and execution, the movie undoubtedly comes from the heart.

Its numerous problems really snap into focus, though, as the end credits start rolling: There, Garbus includes outtakes from the documentary's filming, showing these nervous performers flubbing their lines. Their hands flutter anxiously; flustered, they ask if they could please start over again. The idea, apparently, is that even talking about this woman they love so much gets them rattled.

But their fixation on their line delivery only calls attention to how superfluous they are. When Marilyn is in the room, even just figuratively speaking, she's the only person we want to look at.