Accessibility links
Finding A Child Online: How The Web Is Transforming Adoption The Internet has vastly broadened the market for matching children with prospective parents. While some welcome the shift, a new report finds that the rise of Web-based adoption providers also raises ethical concerns. 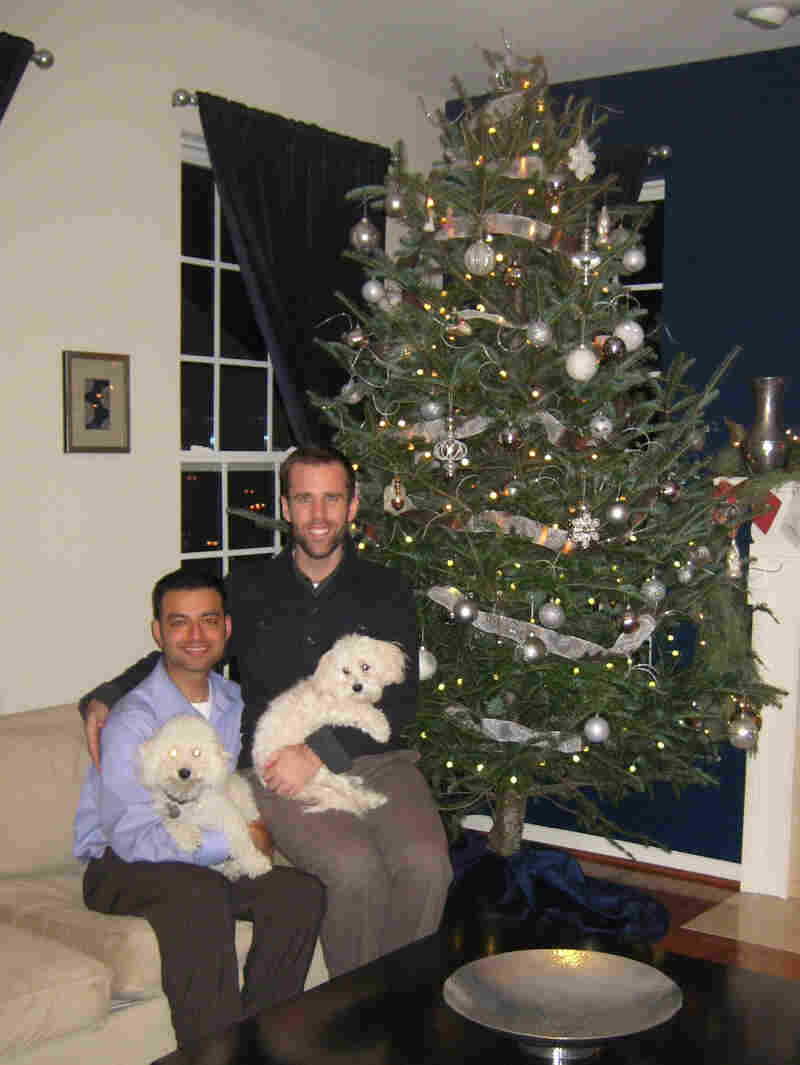 Eric James and his partner, Zerxes Spencer, have spent the past year looking to adopt. To speed up the arduous process, the couple created a website about their lives to draw in potential birth mothers. Courtesy of Eric James hide caption 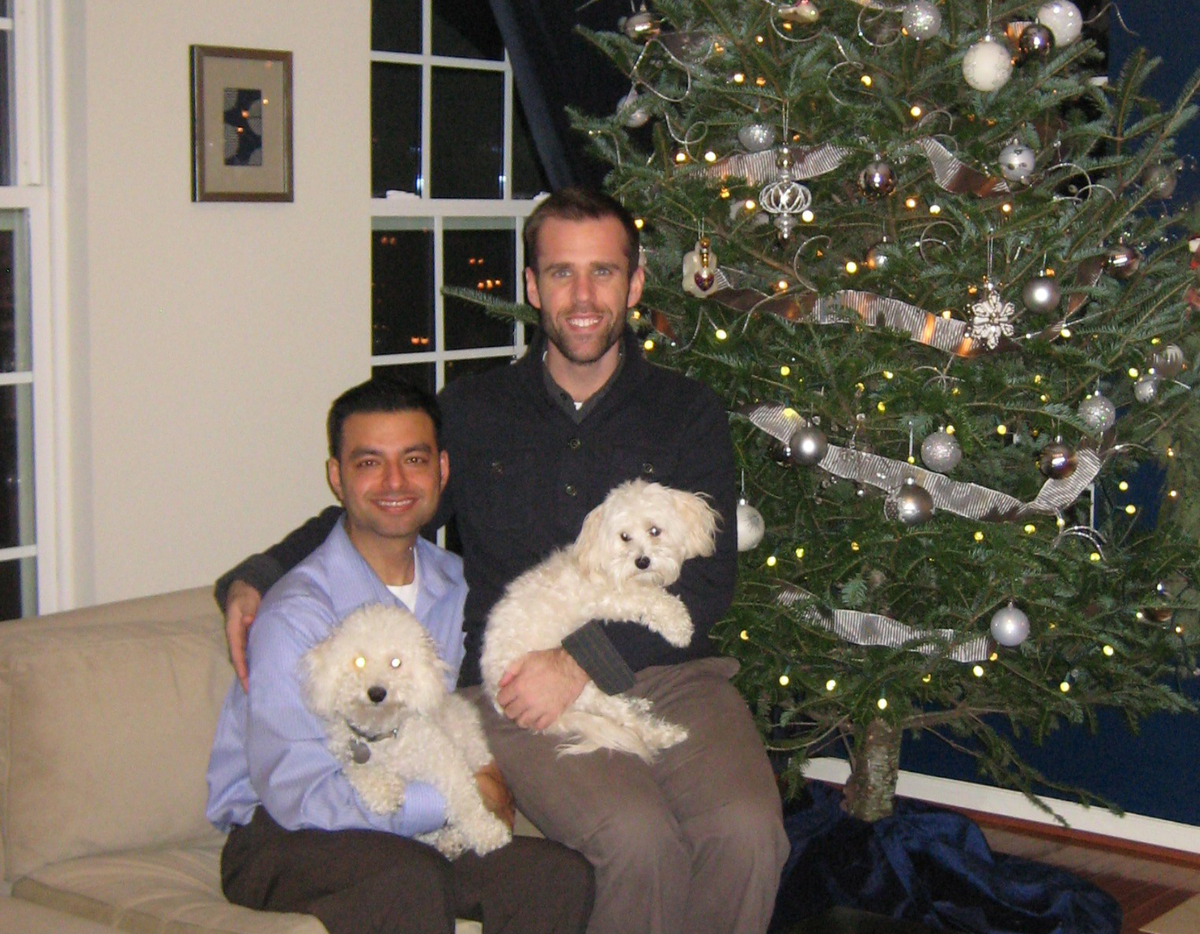 Eric James and his partner, Zerxes Spencer, have spent the past year looking to adopt. To speed up the arduous process, the couple created a website about their lives to draw in potential birth mothers.

When Eric James and his partner, Zerxes Spencer, decided to adopt last year, they signed on with Adoptions Together, a reputable agency close to their home in Maryland. They attended the agency's seminars to learn about the process, met other "waiting parents" and formed personal bonds with the staff. But there was just one problem.

"When we entered the pool, we were looking at generally a two- to three-year wait," says James. "And about six months in they reached out to let us know the wait actually would be probably much longer than that."

Why? He was told that many pregnant women are bypassing agencies and seeking prospective parents across the country through the Internet.

In fact, a new study that's among the first of its kind finds that the Internet is transforming adoption by opening up the way would-be parents and birth mothers find each other. Some welcome the shift, although the report also suggests it raises ethical concerns.

James' predicament shows how even people who don't intend to can find themselves using the Internet for adoption. To speed up their search, his agency advised him and Spencer to get online.

The two men recently created their own website, featuring photos with friends and family, a "Letter to the Birth Parent," and even bios of their two French poodle mixes. There's an email address, a Facebook page and even a toll-free phone number.

"Essentially, we're just putting together this marketing campaign to sell ourselves to a birth parent," James says. It's an idea that made him uncomfortable at first, but something he's come to accept as a new reality.

"Pregnant mothers have the ability through searching functions on various websites to customize the search," says Shawn Kane, executive director of American Adoptions, a fully licensed agency that also uses the Internet to reach out to pregnant women across the country.

"For some women it's very important to have a family that is not around them," Kane says. "She doesn't want to have that chance of running into the child or the family later down the road. So it allows her to customize her search by location, by religion, by race, whatever she's looking for."

What about all the counseling agencies provide? Many consider it crucial to help a pregnant woman in crisis decide whether or not to give up her child. Yes, Kane says, some need that face-to-face meeting.

"But there's just as many people wanting to get to know their options over the phone," he says, "because maybe they work odd jobs, they don't have the ability to come into an office or transportation is hard."

While that may be fine for some, a new report by the Evan B. Donaldson Adoption Institute finds a risk with the rise of Internet-based adoption providers.

The report by the Evan B. Donaldson Adoption Institute is among the first to examine the wide-ranging impact of the Internet on adoption. Among its findings:

"Anybody can hang up a shingle on the Internet, you just need to know how to build a website," says Adam Pertman, the group's executive director.

He says a number of online adoption facilitators have no legal license and no state oversight. Yet — like a Wal-Mart crowding out mom-and-pops — many have huge advertising budgets that place them at the top of an online search. And their ads make promises no traditional adoption agency can.

Kane says it's simply the power of a national presence. But Pertman's report suggests some Internet providers are reaching out aggressively to pregnant women, pushing the idea of adoption over other options, such as parenting. Traditional agencies echo the complaint.

"You'll often notice when you do a search [online], the first thing that jumps up is, 'We can pay for your college.' 'We can get you an apartment with a swimming pool,' " says Janice Goldwater, executive director of Adoptions Together, the brick-and-mortar agency in Maryland that's lost business to Internet providers. "That's a red flag, in my opinion, when somebody is being induced by things."

Some states allow such payments. But not Maryland, which puts Goldwater's clients at a competitive disadvantage. And, she says, while some online providers are perfectly ethical, her agency has encountered others that are not.

"We do have a number of adoptive parents who have told us of horror stories where they've spent thousands of dollars connecting with people on the Internet that have not yielded a successful adoption," she says.

Goldwater's advice: If you do use an online adoption provider, make sure it's licensed so any match it makes will be legally sound.

Meantime, her client, James, is expanding his online search. Next up is a video on his website and ads on Google, aimed at catching the eye of just the right woman.