Accessibility links
HSBC Critic: Too Big To Indict May Mean Too Big To Exist The accusations against HSBC were harsh — that the bank laundered money for Mexican drug cartels and conducted transactions on behalf of Iran and other states tied to terrorism. So, why did federal authorities fine HSBC rather than pursue criminal charges? 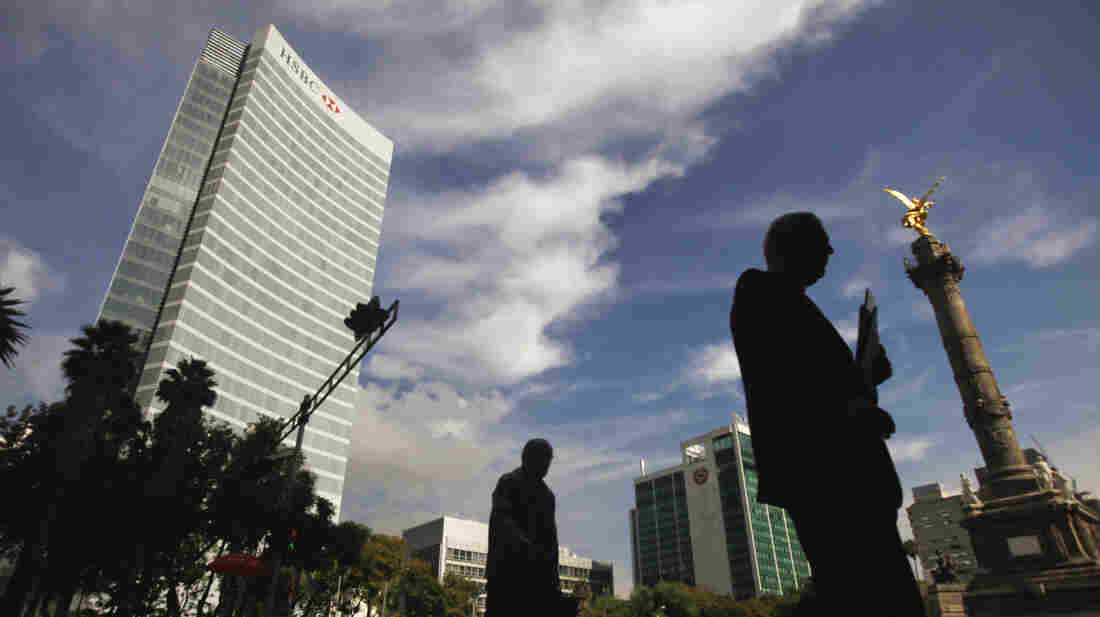 HSBC has agreed to pay $1.92 billion to settle a multiyear U.S. criminal probe into money-laundering lapses at the British lender, the largest penalty ever paid by a bank. Edgard Garrido/Landov/Reuters hide caption 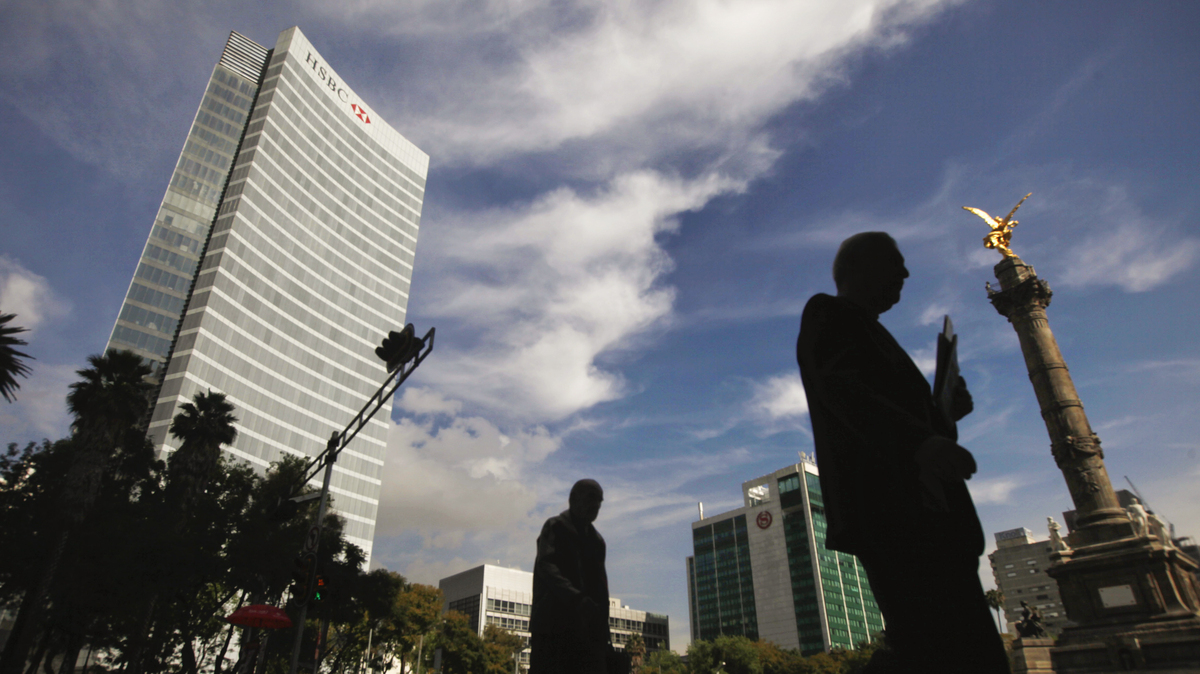 HSBC has agreed to pay $1.92 billion to settle a multiyear U.S. criminal probe into money-laundering lapses at the British lender, the largest penalty ever paid by a bank.

Federal and state authorities have received criticism after deciding not to indict HSBC on accusations that it laundered money for Mexican drug cartels and conducted prohibited transactions on behalf of countries like Iran and Sudan. Instead, they entered into a $1.9 billion settlement this week with the bank.

There's no question that HSBC is a massive, sprawling operation. It markets itself as the world's local bank. But watchdogs of the banking industry say mere size should never insulate an organization from the law.

"Well, if the company is too big to jail, too big to prosecute, too big to indict, then it's just simply too big to exist," says Robert Weissman, president of the consumer advocacy group Public Citizen.

For law professors, the question of who should get indicted, even if they do break the law, isn't an easy one. It's not just an issue of whether the economy would fail if HSBC collapsed — it's a deeper question about the purpose of the criminal justice system.

"What's so wonderful about an indictment? The question is: What are we trying to achieve here?" says Hal Scott, director of the Program on International Financial Systems at Harvard Law School.

He says to forget about indicting a bank: Banks don't break the law, people do. And people aren't too big to fail or too big to go to jail.

Not a single individual at HSBC has been charged with the very conduct the bank admits happened, Scott says. And unfortunately, he adds, that's probably because it's just a lot easier to nail a bank. Charging people with crimes means more trials, which requires more money, time and evidence.

"You can go into the bank and say, 'Well, I think you did something wrong, and I'm thinking of indicting you, and you better pay a big fine,' and, you know, they'll agree to it," says Scott. "It's not their money."

And that, he notes, is the perverse thing about the HSBC settlement: That $2 billion is coming from shareholders, not from the people who broke the law.

But the settlement averted an indictment, and authorities thought that was the best outcome for the economy. Some legal experts, like Duke Law professor James Cox, agree. He says it would have been a disaster if HSBC was charged with crimes.

"Indicting a large bank like HSBC would create a huge regulatory ripple — if not an embolism — around the world," Cox says.

When a bank is convicted of a crime, it could lose its banking license, and certain pension plans may be required to pull out their funds, he adds. That could have hemorrhaged HSBC enough to make it shut down.

And because banks are constantly borrowing and lending money to each other, all of those transactions would have to be unwound quickly. Cash would need to appear immediately — cash that may not be there. Businesses might freeze activity.

John Coffee, a professor at Columbia Law School, scoffs at that doomsday scenario.

"I don't think anyone can confidently say what the economic impact on HSBC would be," Coffee says. "I doubt that it would have failed."

And even if by some chance it did fail, he says HSBC isn't as important to the global economy as JPMorgan or Bank of America. The regulators just got skittish, he says, and did the safe thing: They took a big fat fine and called it a day.