Accessibility links
For Man With Amnesia, Love Repeats Itself Whenever Jeff Ingram suffers from an amnesia attack, his memory is wiped clean and he has to start over. Fearful that one day he may no longer accept her, his wife reminds him of the memories they've shared. 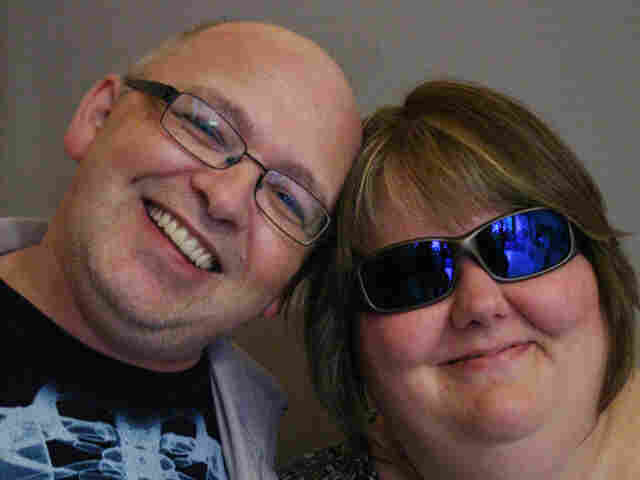 Jeff Ingram, 46, suffers from a rare condition that wipes his memory. Whenever he has an attack, his wife, Penny, fears he won't regain his love for her. StoryCorps hide caption 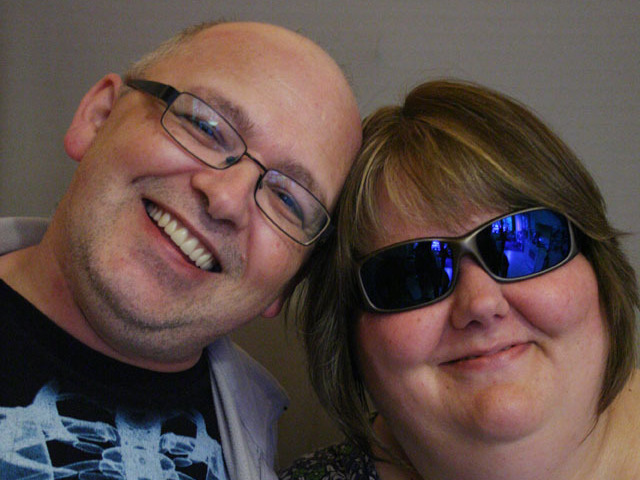 Jeff Ingram, 46, suffers from a rare condition that wipes his memory. Whenever he has an attack, his wife, Penny, fears he won't regain his love for her.

Forty-six-year-old Jeff Ingram has a rare type of amnesia called dissociative fugue. When he has an attack, his memory is wiped clean and he doesn't remember who he is or where he's from.

To chronicle their memories in case he forgets again, Jeff and his wife, Penny, came to StoryCorps in Olympia, Wash.

"You and I were talking on the phone," Penny recalls. "You said, 'Well, I have a medical condition that I probably should share with you.' "

Jeff told her about a time he went missing for nine months because he had lost his memory. They agreed to handle the situation together if it were ever to happen again.

"I said I would be your memory," Penny says.

Jeff eventually asked her mother for Penny's hand in marriage.

"You've told me that story several times," Jeff says, "and I really wish I could remember that."

Jeff has experienced three bouts of amnesia: in 1994, 2006 and 2007. Penny reminds him of the first one they shared together in 2006, three years after they first met.

Listen To A Message Jeff Left Himself

"If you ever have another episode ... trust Penny. Trust her explicitly with everything."

"We woke up that day, said goodbye and you jumped on the freeway," she says. "No one knows what happened from that point forward because you ended up in Denver. I was going crazy."

Jeff found his way to national television and asked America to help him figure out his identity.

"What's the last thing you remember before you came to and you realized you were in the middle of Denver?" an ABC news reporter asked him.

"Just picking myself up off the ground outside of a building in downtown Denver," he replied.

He couldn't remember if he had ever been to Denver before or if it was even his hometown.

After the TV appearance, Penny called Denver police and talked with Jeff on the phone.

"It was like meeting you again for the first time," Penny says. "And when you came home, I didn't know what to do, and so I offered to sleep in the spare room considering you didn't know me."

When he finally settled in their home, Jeff called Penny's mother and asked for Penny's hand in marriage — again. 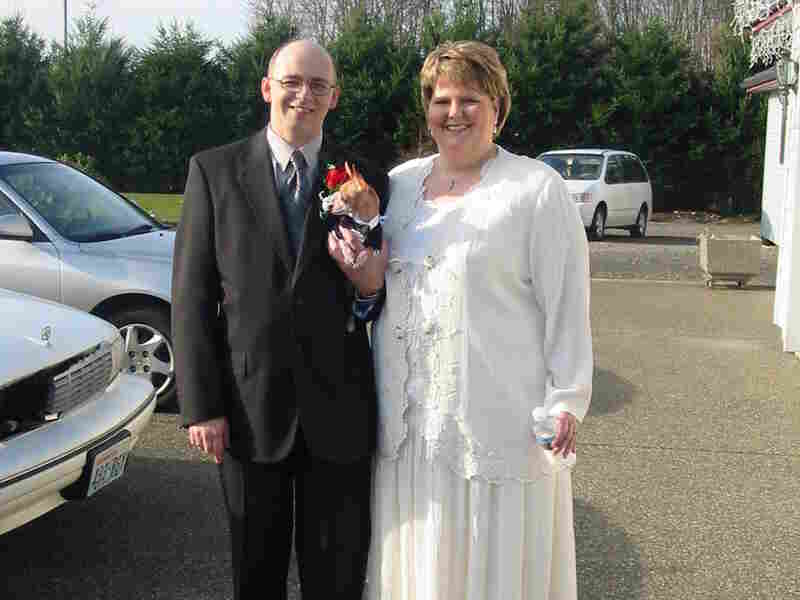 The couple got married on New Year's Eve of 2006 after Jeff proposed to Penny — twice. Courtesy of Penny and Jeff Ingram hide caption 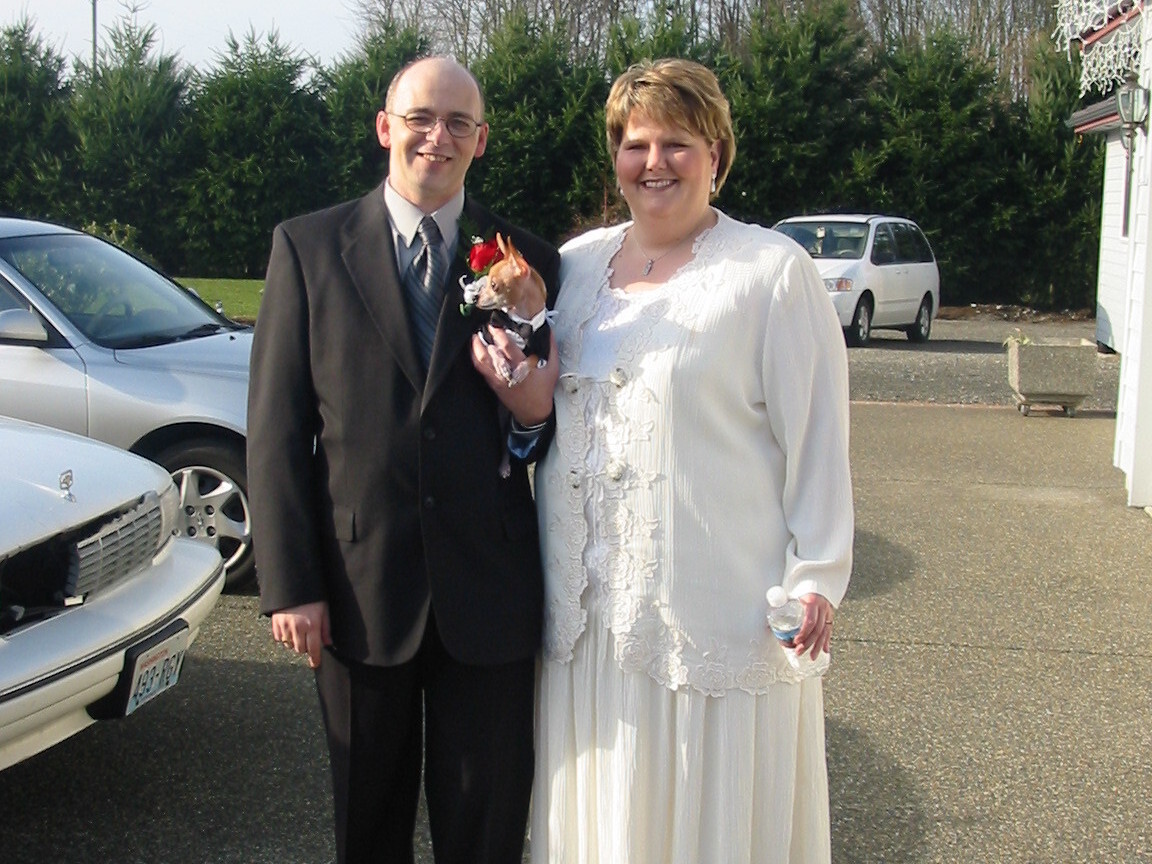 The couple got married on New Year's Eve of 2006 after Jeff proposed to Penny — twice.

Courtesy of Penny and Jeff Ingram

"And my mom was like, 'I already told you, yes,' " Penny says with a chuckle.

Jeff says his biggest regret about the amnesia is forgetting the wedding, but Penny tells him they'll get married again — so he can remember.

"It's harder for you because you have the memories and the heartache," Jeff says. "I just have nothing."

"Yeah, every time you don't pick up the phone when I call, I panic. I think I'm going to lose you again," Penny says.

She admits that losing him is a real possibility, that if Jeff ever forgets, comes home and decides he doesn't want to be with her, she'll have to let him go.

Jeff tries to relieve that fear.

"You have no idea how thankful and grateful I am to have you in my life. After my last episode when I came into the house, I knew I could trust you from the look in your eyes. I knew that that's where I should be," he says. "If I lose my memory again, I will still love you. I will always love you."