Accessibility links
Transcript: President Obama's Remarks On Conn. School Shootings In an emotional address, the president responded Friday to a mass shooting at an elementary school in Newtown, Conn. At least 20 children are among the dead, according to state police. 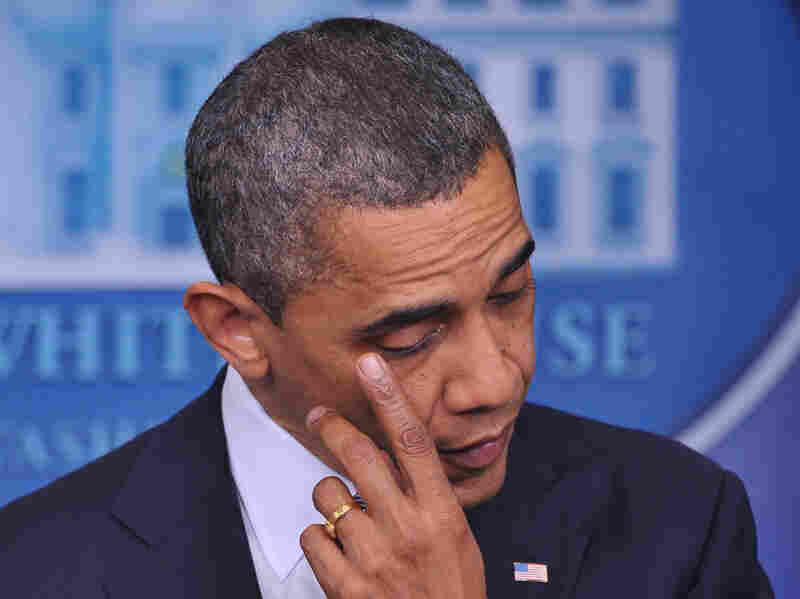 President Obama wipes his eye as he speaks during a press conference at the White House following the shooting in a Connecticut elementary school that left several dead, including children. Mandel Ngan/AFP/Getty Images hide caption 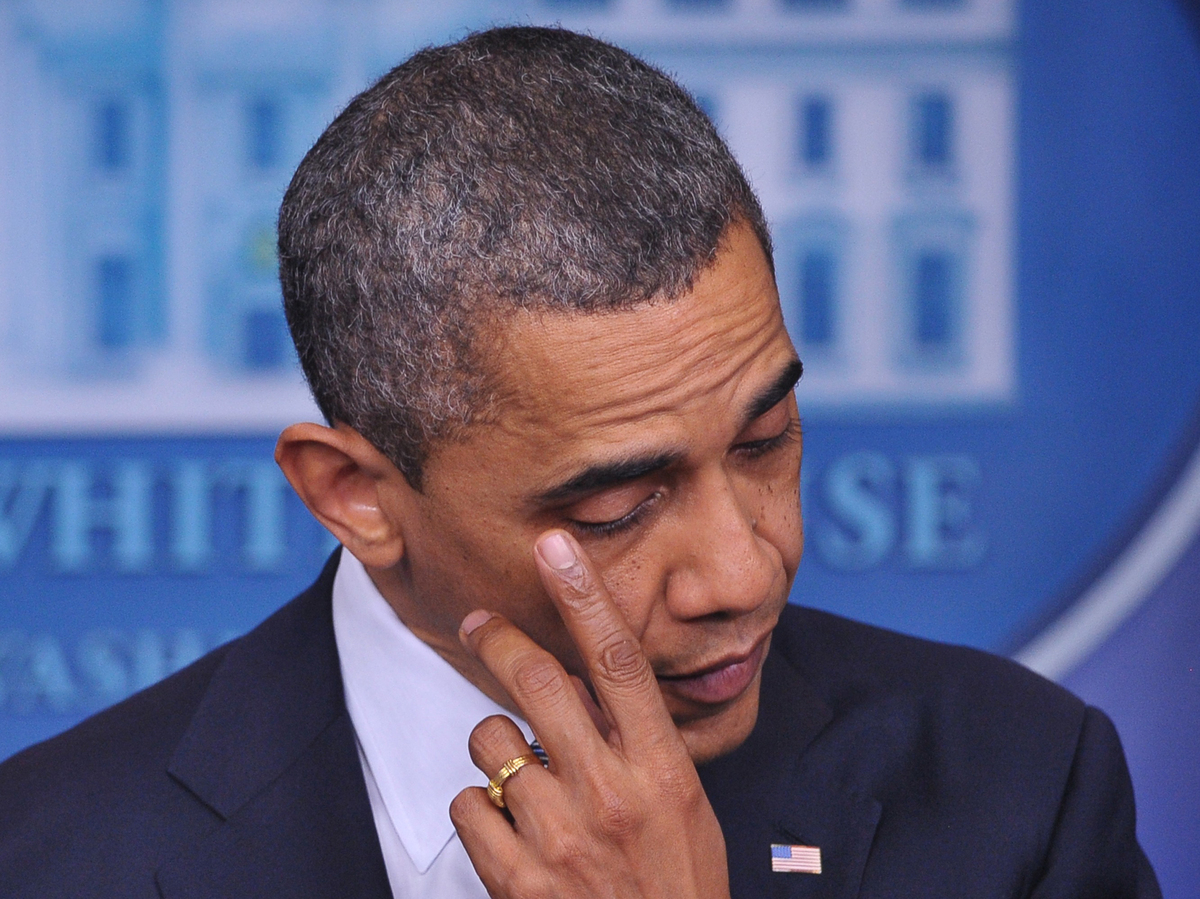 President Obama wipes his eye as he speaks during a press conference at the White House following the shooting in a Connecticut elementary school that left several dead, including children.

This afternoon, I spoke with Governor Malloy and FBI Director Mueller. I offered Governor Malloy my condolences on behalf of the nation and made it clear he will have every single resource that he needs to investigate this heinous crime, care for the victims, counsel their families.

We've endured too many of these tragedies in the past few years. And each time I learn the news, I react not as a president, but as anybody else would as a parent. And that was especially true today. I know there's not a parent in America who doesn't feel the same overwhelming grief that I do.

The majority of those who died today were children — beautiful, little kids between the ages of 5 and 10 years old. They had their entire lives ahead of them — birthdays, graduations, weddings, kids of their own. Among the fallen were also teachers, men and women who devoted their lives to helping our children fulfill their dreams.

So our hearts are broken today for the parents and grandparents, sisters and brothers of these little children, and for the families of the adults who were lost.

Our hearts are broken for the parents of the survivors, as well, for as blessed as they are to have their children home tonight, they know that their children's innocence has been torn away from them too early and there are no words that will ease their pain.

As a country, we have been through this too many times. Whether it is an elementary school in Newtown, or a shopping mall in Oregon, or a temple in Wisconsin, or a movie theater in Aurora, or a street corner in Chicago, these neighborhoods are our neighborhoods and these children are our children. And we're going to have to come together and take meaningful action to prevent more tragedies like this, regardless of the politics.

This evening, Michelle and I will do what I know every parent in America will do, which is hug our children a little tighter, and we'll tell them that we love them, and we'll remind each other how deeply we love one another. But there are families in Connecticut who cannot do that tonight, and they need all of us right now. In the hard days to come, that community needs us to be at our best as Americans, and I will do everything in my power as president to help, because while nothing can fill the space of a lost child or loved one, all of us can extend a hand to those in need, to remind them that we are there for them, that we are praying for them, that the love they felt for those they lost endures not just in their memories, but also in ours.

May God bless the memory of the victims and, in the words of Scripture, heal the brokenhearted and bind up their wounds.