Accessibility links
Hathaway, Jackman: No Complaints From These 'Miserables' Tom Hooper's cinematic adaptation of the musical Les Miserables, which was based on Victor Hugo's famous novel, opens this Christmas. It's earned huge buzz for its stars, including Hugh Jackman and Anne Hathaway, who speak with Scott Simon about their experience with the film. 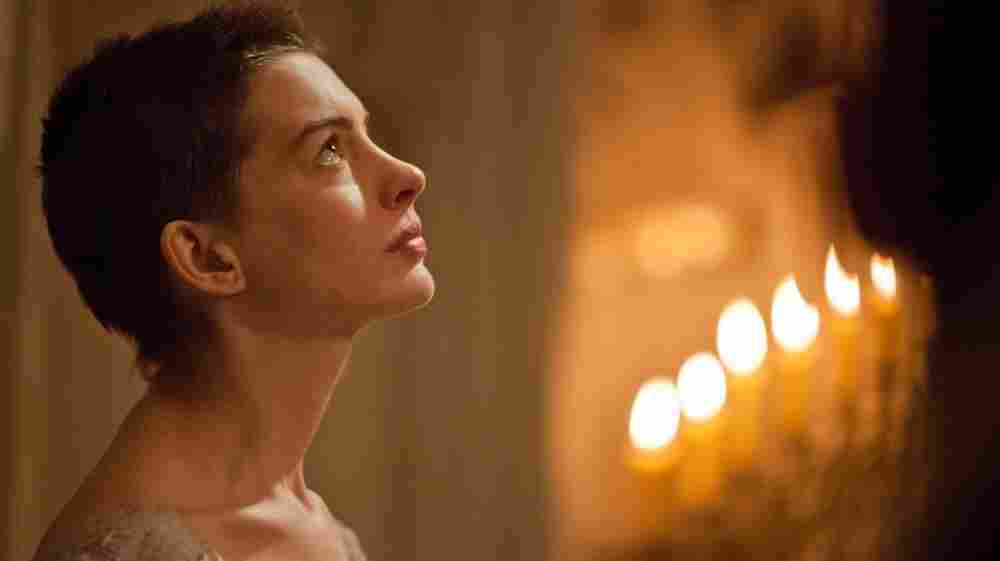 In the first act of Les Miserables, factory worker Fantine (Anne Hathaway) loses her job and is forced first to sell her hair and then become a prostitute in order to support her daughter, Cosette. Universal Pictures hide caption

You may have heard of a little movie called Les Miserables, coming to many, many theaters on Christmas Day. It's based on a 27-year-old musical that was in turn based on Victor Hugo's classic 150-year-old novel about a man, Jean Valjean, who stole a loaf of bread and served 19 years on a chain gang. After his parole, he takes on a new identity and finds happiness and prosperity — until he's tracked down by his old jailer. The epic story plays out over decades, eventually peaking against the backdrop — and the barricades — of the French student rebellion of 1832.

One of the best-known stories in literature and musical theater has been brought to the screen by Tom Hooper, the director who won the Academy Award for The King's Speech. It stars Hugh Jackman as Jean Valjean and Anne Hathaway as Fantine, along with an all-star cast that also includes Russell Crowe.

Jackman and Hathaway joined NPR's Scott Simon to talk about choosing the right accents, their history with the musical, and singing live, even under harsh conditions — not least on a ridge high in the wintry mountains of southern France.

"The first day of filming, it was below freezing up there," Jackman says. "My hands were purple, and you can definitely hear it in the voice. And I think that was when we all first turned to each other ... and went, 'We are definitely communicating the reality of the situation. And it may not [sound] as pretty as you could make it in a sound booth, but I think what we were doing is just communicating the story in a far more immediate and visceral way than you ever could using older techniques."

Hathaway jumps in to praise Jackman for setting a high bar of professionalism for the cast and crew.

"None of us really knew if [singing live on camera] was going to work," she says. "And when they came back, there were two things everybody was talking about: One was how incredible Hugh sounded, and how good his acting was, and two, that he was in the worst possible physical conditions, and he did not complain once.

"And that really set the tone for the rest of us," she says. "That, 'OK, we're going to bring it every single day, every single take, and we are not going to complain about one little bit of hardship.' "

Jackman: "Trust me, this was a conversation we had many times. In fact, I think I tried three different accents for Jean Valjean. Obviously we're speaking English, so, you know, it's a little redundant to speak English with a French accent. However, the, the difficulty is, if you delve too much into the regional British accents, then it becomes decidedly British and not a French story, so this was one of those dilemmas that we mulled over a lot."

Hathaway: "I tried on a few accents as well. I think the variations in the accents allowed for a lot of color in the story, and allowed you to note the passage of time and distance. But I thought Russell made a great point when we started off; he said, 'We're going to have English accents ... but we cannot ever forget that we are French. And I really took that to heart." 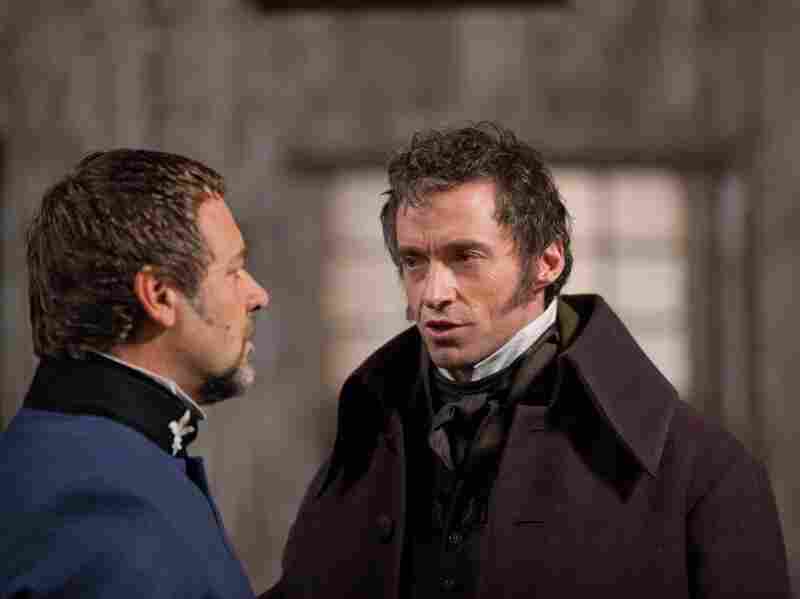 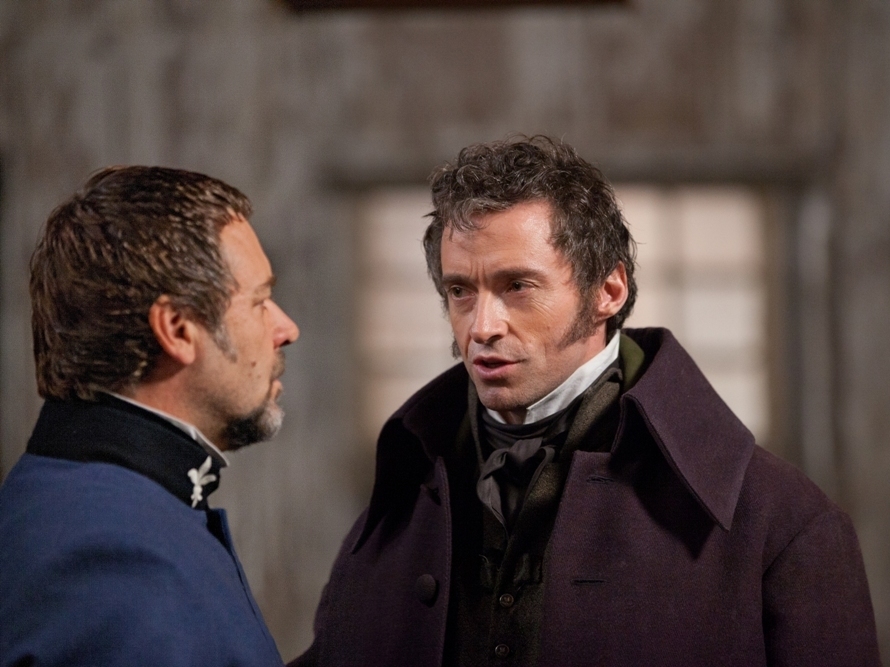 Hathaway on growing up with the musical

"When I was 7 years old, my mother was cast in the first national tour. She performed the role of a factory girl and then understudied Fantine, which is the way I saw the show for the second time, was with my mother as Fantine.

Jackman on singing the songs live instead of singing to tape

"Just to give some context, probably five or 10 years ago, Simon Hayes, the sound recordist, was telling me that it probably wouldn't have been possible because the quality of radio mics weren't good enough. But basically each actor had [an] earpiece — small, inner earpiece — and that was receiving music from one of our two great accompanists who were just off set playing an electric piano live, so we were getting the song played in our ears, and we were singing. So if you just walked onto set, you would think we were all singing a capella, but in fact we had these incredible accompanists playing along, and every take was live.

"I've done a lot of stage shows before, I've done a lot of movies, but in a way, it was this great combination of both, where every day on film felt like an opening night and a closing night all at once, you know. And the other beauty of the way we did it was the accompanist had a monitor seeing what the camera was seeing, so the accompanists were following us. They would watch our breathing, try and watch which way we were going with the song, and we had complete freedom to just sing the song as we felt it. And each take could be different; we were not married to any particular rhythm, particularly in our solos."

On how they hope the film will hold up over time

Hathaway: "You pull a string and they weep. 'Now with real tears!' "