Accessibility links
Andre Rieu On The Allure Of The Waltz The Dutch violinist and conductor, often called "The King of the Waltz," is one of the most commercially successful classical artists in history. His latest release is an album and DVD of Christmas music called Home for the Holidays. 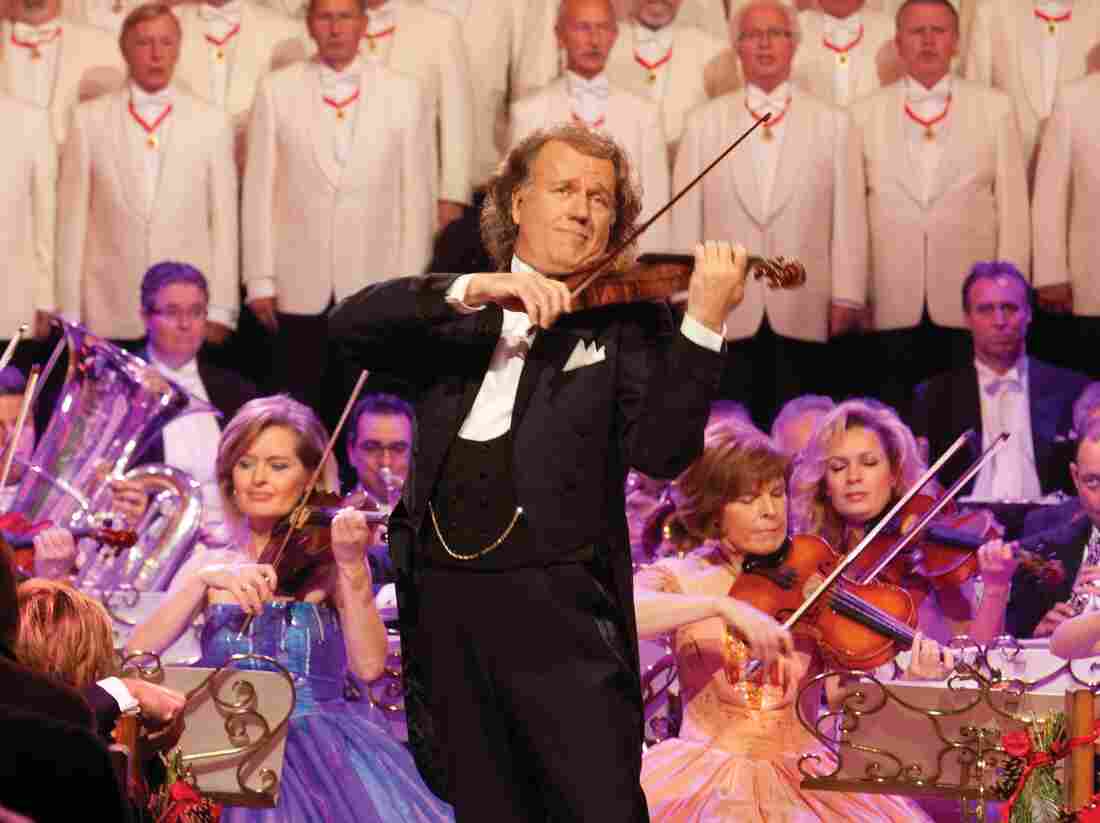 Andre Rieu's latest release is an album and DVD of Christmas music called Home for the Holidays. Courtesy of the artist hide caption 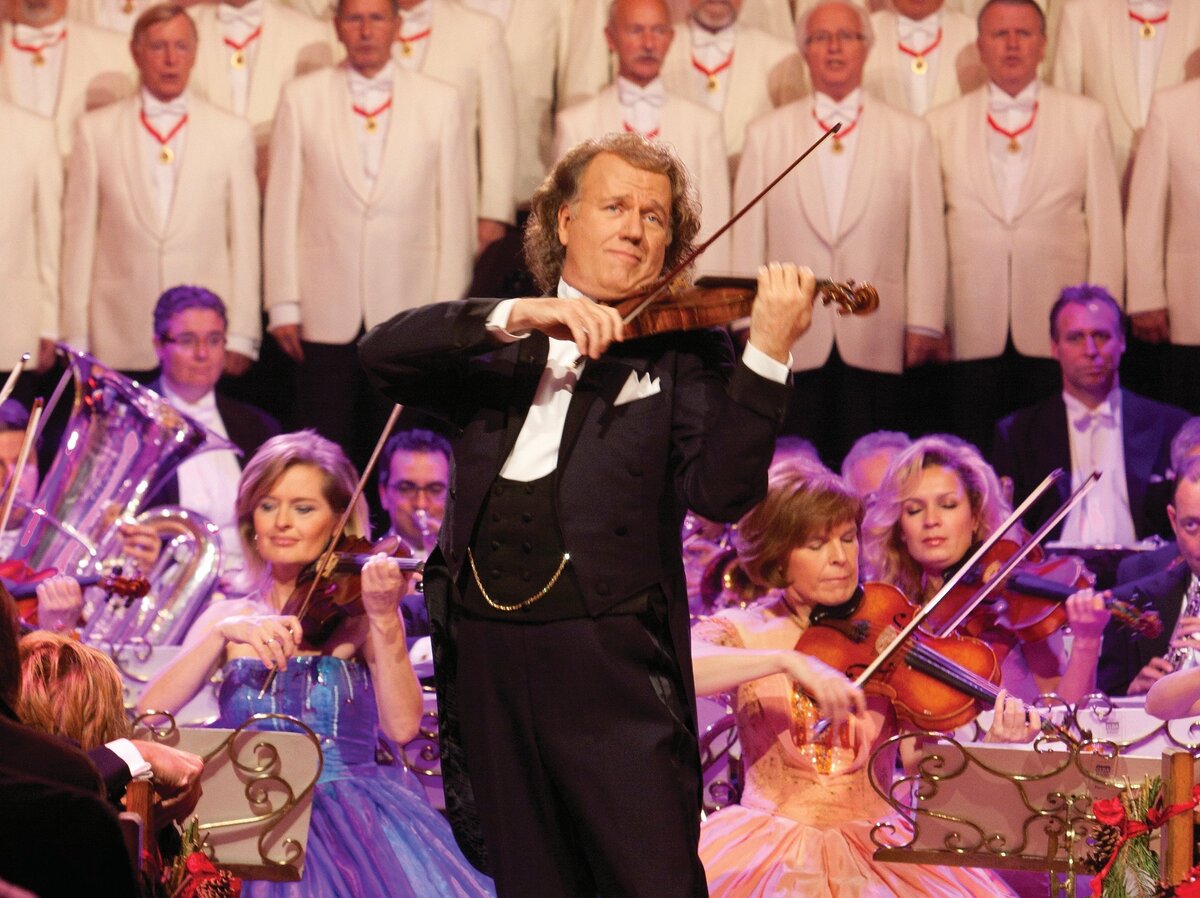 Andre Rieu's latest release is an album and DVD of Christmas music called Home for the Holidays.

On a list of the world's highest-grossing tours of last year, you'll find a lot of familiar names: U2, Taylor Swift, Lady Gaga. And then, at No. 9, is an outlier: Andre Rieu, Dutch violinist and conductor of the Johann Strauss Orchestra.

In the course of the last 25 years, Rieu's efforts to popularize classical music — particularly the waltzes that Strauss made famous in the 19th century — have made him one of the the most commercially successful classical artists in history. His latest release is an album and DVD of Christmas music called Home for the Holidays. Here, he discusses it, along with his beginnings as a musician and his home life in a Dutch castle, with NPR's Guy Raz.

"My father was a conductor, and [his concerts included] all sorts of classical music. And then, during the encores, he loved to play Strauss waltzes. I was in the audience when I was a little boy, and what I saw during these concerts [was] that the audience was very concentrated and stiff, you know? Nobody dared to move when he played his classical music. But then, during his encores, the whole audience around me started to move, and to hum, and to dance, and to smile, and it was a completely different audience. And that struck me: I thought, 'My God, this is what I want to do.' "

On building his orchestra

"I choose musicians who want to make music not for money, and not because they want to have more [vacation] or whatever. No, because they love to be on stage together with other musicians and to make music. And that's, of course, in that way also we play the waltzes. I was so angry when I was in a symphony orchestra myself. ... All my colleagues were speaking only about the union, and 'We want more money,' and 'It's too cold here,' and 'When is the holiday?' Nobody spoke about, 'Oh my god, the concert yesterday was so beautiful' — never."

On living in his hometown in the Netherlands

"I met [my wife] here in Maastricht, and I was born here, I was married here, I have my children here. It's nice to live here in the castle. We have an airport 10 minutes from home. ... People always ask me, 'Why don't you move to New York or London?' And they'll be in traffic every day for two to three hours. You know, when I go to my studio at the other side of the city, it's 10 minutes when my driver drives and three minutes when [I drive]. So it's a luxury."