Accessibility links
Interview: Rod Stewart, Author Of 'Rod: The Autobiography' At 67, the Grammy winner and Rock and Roll Hall of Fame inductee is finally tackling two rock-star milestones: a memoir and a Christmas album.

When you think of Rod Stewart, you think raspy vocals, poofy hair and maybe the song "Maggie May," which came out in 1971 and became his breakout hit in the U.S. Since then, the Grammy-winning singer has enjoyed one of the longest careers in pop music. He's released dozens of albums and been inducted into the Rock and Roll Hall of Fame twice — as a solo artist in 1994, and again this year as a member of the '70s British band Faces.

So what milestones are left for Stewart? For starters, a memoir: This fall, he released Rod: The Autobiography. The book traces Stewart's musical roots back to his childhood in North London and a family that encouraged him to dream big.

"They let me go into music," Stewart says. "You can understand that in the early '60s, it [wasn't] like it is now, where every Tom, Dick and Harry is in a band. In those days, it was rather brave." 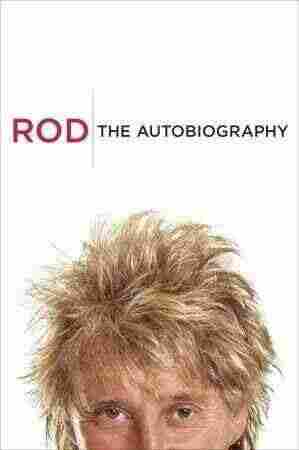 On coming to the U.S. with The Jeff Beck Group

"Because I was a white boy from North London trying to sing rhythm & blues and soul music, I was paranoid that the curtain would go back and it would be all full of black people, and they'd yell, 'Fraud! Fraud!' But it wasn't: We were on a bill with The Grateful Dead and it was loads of hippies, and they accepted me. You know, James Brown once said that I was the greatest white soul singer ever."

On devoting a chapter of Rod to his hair

"I started having my bouffant hairstyle, as I used to call it, way back in the late '60s. ... I just [thought] people would be interested. I'd never heard of hair lacquer around my way, where I lived in those days, and even a hairdryer was considered absolute luxury. My sister had a hairdryer, and I remember I used to have to put warm water and sugar on my hair and then run up to my sister's [house], about 50 yards away, in the middle of winter, and blowdry it."

On illness and his voice

"My voice has gotten a lot better over the last 10 years, especially when it comes to ballads. ... I had thyroid cancer a few years back and had a very serious operation, but I was lucky: I was in and out of the hospital in two or three days. And that sort of lowered my voice a little bit, about half a tone. So it gave it a warmth that previously wasn't there."