Accessibility links
Hunt For Bin Laden More Than Just One Woman's Fight The new movie Zero Dark Thirty focuses on a female intelligence officer's quest to find Osama bin Laden, but the story of how the terrorist mastermind was found wasn't quite so simple. 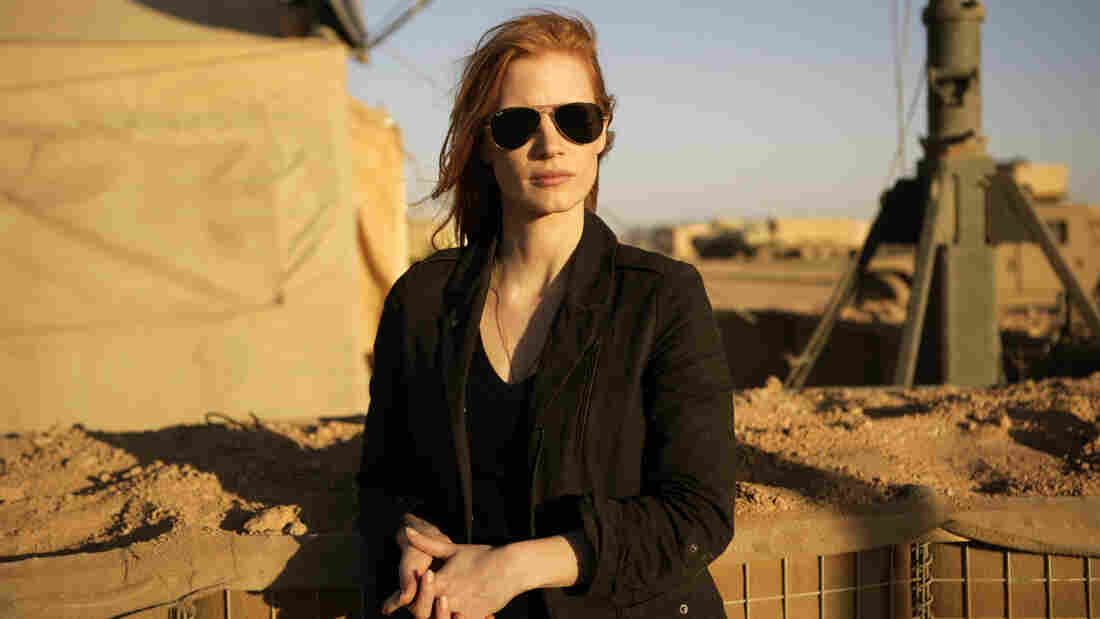 In the new film Zero Dark Thirty, Jessica Chastain plays Maya, a member of the elite team of spies and military operatives stationed in a covert base overseas who secretly devoted themselves to finding Osama bin Laden. Jonathan Olley/Columbia Pictures via AP hide caption 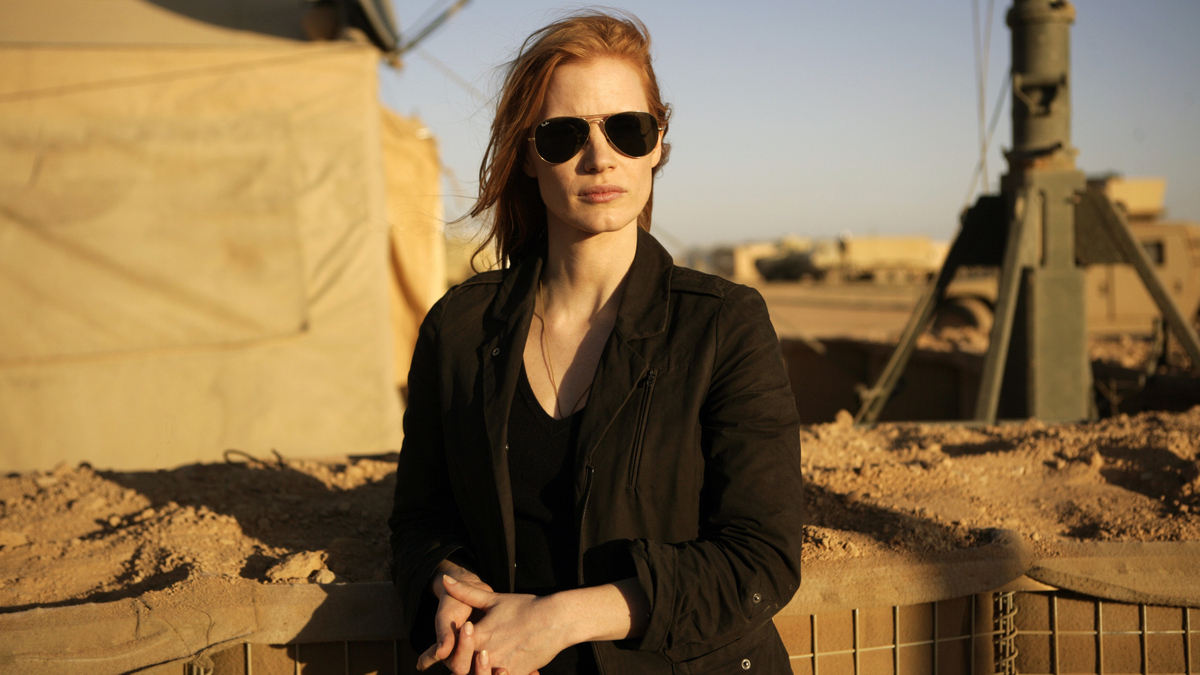 In the new film Zero Dark Thirty, Jessica Chastain plays Maya, a member of the elite team of spies and military operatives stationed in a covert base overseas who secretly devoted themselves to finding Osama bin Laden.

It is one of the most compelling real-life dramas in recent history — chronicled in documentaries, news stories and books — and now the hunt for Osama bin Laden is coming to the big screen.

Director Kathryn Bigelow and screenwriter Mark Boal are the latest to embark on a Herculean task of summing up the more-than-a-decade-long CIA search for the leader of al-Qaida.

Bigelow and Boal were given access to key military and intelligence officials as part of their research for the film Zero Dark Thirty, which comes out in select theaters this week. In the course of those conversations, their main character took shape.

"When I realized at the heart of this 10-year odyssey was this woman, who had a kind of tenacity and a dedication and courage, I was excited to take it on," Bigelow told ABC News in an interview.

Her name is Maya — at least in the film — and she is played by actress Jessica Chastain. According to the story Bigelow weaves, this young woman is the one who put the pieces together that would ultimately lead the CIA to that compound in Abbottabad, Pakistan.

Other versions of this story have depicted a female CIA analyst behind the hunt for bin Laden as well, including a recent TV movie and a book by a former member of Navy SEAL Team Six (although in that book her name isn't Maya, it's Jen).

So was there a female CIA analyst at the center of this hunt?

"I think it's a literary device. It's not inaccurate, but it's not wholly accurate," says writer Peter Bergen, who himself has spent many years tracking bin Laden.

Bergen has written four books about al-Qaida, the most recent one being Manhunt, about the hunt for bin Laden. He told Weekend Edition Sunday host Rachel Martin that the lead analyst identified in his book is named John.

"The guy who was on the account from 2003 to May 1, 2011, when bin Laden was killed, and the guy who was always saying ... that bin Laden is living in the mysterious compound in Abbottabad — that guy is a guy, he's not a female," Bergen says.

That said, Bergen thinks the largest cultural shift that's happened in the CIA in the last couple of decades is the role women have played in leadership positions in the agency, operation roles, and particularly in the analytical role that was very useful in finding bin Laden.

'SEAL Team Six' Gets Some Of Bin Laden Raid Right

The bin Laden unit at the CIA was founded in December 1995. Bergen says initially it was less than a dozen people, mostly women, and that was the point.

"[Women] don't tell war stories. They're more focused and they get the job done," he says. "At the time, counter-terrorism was regarded as sort of a backwater. So it was a small group and it was a group that was regarded as being somewhat overly interested in bin Laden, almost maniacally so."

A Team Effort Over Years

Robert Grenier, who was in the CIA's clandestine service for 27 years and director of the CIA's counterterrorism center from late 2004 to early 2006, says that kind of focus on a single mission and target can take an emotional toll.

"There is a great feeling of personal responsibility — that if there is a lead that's missed, if there's some connection that we miss, that the consequences could be disastrous," Grenier tells Martin. "It's something which simply takes over your entire life to an extent that probably a lot of people don't understand."

The CIA says the hunt for bin Laden was a classic team effort and that the people involved worked tirelessly for years, never sought attention and have earned the right to remain in the shadows.

Bergen says that it's hard to know how many analysts who were part of those initial teams were still there at the end — the day the Navy SEALs raided the compound in Abbottabad.

"There were some high-fives and champagne bottles," he says, "but it's not like the death of bin Laden is the elimination of the al-Qaida threat. People are still working on finding No. 2."

And if there is a woman like Maya, she may be one of them.