Accessibility links
Afghan Woman Carves Out An Entrepreneurial Niche Despite more than a decade of international efforts to support women in Afghanistan, female entrepreneurs remain relatively rare. But one Afghan woman is trying to show the men a thing or two about making high-quality furniture in Afghanistan. 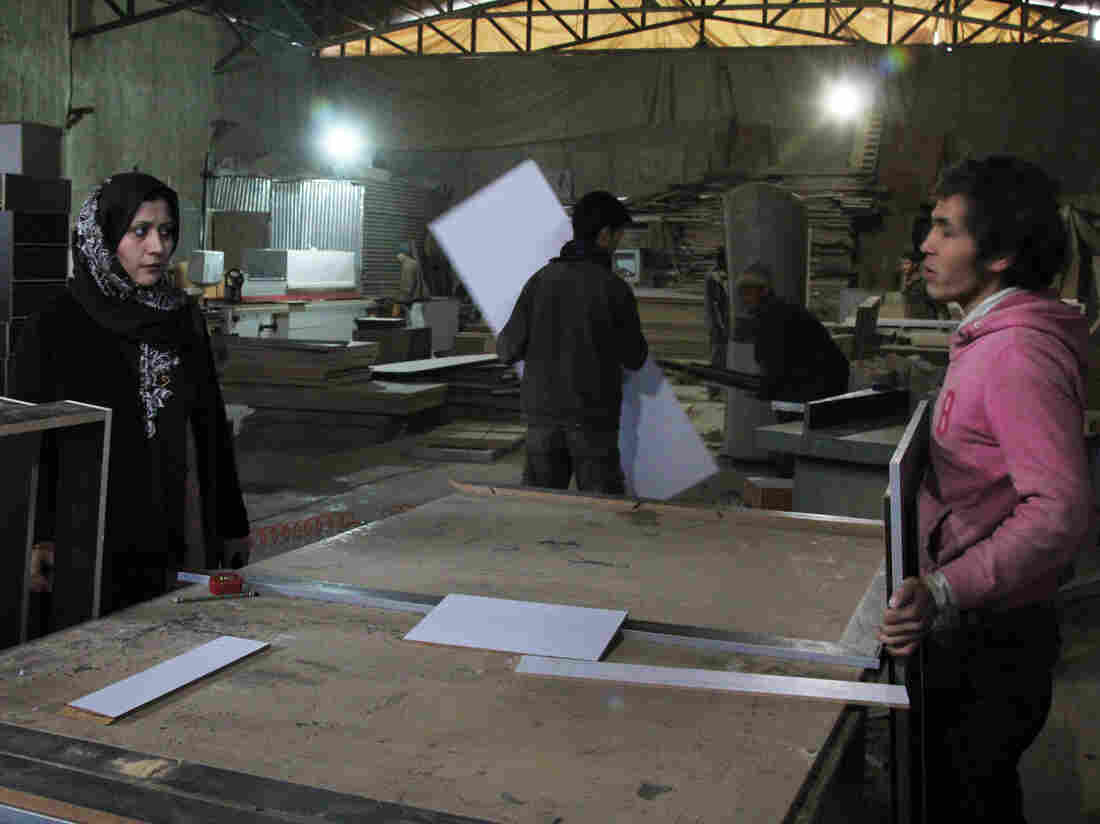 Fatima Jafari, owner of Bamboo Wood Industries, listens to a worker in her factory in Kabul, Afghanistan. Jafari is one of the few female entrepreneurs in an industrial trade in the country, despite international efforts to support women in business. Sultan Faizy/NPR hide caption 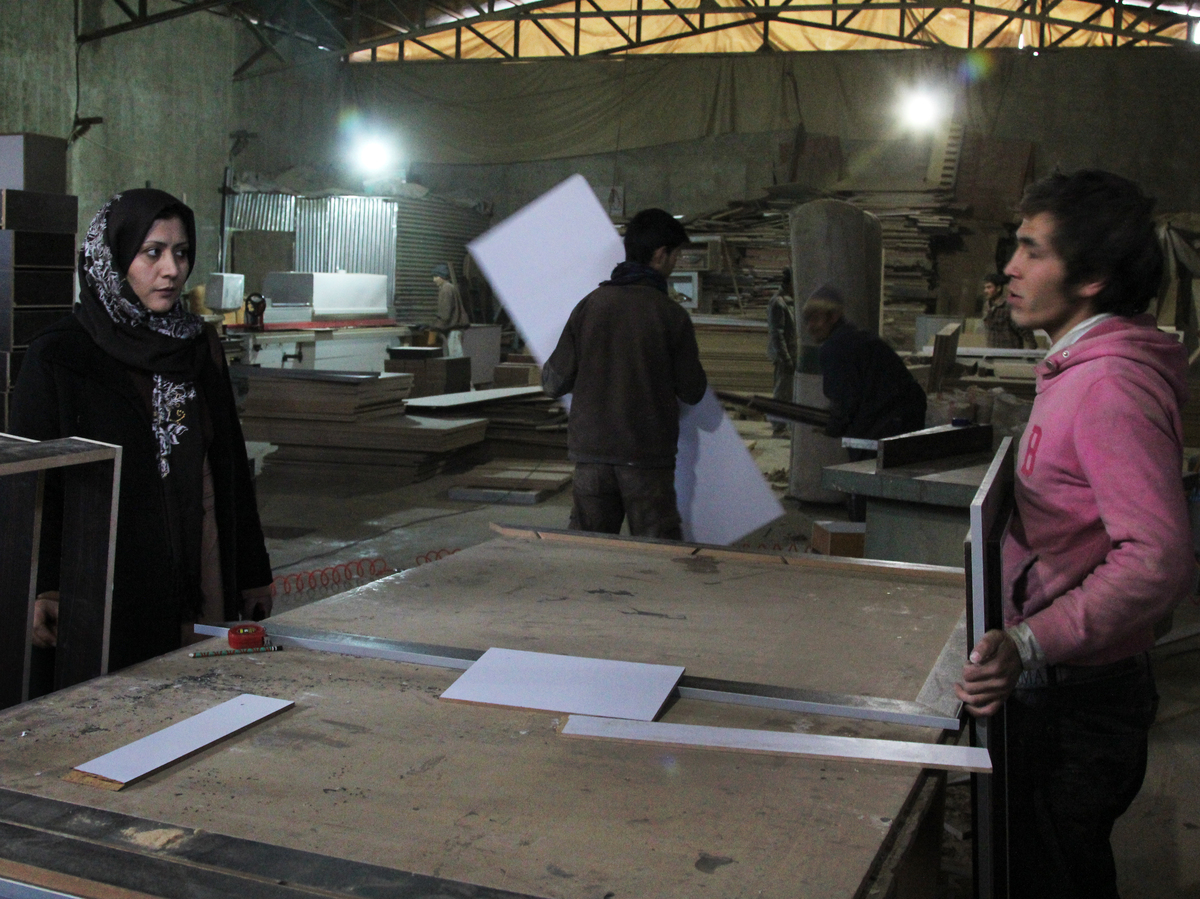 Fatima Jafari, owner of Bamboo Wood Industries, listens to a worker in her factory in Kabul, Afghanistan. Jafari is one of the few female entrepreneurs in an industrial trade in the country, despite international efforts to support women in business.

Behind a tall metal gate in a nondescript nook of Kabul sits the Bamboo Wood Industries factory. It's not a place you're likely to stumble across by accident. Inside, a handful of men are cutting, painting and assembling desks and cabinets. The pieces being made are chocolate brown and quite modern looking.

Sitting in a spartan, unheated office above the factory floor is Fatima Jafari, the owner of the company. The 30-something woman started the business a little over a year ago.

"Before I came back to Afghanistan, I lived in Iran. There, it was so difficult for Afghan women to find a job and earn some money. There, I decided to make a job, make an opportunity for other Afghan women to work together," Jafari says.

So while in Iran, she organized carpentry work for Afghan women.

"And after I came back to Afghanistan, and after I had some personal problems in my life, I decided to start a business," Jafari says.

She didn't want to go into detail about the personal problem, but it involved separating from her husband.

"That problem make me [want] to work more and try more to go forward with my life," Jafari says.

So, with nothing more than an eight-week business course at the American University of Afghanistan, and the help of a cousin who is a successful businessman, Jafari started her company. But it has been a struggle. Her cousin, who runs an interior design business, is her only customer so far.

She has been submitting bids to prospective clients, but even when they say they love her products, she doesn't get the contract. Is it because she's a woman in male-dominated Afghanistan?

"Maybe, because in this business, people don't expect that a woman can run a business like my business, as wood industry," Jafari says.

But, Jafari suspects the real reason is corruption — she's not paying anyone off to give her the contracts.

It's often a struggle to keep the operation going. Sometimes there is no work for weeks at a time. But she still pays the 12 men who work on the factory floor.

"I pay them every month because I cannot tell them that this week there's no work, you have to go home. If I do that, I will lose them," Jafari says.

She doesn't want to lose them because she says they are good workers and they respect a woman as the boss. That's not easy to find in Afghanistan.

She has tried to get help from the Ministry of Women's Affairs and has met with some other women's groups, but so far they have not been able to help her with the business.

"I would like to work with foreign organizations as well, especially embassies and the NGOs, but unfortunately they are leaving Afghanistan and I have to concentrate on the local markets," Jafari says.

But she says it's tough to sell a quality product on the local market.

Her goal right now is to find financial help so she can open her own showroom and prove to Afghans that local products can be as good as anyone else's.