Accessibility links
Why Barry Manilow Loves Christmas Music With Christmas looming, the pop legend — who has recorded three albums of Christmas music and just released a compilation of them called The Classic Christmas Album — spoke with Morning Edition about the season. 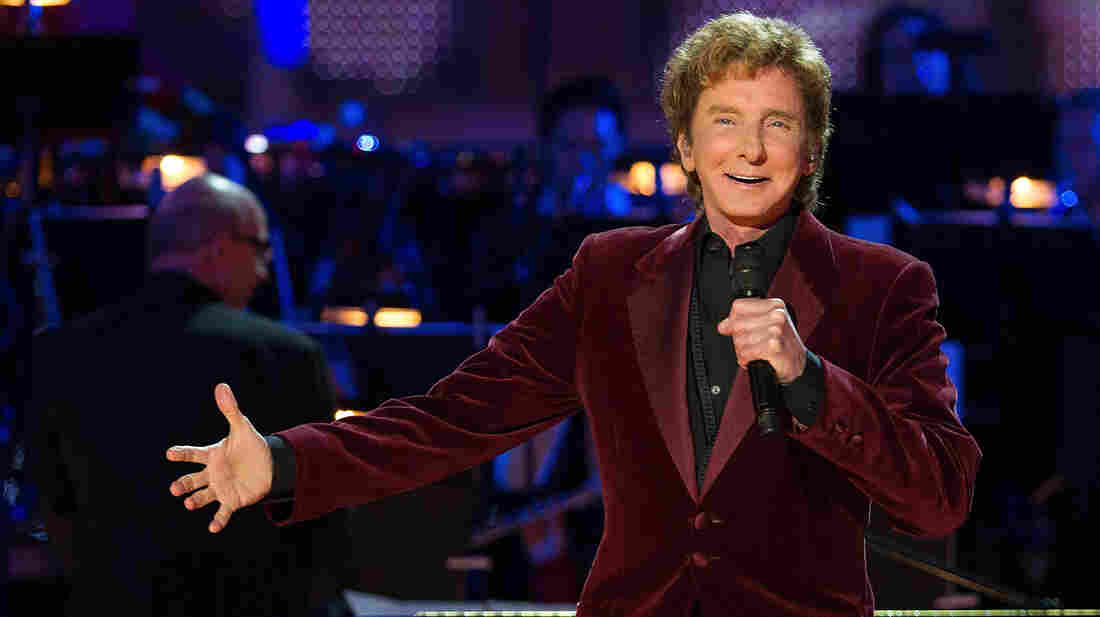 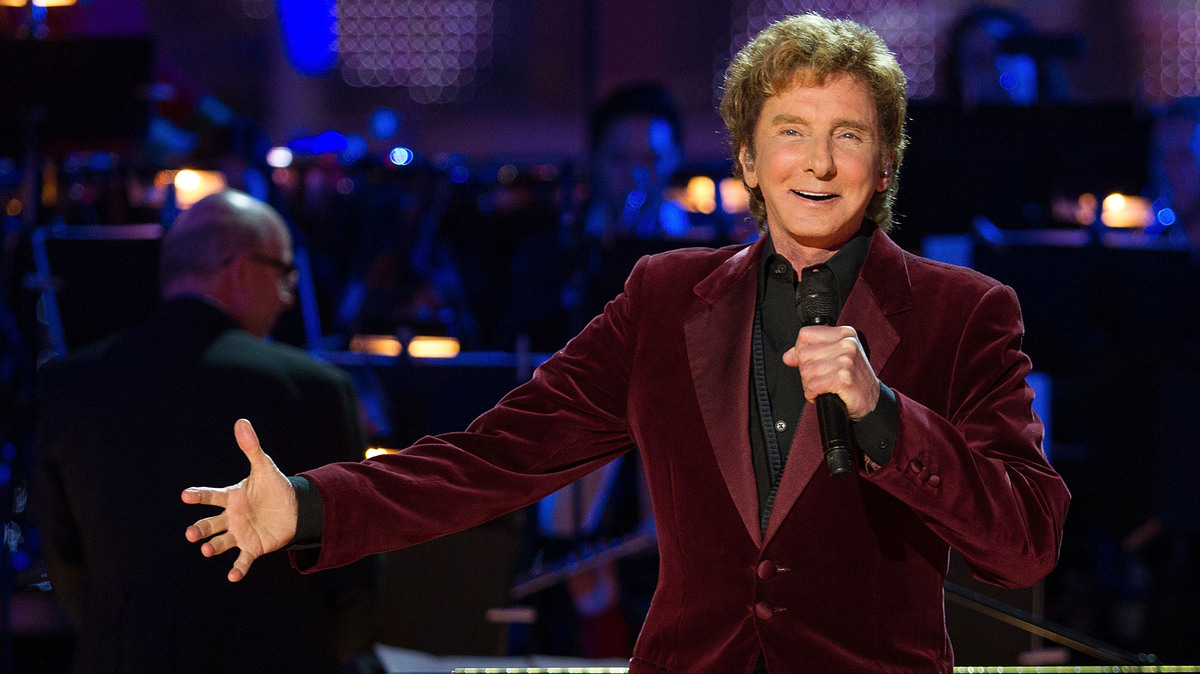 Barry Manilow onstage during a tree lighting in Los Angeles in November.

With Christmas looming and the traditional soundtrack to the holiday becoming unavoidable, pop legend Barry Manilow — who has recorded three albums of Christmas music and just released a compilation of them called The Classic Christmas Album — spoke with Morning Edition host David Greene about the season.

Violets for Your Furs

Manilow says he has recorded so many Christmas songs because most of them come from the Great American Songbook — written by people like Irving Berlin and George Gershwin. "Whenever I get an opportunity to do an album full of standards, I jump at it because I miss it," he says.

He uses the opportunity to stretch the definition of a "Christmas song," saying one of his favorites is "Violets for Your Furs."

"I thought, 'Well, it's a winter song, it's close enough.' And people should hear songs like that!" Manilow says. "It's a lovely song. Sinatra did it on one of his earlier albums. My stepfather showed it to me, and I never quite got over it."

Barry Manilow On Singing Standards And His Real Job

Manilow says there's something in that song that's missing in a lot of contemporary music. "It's a great idea for a song: 'I bought you violets for your furs in December,' and now it feels like spring, because he's in love with her," he says. "The melody is just delicious, the chord changes are something from heaven, and the melody is so memorable. We don't hear this anymore; we just don't hear it anymore."

Manilow says he doesn't think "Violets" is melancholy. "I think it's romantic. If you listen to the lyric, it's a lovely idea: that in the middle of winter, it turned to spring for them. On that song, since Sinatra did it — I'm a friend of Barbara Sinatra, his wife, and I knew that he had done that. When I finished doing the record, I brought it over to her house, and I said, 'Hey, listen to this, Barbara.' And she put it into her CD [player], and she stood there crying. She told me this story that they were in New York at Rockefeller Center, and he bought her violets and sang the song to her standing in front of the Christmas tree."

Manilow considers Joni Mitchell's "River" a Christmas song by a similarly unorthodox rationale. "It's not really in the same world as 'Jingle Bells,' but, you know, it's about a breakup during the Christmas season."

He says he has always loved the song and wanted to do it his own way, in a pop version. "I wonder whether Joni would like it," he says. "She's like a lion protecting her cubs when it comes to her catalog of music, and she should be. I changed it around a little bit, but I hope she knows that I did it out of love and respect."

Manilow is returning to Broadway next month, and hopes to bring the musical he wrote, Harmony, to the Great White Way next year.