Accessibility links
At A Real-Life Santa's Workshop, Christmas Comes Early An unassuming brick building in Brooklyn houses a factory that makes animatronic puppets, elves and polar bears for the holiday season. NPR's Neda Ulaby drops by Mechanical Displays Inc. to talk with Lou Nasti, who's been at it for almost 44 years. 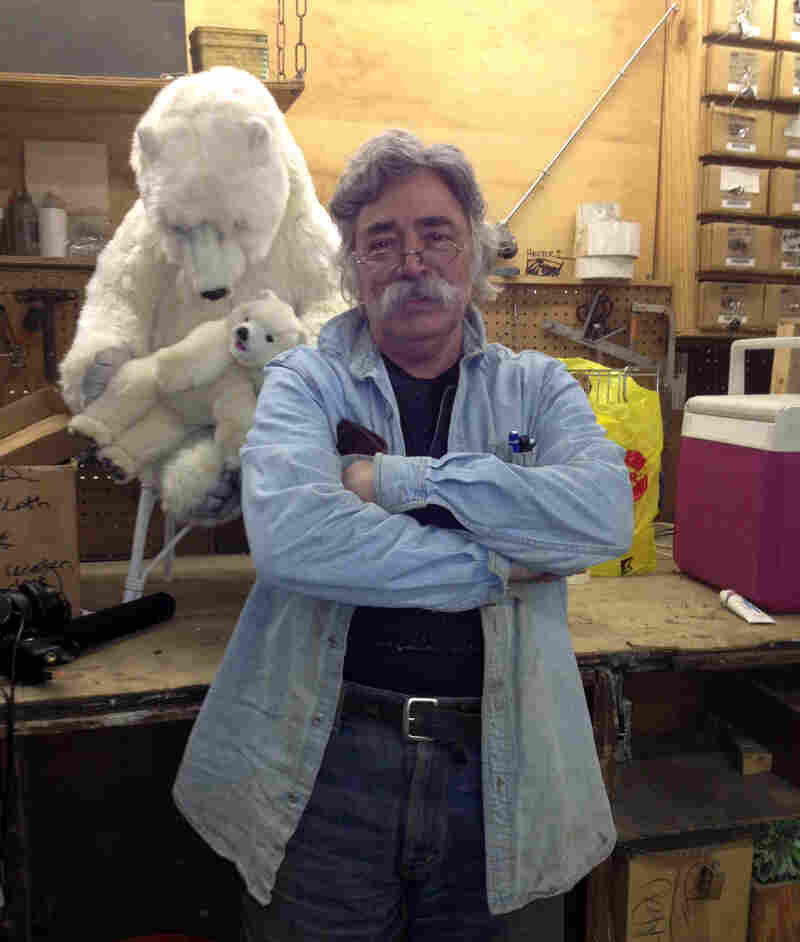 Lou Nasti runs a factory in Brooklyn that makes animatronic Christmas displays. He's been at it for almost 44 years. Neda Ulaby/NPR hide caption 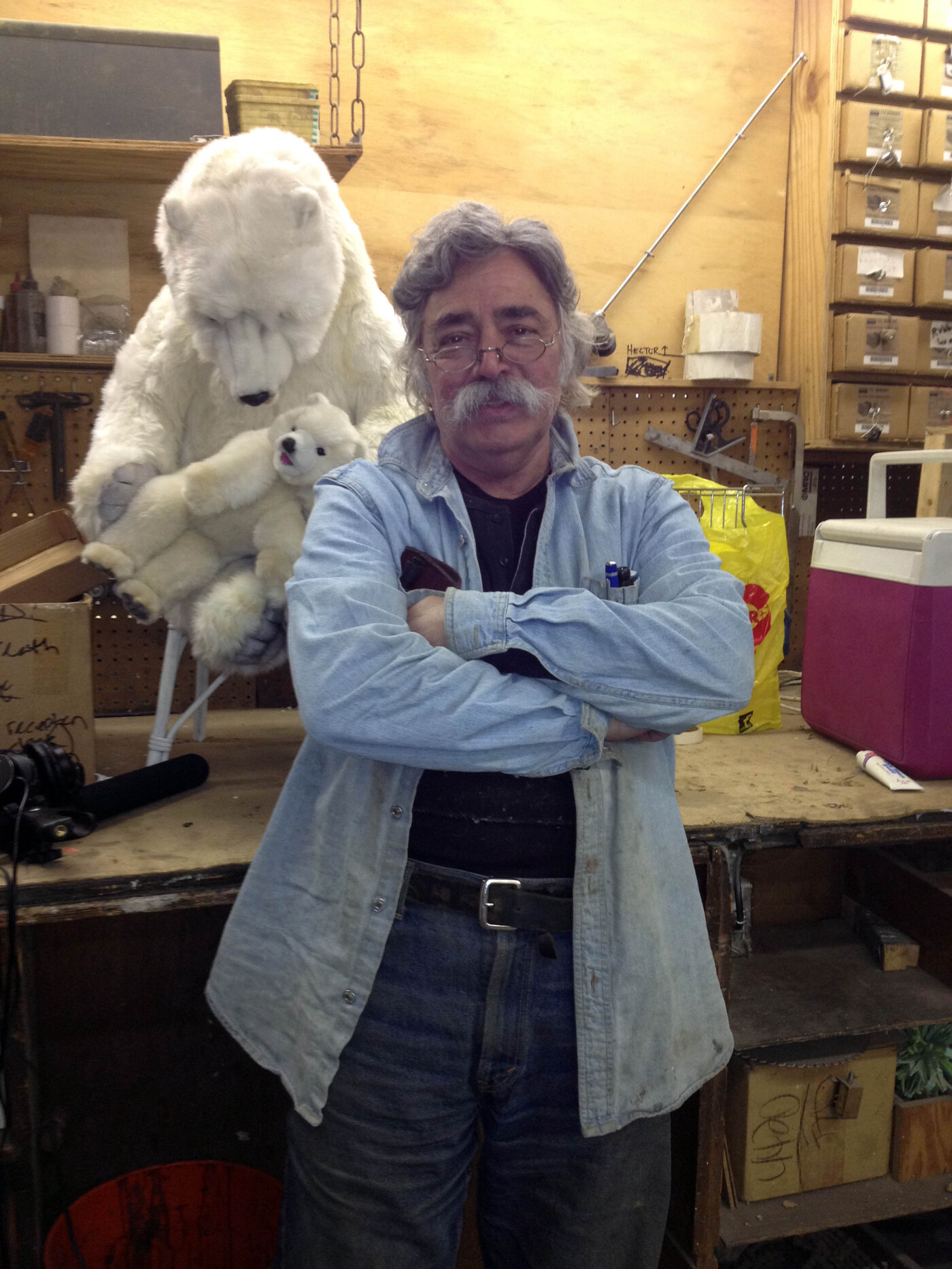 Lou Nasti runs a factory in Brooklyn that makes animatronic Christmas displays. He's been at it for almost 44 years.

"Everyone calls me Geppetto," announces Lou Nasti. "I mean, look at me: The glasses, the gray hair — and I play with dolls. Come on."

Being with Nasti at his Brooklyn company, Mechanical Displays Inc., is like hanging out in Santa's workshop. The walls are lined with tools and dozens of molds for elf heads, all in different sizes. Dancing mice and snowmen are being prepped in a chorus line for HBO's headquarters in Manhattan. For another display, a plush mother polar bear is being wired to cuddle her baby. Life-size toy soldiers stand by a life-size talking tree, a current work in progress.

"I have worked for the king of Morocco," says Nasti. "I did the B. Altman's window for 18 years prior to their going out of business. I did Gimbels. I've worked for Macy's Santa Land."

Nasti's displays have been seen in most of New York City's major department store windows. He started as a window dresser as a teenager and landed on the front page of The New York Times when he built a giant robot that could walk and talk. A few years later, he started his company.

Mechanical Displays has sold thousands of holiday displays across the United States. One Christmas, Nasti remembers installing a display at a department store in Ohio and peeking into the window of a Hudson's across the street ... where workmen were putting in another of his displays, one he'd sold years earlier to a store in Minneapolis. Some circulated from store to store. Others stood out for other reasons.

"Many years ago we did an animated Nativity for Macy's," Nasti recalls. "We put it in the window, and we had baby Jesus moving, and Mary and Joseph. Very discreet. Very, very discreet. They got calls! Macy's got calls that it was disrespectful to animate baby Jesus. He wasn't crying or anything; it was very well done!"

Over the past few decades, the market for these figures with their repetitive motions and uncanny fixed stares has changed. Online shopping put a dent in department store budgets and changed their priorities.

"The department stores have cut back," Nasti grumbles, "because they want to fill every square inch with retail."

Nonetheless, Nasti remains busy. He just finished building a children's train ride through a sprawling peppermint forest for the Galt House Hotel in Louisville, Ky. The project, he says, was huge.

"Thirty thousand lights, 150 Christmas trees, 30 rolls of Dacron, 250 pounds of poly loose snow, and 90 animated figures making candy canes and gingerbread and having a party in the forest," he says proudly. "I mean, I got teddy bears warming their feet on fireplaces and squirrels toasting marshmallows. It's adorable."

The hardest Christmas tree there is to put up is in my own home. At that point, I've had it.

Nasti says he's built just about everything he's ever dreamed of — except one thing: a full-size theme park, where actual people would visit, filled with his mechanical figures.

"I want to call it Nasti Land," he grins.

But before Nasti Land, Nasti has one more Christmas chore to perform — the only one he dreads.

"The hardest Christmas tree there is to put up is in my own home," he says. "At that point, I've had it."

Christmas starts for Nasti in February, when he starts gearing up for the year's work. And his holiday season is not over until the middle of January, when he finishes taking down and repairing his displays.