Accessibility links
2012 In Review: 10 Favorite TV Shows From a meth dealer looking to build an empire to a group of friends who can barely hold down jobs, we look at 10 of the smartest, saddest, funniest, and most distinctive shows of 2012. 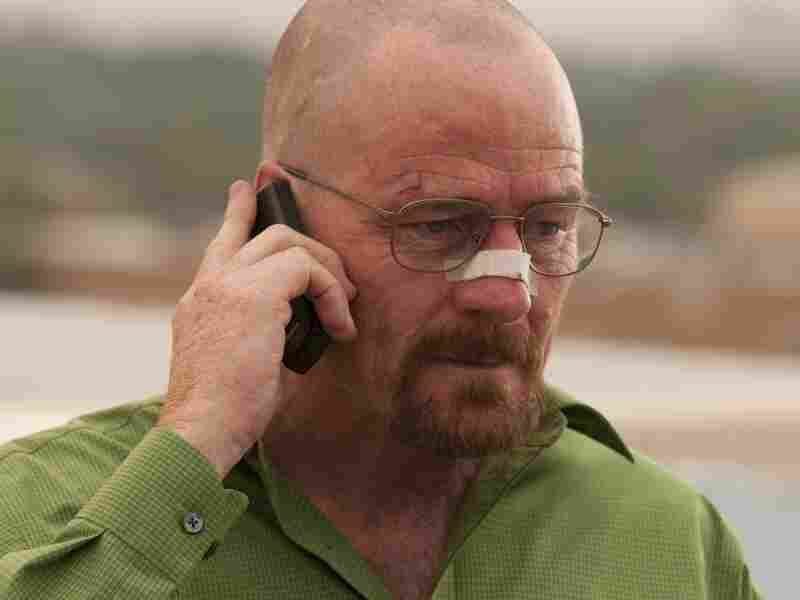 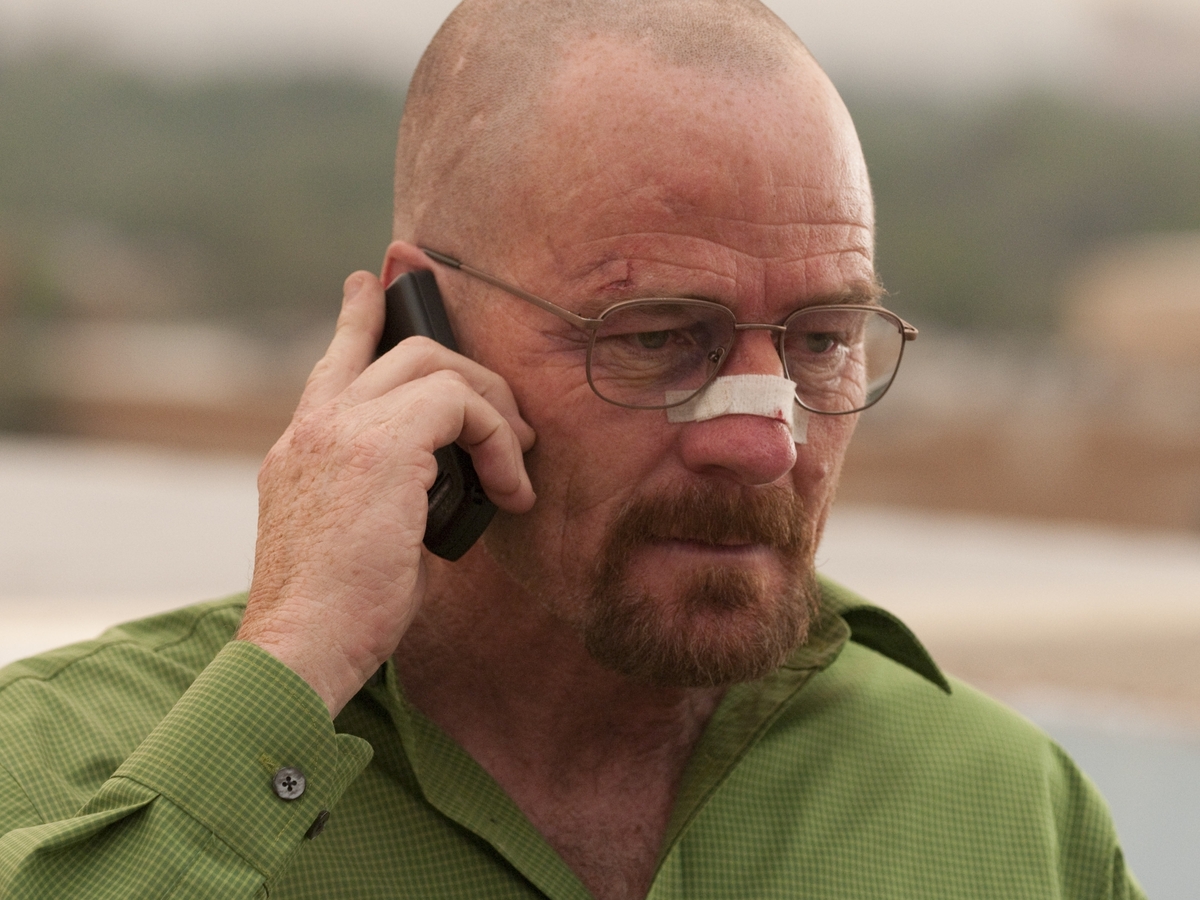 My television top 10 debuted yesterday as part of the Hitfix Critics' Poll.

I have mixed feelings about that, because as every critic moans to you at the end of every December, making top 10 lists is reductive and misleading and limiting and limited and arbitrary and yes, if this is one's biggest gripe about one's job, one should not gripe at all.

I do want, however, to offer three thoughts about this list to accompany it.

Favorite, not best. There was a time when you could watch at least some representative episodes of most of what was on TV, enough that you could wrap your arms around the entire field before you picked best-ofs.

That time is long gone. Between what's on broadcast, what's on premium cable, what's on basic cable, what's on PBS, and what runs in the summer, it's completely unrealistic to watch even most of everything, or even a lot of everything. To give only one example, I have no idea whether I'd have put Sons Of Anarchy on this list if I watched it, because I don't. You cannot hope to make a declaration of what is best when you don't watch everything. What you can do is present what you liked, what meant something to you, and what you've returned to over and over.

Some things are good, but not for me. The best example of this particular caveat is Louie. I consider Louis CK a hugely talented guy, but the show is not for me. That doesn't mean I think it's bad, and it doesn't mean I can't understand why you like it. It doesn't even really mean I'm saying these shows are all "better" than Louie. It doesn't mean they're better than Sons of Anarchy, or Boardwalk Empire, or Game Of Thrones. It means those shows don't speak to me, or don't pull me in, or are otherwise not for me (particularly, in some cases, all taken together). Even for me, there's only so much television I can watch and care to watch, so if your favorite show is not on this list, there's an excellent chance I don't watch it because what I've seen of it didn't grab me. Sometimes that's a comment on quality, and sometimes it's a comment on the match between the show and my taste.

This list is really white and really male, especially with regard to creative teams. So is almost everybody else's. That reflects, in large part, the extraordinarily limited amount of TV that focuses on people of color and women. There are exceptions, but if you peruse all the shows that got votes from all the critics — including critics of color and critics who are women — you'll see a lot of pictures of white guys. This is, by and large, what's on TV.

And while race in particular came to the forefront most forcefully with regard to Lena Dunham's Girls, this is not a Lena Dunham problem; it is a television problem, on both broadcast and on cable. As conspicuous as an all-white ensemble may be, I find just as pernicious an attitude that would focus exclusively on those shows but excuse entire lineups that offer few opportunities for minorities and women behind the camera or in front of it, but get a pass from discussions about this issue because they cast (for example) one black actor in a supporting role. I couldn't present a list like this without at least taking a moment to regret its limitations.

With that, my 10 favorite shows of the year.

1. Breaking Bad. The expectations for dramatic television have shifted so massively in the last ten years that it takes a genuine work of art to top a list like this. There were things about the first half of Breaking Bad's final season that didn't entirely work for me — I always want more of Walt and Jesse, always, and less of everything else — but overall, nothing was more wrenching, complicated, or suffused with energy.

2. Homeland. Believe it or not, I'm a couple of episodes behind, but I'm well aware that the show's implausibilities and hard turns have begun to sour opinion on it quite a bit. Early in the season, when it was suggested that one could surreptitiously text from a meeting that would presumably be held under the highest of security without anyone noticing, I gave up on believing anything it had to say, and the minute the thing with the car happened, my eyes almost rolled right out of my head. But the work of leads Claire Danes and Damian Lewis, as well as the supporting turns from Mandy Patinkin and others, pushed it toward the top anyway. I make no promises about where it might stand next year.

3. Bunheads. Of everything I watched this year, Amy Sherman-Palladino's comedy-drama about a young widow (Sutton Foster) and her mother-in-law (Kelly Bishop) brought me the most consistent, comforting, soul-nourishing pleasure.

4. Happy Endings. And of everything I watched this year, the utterly manic, deeply weird Happy Endings made me laugh out loud the most. Its ensemble commits to some singularly odd material with a fearlessness that delights me week in and week out. If that didn't land it in my top 10, something would be horribly wrong.

6. Parks And Recreation. At some great moment in its development — perhaps at April and Andy's "Fancy Party" — Parks decided to fully, bear-huggingly embrace its heart-swelling optimism about the capacity of human beings to do wonderful and kind things for each other. Being in local government became a metaphor for service, which became a metaphor for caring for others, which isn't exactly the theme of your average broadcast network sitcom. All of that, however, would make it only a well-intentioned and lovable project, but for the fact that it also continues to write some of the absolute greatest belly-laugh jokes in television.

7. Late Night With Jimmy Fallon. I'm not going to lie: if it were within the rules, I would have entered Fallon's show alongside Craig Ferguson's 12:30 Late Late Show and praised them together. I picked Fallon largely because I've seen more of it this year, but I consider both of these shows to be deceptively thoughtful, outrageously warm, mischievously joyful pieces of television that exist rather shockingly alongside a lot of very bad, very enervating celebrity-interview shows.

8. 30 Rock. Nothing made me feel better about TV this fall — more relieved — than loving 30 Rock again. After feeling in the spring that Liz was beginning to become the dummy Dennis Duffy always called her, I fell in love with the show all over again this fall as it allowed her to sometimes smile, sometimes be right, sometimes be happy, and sometimes be in charge of the show she's supposed to be in charge of, while still leaving her enough of a goofball to attend an important occasion in her Princess Leia gear.

9. Downton Abbey. Yes, there were a lot of truly ridiculous turns in the second season. Yes, there were some strange blind alleys that led to a sense that stories were being created only to be discarded. But in the Christmas special, I'll be darned if they didn't get me. The season-ender was still my swoon of the year.

10. The Big Bang Theory. Everything else, I can explain. Everything else, I can specify. This one I just ... like. It's morphed from a show about two dudes, their two dude friends, and a poorly defined girl to a show about four men and three women (which women might actually be its best part at this point), and while I can't call it as funny as Happy Endings or as big-hearted as Parks and Rec or as agile as 30 Rock, I like it. It amuses me. I look forward to firing it up on the DVR. It can certainly take missteps, but was there anything more happily, beautifully, celebratorily strange this year than Amy Farrah Fowler's tiara?