Accessibility links
Rape Case In India Provokes Widespread Outrage Rape is a problem throughout India, and a particularly brutal attack on a Delhi bus has sparked street protests and condemnation by members of Parliament. The victim, a 23-year-old woman, is battling for her life. 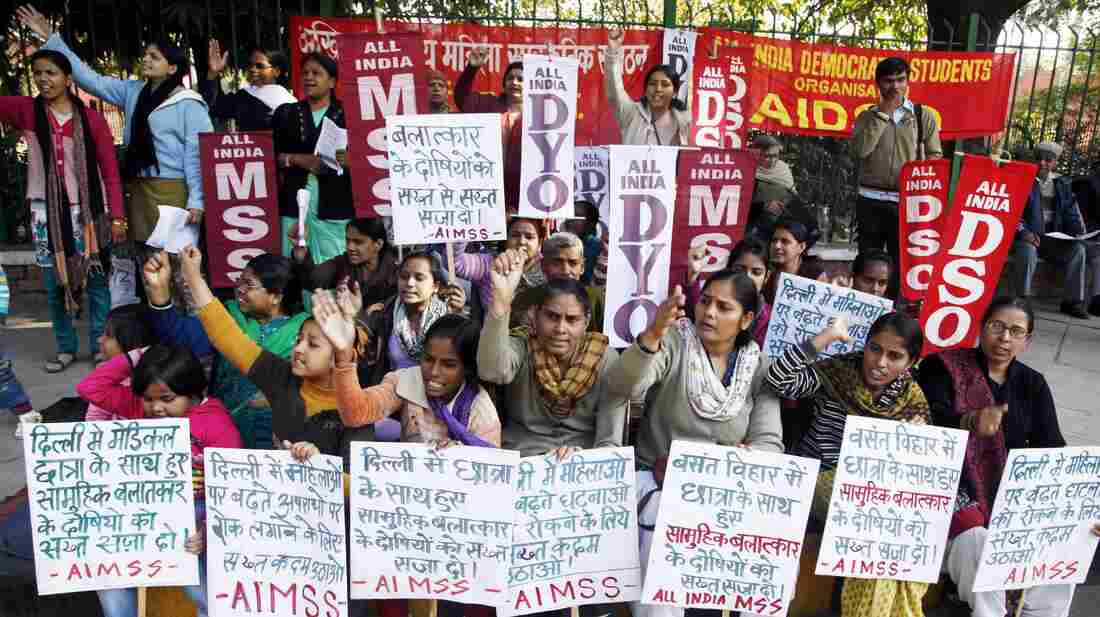 Indian women and children in New Delhi stage a protest Tuesday to condemn the gang rape of a 23-year-old student on a city bus. Anindito Mukherjee/EPA/Landov hide caption 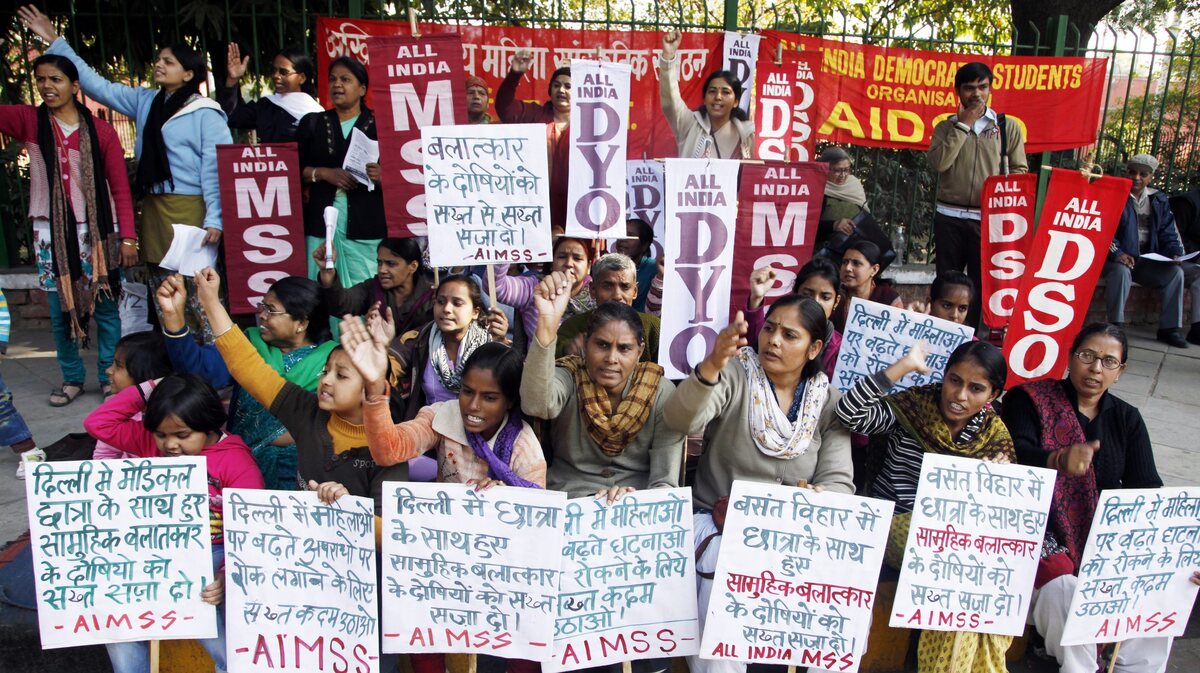 Indian women and children in New Delhi stage a protest Tuesday to condemn the gang rape of a 23-year-old student on a city bus.

The gang rape of a young woman on a bus in Delhi has touched off outrage and soul-searching in the increasingly unsafe Indian capital.

Spontaneous protests have erupted, while anguished members of Parliament decried the attack.

The 23-year-old victim, meanwhile, is at the Safdurjung Hospital in Delhi, her life hanging in the balance. Doctors say she sustained internal injuries to her intestines and that she seemed to have been beaten with a blunt object. The brazen attack Sunday night was a worrying sign for Delhi, which has gained a reputation as the rape capital of the country.

The young woman, a physiotherapist, and a male friend had just come out of a movie theater. They boarded the fateful bus, a private bus driven by six men reported to be on a drunken joyride through the streets of Delhi.

Media reports say that the men taunted the young woman for being out at night, and when her friend intervened they set upon him with an iron rod.

When the woman fought back, authorities said, the men decided she "should be taught a lesson." She was reportedly passed to the front of bus where at least four men took turns raping her.

Following news reports about the attack, Parliament members across the spectrum rose to condemn the crime.

"People say that capital punishment should be done away with," she said. "But you tell me: This young woman is now struggling between life and death. And if she survives, she'll be like the walking dead. Shouldn't her assailants be hanged?"

Ranjana Kumari, director of the Center for Social Research, says there are 40,000 cases of rape pending in India.

Kumari says the current laws "provide enough room for punishing the people from seven to 10 years to [their] whole life in jail."

There were more than 24,000 cases of rape reported in India last year. More than 500 of them were in Delhi. Kumari says a prevailing paternalistic attitude toward women is at the heart of the country's sexual violence.

"We need to have every man and boy realize that this is totally wrong," Kumari says. "It's a value system that needs to be created in our society."

Delhi resident Sanjiv Chhiber is angered at the state of the city that leads the nation in violent sexual crime.

Chhiber, the father of a daughter, went to the locked gates of the police station where four of the six accused are reportedly being held.

"People here are not men," he says. "For them, they hide their women in some obscure village of theirs, they see a decent woman hanging around, they rape her. And all the politicians and the policemen, they all are culpable."

Amid this political firestorm, Sonia Gandhi, the leader of the governing alliance of parties, reportedly paid a visit to the victim on Tuesday night.