Accessibility links
Movie Interview - Naomi Watts, Star of 'The Impossible The 2004 Indian Ocean tsunami touched people in all corners of the globe. In The Impossible, Naomi Watts plays a tourist whose family is torn apart when the disaster strikes. She speaks with NPR's Melissa Block about waterborne work, and about her own fear of the sea. 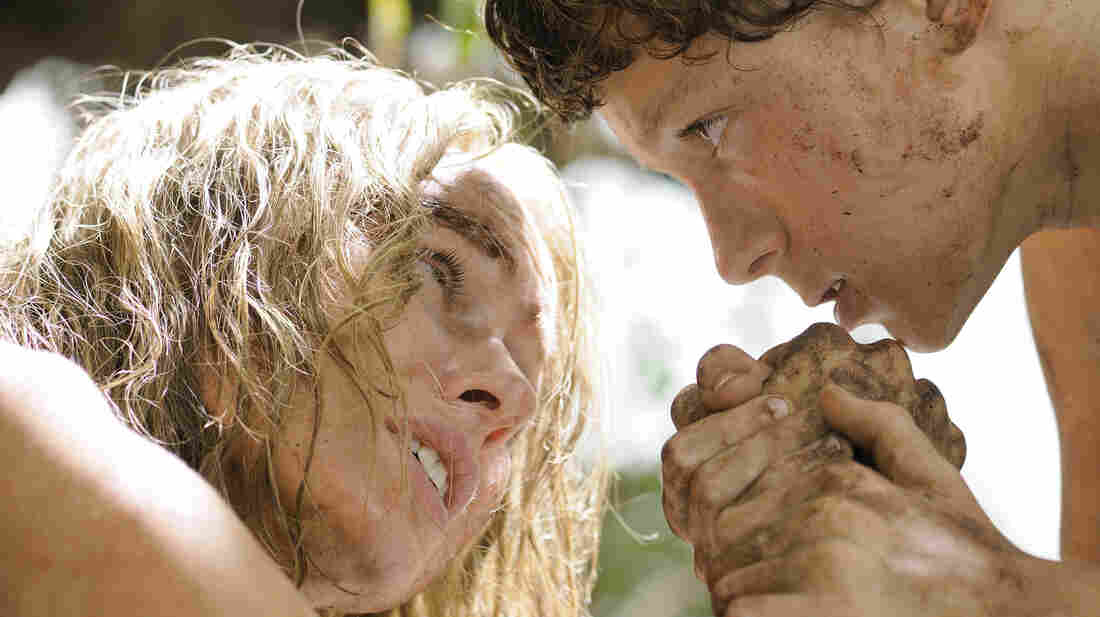 Maria (Naomi Watts) and her family, including her son Lucas (Tom Holland), fight to survive when they are caught in the 2004 Indian Ocean tsunami. Jose Haro/Summit Entertainment hide caption

The Impossible, a feature film opening Dec. 21, is about a family swept away by the 2004 tsunami in the Indian Ocean. It's based on the true story of a Spanish family.

In the movie, they're British — a couple and their three young sons, on vacation in Thailand. It looks like paradise. Then, the earth trembles, and the ocean roars in, bringing with it catastrophe and heartbreak.

The mother is played by Naomi Watts, who spoke with NPR's Melissa Block about the film and its retelling of a grimly familiar story.

On filming the tsunami sequence

"We spent four weeks in that tank, which became the wave and the current, and it was not only terrifying, but unbelievably exhausting. You know, every single day in there. Everyone knows that working with water is — is a very difficult thing. Well, it certainly lived up to its reputation, and then some." 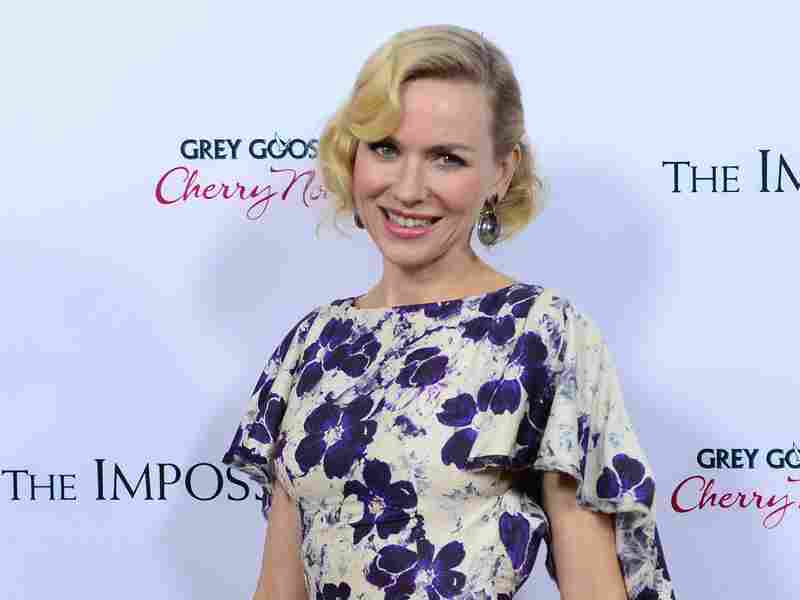 Naomi Watts has won acclaim for her dramatic roles in films such as Mulholland Dr. and 21 Grams. She has been nominated for a Golden Globe for her performance in The Impossible. Frederic J. Brown/AFP/Getty Images hide caption 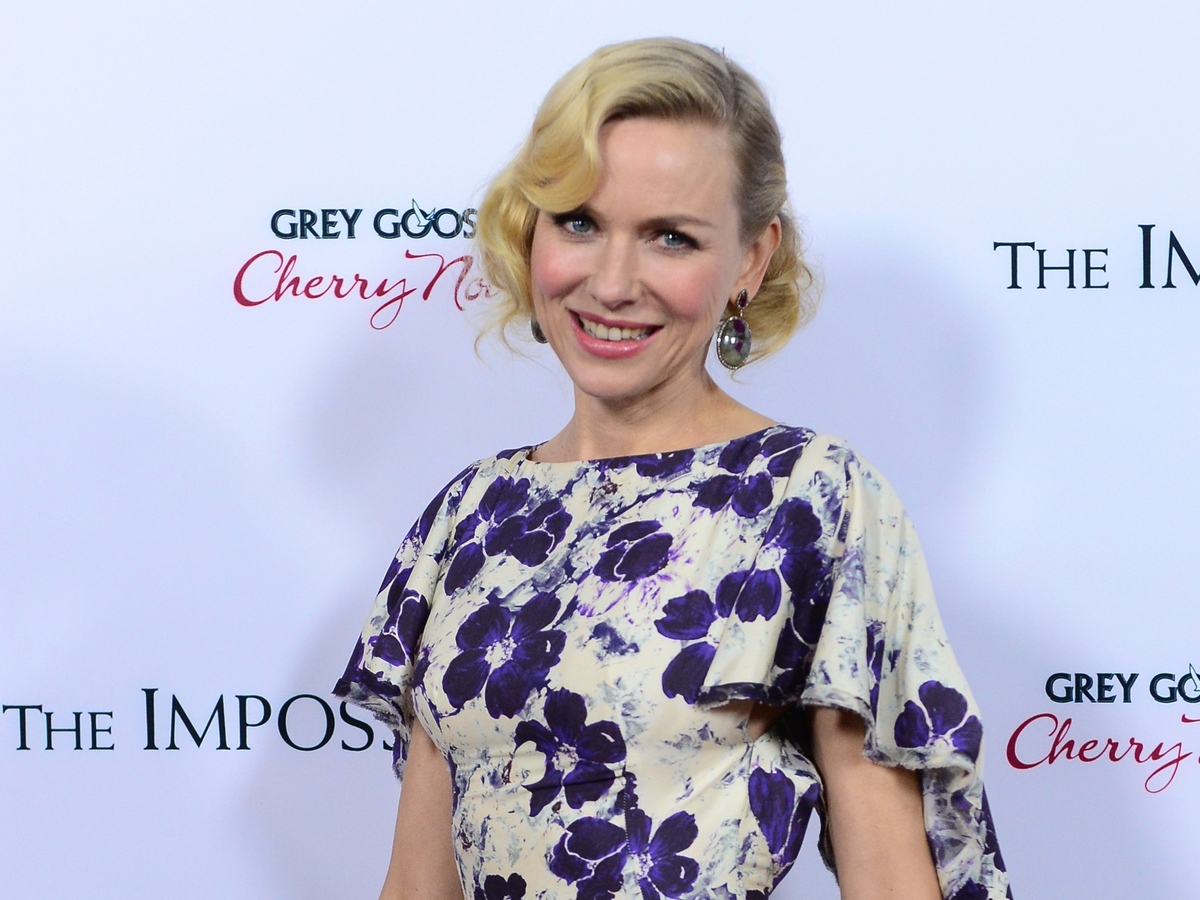 Naomi Watts has won acclaim for her dramatic roles in films such as Mulholland Dr. and 21 Grams. She has been nominated for a Golden Globe for her performance in The Impossible.

On her own fear of water

"When I was about 14, my family emigrated from England to Australia, and we decided to stop in Bali on the way through. And having grown up in England, we were not great swimmers and knew nothing about riptides. Anyway, we got caught in a riptide, and I didn't know what to do other than swim against it, and got to the point of exhaustion, and then just about gave up. But then my mother, somehow, miraculously found sand beneath her feet and just managed to pull me in. And so as a result of that experience, I've always been afraid of the waves and strong currents, so it's quite interesting that I ended up doing this."

On what appealed about the 'Impossible' script

"It came to me through my agent, and he said, 'There's a movie about the tsunami.' And right away I thought, 'Oh, gosh, that doesn't sound right.' You know, is it going to be a disaster movie and become something, you know, spectacular and cool? You know, that would be so wrong, given the amount of lives lost, and this is obviously a very delicate thing that affected so many people.

"Anyway, then they told me the filmmaker, and I — I loved his previous film, The Orphanage, and knew he was a proper filmmaker. So I read the script, it was sent to me, and right away from the first few pages, I knew I had to do it. I just loved the relationships, particularly between mother and son, and how that transformed and, actually, reversed roles in terms of ... him feeling responsible for me, which is something you never want for your child."

On the badly injured tsunami survivor her character was based on

"Maria was always the fighter and always full of courage. When she spoke to me — and we spoke at great length before the movie, during the movie — there was an open dialogue. And she spoke in very articulate ways about how she felt connected to her center more than ever before, and decision-making became really quick and easy. And you couldn't think about the future, you just had to know what to do in that exact moment.

"I had to get into her mindset to play that role and know what it was that she was feeling. Every beat, every moment. And she was incredibly helpful. I mean, every time you play a live character, a real-life character, you — it comes with a certain kind of pressure. And in this case it was the pressure of getting it right and [being] as exact or accurate as possible. Because, given the level of suffering that she went through — and then on top of that the responsibility of telling the story right for all those who lost loved ones or those who lost their lives — that's a big responsibility."

On the film's focus on European rather than Asian victims

"A huge portion of those people that died were tourists. But yes, a lot of them were Thai as well. The thing is, this is not — we couldn't possibly fit all these characters in, and it was really about the family and their experience of it. ... All those years back, when I was watching the news play out, as pulled in as I was, and affected by it, I don't think I understood it. And I think making the film helped me understand it on a much broader scale, including all the others as well."

"There must be a thread in everything I choose to take on, and I can't say it's a calculated thread, but I think you end up doing the work that's resonating with you. And, yeah, that's probably what this was about. There's certainly a sense of loss in me that will always be there, and I think the work is something that helps you get closer to understanding it.

"I think it's good to explore it. I don't feel bad about that. ... I mean, I think everyone has a sense of — has a dark side, has a — carries some sort of pain with them. And I find it fun to crack it open and go there."