Accessibility links
Next In Line For A Fracking Boom, California Looks At The Rules The state is known for its tough environmental rules, but it has largely ignored hydraulic fracturing until now. Though California's concerns are like those of many other places, there's also the question of how the growing fracking industry might affect earthquakes. 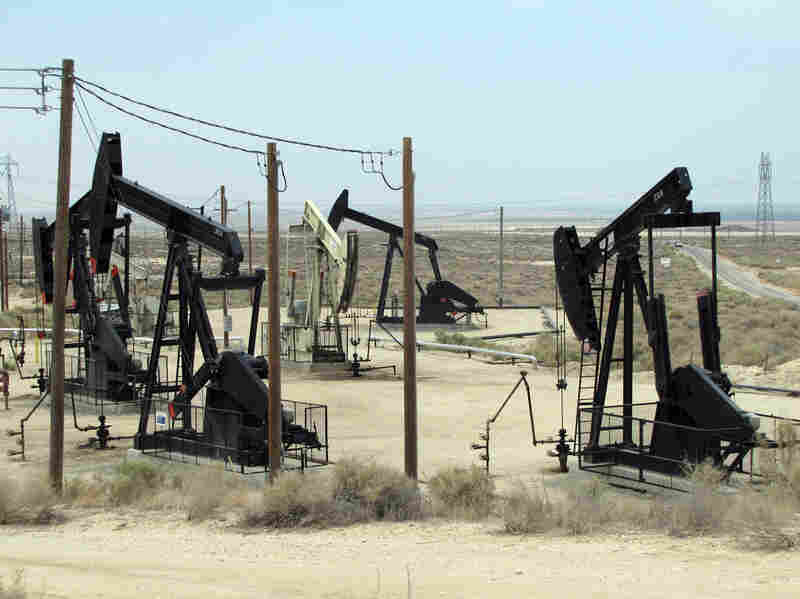 Most hydraulic fracturing in California is done to extract to oil in areas like this field in Kern County. The state is drafting fracking regulations for the first time. Craig Miller/KQED hide caption 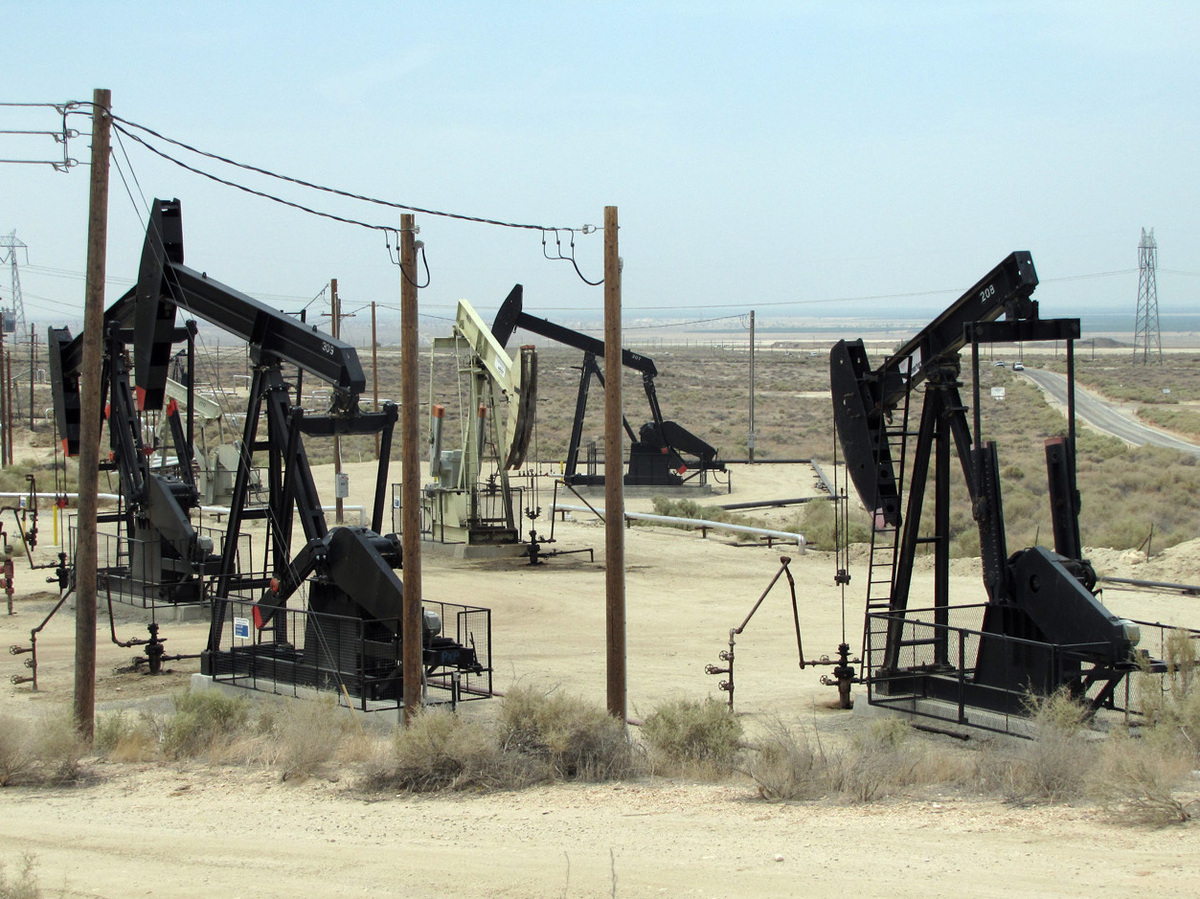 Most hydraulic fracturing in California is done to extract to oil in areas like this field in Kern County. The state is drafting fracking regulations for the first time.

The controversial drilling technique known as hydraulic fracturing has created an oil and gas boom around the country. In states like Texas, Pennsylvania and Colorado, there's been heated debate about rules that protect groundwater and public health.

California is now wading into that arena with the release of the state's first fracking regulations. The state's earthquake-prone geology, however, could bring particular concerns.

Fracking itself isn't new. The technology behind it, though, has changed.

"We don't do things the way we used to do them," says Ben Shepperd, who heads the Permian Basin Petroleum Association, a regional trade group in West Texas.

"In the '20s, a frack job was once you drill a hole, you drop TNT down the hole and crack the rock that way. That was an old-fashioned frack job," he says standing next to a towering rig that's drilling a new oil well on the outskirts of Midland.

Fracking technology has come a long way. Oil companies now drill horizontally underground along a layer of oil-saturated shale rock. Then they crack the rock by injecting water mixed with sand and chemicals at high pressure.

The West Texas oil industry went bust 30 years ago, but it's currently booming. Shepperd says companies are spending $1 billion a month on drilling in the region.

Next in line for a fracking boom could be California, which is sitting on one of the largest shale oil resources in the country.

The state's newly proposed rules are similar to others' in many ways, he says. Drillers would have to pressure test wells and monitor them during and after fracking. But there are new requirements, like looking for old oil wells around fracking sites that could create leaks. "So we are leading in a number of these areas," he says.

Not everyone agrees. "I think we were late to this game," says Bill Allayaud of the non-profit Environmental Working Group. He says just a few years ago, California state regulators were slow to admit that fracking was going on at all.

Drillers weren't required to report fracking to the state, but under the proposed rules, they would be. Regulators would then make that information public online.

But Allayaud says landowners near oil wells would have to keep checking that website, because oil companies wouldn't be required to contact them directly.

"Why not?" he asks. "If this stuff is so safe, you're saying you're not polluting anyone's groundwater, let them know in advance so if they want to do their own water quality testing, more power to them."

Like in other states, drillers would have to say what chemicals are in their fracking fluid — unless it's considered a trade secret. Tupper Hull of the Western States Petroleum Association says that information is propriety.

"There's a reason we protect trade secrets and it's not to benefit oil companies," he says. "It's to benefit consumers and to ensure we've got a very competitive marketplace."

Recently, though, concerned lawmakers in Texas have said their trade secret rule is so heavily used, it's become a loophole.

And then there's one more issue: "It takes a big fault to make a big earthquake," and California has plenty of those, says Mark Zoback, a geophysicist at Stanford University.

The risk of a big earthquake from fracking itself is relatively low. But there could be an issue with the fracking wastewater. Drillers often dispose of it by injecting it underground, which builds up pressure.

California regulators say the fracking rules don't address that because it's handled in existing wastewater rules, but Zoback says the state will have to increase its scrutiny.

California's geology is so complex, says Zoback, that safety has to be considered on a site by site basis.