Accessibility links
'Lost Jews' Of Colombia Say They've Found Their Roots Raised as Christians, they say their ancestors were Sephardic Jews expelled from Spain more than 500 years ago; they now practice Orthodox Judaism. Similar cases have turned up in other countries in recent years.

They are called "crypto-Jews" or "lost Jews," and in recent years they have emerged in remote places as scattered as India, Brazil, the American Southwest and here in Colombia.

They were raised as Christians but believe they have discovered hidden Jewish roots, prompting many to return to Judaism. Many say their ancestors were Sephardic Jews expelled from Spain more than 500 years ago, as the Spanish crown embarked on a systematic persecution of Jews.

Fleeing for their safety, some wound up in the rugged northwest of Colombia, a region of tradition-bound towns long associated with fervent Catholicism.

But these days, at the small, whitewashed synagogue in Bello, a working-class town next to Medellin, dozens of men and women chant prayers in Hebrew.

Their leader, Elad Villegas, 36, says he and others had long felt a bond to Judaism, one they began to explore a few years ago.

"It was like our souls had memory," he says. "It awakened in us a desire to learn more: Who were we? Where were we from? Where are the roots of our families?"

The inescapable pull of their ancestors, people in Bello say, led dozens of families that had belonged to an evangelical church to join Villegas as he began the long and difficult conversion to Judaism.

Some of them, like Meyer Sanchez, 37, say it was not easy, particularly the arduous conversion to Orthodox Judaism. 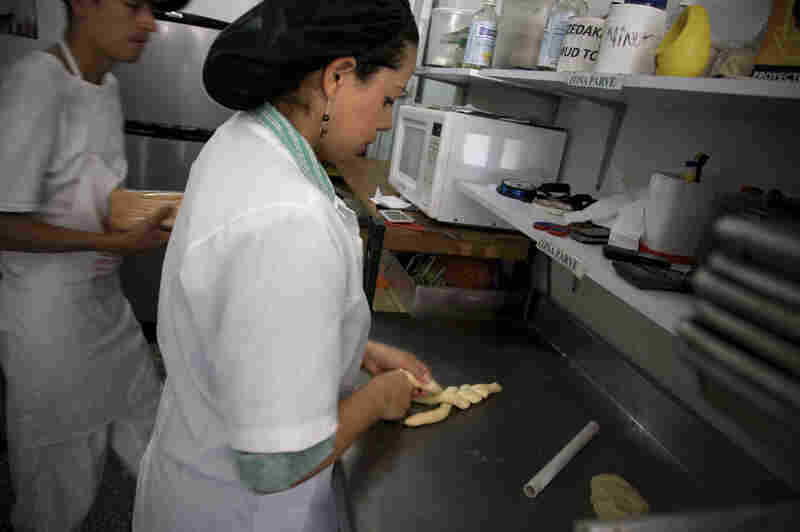 Galit Zapata, a member of the Jewish community in Bello, prepares bread in the family's kosher bakery. Paul Smith for NPR hide caption 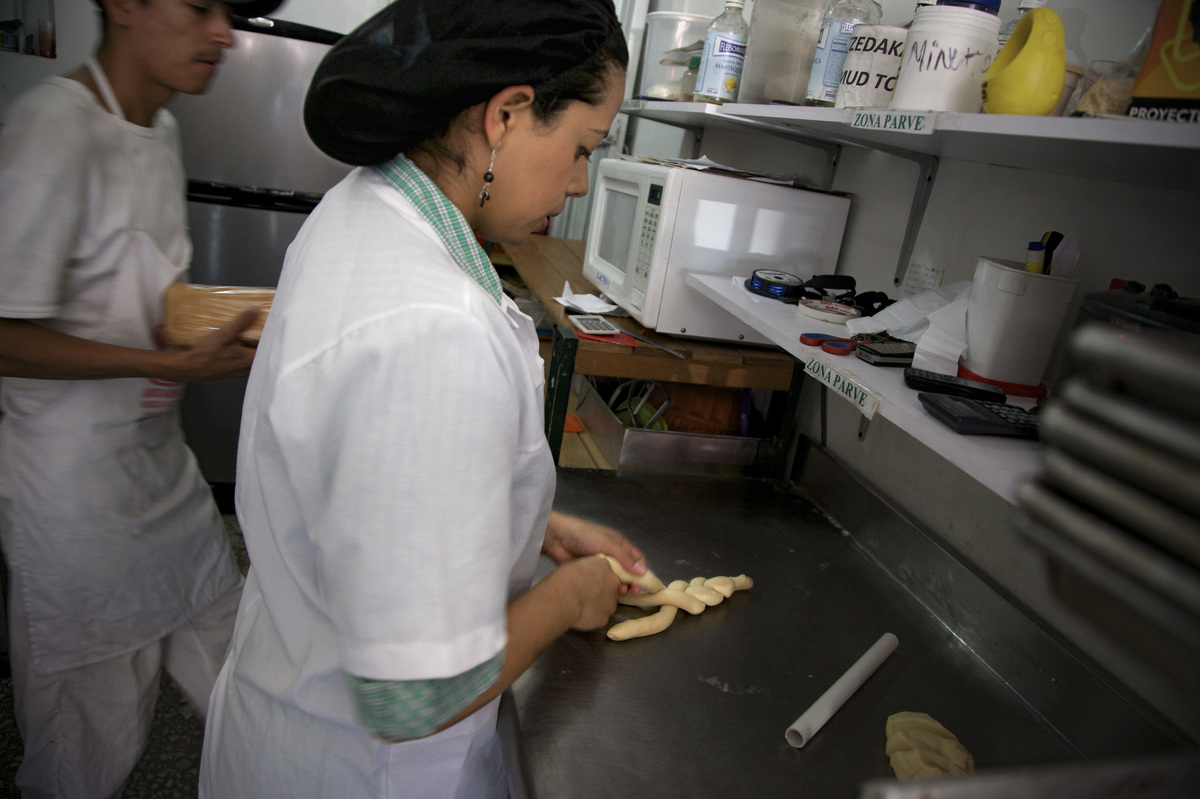 Galit Zapata, a member of the Jewish community in Bello, prepares bread in the family's kosher bakery.

Tracing Their Ancestry To Spain

Hundreds of years ago, on the Iberian Peninsula, Jews converted to Christianity to cloak their real identities. The Inquisition was at the height of its fury. They were known as Marranos, or Anusim, and some eventually made their way to Colombia, a country not known for its Jewish culture. Today, only about 7,000 Jews live here, spread across six cities.

"These people, the Anusim, would inevitably flee to those locations," says Michael Freund, who directs Shavei Israel, a group in Jerusalem that helps hidden Jewish communities. "They were usually among the first to do so, in an effort to get as far away from the Inquisition as possible."

In Colombia, the converted Jews founded towns and gave them biblical names, like Jerico. And some of the given names they handed down point to a Jewish past.

"They are people who call themselves Catholic but have names like Isaac, Ruben, Moises, Israel, Gabriel," says Memo Anjel, a professor at the Bolivarian University in Medellin who has studied the region's Jewish past. "And then there are also the women's names — Ruth, Lia, Clara, Martha, Rebecca."

With the years, they assimilated and their historical consciousness subsided — though that was not the case for everyone, says Freund.

"There are still people there who cling to the remnants of that memory and cling to what is left of that identity, and now want to make it their own," he says.

Ezra Rodriguez, 33, is one of those who sought to connect with his past.

Though initially a Christian evangelical, he'd long wondered about Jewish ancestors, in part because of nearly imperceptible rituals he saw among older family members.

"Before I converted, when I began to study Judaism and Jewish traditions, I began to notice those things in my family," says Rodriguez, who spoke on a recent afternoon as his son, 4-year-old Yoetzel, played in an apartment decorated with pictures of Orthodox Jews praying at the Western Wall in Jerusalem.

"My grandparents had unusual customs even though they called themselves Catholic," Rodriguez says.

They refused to eat pork, for instance. His grandfather would also wear a hat at all times, even in church.

And in the countryside where they were from, there were other signs of Judaism. Like the ponchos the farmers wore, with their untied four corners. They're nearly indistinguishable from the prayer shawls — the tallits — worn by devout Jewish men.

There were also old homes that contained mikvahs — baths used by Jews for ritual cleansings.

There is another piece of tantalizing evidence about the region's Jewish roots, one discovered in 2000.

That was when the University of Antioquia did a study that showed that 14 percent of the men in the state had genetic markers in their Y chromosome that showed an ancestral tie to the Cohanim, a priestly Jewish cast that goes back three millennia to Moses' brother, Aaron.

Geneticist Gabriel Bedoya explains that there are other genetic markers he did not study that might also demonstrate Jewish heritage.

"There should be even more Jewish ancestry here," says Bedoya, who wants to carry out another, more extensive study.

These days in Bello, it's not hard to decipher the Jewish influence — the new Orthodox Jewish influence. Men in skullcaps stroll the streets. The women cover their heads and wear dresses to their knees. There's an afternoon Hebrew preschool, and a kosher bakery.

The bakery is run by Shlomo Cano, who used to be Rene Cano, when he was a Christian. But he'd visited Israel, and had also played saxophone in a band that performed Jewish songs for Medellin's traditional Jewish community. And so little by little, he'd started to feel the pull of Judaism. He explains it as a spark, which led him to a new religion that made him feel comfortable.

"It all began to snowball from there," he says, speaking of his journey to Judaism. These days, he and his family pray daily; on a recent afternoon, his wife, Galit, leads the chants.

They are working hard to raise their small children, Baruj and Gabriela, as observant Jews. Cano says it all feels right to him.

"We've discovered our roots," he says, "and we refuse to disappear."