Accessibility links
Is The Border Secure Enough To Tackle The Immigration System? "Secure the borders first" has been the cry from Republicans in Congress before they'd agree to comprehensive immigration reform. That stance seems to be changing, as some experts say demanding border security first is backward. 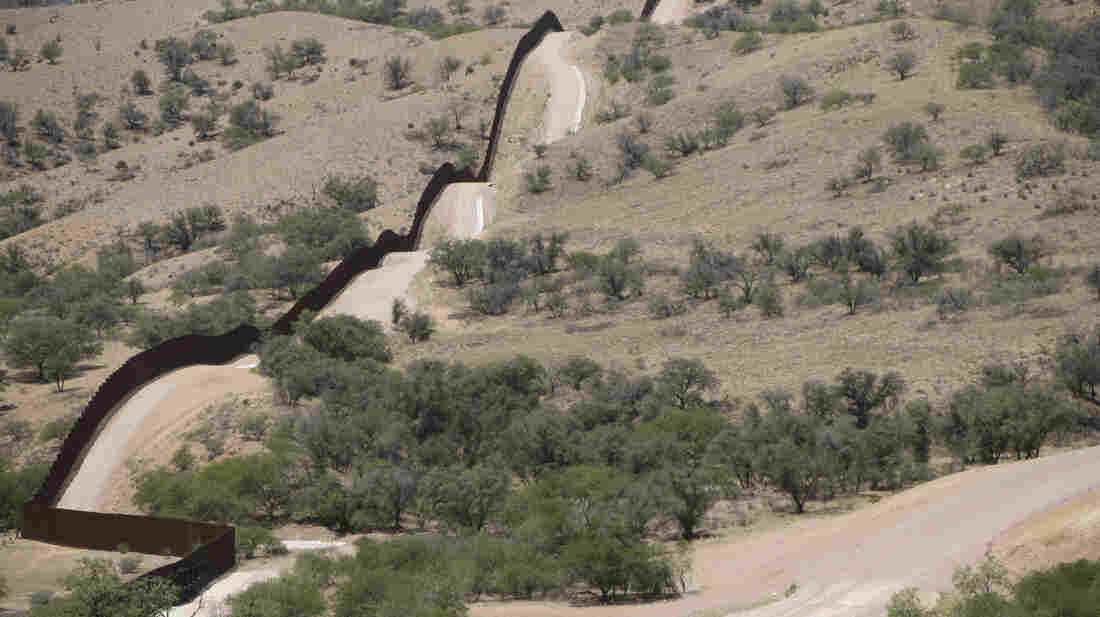 A hilltop view of the 18-foot fence along the U.S.-Mexico border west of Nogales, Ariz. Ted Robbins/NPR hide caption 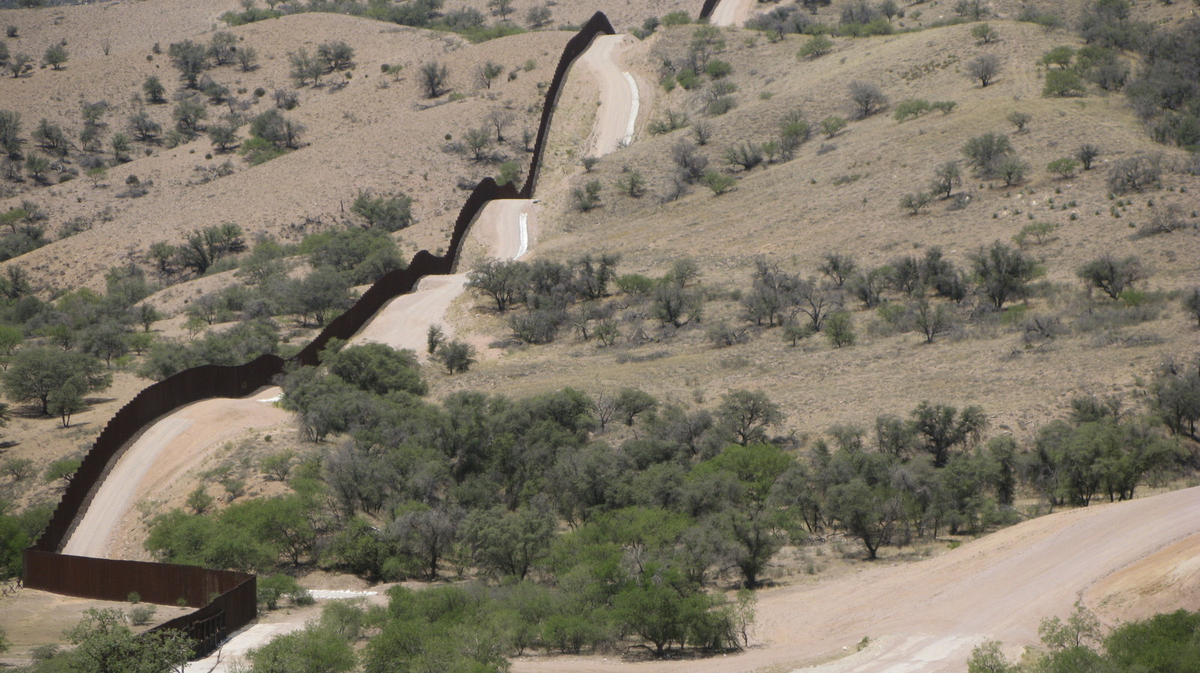 A hilltop view of the 18-foot fence along the U.S.-Mexico border west of Nogales, Ariz.

The government has constructed some 700 miles of fencing and vehicle barriers. It has placed thousands of ground sensors, lights, radar towers and cameras along the border. And Customs and Border Protection is now flying drones and helicopters to locate smuggles and rescue stranded immigrants.

So here's the question: Is the Southwest border secure?

The number of illegal crossers apprehended is at a 40-year-low, which can be partly attributed to a weak U.S. job market and improving economy in Mexico. Drug seizures continue near historic highs and violent crime in border cities on the U.S. side has gone down.

Homeland Security Secretary Janet Napolitano says all those facts are indicators of progress in the right direction.

"If I were a police chief of a major city and I came in and I said we had reduced crime in four years by 70 to 80 percent, people would say, 'That's a great job. You're a great police chief,' " she says. "If you took that and you applied it to what's been going on along the Southwest border, you'd have to say objectively the same thing."

People come for work without visas because they can't easily get visas. Employers who need guest workers say it's a long, frustrating, costly process to get the workers.

Here's an analogy: Imagine immigration, especially from Latin America, as a two-lane residential street with a 20-mile-an-hour speed limit. Over the decades, it's grown to an eight-lane superhighway. But the speed limit is still 20 mph. That is, visas for needed workers haven't risen along with the traffic.

"If you want to keep it at 20 miles an hour, you have to put a cop every 20 feet. And that's what the 'secure the border first' people are in effect trying to do," says Daniel Kowalski, a Texas-based immigration attorney and editor of Bender's Immigration Bulletin. He says demanding border security first is backward.

"You need to line the border with border patrol, shoulder to shoulder, and that's just the wrong way to do it," he says. "It's too expensive. It's easier to fix the numbers, rather than militarizing the border."

Because the immigration system is so byzantine, up to half of the estimated 11 million people illegally in the U.S. came in legally, then overstayed their visas. No amount of border security would have stopped that.

How Can Security Be Measured?

Congress still wants to know whether all the resources along the border are working. There is no single objective measure of border security.

Until two years ago, the Department of Homeland Security used something called "operational control," which Arizona Republican Senator-elect Jeff Flake wants the department to keep using.

"In essence, it basically means if someone sneaks across, you have a reasonable expectation of catching them," Flake says. "We're talking about something that is achievable and measurable."

The House has passed a bill requiring DHS to use operational control, but the department says it's obsolete. The measure only counts territory where actual Border Patrol agents are located.

DHS says something it calls the Border Security Index will take into account other things as well: areas covered by technology, air power, the rate of violent crime.

It's been nearly three years since that new index was announced and it hasn't been implemented yet. Even the Government Accountability Office said last year that DHS needs to do a better job of reporting its effectiveness on the border. But, even taking that into account, almost everyone agrees the border is more secure than it was 20 or even 10 years ago.

Napolitano says people who demand complete border security before immigration reform are not being realistic.

"There's no border in the world that doesn't have some form of migration, legal and illegal," she says. "So saying it has to be zero is like saying we have to put the United States under some sort of Tupperware container and seal it off. That's not how our country operates."

Many lawmakers who've been blocking it now seem to realize that some sort of comprehensive immigration reform is necessary. The political reality is that more border security — or at least more accountability — is still likely to be part of any legislation.

A previous Web version of this story incorrectly drew the conclusion that statistics show the Southwest border is secure.