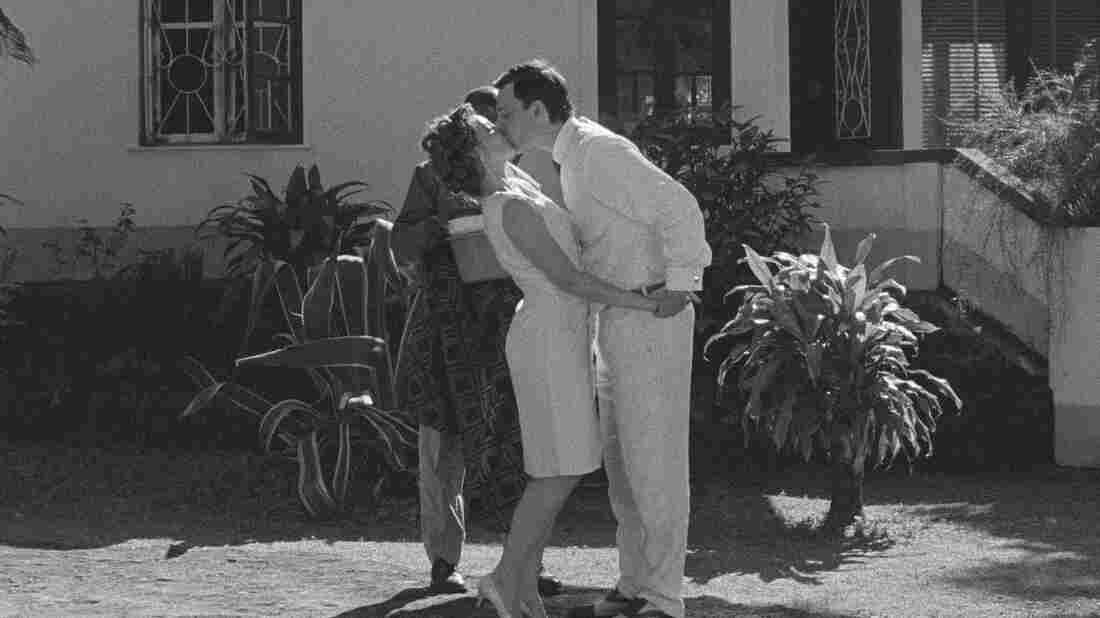 An old man recalls a love affair from his youth in Tabu. Adopt Films hide caption

In Portuguese with subtitles

Revolution can spring from the most personal acts. In Tabu, Portuguese writer-director Miguel Gomes spins a two-part tale examining love, loneliness and the power of memory. It starts in the present day but culminates at the start of the Portuguese Colonial War in 1961. The personal and the political are so hopelessly entangled that even the midcentury colonizers who populate the film's dazzling metafictional second half can't avoid influencing events — even when they are very much disengaged from colonial politics.

Before Gomes gets to the early '60s story that takes place at the foot of the fictional African mountain that gives the movie its name, he frames that story with a tale of present-day Lisbon. It concentrates on the middle-aged, unmarried Pilar (Teresa Madruga) and her relationship with her increasingly unhinged neighbor Aurora (Laura Soveral) and Aurora's maid, Santa (Isabel Munoz Cardoso). Aurora regularly gambles away her allowance from her absent daughter, and in the days surrounding New Year's, she claims Santa is holding her prisoner and practicing witchcraft, and in the end begins babbling about crocodiles on her deathbed.

Pilar is spending the holidays alone, as a Czech exchange student she was to house bailed on her during a deadpan scene of deception in the airport that's as sad as it is darkly funny. Pilar spends time with an artist friend, cries as he snores next to her in a movie theater, and is eventually drawn into Aurora's unfolding drama, as Santa sends her on Aurora's deathbed errand to find an old friend. That friend is a man named Ventura (Henrique Espírito Santo), who ends up relating to Pilar the romantic story of his past connection to Aurora.

Tabu is in black and white and presented in the boxy old academy aspect ratio of early cinema (the film shares a title with F.W. Murnau's final film, from 1931). And when the timeline shifts back 50 years for Ventura to tell his story, Gomes delves further into antiquated filmmaking techniques, making it into a semi-silent movie. Background noise remains but dialogue is inaudible, and the only words spoken aloud are Ventura's poetic remembrances of the affair he carried on with Aurora while she was pregnant with her husband's child. 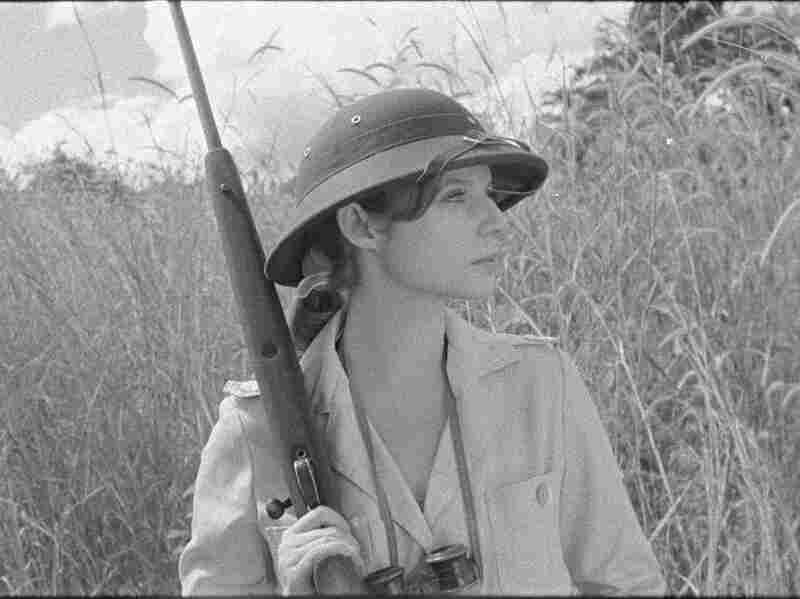 Santa (Isabel Cardoso) cares for an elderly woman as she slips into delusions, seeing her as a hunter, among other things. Adopt Films hide caption 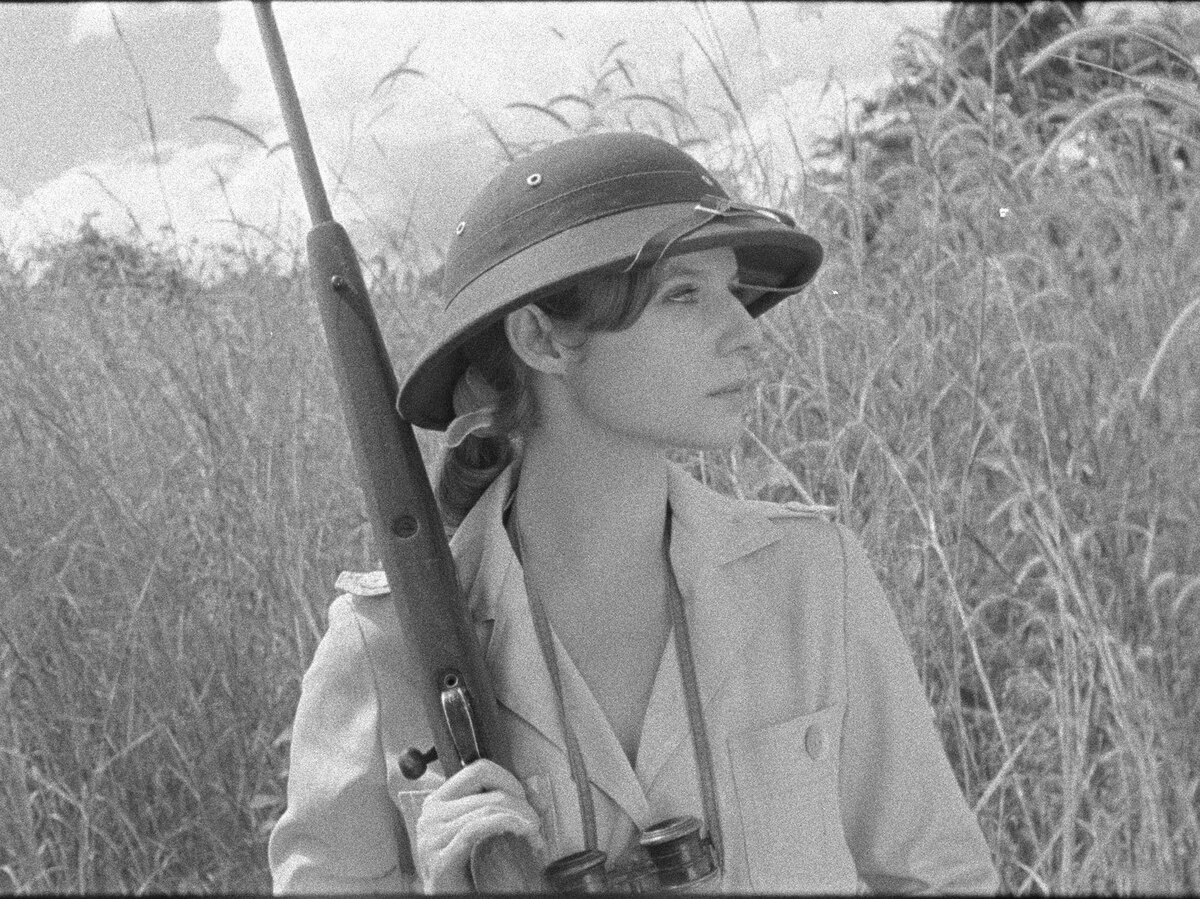 Santa (Isabel Cardoso) cares for an elderly woman as she slips into delusions, seeing her as a hunter, among other things.

This romanticism matches up with the passions of their affair, but Gomes is also interested in increasing the self-consciousness of the filmmaking and throws multiple devices at the viewer to highlight the artificiality of the storytelling as a means to truth. There are absurdist touches like a hunt for a mysterious beast, which when caught appears to be invisible in its cage. As the young Aurora and Ventura (Ana Moreira and Caroloto Cotta) imagine animal shapes in the clouds, Gomes superimposes drawings of the animals over their clouds. When Ventura's band plays the songs that give them a ticket out of Africa, the audio is old Phil Spector songs played by other bands — The Ramones in one scene, Malagasy vocal group Les Surfs in another.

Despite the distancing techniques, Tabu never feels academic or theoretical. Though we don't hear the young Aurora and Ventura speak, it's difficult not to get caught up in their romance. Even more impressively, Gomes sets their story against the backdrop of the colonial setting; the interchangeability of the black characters, who work mainly as servants and guides, is a statement itself on the way in which European colonizers took their territories and the indigenous people who lived in these places entirely for granted. The tensions simmering in the background eventually come together in an intersection that's both tragic and necessary, for both the impending revolution and the future of the two lovers. Few films are this smart about subtly couching their allegorical aspirations within more straightforward narratives; fewer still are able to do so with such energetically inventive virtuoso style. (Recommended)