Accessibility links
This Is What It Sounds Like When Two Women Cover Prince SNL alumna Maya Rudolph and musician Gretchen Liberum co-lead the cover band Princess. The duo had its television debut, with some help from The Roots, on Late Night With Jimmy Fallon this fall. 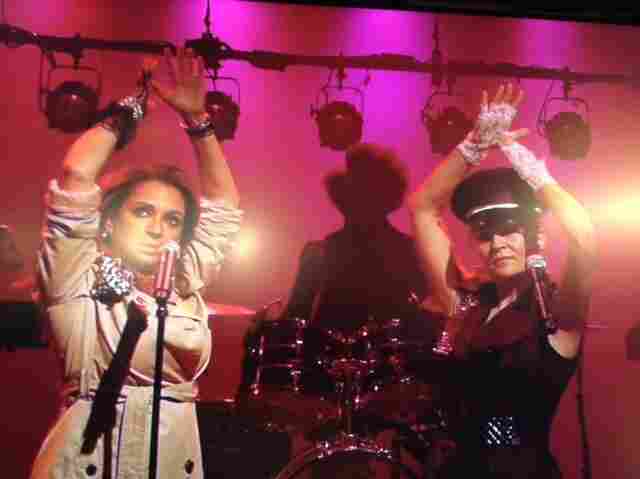 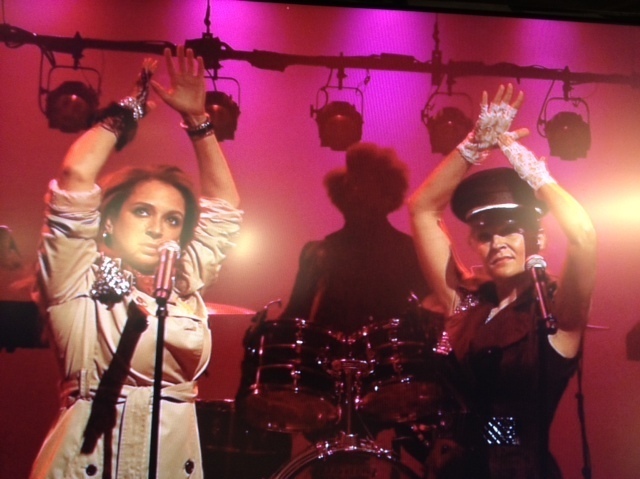 In the 1980s, few musicians matched the consistent brilliance and staggering fame of Prince. The Purple One earned legions of young fans back then, including one doting girl in California named Maya Rudolph — the same Maya Rudolph who would find fame herself as a cast member on Saturday Night Live and co-star of the film Bridesmaids.

Now, Rudolph is fulfilling a bit of a childhood fantasy. Together with her college friend Gretchen Lieberum, she's formed a Prince cover band called — what else? — Princess. The duo had its television debut recently on NBC's Late Night With Jimmy Fallon, with a little help from the show's house band, The Roots.

Rudolph discovered Prince at an impressionable age: She was 9 when an older cousin visited her family with a copy of the 1980 album Dirty Mind in tow.

"I remember dancing in socks, on the rug and on the bed. It was just the jammiest, funkiest, most exciting, interesting. ... I'd just never really heard that before," Rudoloph tells NPR's Guy Raz. "I fell in love with Prince when I saw Purple Rain, the movie. That's really what cracked it wide open."

Lieberum says her first exposure was similar: "I remember hearing 'When Doves Cry' for the first time and being like, 'What was that?!' " she says. " 'I'm scared and excited.' "

Rudolph and Lieberum met at the University of California at Santa Cruz, and, realizing their shared obsession, hatched the idea for Princess there. But Rudolph says that once she joined SNL, she barely had time for her family, let alone side projects.

"There were definitely years where it was just really hard to be a parent and to continue my lifelong dream of being on Saturday Night Live and living in New York," Rudolph says, noting that her schedule there essentially amounted to six and a half days a week. "The show ends on Sunday at 1 in the morning and you're a zombie. But I loved it. I was completely devoted. It's just hard to be completely devoted when you have an infant."

Rudolph left SNL in 2007, but stayed in contact with friends at NBC — including a producer who would end up working on Fallon and ultimately put her in contact with The Roots' bandleader, ?uestlove. To hear more of Rudolph and Lieberum's conversation with Raz — including a live demonstration of how they mimic Prince's backward vocals on the song "Darling Nikki" — click the audio link on this page.