Accessibility links
With Growth Of 'Hacker Scouting,' More Kids Learn To Tinker With the rise of the do-it-yourself movement, more groups are springing up to encourage kids to link crafts and science. Modeled on more traditional Scouting groups, kids and their parents meet up in tool-filled "hacker spaces" to build electronics and get creative. 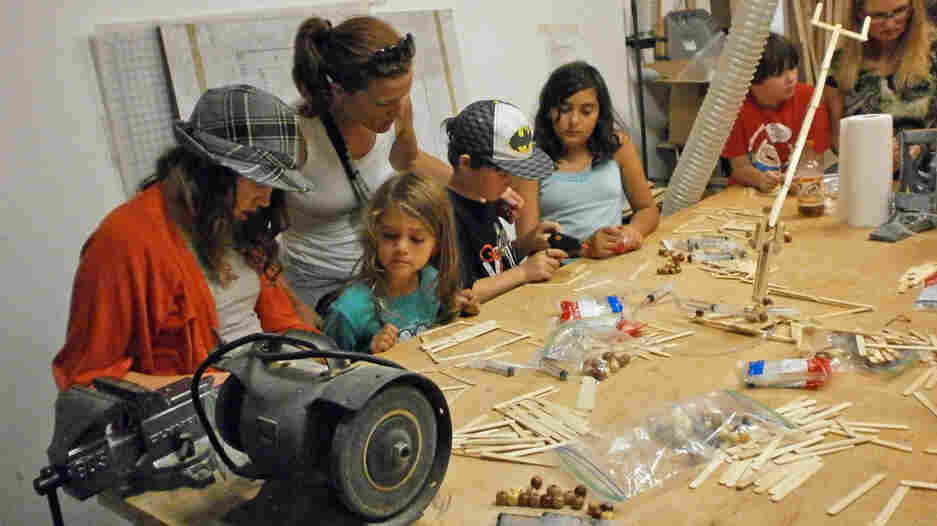 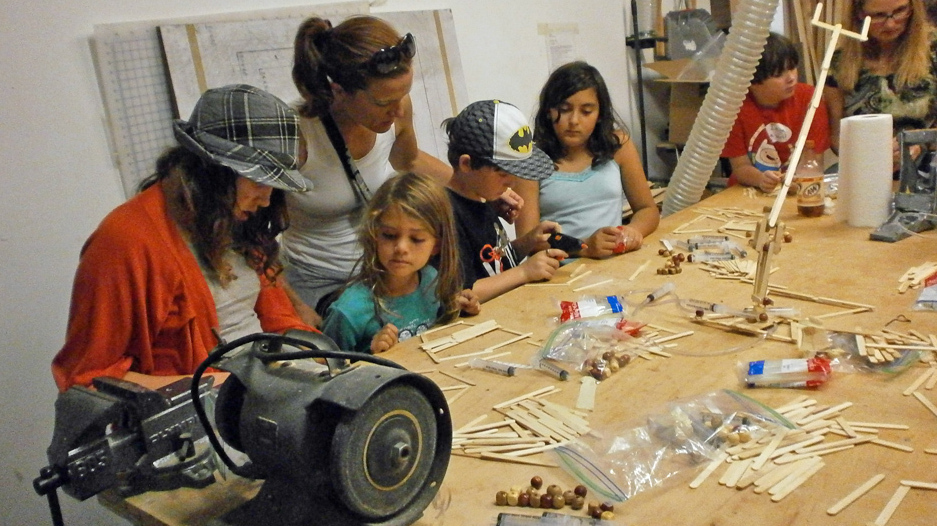 Kids build robots with Popsicle sticks at an Oakland meeting of Hacker Scouts, a group that encourages young people to create do-it-yourself crafts and electronics.

Countless kids have grown up with the Girl Scouts, the Boy Scouts or Campfire Girls, but for some families, the uniforms and outdoor focus of traditional Scouting groups don't appeal.

In recent months, Scoutlike groups that concentrate on technology and do-it-yourself projects have been sprouting up around the country. They're coed and, like traditional Scouting organizations, award patches to kids who master skills.

Ace Monster Toys is a hacker space in Oakland, Calif., where members share high-tech tools. Normally, grown-ups congregate there, working on electronics or woodworking projects. But two Sundays a month, the place is overrun by 50 kids and their parents for the gatherings of a group called Hacker Scouts.

The kids in Hacker Scouts are not breaking into computer networks. They make things with their hands, and at this particular meeting they are learning to solder and are building "judobots," small robots made out of wooden Popsicle sticks.

On this warm fall day, Alicia Davis, 10, is wearing a wool hat she knit herself. As her dad stands nearby, she sews an LED bracelet with conductive thread.

"I've been sewing on little felt pieces with this," Davis explains. "The battery will power the LEDs and light up. It's pretty cool." 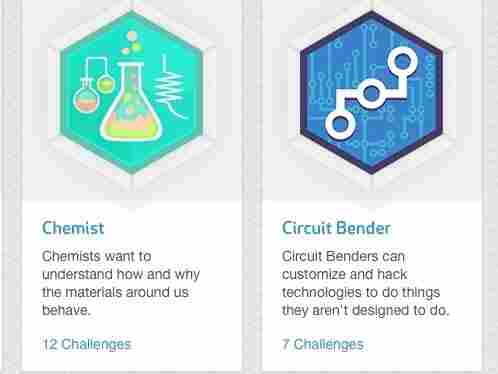 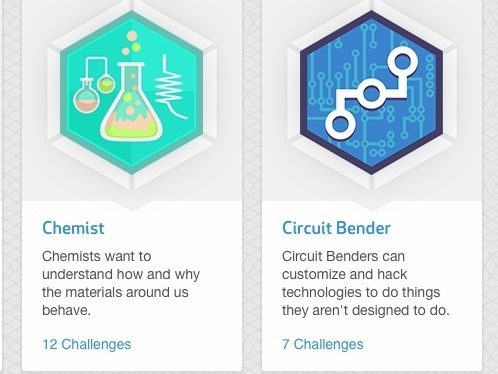 Crafting, Computers And The Physical World

Chris Cook, one of the parents active in organizing the Hacker Scouts, serves as president of the hacker space where the Scouts meet. He says the group has expressly targeted kids between the ages of 8 to 14.

"It's old enough where they're ready to start developing skills, [but] they're not so old that they've already been set in their ways," Cook says, "and they're more interested in what their peer groups are doing."

"So, we felt it's the right kind of time to expose them to how to craft with their hands — how to take things from a computer and put them into the physical world," Cook says.

The Hacker Scouts don't wear uniforms, but soon they'll be able to earn something akin to merit badges, made by the kid-friendly DIY electronics company Adafruit Industries.

Badges range from "learn to solder," "aerial quadcopter" and "high-altitude balloon" badges to the "Dumpster-diving" badge — "for when you get dirty but get some free stuff," explains Adafruit founder Limor Fried.

The thought of a bunch of Hacker Scouts Dumpster-diving may be unsettling, but recycling and repurposing are big with hacker groups. Grace McFadden, 11, of Madison, Conn., recently repurposed juice cartons into the soles of a pair of felt slippers, earning her a "salvager badge" from DIY.org, a new website for kids.

The site awards more than 40 badges for skills ranging from bike mechanic to "special effects wizard," and has started producing how-to videos for DIY projects, like a shoebox harp made from a box, a pencil and some rubber bands.

Kids Get Hands-On With Science In A 'Dream Garage'

"Right now, I really like making paper airplanes and origami," McFadden says. "I have a whole fleet of paper airplanes." She learned to make them, she says, using an app on her iPod and by looking online.

A Scouting Handbook For Young Hackers

There are now 32,000 kids registered with DIY.org, which plans to organize local clubs around the country. The website even has an animated anthem exhorting kids to "build, make, hack and grow."

The site's chief creative officer, Isaiah Saxon, says the group plans to create the digital equivalent of a Scouting handbook for mobile devices.

"We hope that people's smartphones are eventually the Swiss army knife of our movement," Saxon says. "And that you go out into the woods ... point your phone at a tree and peel it open [to] learn about the wood underneath."

Saxon also plans to offer visual guides and "amazing experiences on the fly through these powerful handheld computers," he says.

As these efforts take off online, the hacker Scout movement is also spreading around the country. Seattle now has a science-focused group called "Geek Scouts," and a couple of tribes — not troops — of "Maker Scouts" are being formed in Milwaukee and Charleston, S.C.