Accessibility links
Forget Fracking: 2012 Was A Powerful Year For Renewables The boom in fossil fuels hasn't undermined the growth of renewable energy sources. Tax incentives boosted the wind and solar industries this year, but 2013 might blow for wind. 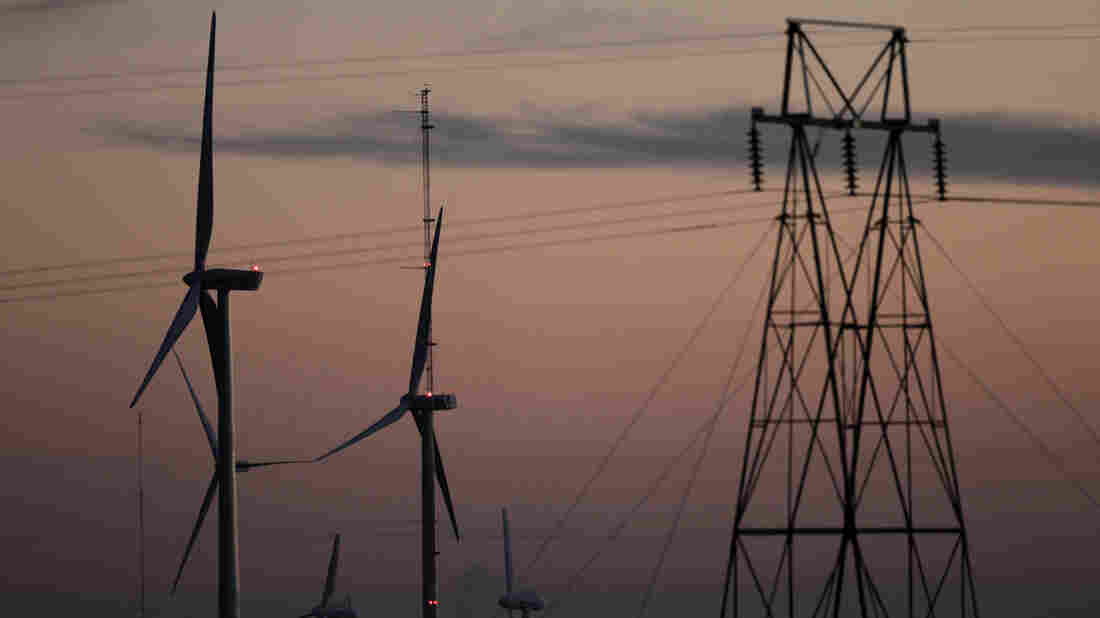 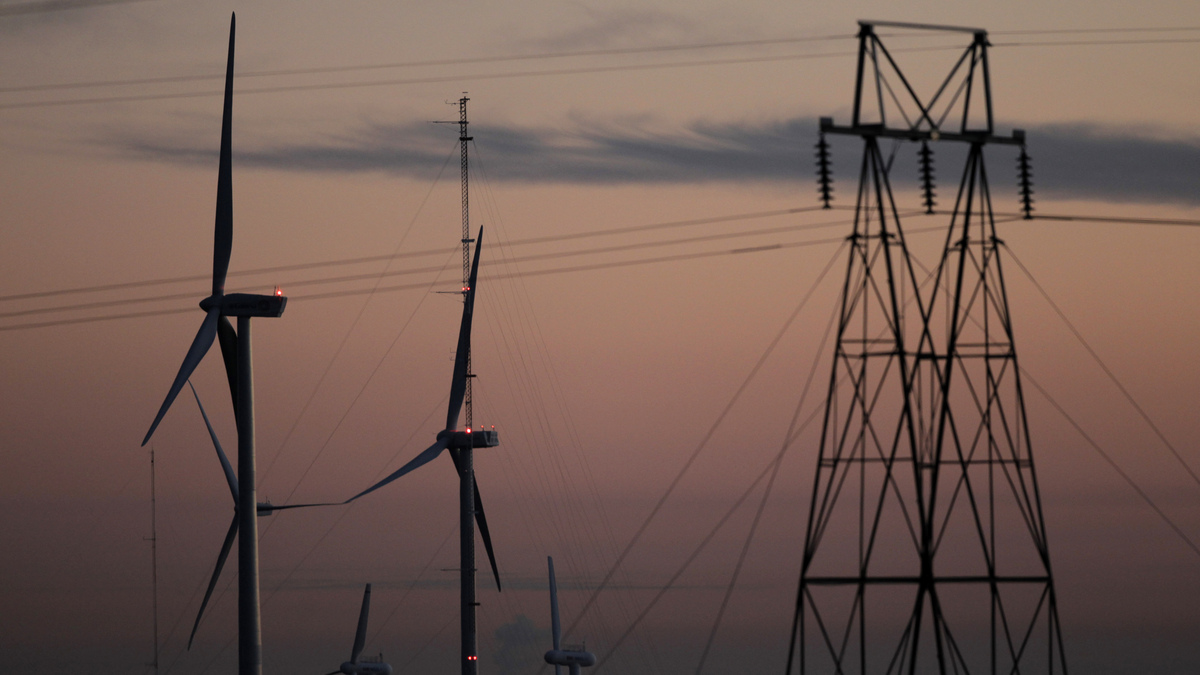 Wind turbines stand alongside an electrical tower at the National Wind Technology Center, run by the U.S. Department of Energy, outside Boulder, Colo.

In fact, while analysts were paying attention to fracking this year, a record number of solar panels were being slapped on roofs — enough to produce 3.2 gigawatts of electricity.

That sounds like a lot, but solar is still providing just .05 percent of the country's total energy. Still, the solar industry keeps expanding. Rhone Resch, who heads the Solar Energy Industries Association, said that's because solar panels are becoming cheaper to make and to install.

"Just to give you perspective," Resch said, "in Washington, D.C., where I live, when I installed solar on my house six years ago, the average install cost was about $14 a watt. Today it's about $4 a watt."

So if you're installing solar panels, business is good. But there's a flip side to that equation. Prices are low because of a global manufacturing glut. Solar manufacturers have the capacity to produce way more panels than consumers are asking for right now, and many panel producers are struggling.

The bulk of solar growth is happening at businesses; companies are installing panels on roofs so that they don't have to buy as much energy from the grid. State and federal policies are making that an easy decision for companies. Businesses who install panels can qualify for grants and tax breaks, and laws in 38 states require a certain amount of electricity to be generated by solar, wind and other renewable sources.

A Good Year For Wind Power, Too

Wind was up this year, too. The federal Energy Information Administration says the industry could add 1.2 gigawatts of capacity this year. Wind only provides a small portion of domestic power, about 3 percent.

Wind is on a strong streak with consumers as well, says Rob Gramlich, a vice president at the American Wind Energy Association. "Where we were serving the equivalent of 6 million homes at the end of 2008, we're serving 13 million today," he says.

In three of the last five years, wind has been the fastest-growing energy sector. That was the case in 2012, but this year's totals leave a bit of a false impression. There's been a flurry of activity in December, and in fact more than half of new wind farms will likely come online this month.

"The single-most reason for that is the tax support system which we all rely upon is expiring at year-end," explains Jim Spencer, the president and CEO of New York-based EverPower, which runs wind farms in Pennsylvania, New York, Ohio and California. "We really accelerated projects that might otherwise have been built next year."

The program — called a production tax credit — expires on Dec. 31. It allows companies that get their wind farms running before then to claim a 2.2-cent tax break for every kilowatt hour of energy produced. That might not sound like a lot, but it keeps their business costs down by about 30 percent.

So wind power is about to get 30 percent more expensive for the utilities at a time when natural gas is very cheap. That's bad news, Gramlich says.

"Utilities are looking at those prices. And they simply won't buy nearly as much wind power without that credit," he says.

The tax credit could still pass, likely as part of the huge bills all the "fiscal cliff" agreements will be stuffed into. A last-minute extension, however, won't help for 2013.

"It's really a black hole next year," says EverPower's Spencer. "We have absolutely no construction plans for next year."

So wind will slow down next year, but no matter what happens with natural gas, you can still expect growth in renewables, due to those state laws pushing alternative energy.

States are doing that because climate change scientists around the world agree that if we don't find a replacement for fossil fuels, our goose is cooked.