Accessibility links
Despite Tragedy, Conn. Gun Seizure Law May Have Prevented Others Since last week's shootings in Newtown, Conn., many people are wondering what could have been done to stop them. Connecticut already has some of the toughest gun laws in the country, including a gun seizure statute that was crafted with the goal of preventing this kind of tragedy. 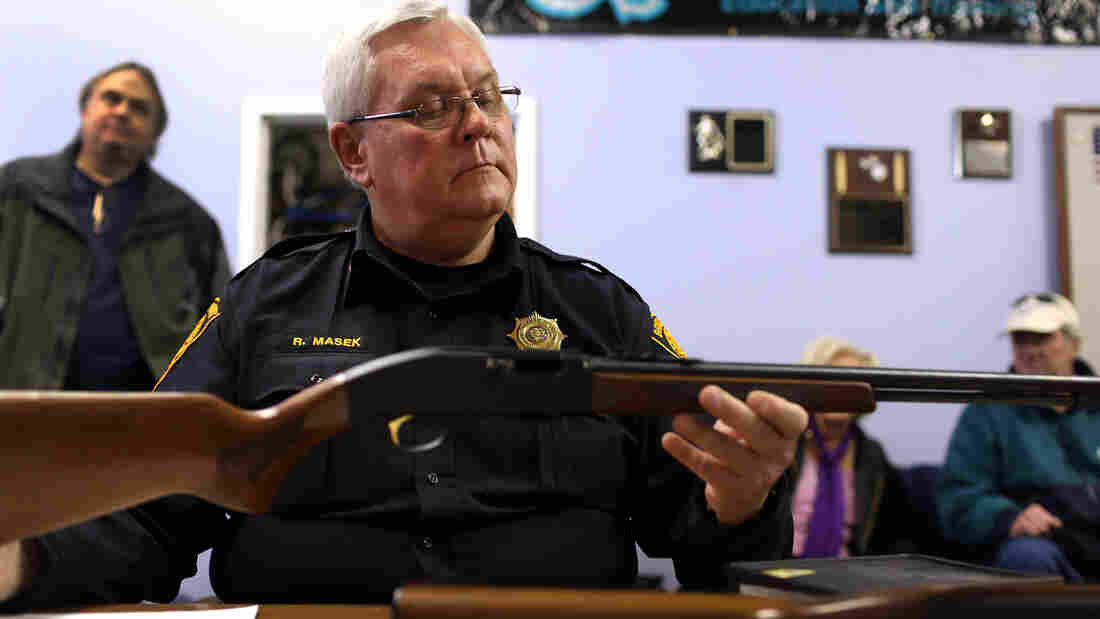 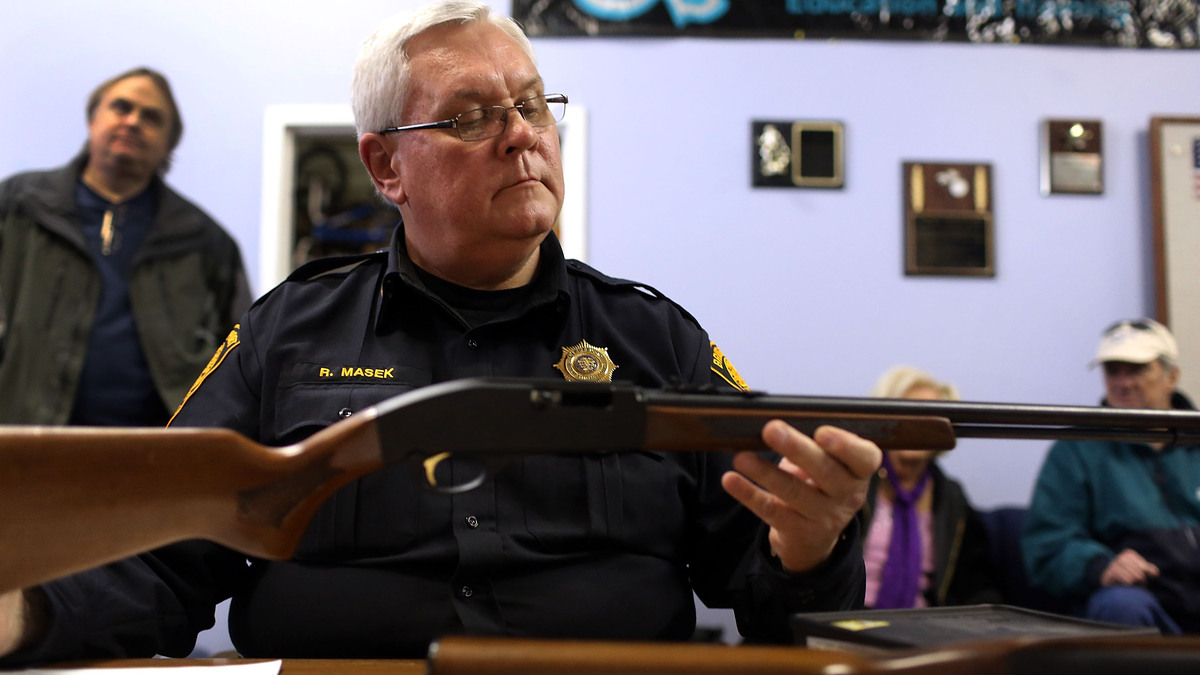 At about 8 a.m. on March 6, 1998, Matthew Beck arrived to work at the headquarters of the Connecticut State Lottery. He hung up his coat, walked into an office and shot the first of four victims.

Beck ended up killing a number of his co-workers and then took his own life in the parking lot when the police arrived.

Mike Lawlor, the Connecticut governor's criminal justice adviser, was a state representative at the time, and wanted to understand what led to the rampage. He learned that Beck had previously attempted suicide and owned a number of guns.

"When the police response was, 'He hadn't really broken any laws so there was nothing we could have done ahead of time,' " Lawlor says, "there was a void. There was a need to have a procedure that police could take to intervene and diffuse what was clearly becoming a very volatile situation."

About a year later, Lawlor and his colleagues enacted a law based on the idea that there can be warning signs. Now, when someone reports to the police they believe a gun owner poses an imminent danger to themselves or to others, the police can get a warrant to seize the guns — even if no law has been broken. The guns can be kept for a year, and the law also allows for a mental health evaluation.

Erring On The Side Of Caution

Bernard Krzynowek had his guns taken the first year the law went into effect. His sister, Christine, called the police when the two of them were having an argument.

"I had a pistol on my hip and for some reason she got all uptight and called the police," says the 70-year-old Krzynowek.

The police warrant says Christine told them her brother was in possession of guns and "was going to kill her and other relatives." The police seized 39 guns.

Krzynowek says he had the civilian version of the M16, a semi-automatic weapon, an M14 and about 45 pistols. He says he kept the guns for sport, hunting and protection.

Gun Control: 'Only Modest Change' In Opinion Since Newtown Shootings

Attorney Rachel Baird, who has represented about a dozen people who had their firearms taken under the gun seizure law, believes none of her clients presented any danger.

Baird says the law, as written, does a good job balancing second amendment rights with the protection of the community, but she says police and judges sometimes err on the side of caution.

"Who's going to take the risk?" Baird says. "What law enforcement officer or what judge is ever going take the risk that they received information like this and then do nothing about it?"

In the first 10 years after it was enacted, more than 2,000 guns were seized. The majority of the complaints were made by spouses. Lawlor isn't suggesting the law could have prevented the shootings in Newtown, but he believes it has prevented other crimes.

"Maybe it would have been just a suicide or single murder of spouse, but potentially one of these guys along the road could have been a mass shooting," he says.

Criminologist James Alan Fox from Northeastern University says gun laws aren't a guarantee against gun violence. He says we should also try to connect with people who are isolated.

Since the shooting in Newtown, more people in Connecticut have been reaching out to state agencies asking for help and saying they're concerned about others who may have guns.