Accessibility links
Fact Checking 'Hitchcock': The Man, The Movie And The Myth Patrick McGilligan, author of Alfred Hitchcock: A Life in Darkness and Light, evaluates the accuracy of the new Hitchcock biopic starring Anthony Hopkins. McGilligan says much of the film is a "creative and clever fiction" — but that's because "people would rather believe the legend" of the man. 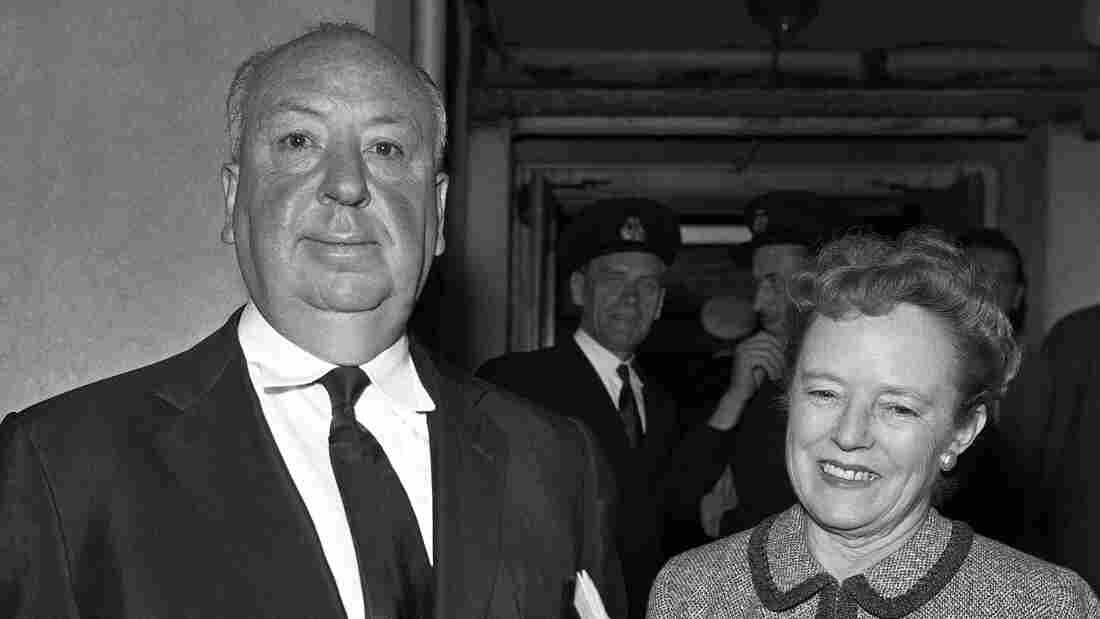 Alfred Hitchcock pictured with his wife, Alma Reville. The couple's romance stands at the center of the 2012 film Hitchcock. AP hide caption

It's awards season for Hollywood as the film industry starts doling out accolades. And this year, some of the films hoping to grab the attention of voters will have these words in common: "inspired by true events."

How close to reality is Hitchcock and how much is just "inspired?" Well, this week we're subjecting this and other biopics to some truth squadding. 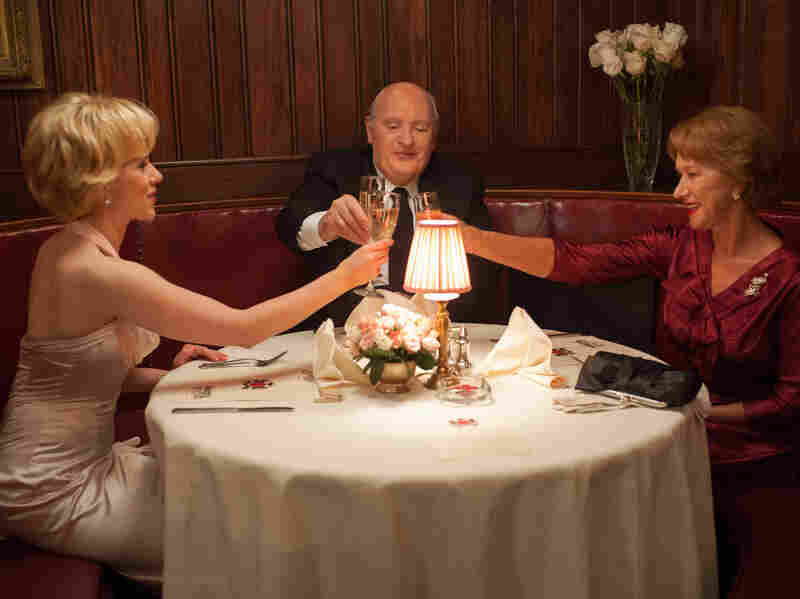 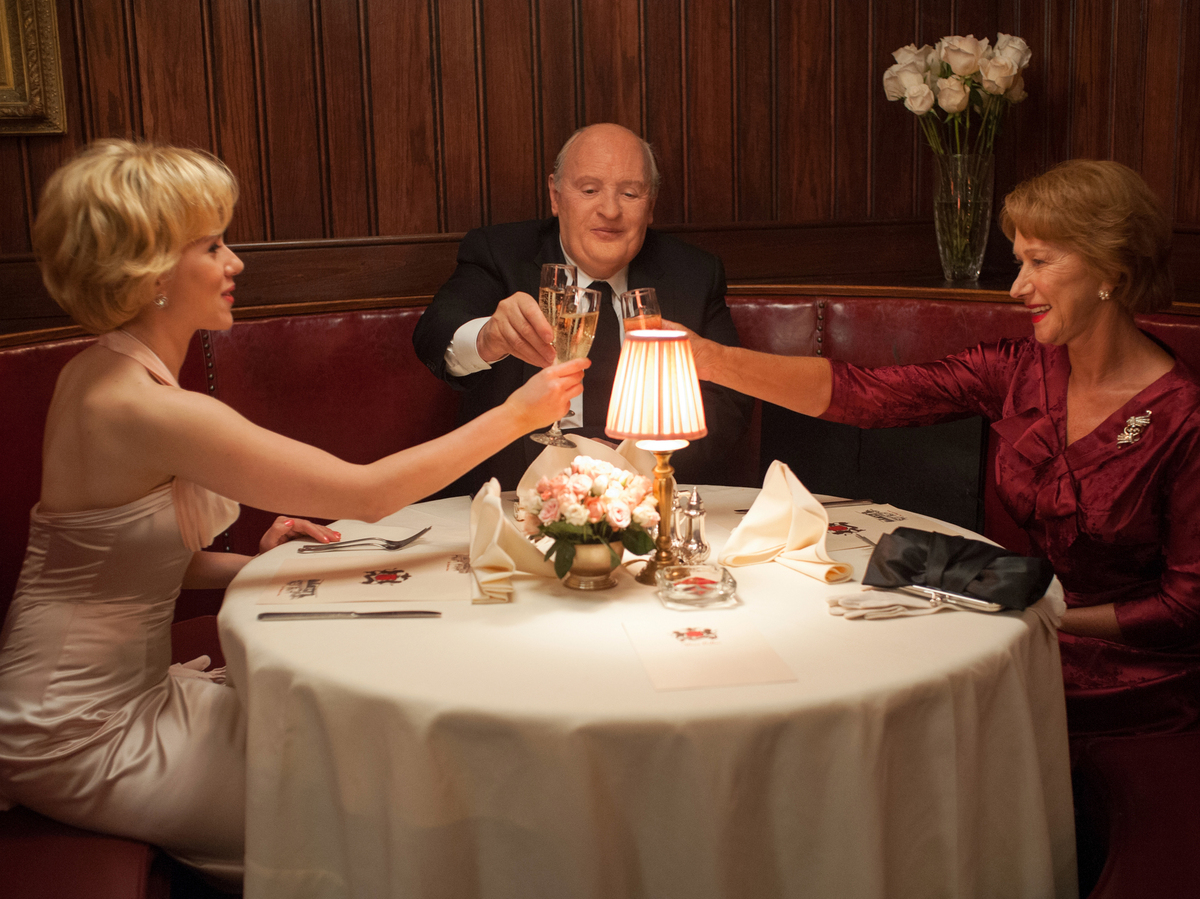 On whether Hitchcock, did, in fact, have trouble getting Psycho made, as the film suggests

"Yes, he was under contract at Paramount, and the studio was horrified at the possibility of this lurid film being made. Hitchcock forwent his salary and agreed to take everything on the back end, including percentages and ownership of Psycho. So it was one of the brilliant deals of all time, and Hitchcock and his then-agent, Lew Wasserman, foresaw its value to them."

"No. That's very silly. If you can take out a mortgage on your house and make a movie in Hollywood — then or now, no director did who was under studio contract. He had two houses, he had vast savings, so that aspect of the movie where he's — where they're constantly worrying about money to the point of talking about, you know, saving on groceries, is foolish."

On Hitchcock's relationship with his wife, Alma, which is portrayed in the film as a creative partnership strained by jealousy

"It's not true that they had strife in their marriage. In fact, I always say it's one of the few happy marriages I know of in Hollywood that lasted for 50-plus years. And they were creative partners, although the film goes way overboard to depict Alma as the person who bails Hitchcock out of every crisis that he's supposedly undergoing."

"Emails went around the world astonished at this plot turn, that Alma would go to the studios and direct what is described as a very important shot while Hitchcock is home in bed with a kind of self-induced illness because he's so unhappy over the way things are going in his private life. Complete fiction. And when I say something's foolish, I want to stipulate that I find the film to be a very creative and clever fiction, and one that you can certainly believe, partly because Hitchcock is such a legend and people would rather believe the legend."

"You know, at various times, the film crosses the line for me from entertainment into something that really I think diminishes Hitchcock's genius, and this was one of the instances. Didn't happen, wouldn't happen. He was a very — you know, his dignity and his control were very important to him and to his personality. I could see how it could be inspired — in other words, I think it's maybe a very clever move on the part of the screenwriter — but he wasn't that kind of person, and it's linked in the film to this idea that behind this guy who makes films about serial murderers is a guy who has violent impulses, which was not the case."

On Anthony Hopkins' portrayal of Hitchcock

"Well, I think Anthony Hopkins really brings people into the film. He is best at the very beginning and at the end when he's allowed to be funny, as Hitchcock, and everyone who knows him would tell you, was enormously funny. I should add, Robert, he was not funny when I met him on the set of Family Plot, standing in the long line of journalists who came from all around the world to watch him make his final movie, which everyone expected it to be. You could not ask him a question he hadn't been asked, and he was bored, he was glum, he was not in good physical condition, and he must have known the film was his last and it would not be very good."

"He started doing that early in his career by appearing in cameos, and increasingly funnier cameos, that we began to expect to see him in in his films. And he was a wonderful mimic, he enjoyed acting, he could stand up — especially in the silent era, if an actress wondered, you know, how she should behave in a certain dinner party scene — he could stand up and flounce around the room and show her precisely. And so he enjoyed, he enjoyed this idea of acting, and his persona and the image that he had crafted. And to some extent, Hitchcock — you know, the film that we're talking about — is something that he would delight in even if he might be horrified at aspects of it, because it is partly the consequence of this long process that he started in the 1920s of building himself into a public personality that we could take delight in, to such an extent that I don't think people in general are interested in the real Alfred Hitchcock."