Accessibility links
David Edelstein's Top 12 Movies of 2012 Fresh Air's movie critic does not think any masterpieces were made this year, but he does compare Daniel Day-Lewis to Julius Caesar and have some choice thoughts on the movie version of Les Mis. 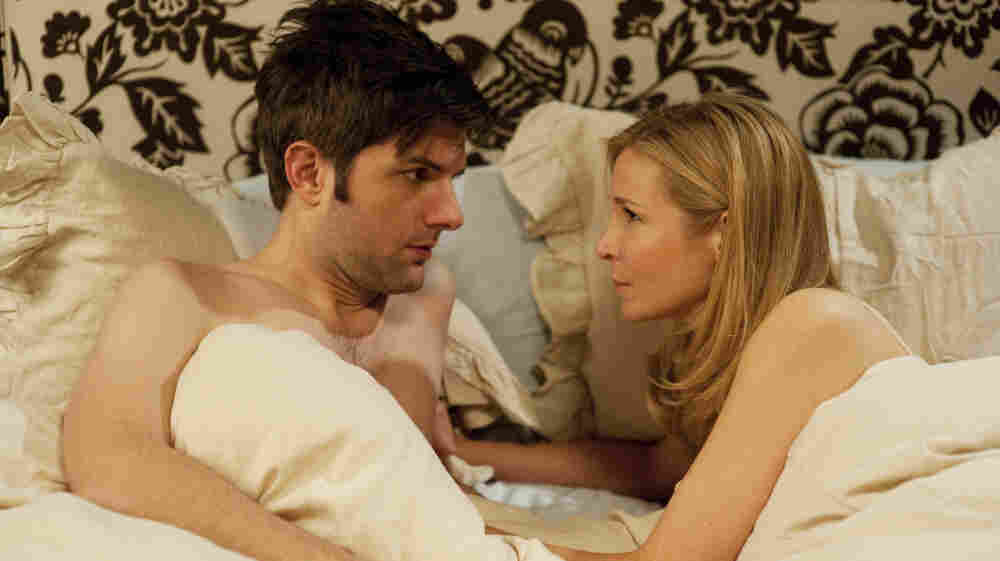 In Friends With Kids, Jason (Adam Scott) and Julie (Jennifer Westfeldt) play two best friends who decide to have a baby together while keeping their relationship platonic — so that the baby doesn't interfere with their own romantic relationships. JoJo Whilden/Roadside Attractions hide caption 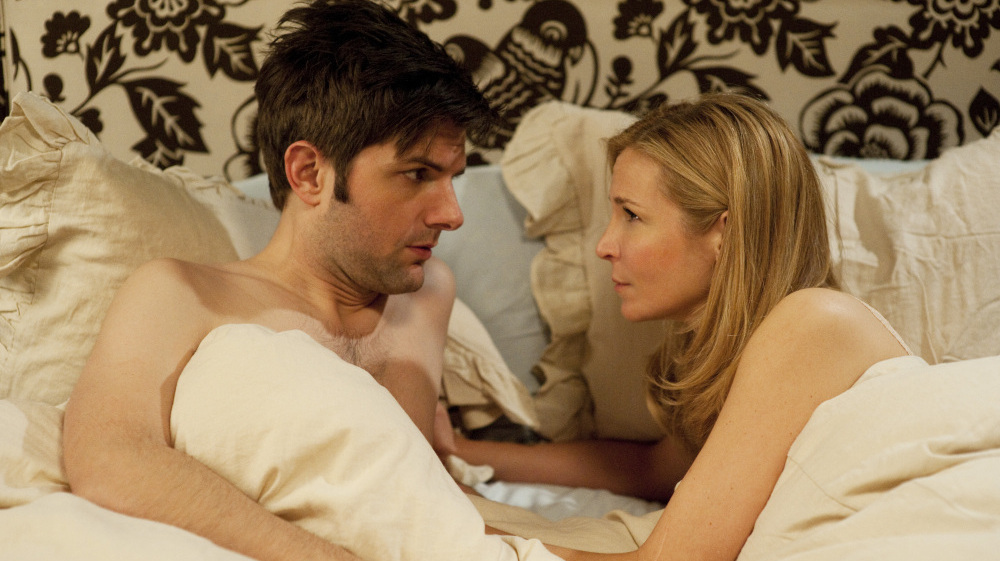 In Friends With Kids, Jason (Adam Scott) and Julie (Jennifer Westfeldt) play two best friends who decide to have a baby together while keeping their relationship platonic — so that the baby doesn't interfere with their own romantic relationships.

It's time for end-of-year lists. Fresh Air movie critic David Edelstein stubbornly refuses to either place his top picks in numerical order or make his list an even number of 10. Instead, he places his 12 favorite films from 2012 in alphabetical order, from Amour to Zero Dark Thirty.

Of the 12 films he picked for 2012, not one, Edelstein says, would he call the "M"-word — a masterpiece. That designation he reserves for the new extended DVD cut of Kenneth Lonergan's film Margaret.

When he first saw that movie, Edelstein says, "I thought the first half was brilliant and the second half was a fiasco. Lonergan got hold of it. He extended it by at least 45 minutes. He clarified certain things. I think that the film that exists now on DVD is an absolutely bona fide masterpiece. The story of a young woman's moral and emotional coming of age, unlike I think any that we've seen on-screen in decades and decades. People must rent it or buy it. They must see it, but they must see the extended cut. It really is the greatest film of the year."

Beasts of the Southern Wild

How to Survive A Plague

On Amour and director Michael Haneke

"I really hate Michael Haneke. I think he's a provocateur. ... He's kind of a sadistic, proto-punk guy and finally, in this case, he's discovered a real-world antagonist that's even more brutal than he is, which is time."

On Friends with Kids

"It comes on like a formula middle-brow rom-com about a lot of affluent white people, but it also has this very nervous high-strung anxious rhythm. The characters have their backs against the wall. The biological clock is ticking. They are suffering. They have money woes. They don't know, they're very uncertain about the ethics of bringing children into this world. So, I think in a way, that the film captures — better than any film I've seen — so much of the anxiety floating around [about] how we breed now."

"I came to it a virgin and what I saw on-screen was a transcendentally tasteless bombardment, an absolute horror show that in a just world would send people screaming from the theater."

On Daniel Day-Lewis as an actor

"It's very hard to talk about any year in which Daniel Day-Lewis appears without talking about Daniel Day-Lewis. There's a sense in which he bestrides the narrow world like a Colossus, as someone says of Julius Caesar. Here is someone who combines the sort of method actor's total immersion in a role, and at the same time is just an amazing craftsman, is formally so disciplined."